The time has come...to check out the launch trailer for Super Roman Conquest. Take command of your legion and fight for Rome! Developed by two developers behind Star Wars: 1313 and Star Wars: First Assault, SRC is a multi-layered side-scrolling RTS set in Ancient Rome. Find SRC on Kickstarter via the link below.

Posted by SuperRomanConquest on Oct 23rd, 2013

Hey all, Matt here. I wanted to share a couple of new developments with Super Roman Conquest mainly the launch of our Kickstarter page. To celebrate such a joyous occasion, the Senate has granted permission for us to share images straight from the front lines of the war against the Barbarian hordes!

Here, you can see the ingenious units of your Legion's engineering corp. These specialized units can collect various resources throughout your campaign that allow you to build bridges, ladders, and powerful siege engines. Engineers are the only unit that can change the face of the battlefield -- access hidden areas, unlock flanking routes, and claim long forgotten treasures. 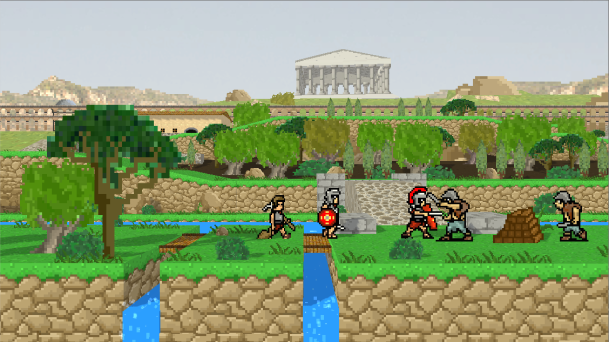 The archer is a strong defensive unit that is best suited for ranged combat. They are extremely deadly when holding the high ground against a tightly packed enemy army. 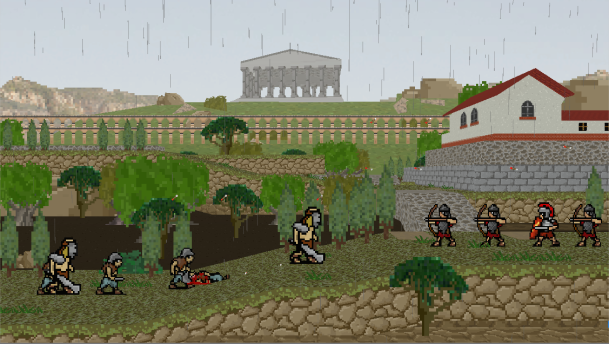 Siege weapons can be a commander's best friend when fighting elite enemy units. Below, a catapult prepares to fire it's deadly projectile at oncoming enemy forces. Catapults are weapons built by an Engineer and manned by a specially trained centurion. Theycan be upgraded to fire a flame projectile which does additional damage to the health and morale of the enemy. 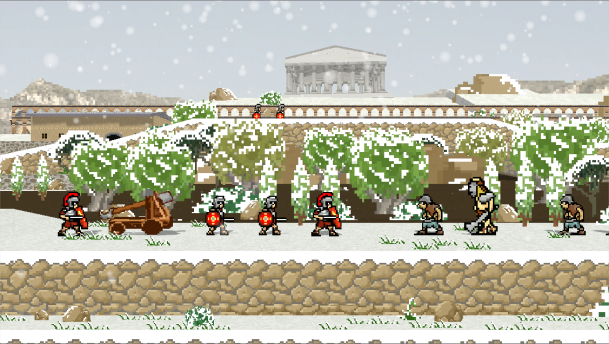 And finally, the Kickstarter launch trailer for Super Roman Conquest! If you enjoy what you see, find SRC on Kickstarter and fight for Rome and for the Republic! Mark your mark on the history of Rome!