In this devblog we'll talk about the storytelling in the upcoming 0.6 update

State of the Kickstarter

Before we dive into the second devblog, here’s a brief update on the Kickstarter.

Delaying the Kickstarter gave us more time for important tasks such as polishing the Kickstarter page itself, improving the demo and reaching out to people who might be interested in covering a game like UW. We now have a pre-launch campaign page on Kickstarter. Check it out here and be sure to share it.

The demo saw many great improvements. Besides finding and fixing dozens of bugs—most of which were thankfully small annoyances—we were also able to implement things that didn’t make the cut from our last deadline. This includes additional missions and quality of life improvements such as the feature shown below.

To make squad management easier, the game will now warn you if there are problems with characters that aren’t immediately obvious from the world map screen.

UW and its story

Making UW a hybrid between real time tactics and visual novel isn’t a recent idea; in fact, it was planned from the very start. While there were previous prototypes experimenting with that, you might have noticed the complete absence of any VN elements in the current 0.5 demo on Steam.

Up until the 0.5 release, we wanted UW to have two game modes. Dynamic Mode, which would feature the randomly generated gameplay you saw in 0.5 and Story Mode, which is where the VN was supposed to happen. After 0.5, we decided to scrap that plan and merge the two game modes into one. The story would happen on the same world map on which the random events occur. This is 0.6 and it’s going to be the first public version of UW to have a proper story.

UW started as a primitive 2D game and evolved into the 3D game you can see now. Just like the game itself, the scope of the VN aspects grew, too. Below you can see a VN section of the very first public demo of UW, released in 2018. 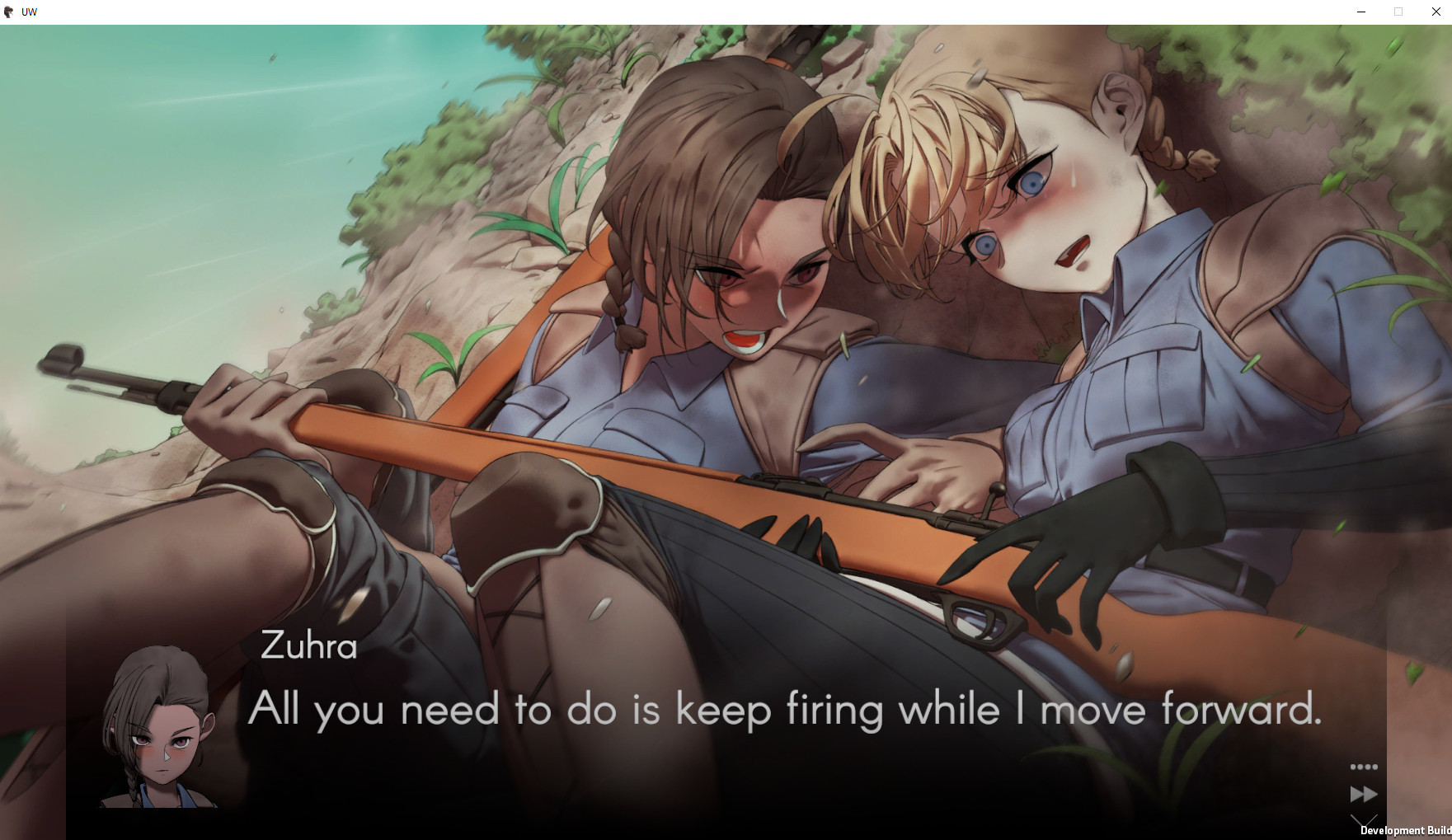 The artwork shown above was good by our old standards. Usually the backgrounds would be photographs we put through cartoon filters, resulting in cheap and jarring looking VN sections as seen below. 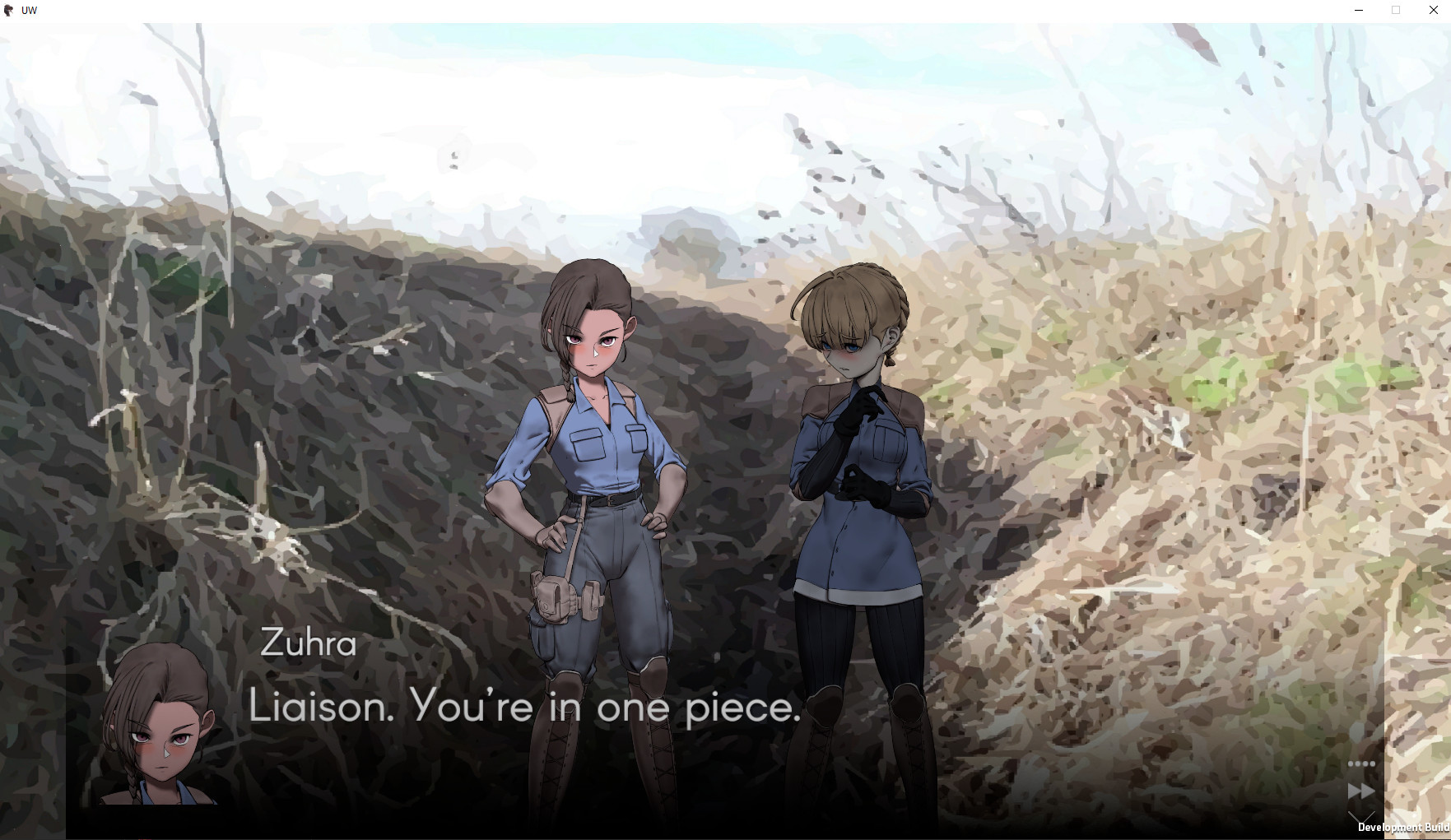 There were some poor audio effects during the cutscenes and no background music.

As UW turned from a 2D into a 3D game, so did the VN sections. Inspired by games like the Persona and Fire Emblem series’, we’re now using a mix of 2D and 3D artworks in UW’s cutscenes. 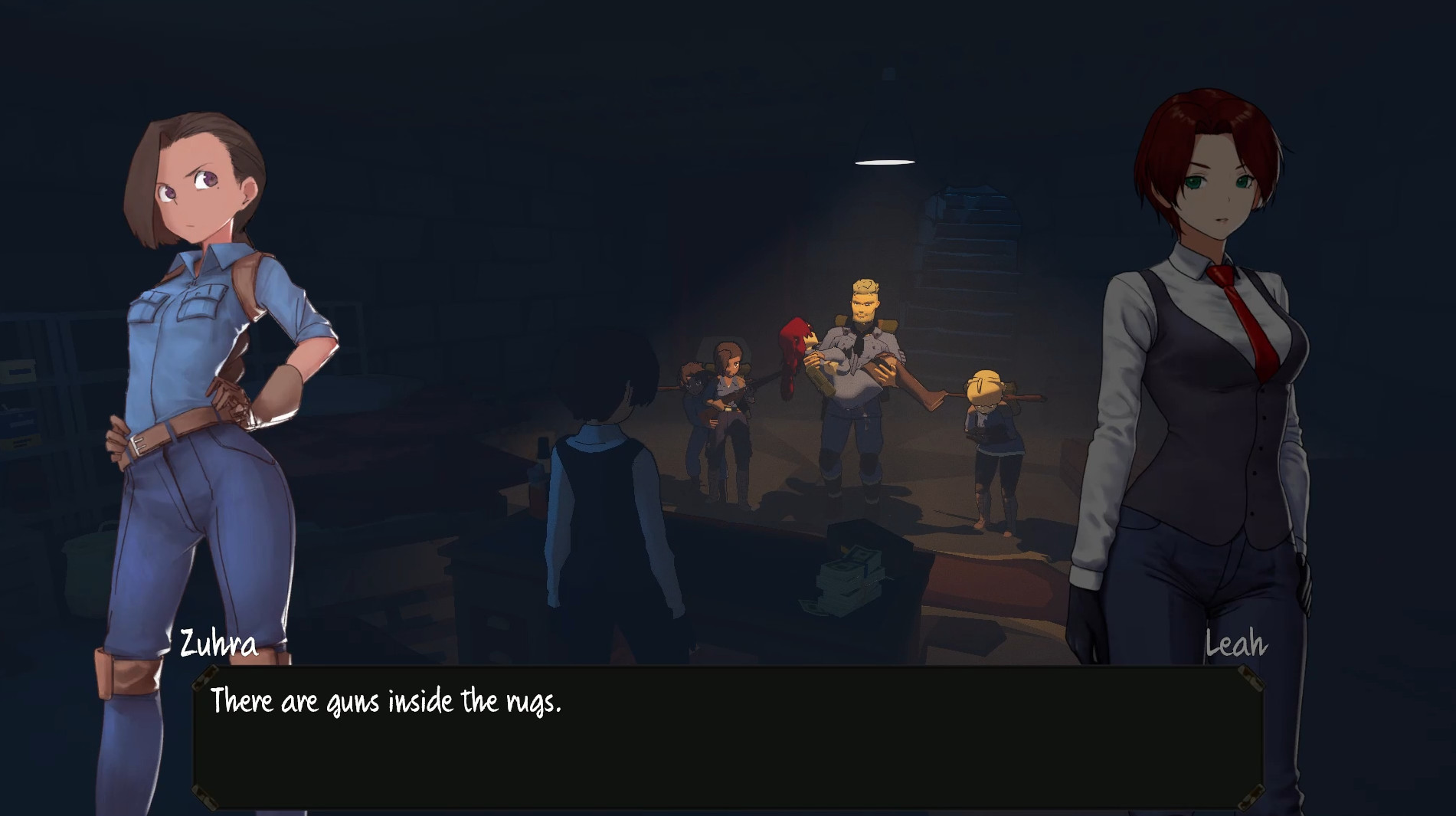 The above screenshot was taken in 0.6. The improved character art by Rizu and Montie and the 3D backgrounds vastly improve the quality of the VN sections, as does the addition of ambient sounds and music.

The above changes already make 0.6 a huge step forward. That being said, these VN sections are still in an early stage and will see further improvements in future. The look of the textbox and the font are just temporary and the cutscenes themselves will also get major overhauls. We hope to add character animations to them in the future. For 0.6, they remain mostly static.

We also added a system where the health and equipment of the characters are reflected in the 2D artwork. This isn’t fully integrated into the VN system yet, but you do get to see it in the portraits of the characters during gameplay. 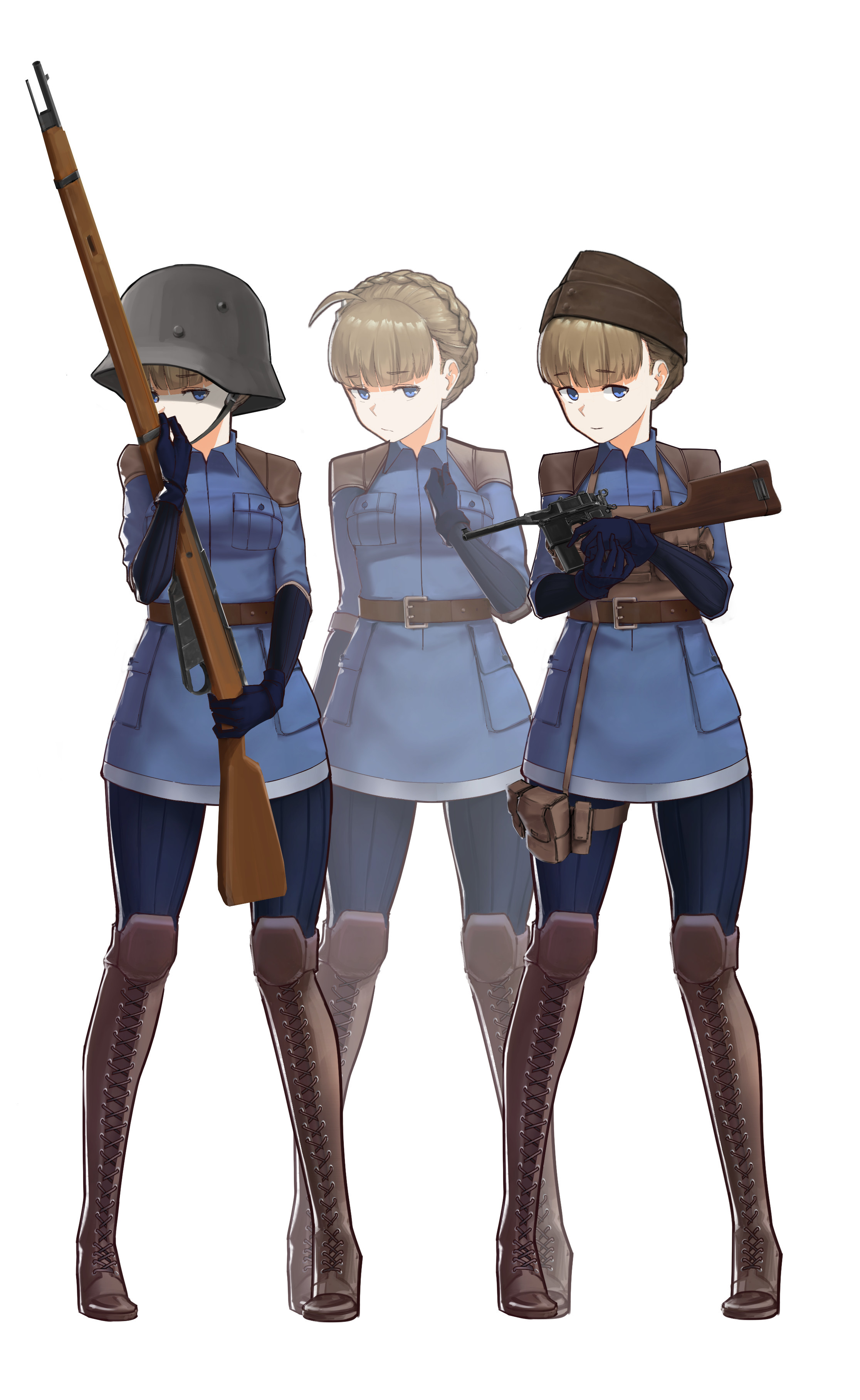 The next post will be about the new tank damage system in 0.6.