Finished up the Soul Saga music video for the first half of the Kickstarter. On to the second half of the video! 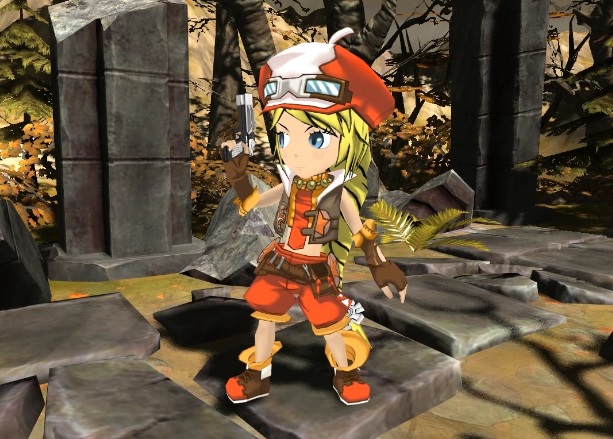 Hooray~ The Soul Saga music video is done! After a week of prototyping and experimenting based on lots of feedback, I'm very happy with how it turned out! Especially considering it's the first video I've ever made. This music video will be the opening half of the Kickstarter video.

I'm told by the voice actor director that he thinks we'll finally be able to decide on a voice for Mithos by this weekend. In the meantime I am going to start prototyping the second half of the video which will have Elise and Mithos introducing the game to you guys. I'm also going to be polishing up the Kickstarter page layout and content. Stuff is going very well lately, so a Kickstarter in about 2 weeks should be very possible!

Glad to see things are working just fine, Mike! How are you, btw? ^^
I'll see if I can end up getting some money for your Kickstarter project, depending on how long it's going to last.
Keep up the good work! :D

Hey BadxFox! I'm feeling pretty darn good lately. How have you been?

Stuff is moving along smoothly and I'm both kind of nervous and excited for the Kickstarter. I was too shy to get on camera, so instead I'm going to do a mock-scene of the 2 main characters, Mithos and Elise. They're going to introduce the game a little more for you.

And thank you for your support! =D

Thanks, Ratchet! I think you'll like them even more when you see them moving in the Kickstarter. =)

So happy to see this game coming along! This is going to be great! Heck, it already is.

Thanks DrSalvador! =D I look forward to your feedback when you see a lot more about the game during the Kickstarter!

All the best with the voices and the kickstarter- will try and earmark some funds to support. :)

Thank you very much A-Frique. =) If times are too rough to support, it would be even more helpful if you could help spread the word once it starts. =) And thanks for sticking around and reading my blogs for so long!

I will try my best to support and spread the word. ;) Reading your blogs has really kept me motivated and also helped me focus on my own work- I really should be thanking you. :)