Added new stock art for the forest in Soul Saga and added a lot more particles to skills. 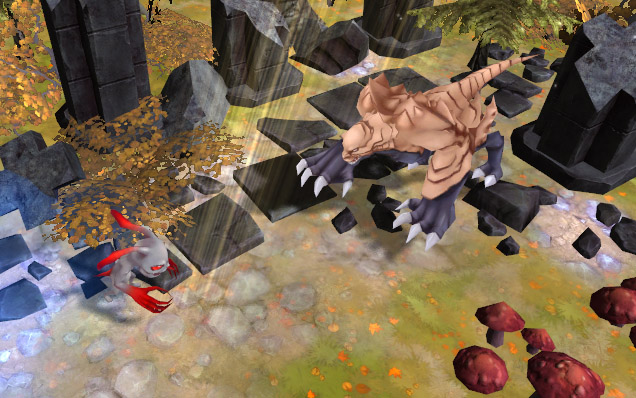 Today I mostly spent time on polishing up some particles and adding in new stock art for the forest scene. One of the biggest complaints I was getting was that the art assets I was using for the forest were not very appealing. The new assets should fix that, but I had to contact the artist regarding them because of a lot of issues with lighting. Oh ya, I also added in better lighting and turned on the shadows. =)

:( Hope things work out with the theme song.

Thanks A-Frisque. It's a pretty silly situation, so I honestly am very surprised it's even become a problem. I was in love with what I heard so I really hope I can share that same song with you.

I guess it's to keep pushing. Hopefully it will be resolved soon. Wouldn't want you to fall off the good pace you've set for yourself cos you're depressed.It's still some good work done looking at the list of things accomplished. :)

Hi again, Disastercake
Looking pretty good, as always. Good luck with the theme song!
But, hey; Don't you think you're pushing yourself too far?
12 hours working on the game sounds a bit too harsh.
Regardless of how much you want the game done, don't over exhaust yourself!

Thanks BadXFox! I will try to be careful. I may be taking a little extra time off the next few days. But, every time I say that I usually only end up taking like 2 hours off. =P