Links to our various social media accounts as well as an update on what our milestones for the game are and what features/aspect make up the game!

I just wanted to share some of our links to where we post daily videos or gifs of our game while we are producing it. We don't have a youtube or proper footage to put out yet, we will once we get closer to Kickstarter in September.

Still being worked on actively but being delayed to early access of late 2021!

Currently, it is projected the game on full release will have 5 worlds with 7 levels each, not including easter egg levels and boss levels. RPG mechanics consisting of crafting and looting system and an ability tree. This will be the full scope of the game no matter how good or bad the Kickstarter does.

We will continue updating the game free of charge with three major updates. Besides each update containing new items, abilities, levels, and enemies for the game, they will center around 3 key points.

Our goal is to have it set at a 15-20 dollar price point. No DRM with cross-platform. Buy once and have the ability to access it from anywhere. 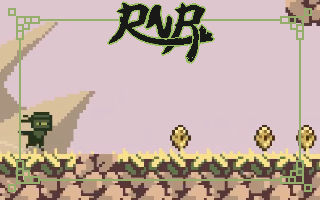