Post news RSS So, Glob is on the Google Play Store!

After testing on a few devices I pressed the button that promotes the latest version into the app store. Yes, the actual Google play app store!

…although don’t get too excited, it’s completely pointless and doesn’t do much. 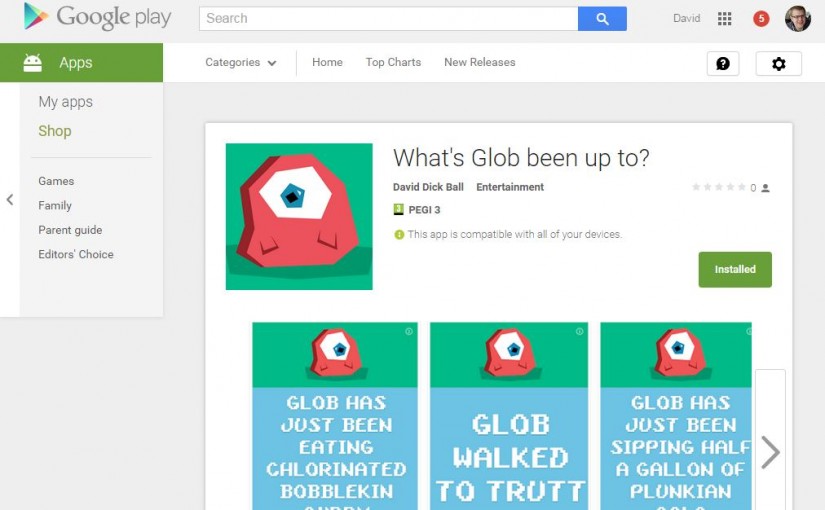 Although some of the sentences it generates can be quite amusing. And you can check back periodically to see other stupid stuff that he might have been doing.

I’ve blogged several times about Glob, read those if you’re interested in the progress. But for now lets just focus on the fact I’ve finished something. In my spare time and everything!

From Beta to Production

After testing on a few devices (I still haven’t found a better way than actually having those devices though, which is quite limiting) I pressed the button that promotes the latest version into the app store. Yes, the actual Google play app store!

This means people could find my game and download it!

I can’t work out what those people would make of it though, as it’s so pointless. I might get some low ratings. Or I might get nothing at all. I assume there’s some sort of Google algorithm for what apps get shown at the top of the list, and without any likes or reviews or downloads I assume mine will be very low down.

If you’d be kind enough to rate, that would be very nice but don’t worry about going overboard, I know it isn’t exactly 5/5 material!