I just wanted to create this quick reference guide for how to upload an Android game (mine’s a Unity game, but I suppose any .apk file will be the same) to the Google Play Console. Mostly because it’s easy once you’re used to it, but as a beginner it’s not straightforward, and I’m worried that at some point I’ll forget how it all works :-)

The app I’m using in these screenshots is my game called “Chicken Fokkers” which you can download here.

These screenshots are showing me replacing an existing app with a newer one. Google Play Console sensibly calls them “releases”. 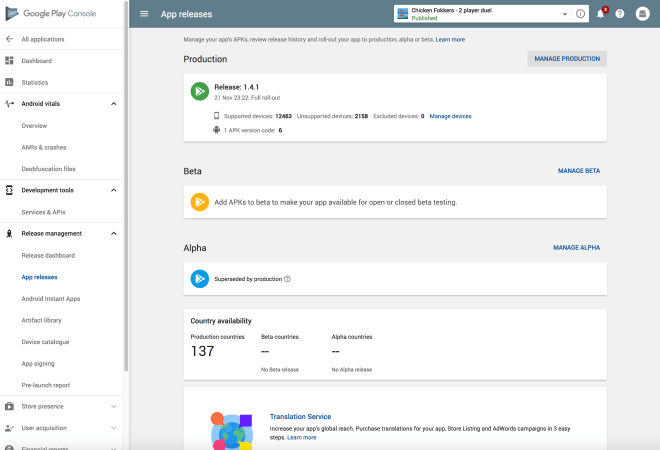 Your current “release” will be shown. The version number showing here comes from Unity, which you will have to increment for each new release, and you can write however you want (as long as it’s higher than the previous), and the “build number” is a simple integer.

You can upload to alpha and beta here, so you have get people testing a version while the live version is unaffected. But tbh, my games have a small user base and I test them pretty well that I don’t see the need for a beta right now, unless I need specific feedback.

This shows information about the release currently in production. You can also see a history of previous apps. 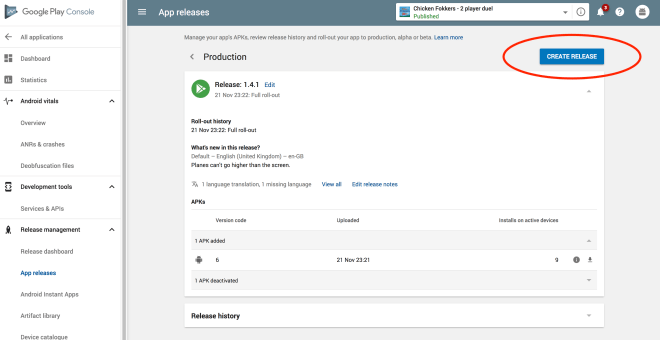 You then get an area to upload your apk file. Below it shows you the releases that it’ll replace. 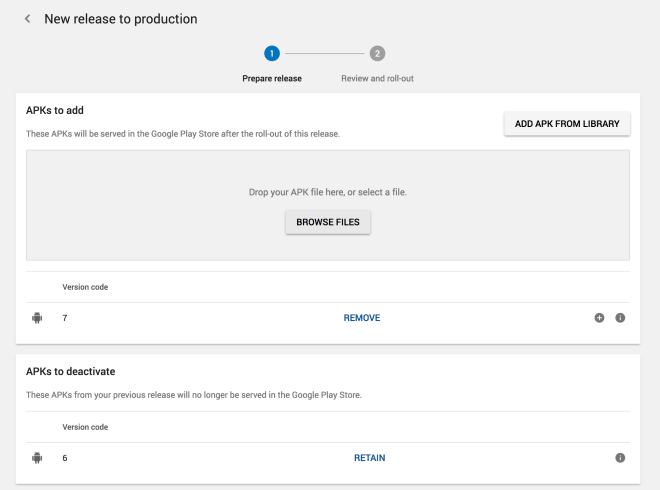 Browse for the file or drag it into the area. 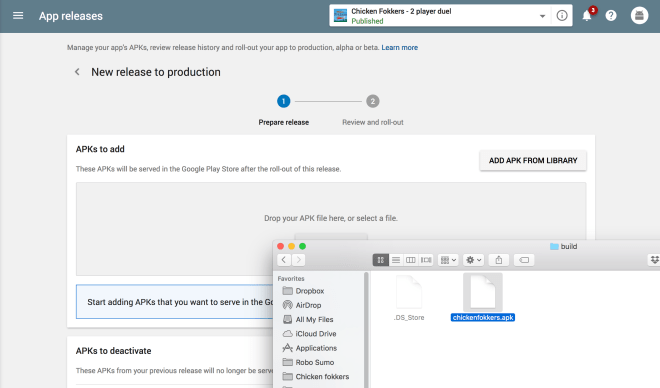 It’ll upload and then you’ll be shown an area where you have to write release notes. If you’ve got different language versions like you can see I have a French version, you’ll have to provide one for each language. 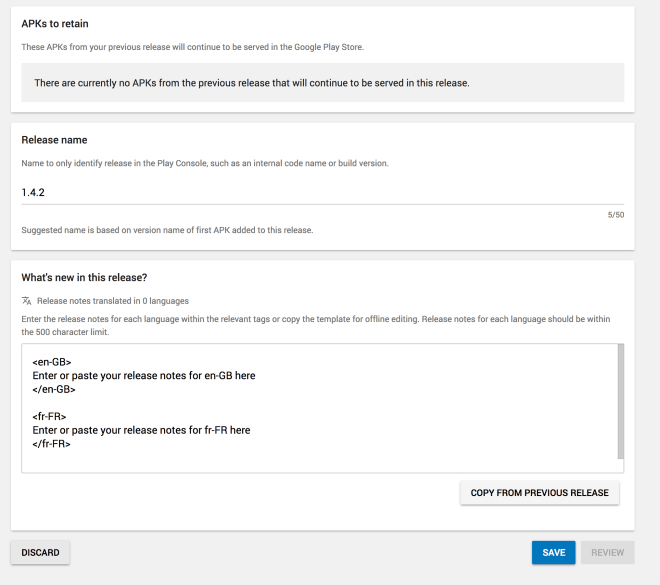 It’ll give you a review of the release, including what’s being replaced. 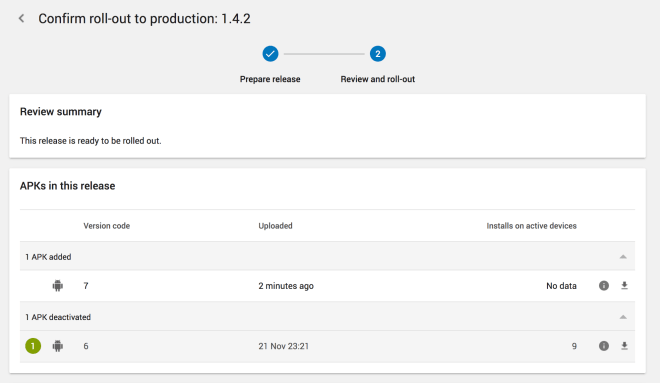 It’ll ask you for a percentage of your existing users to roll this out to. Currently there’s only a small number of people who have my app, and I want them all to have the update so I select 100%.

Press “Start roll out to production” and that’s it! It’ll update on people’s phones at some point.

My current project - Escape the sector