I have been working on some more bug fixing and a bunch of behind the scenes stuff for the last couple of weeks in preparation for some of the new content we have coming. I also added a sneak peek photo section at the bottom of this post showing the next location and activities coming to The Coin Game.

WORK IN PROGRESS PHOTO NOT YET RELEASED 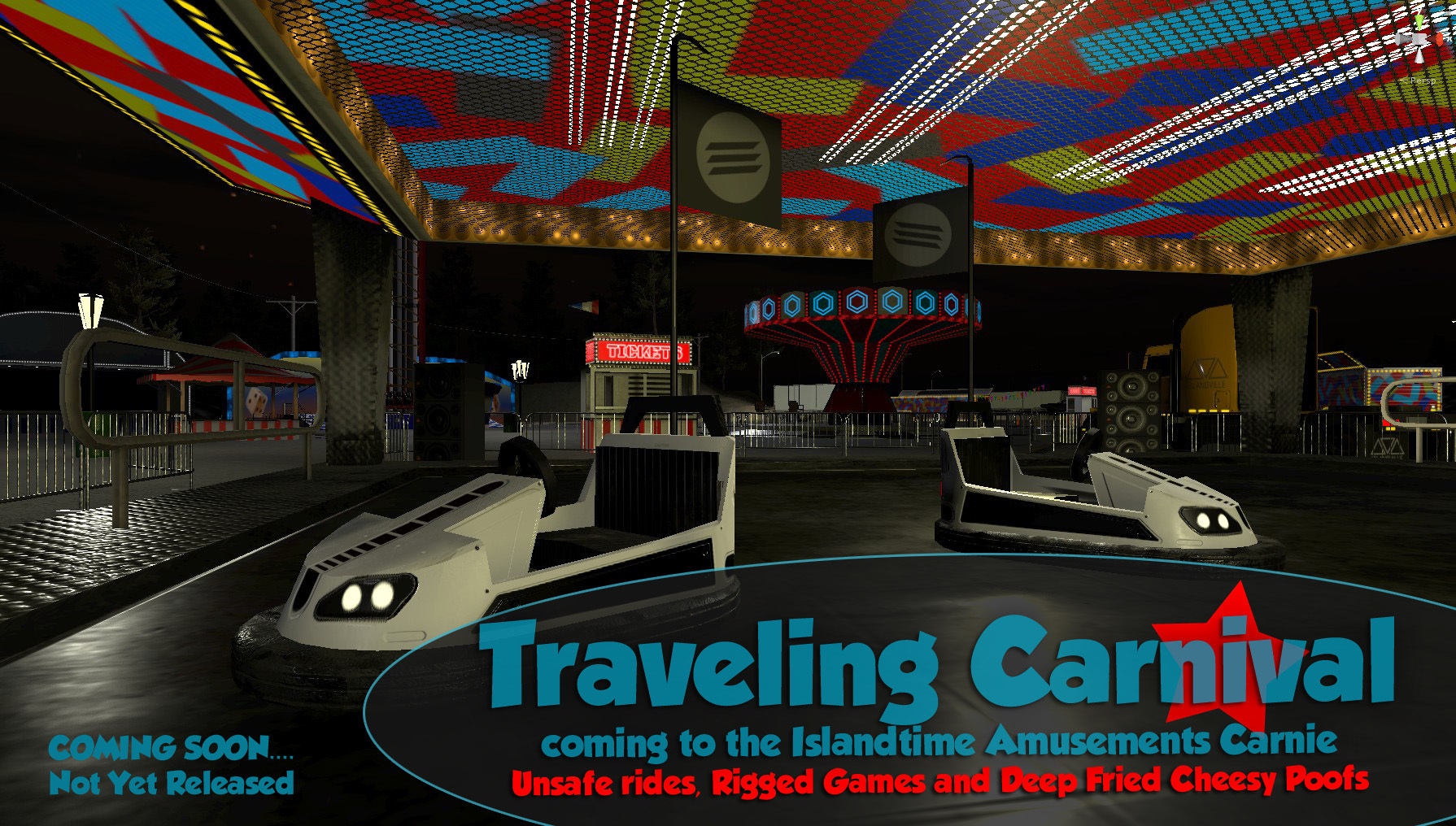 I have been working on some more bug fixing and a bunch of behind the scenes stuff for the last couple of weeks in preparation for some of the new content we have coming. I also added a sneak peek photo section at the bottom of this post showing the next location and activities coming to The Coin Game.

Patch Includes:
* Fixed the music credits as they were not showing half of the artists. BIG THANK YOU to them.
* Changed some of the Graphics Raycaster Components on some of the touchscreen enabled computers to stop the no mouse input problem.
* Higher res in the Potato Setting. I mean you couldn't even read the menus. lol.
* Dunko cards get stuck under the pusher less now. I made the colliders on them a bit thicker.
* Fixed the NO colliders on some static buildings. People were walking through walls. yikes.
* Fix formatted text on Mega Drop panel.
* You can no longer add larry to your inventory. He didn't like being crammed in your backpack anyway.
* Fixed "Remaining" spelled wrong in Text message. I'm not a English Grammar Wiz kid and I am really sorry about that.
* Fixed more spelling errors "Buss Pass" on bus stop is now "Bus Pass"
* Cant click on doors from the golf cart anymore.... I basically closed the Drive Thrus.
* Added some extra colliders to the Hockey Hut to stop stray pucks from trying to run away.
* Gave Larry The recognition that he deserves by adding his name to the sign out front of his own business. Thanks BrutalMoose. ;)
* Fixed the Drinks not spawning an empty can after you drink them. They were just piling up behind one of the machines in Larrys Arcade. Right behind the Stack em up game is 0,0,0 in world space.
* made a Reset golf cart button on the watch map menu when you are outside. It will reset the golf cart to the original spawn spot from the beginning of the game. It is right next to Larrys Arcade.

- No I did not fix Mega drop yet. She is still in the shop getting repairs to the super bonus. Its broken from scamming so many users.

Camera Post Processing:
* Added a little Bloom (Very Little)
* Added a little AntiAliasing to help with the jaggy edges of mesh. (Not too much as I like the PS2 vibe to give it a little flavor)
* A little Tone mapping to tone down the drastic coloring of some of my texturing.

That's about it for this patch.... As I am mainly working on the overall flow and play of the game still for all the new users.

Thanks again and see you in the next update!

I thought I would drop a couple teaser pics of the next location coming to The Coin Game below. It will be a fun interactive traveling carnival with approx 5 of your classic amusement rides. There will also be around 6 - 7 new detailed and interactive classic carnival games at the large parking lot venue. There will be some new prizes to win. Yes they will be jumbo.

More news on this later but I just wanted to get it out there and show a couple of the carnie games and early Substance Renders of them. 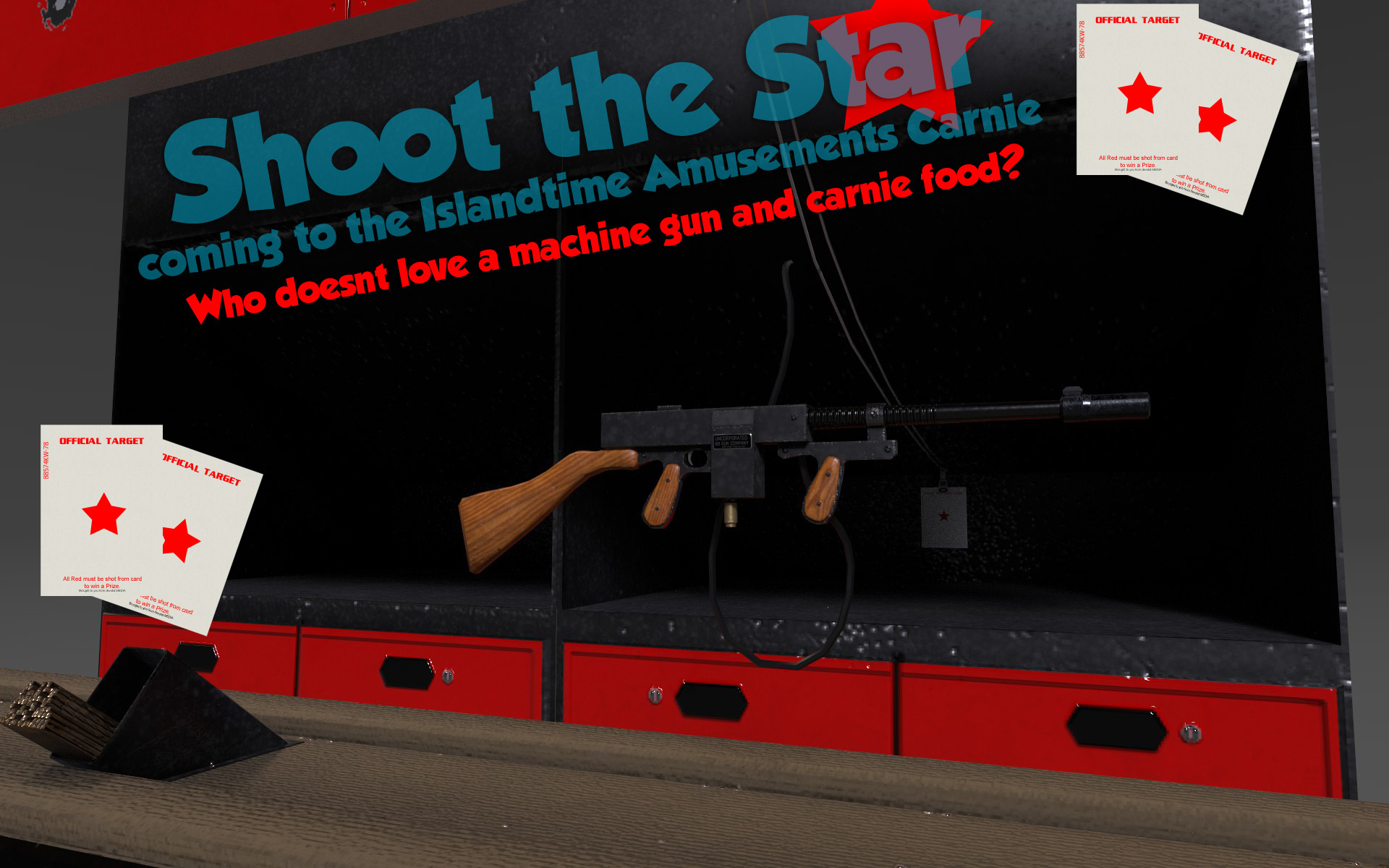 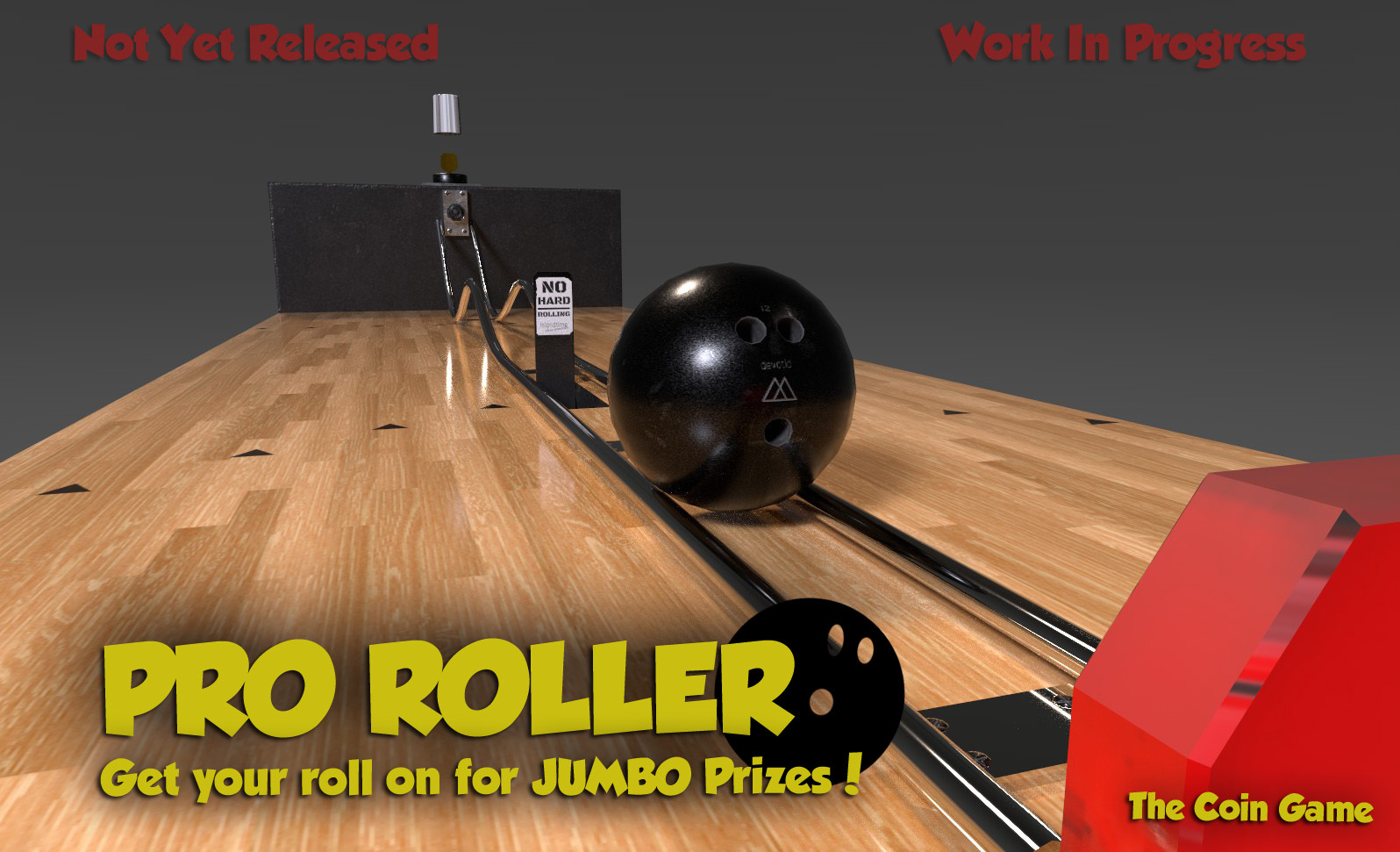 Following these classics are many more games, unhealthy foods, unregulated and unmaintained amusement rides plus lots of silly youth filled activities in The Coin Game. So stay tuned.