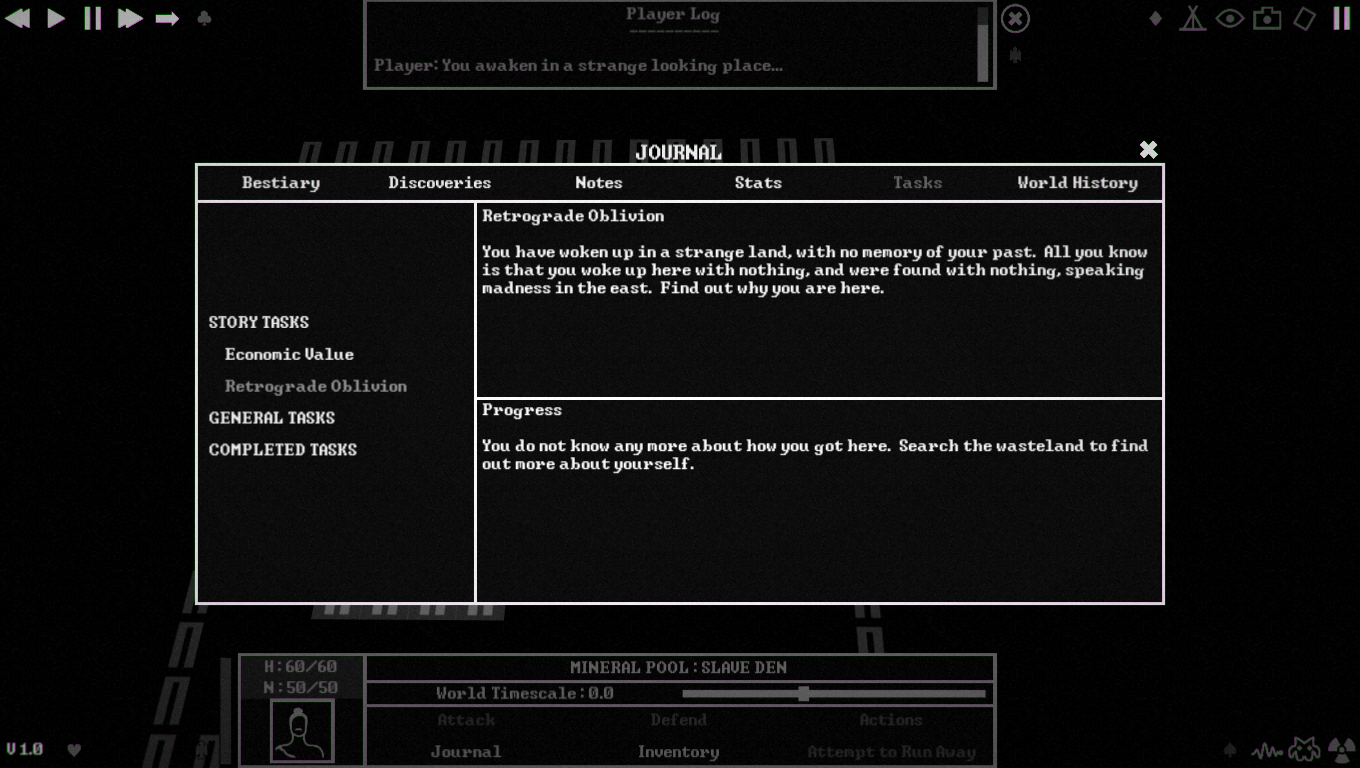 The game has been pretty void of a true "story," and while we have no plans on adding a set story, we do understand the lack of drive that presents. With the 1.0 release we have included a very basic story for the player to uncover along with a new task and a few key items relating to this, hopefully this finally answers the question of where the player came from. 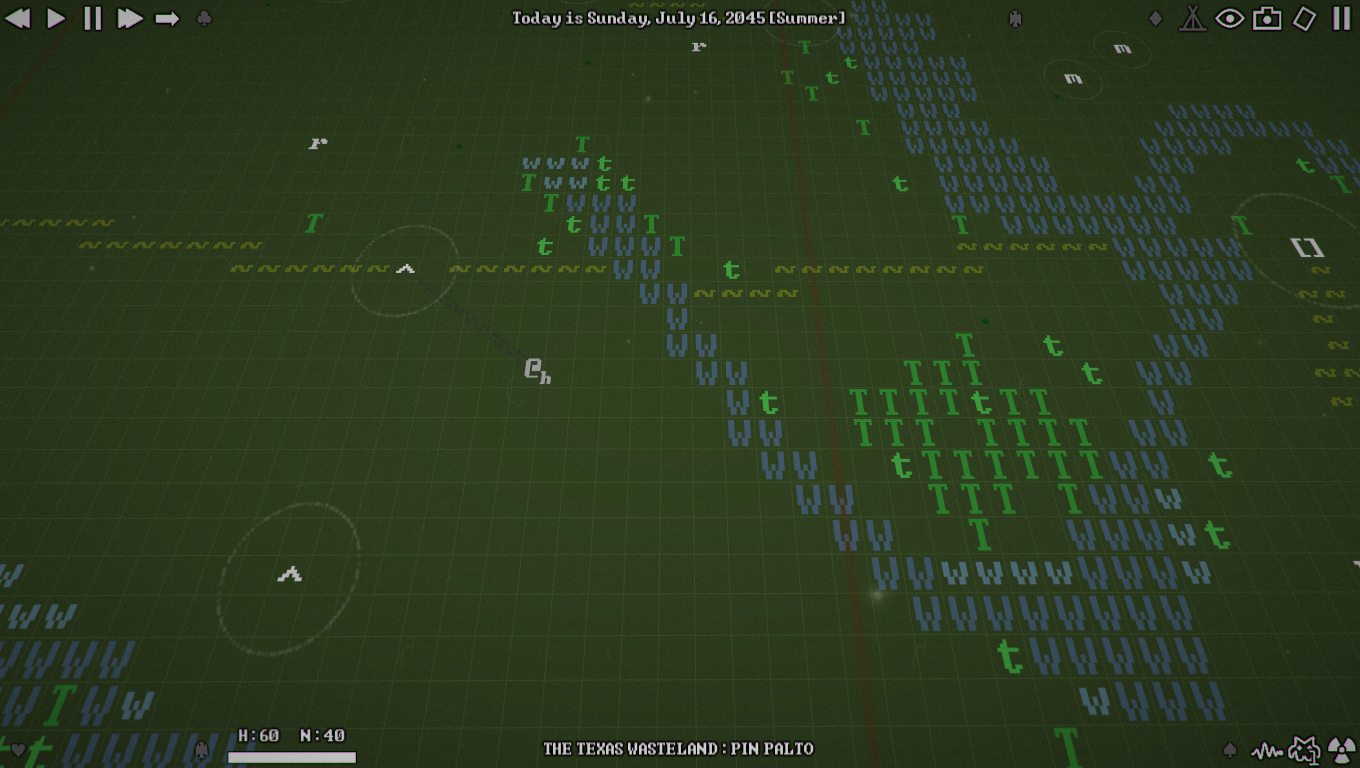 The ASCII art we have had in the game since its conception has finally received some form of an update. Now there is a new Shading option that will allow players to play with the original styled black-and-white ASCII art, or with a new colorful ASCII sprite pallet. Now things pop just a little bit more and the world is much less confusing to traverse because of it. 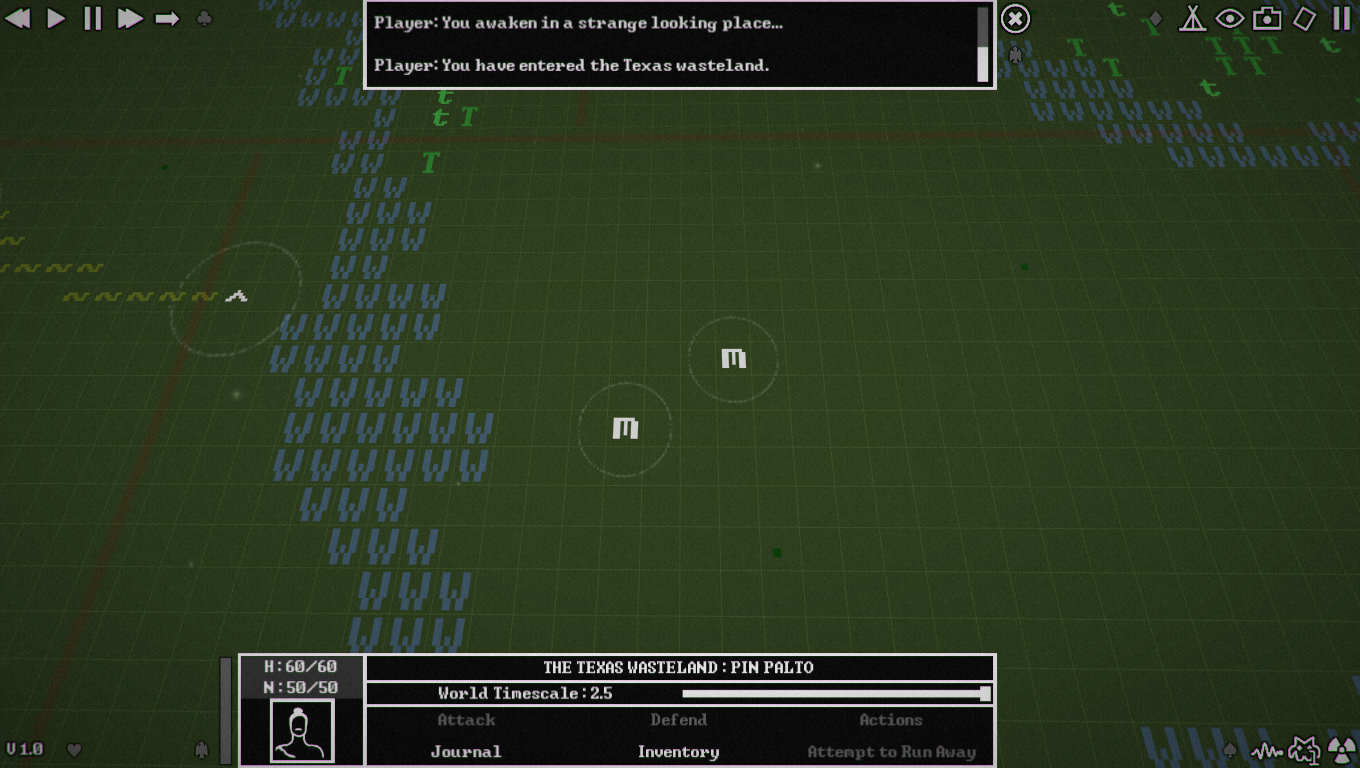 The game up until now has had a few pieces of in-game time related content, but we really liked the idea of having new semi-random experiences for player's to enjoy so we stepped it up a bit for the 1.0 release. This isn't the worlds largest change but now a few key elements of game play revolve around what day it currently is and how many days has past since the player has woken up. 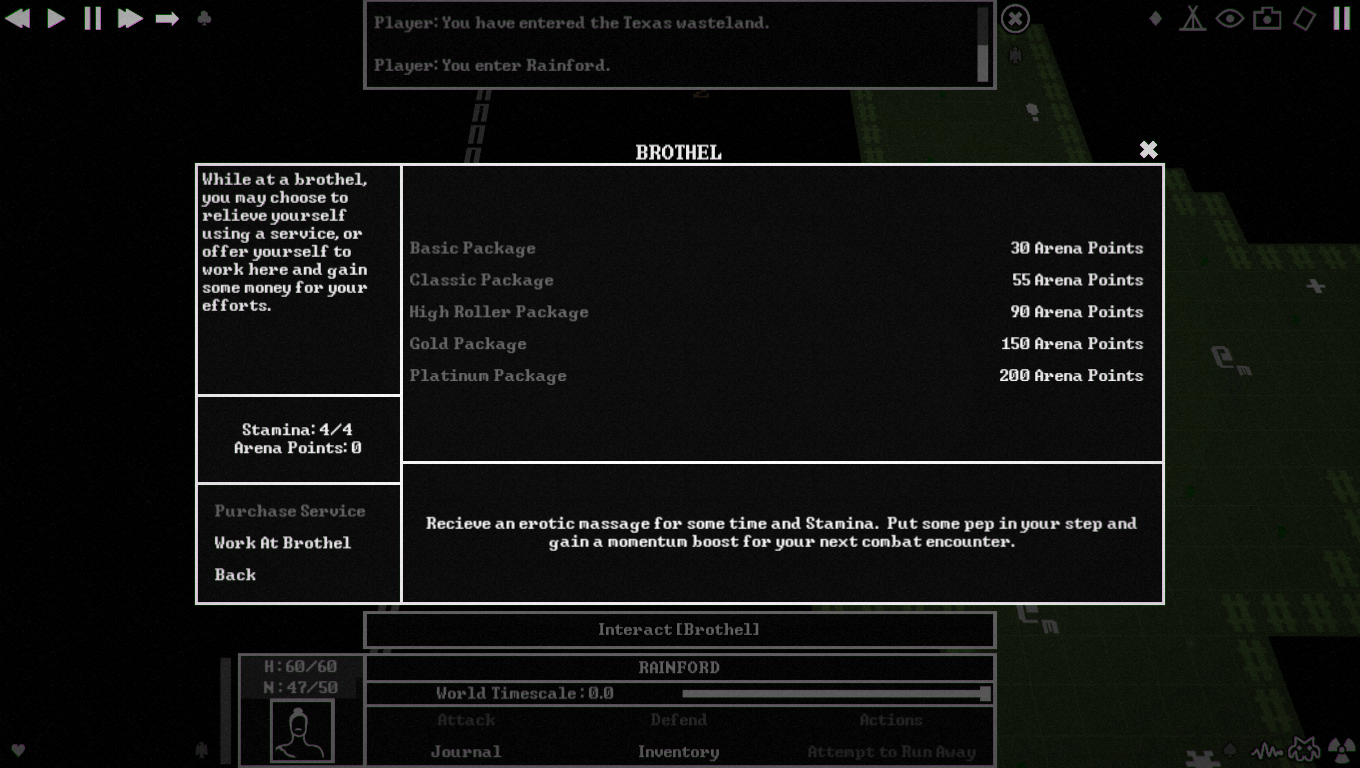 There has been a serious lack of money making in a game that is all about making money, but now there should be at least a few more ways to do so. A new job/interaction has opened up called "Brothels," and the ability to barter with the NPCs of the district has finally been implemented. Both of these mechanics have been in the works for a while now and are a great way to try and clear your debt while adventuring around, just be careful of who sees you "servicing" others. 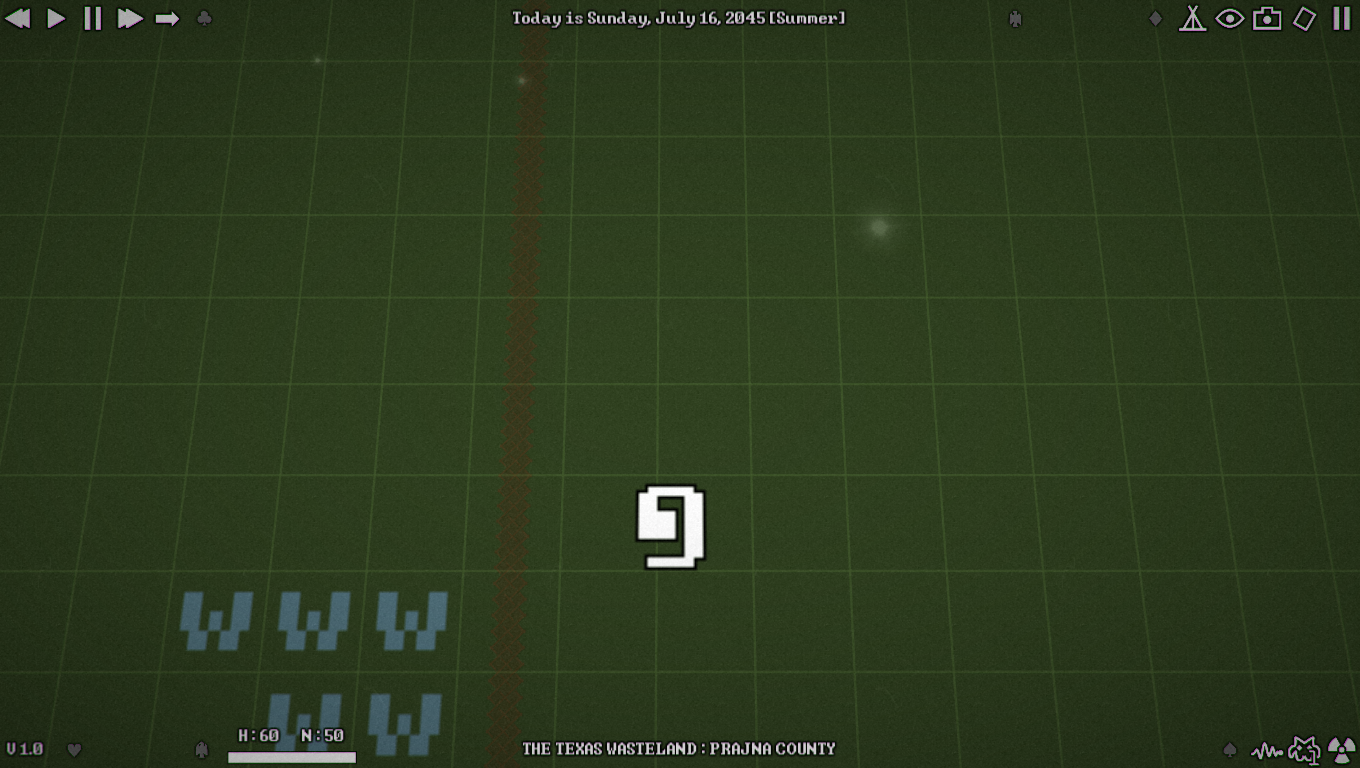 When transitioning into a 1.0 release there always needs to be some form of polish, and gee willikers we have polished the heck out of the game. On top of fixing a lot of really glaring problems the game had, we have also made some changes to the overall feel and balance of the game. No this does not affect the previously established difficulty settings from the older versions, but it will hopefully make the game a bit more fair without being overly forgiving. Of course the bloated UI set up that we have had since the first public release has also been updated, so that while the older UI is still the default, new icons next to the UI can toggle a much more compact and equally as helpful mini-UI mode. Now this work-in-progress new-but-old RPG created for the most hardcore of gamers has been casualized by allowing more to be seen on the screen at a time, and that's a good thing!

We appreciate the great support we have received while working on this game, it has meant the world to us and we hope that you all enjoy the turn out of all of our hard work. We hope to continue supporting Slave RPG for a while and in-between this and our next project maybe even fixing up what remains of Angels That Kill. We wish you all the best, and have a wonderful day!

This game really got me curious.

It's interesting to see how Slave RPG uses sets of characters for its world.

So it's a breath of fresh air I guess.

We appreciate the feedback! And yeah the trailer is a little odd, but we like that kinda stuff.