Immortal Redneck's enemies are fundamental to its appeal, and Skull and Flying Demon are the first two aerial ones in our game.

What do a Skull and a Flying Demon have in common? That they will kill you in a instant if given the opportunity!

There's been a while since we talked about Immortal Redneck bestiary, so let's do it now. You already know about the Warrior, the Archer and the Monkey, three of the most basic enemies we have. Today, you'll meet the Skull and the Flying Demon, both of them capable of hitting you from the air, though in different ways. They are our first aerial creatures and they were a particularly interesting challenge.

First of all, a look at them. 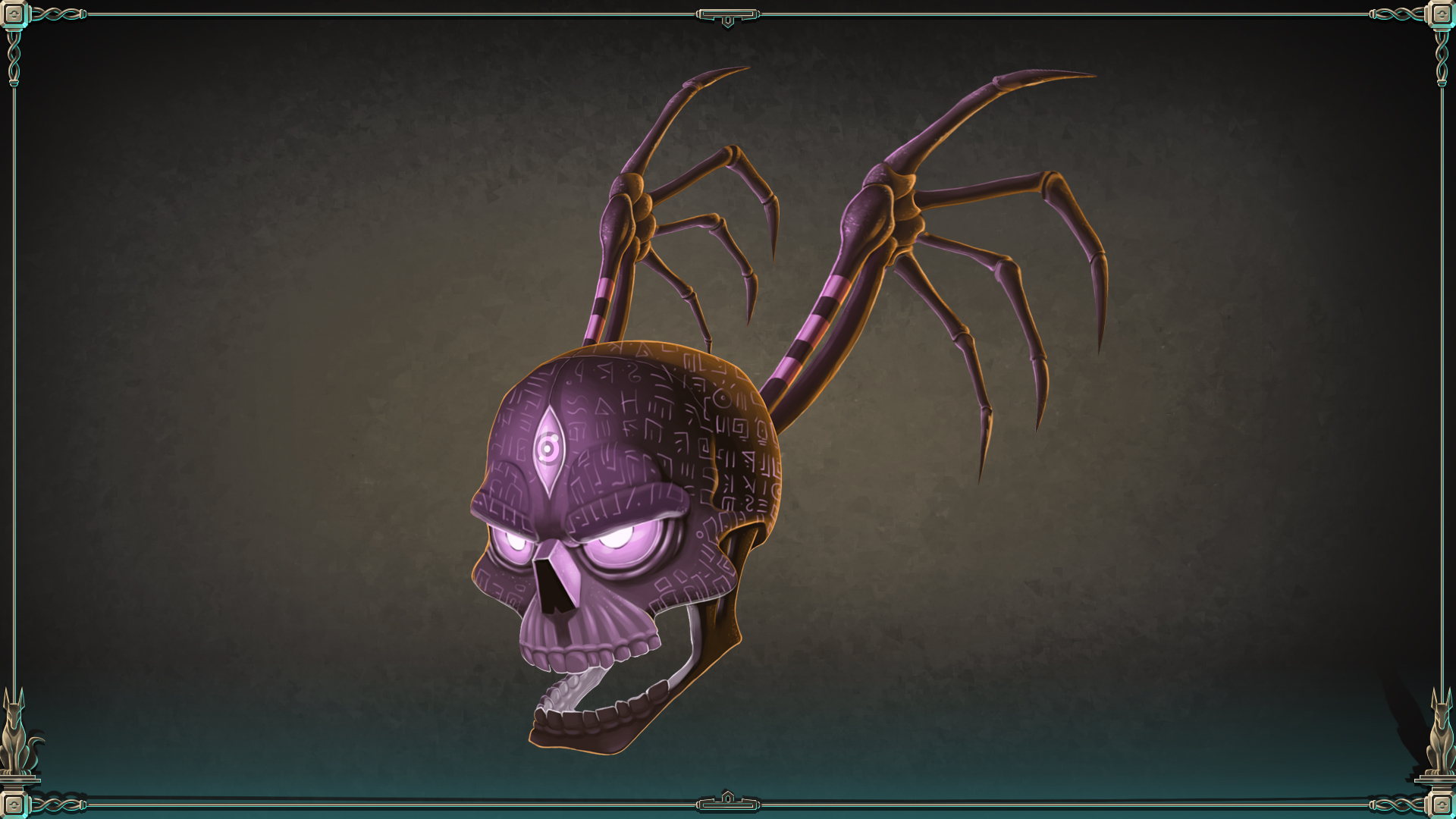 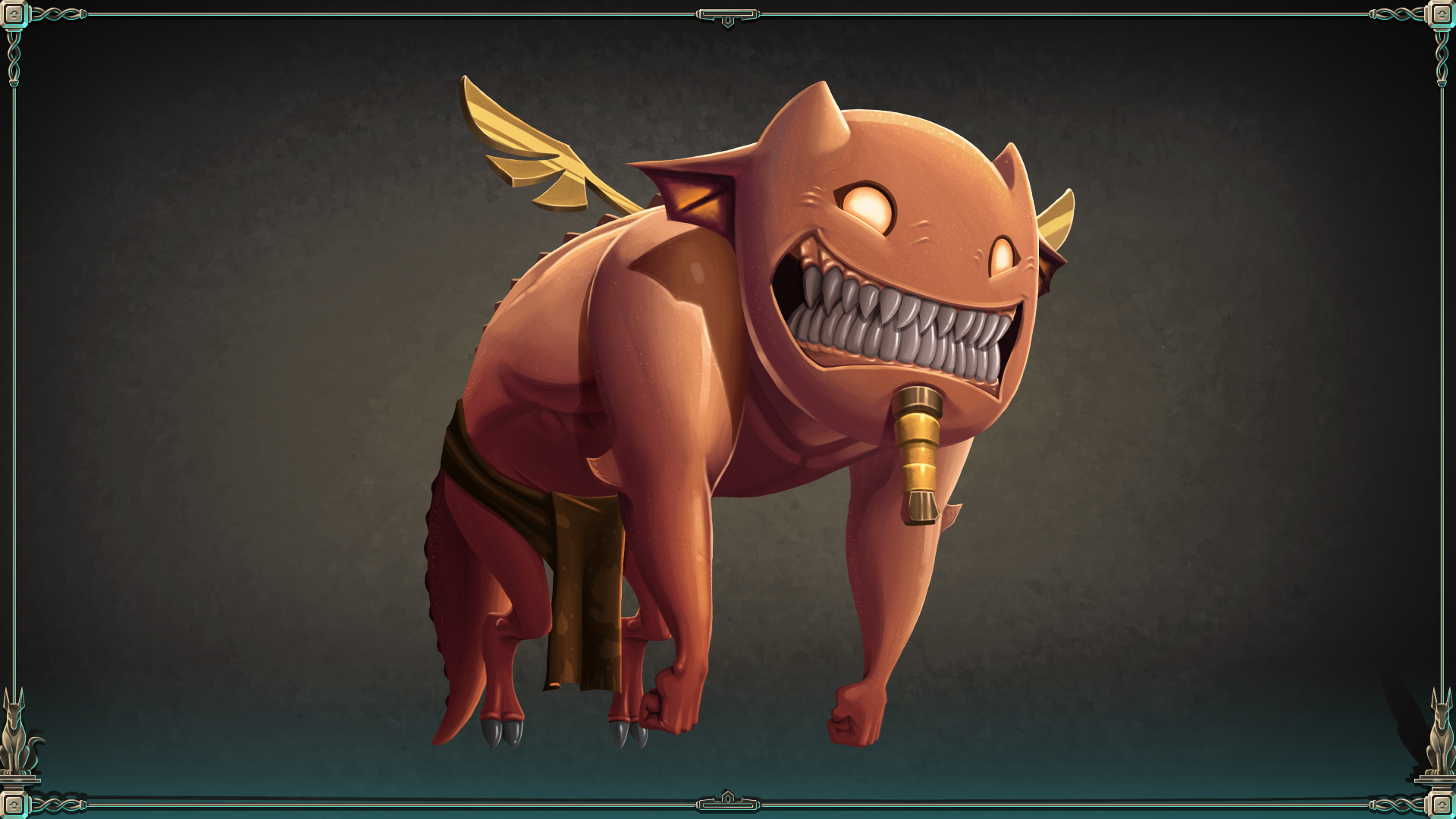 The Skull is one of the first enemies our 2D artists designed, but we preferred to start developing other ones because the flying stuff of it was tricky. Once we nailed it, we moved to the next one, another flying monster: the Flying Demon.

Don't mind the names: they are not final. We are taking our time to name them so not only they look good, but their personality, traits and such are mirrored on their names.

The skull is certainly, totally, probably called Manny, so you kind of understand the way we are going with our creatures, don't you? Making the story and the creatures lore a part of their design certainly will help with this matter.

Before getting into further detail, here's two gifs of the monsters' evolution. Our great Alex, king of Mobsferatu, is the main artist behind their looks.

If you want a better look at them, we uploaded the 3D models to Sketchfab.

Now, how do they kill you? The Skull hurts you by contact, following you around and charging down towards the moment it's close enough to the redneck. It's fast, maybe not very strong, but it's definitely annoying. Only one Skull and one Archer can make you go crazy if you don't manage your space and your shooting well enough.

The same could be said about the Flying Demon, although he attacks from afar. Not very far away, but just far enough that you have to pay attention to where you shoot and what weapon you are using. It's unlikely you'll hit him with the shotgun, for example. Its spread would make it a lot less usefull because of the distance the creature usually shoots his fireballs from.

As you can imagine, both flying monsters get along just incredibly well and make things hard if you have a Warrior or another kind of melee enemy stalking you at that moment. Thank god the redneck's fast as a bullet.

Working with their flying patterns was the hardest part of creating them. Immortal Redneck has different heights layouts, as you already know, so a flying enemy needs to work perfectly in all of them. We had to try and change the behavior of the skull, for example. The creature loved to get trapped in corners or in the stairs, and also loved to nose-dive, something we actually fixed just a few days ago, when we noticed it.

Take a look at the lastest pre-alpha of Immortal Redneck, with the two creatures fighting together.

We like to think the enemies we are creating get along as pieces of a very complex machine. You have one that corners you, another that shoots from a distance, that one that's creepy and you don't notice until it's to late... We have two more almost done, hope I can show them to you in a few weeks!

And that's all for this week. Liked the skull and the flying demon? Hope so. I don't know what I'll show you next week, but things are going really well in CremaGames. We are at full speed after the New Year and we are rested and ready to work in lots of stuff. If you don't want to wait for the next devlog, you can follow us on Twitter and like us on Facebook.

PD: We are working on Immortal Redneck's lava.