The latest Shadows of Doubt dev blog is up! I talk about progress made in 2020 and targets for 2021.

2021 is here! It's that time where I look back on the previous year to see how badly I missed my targets! I'm going to avoid being too harsh though, the game is going well and we've achieved a lot this year: The game has been signed by Sold Out, Featured in the PC Gamer PC Gaming Show, and we've had Stark Holborn and Miles join the team as writer and voxel artist respectively.

Polish up the game with the goal of presenting it at Rezzed in London at the end of March. This means fixing bugs, adding a couple of smaller features and brining stuff that’s ‘half-way done’ up to ‘pretty much done’. Get some more content in there, hopefully, some new characters models and animations along with more environmental items and at least 1 new building to make the city more varied.

Well... EGX Rezzed didn't happen, so there's that. I did get a playable version ready for this, and RPS kindly made a nice video about it. In retrospect though, the game was still too early to show at this point. Sans COVID I would have taken it to Rezzed and probably would have been a little stressed by the number of technical issues. B+. 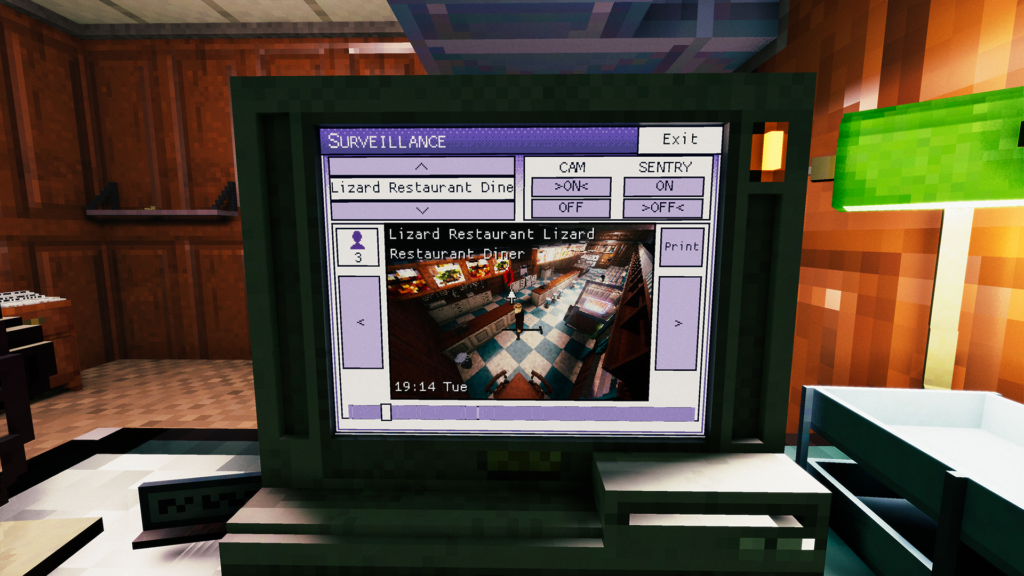 I did a good chunk of this, and I'm really pleased with the way the CCTV system is going. Nothing is 'complete' standard yet, and won't for a while, but we're getting there. The skill system is something new I've been working on since Xmas so I missed the target date here. B. 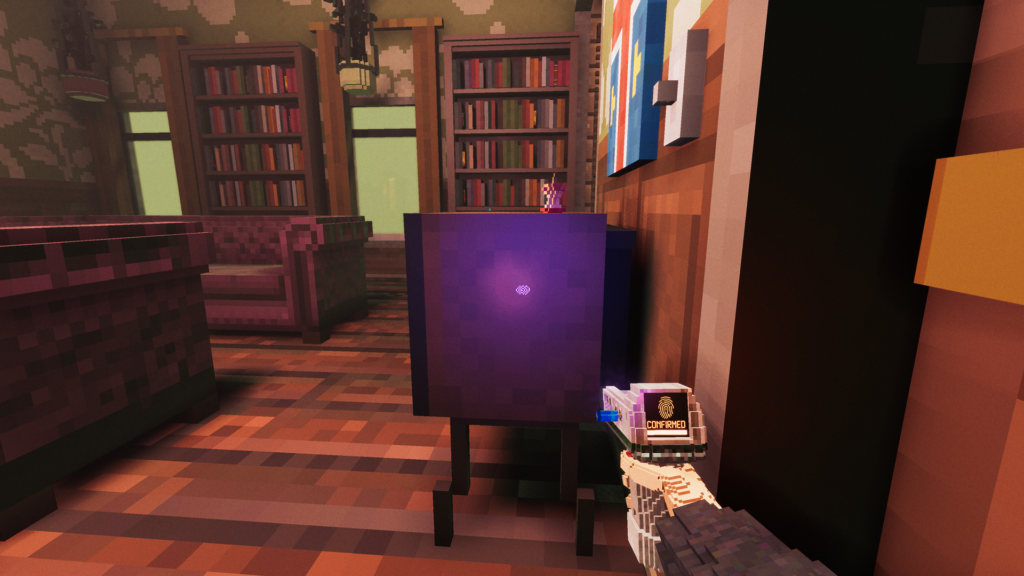 The fingerprint system and fingerprint reader is one of the most significant gameplay additions.

By this point, I should know if early access by the end of the year is feasible. If it is then it will be a case of adding content throughout this quarter until I feel we have something that’s worth your time and money.

If we are able to hit early access this year, the first build will likely feature the first story mission (already done but not polished), or 2 plus a nearly-complete sandbox experience. By that, I mean enough varied side missions and incentives to progress skills/items. There’s a couple of cool ideas that I’ve kept under wraps in terms of what the player can progress towards, but I’ll write about that another time instead of spoiling it here.

Gearing up for EA. Polishing, fixing bugs and adding minor content. Playtesting. IF we don’t hit EA this year, we should by this point at least have a pretty solid date in mind for when that’s achievable.

At Q3 and 4 we still weren't ready for any kind of public playtest. I'm not quite as free as I once was to talk about this kind of thing due to now working with a publisher (I now have to coordinate with professionals!) All I'm going to say is: Stay tuned in 2021, I will be sharing news when things are ready. C+. 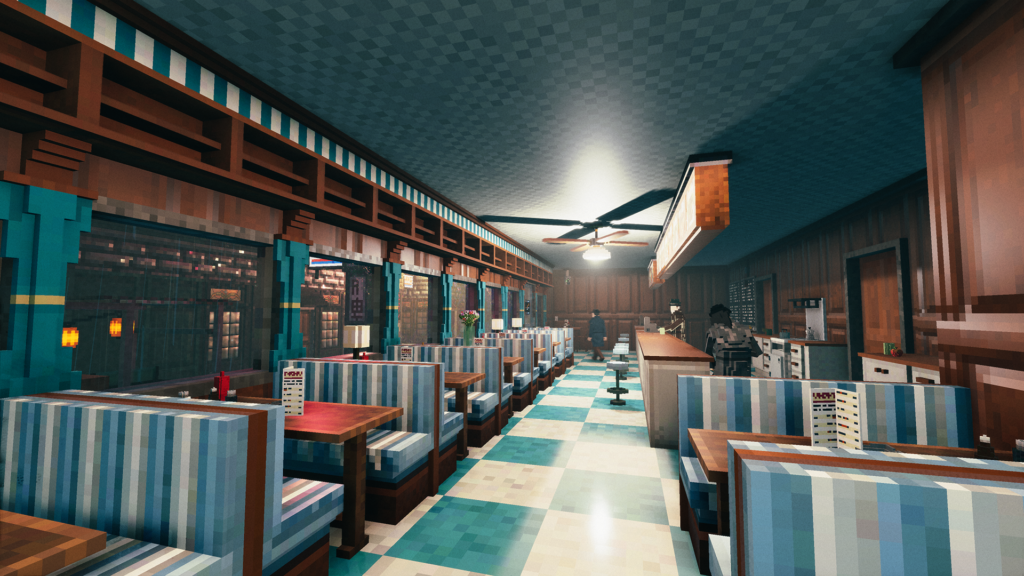 The diner is one of many new locations added this year

What about the stuff we did get done though? There's been a decent amount! The game is starting to look more and more together. We've added the first story chapter, weather system with rain, fingerprints, much improved AI, alarm systems and security turrets, in-game computer systems, big improvements in the simulation, first-person objects and huge numbers of props. 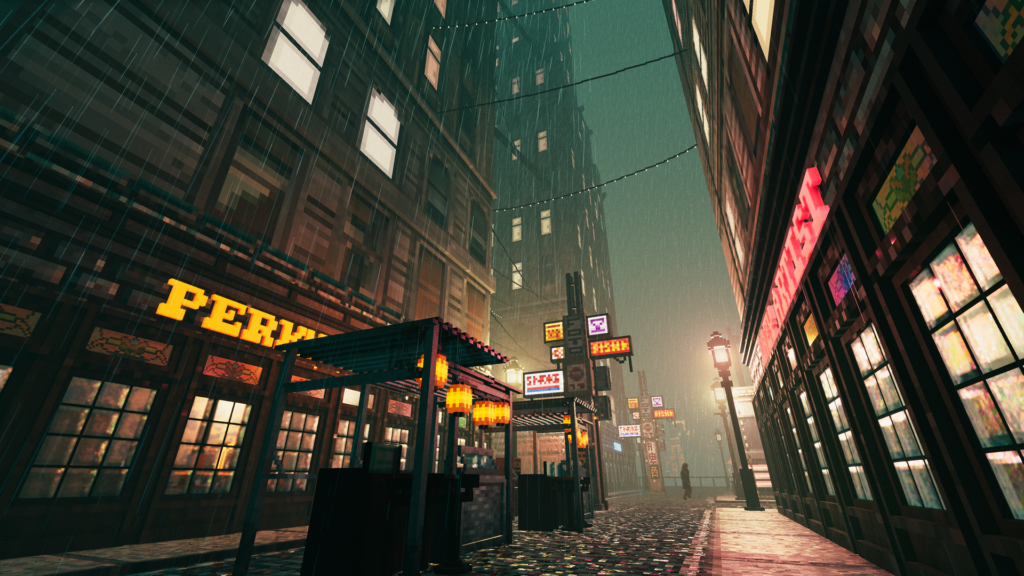 There is still significant ground to cover though. This is a big, ambitious game and although it feels great to now be fully confident in its scope and the boundaries of that, it's a rough, complex beast that will take time to hone and perfect. So what do we want to get done this year? 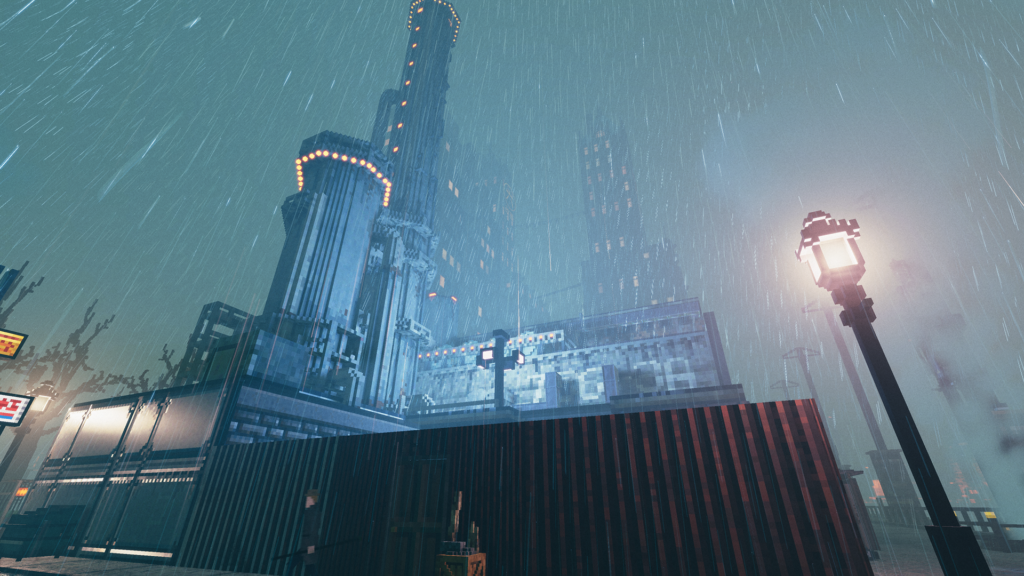 We're going all out on awesome-looking rain!

There's actually a fair chunk more that I could add to this but I'm going to reveal that when the time comes. I've hope you've enjoyed following along this year, here's to another great year of progress! Be sure to wishlist on Steam, join our Discord or read previous dev blog entries here.