Long-time no see, but development continues! Although we haven't put an update out for a couple of months, it doesn't mean the game is ‘dead' or ‘dying'!

Although we haven't put an update out for a couple of months, it doesn't mean the game is ‘dead' or ‘dying'. Over the summer, a lot of people were on vacation or just tied down with work and other things. I guess you could say we went on a bit of a hiatus.

Furthermore, we have made the leap to CryEngine 3.5 which is still lacking some features like certain terrain tools, documentation and most importantly, source code access. Hopefully Crytek will get on this soon, but even if they don't, we have enough other things to work on in the meantime.

As it stands, getting our Alpha out by the end of the year is looking tricky and (as we'vemade clear before), we may have to delay it for Q1 2014. Nothing is set in stone yet, so take our words with a pinch of salt.

Despite these small issues, now summer is over, things have picked up again and we're getting back into the swing of things.

Recruitment posts have been coming in steadily and we've responded to a lot of people but if you haven't got a response yet we'll try and reply now. There are a few recruitment forms we
still need to organise and ‘bump' emails we need to send.

In early 2013 we picked up a lot of new members which made us spread our core members thinly to have a core member working on every bigger ‘sub-project' (like maps) with 1+ of the new members. Most of these new members didn't end up contributing a lot so the work our reliable members put in didn't result in much overall progress. To prevent that from happening again we're slimming our team down and focussing on fewer tasks at once, but with more (reliable) manpower.

That doesn't mean we're not recruiting anymore though! 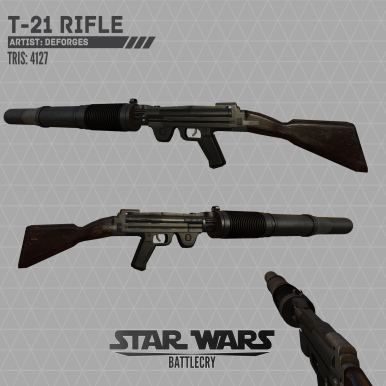 Gun man Varegg has made a DLT-20A Sniper (WIP screenshot): 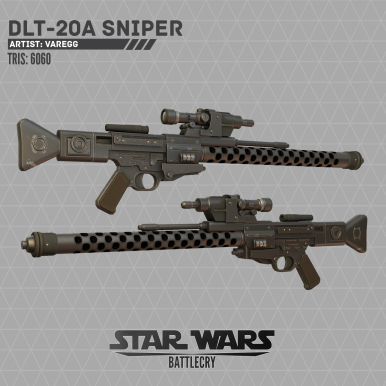 Ande and Sharky have been busy working on the interior of Hoth - the moody lighting creates
a really claustrophobic/tense atmosphere: 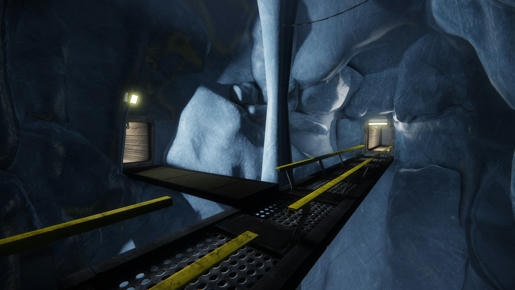 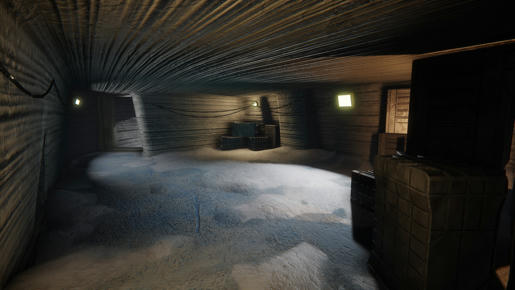 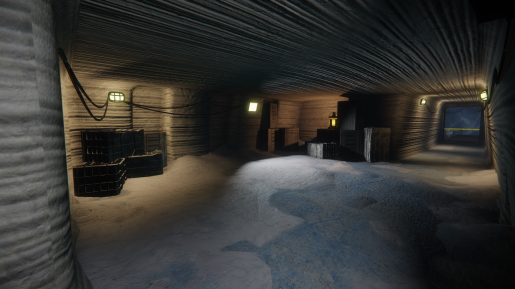 Here we have our very first video! It's an experimental video showing off our Snowspeeder in action. It's fairly old footage and things have improved since then but it's still pretty exciting stuff:


We’ve finally got round to releasing some voice overs/sound effects that members like Calum, Altureus and Richard have worked very hard on.

Here's a quick Youtube video showing off some effects being made in FMOD:

And here is a collection of some voice overs for you guys:

Our next update should be out next month, but don’t worry if it isn’t, it doesn’t mean we’ve stopped development!

I was honestly thinking today how's your progress been. Great to hear everything's okay and the mod is going along well. Wonderful stuff again, thanks a lot guys! :)

Hey! Glad to hear we made your day! Now that our secrets out, time to make some new ones for next update! Progress is going smoothly and the Battlecry Devs might just be the ones who want to play that Alpha version the most! As always, I'll see YOU!! in my next post. . .BABAI!!

Amazing work team!
Sorry I am and will be VERY busy this year (art stuff ^^), and I don't think I can contribute for the project, I am sorry. Nice work my friends.

Great to hear from you Leph, I hope things go well with your work. You know you can always return once you get your stuff done.

Things are going well, just very busy. And sure I'll come back ;).

Snow speeder looks brilliant, and I must accommodate you on the sounds. Lovely work so far and I can't wait for the next update!

good to see some video ;P its looks great so far, also loving the sounds!

Thanks for the comment- I'm glad people are liking the sounds so far.

Awesome, when I saw the snowspeeder vid I was moved. ;-)

Sounds good, thanks for the update! :)

Glad this is still in the works, because the game is looking great!

Wow, from what I can see you're doing a great job, I love the video and sounds :D can't wait to play the game, keep up the good work guys

It looks so good!