Even more growth in the Roots of Pacha development. We explore the mysterious caves, where the Owl totem awaits. New customization, buildings and tools!

Pacha, our mother earth, can be felt in every part of the world. She has blessed us with cracks in the mountains, entrances to deep caves that get us closer to her. Mysteries, older than our Clan's oldest ancestor, await in their depths. 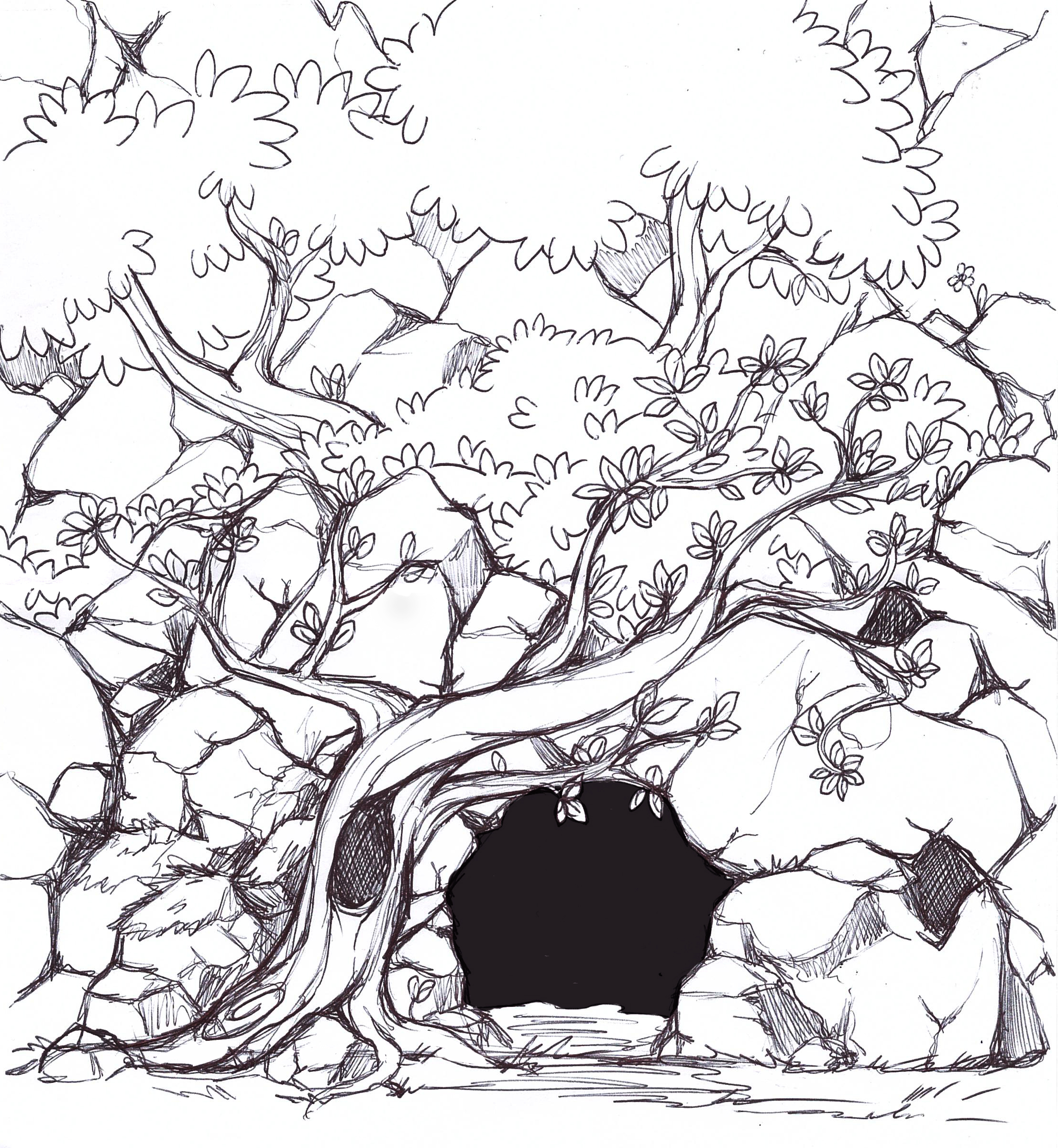 This past month we worked on the first cave that you'll have access to. Caves are places where you can obtain resources, but also where you'll connect with Pacha, and discover more about the spiritual world.

The wise Owl, a son of Pacha, welcomes you upon entering. Its powers feel strong here, almost as if we could use them too.

If you are brave enough, you'll venture deeper. What are those strange artifacts? It looks like they have a purpose, a way to arrange them maybe... 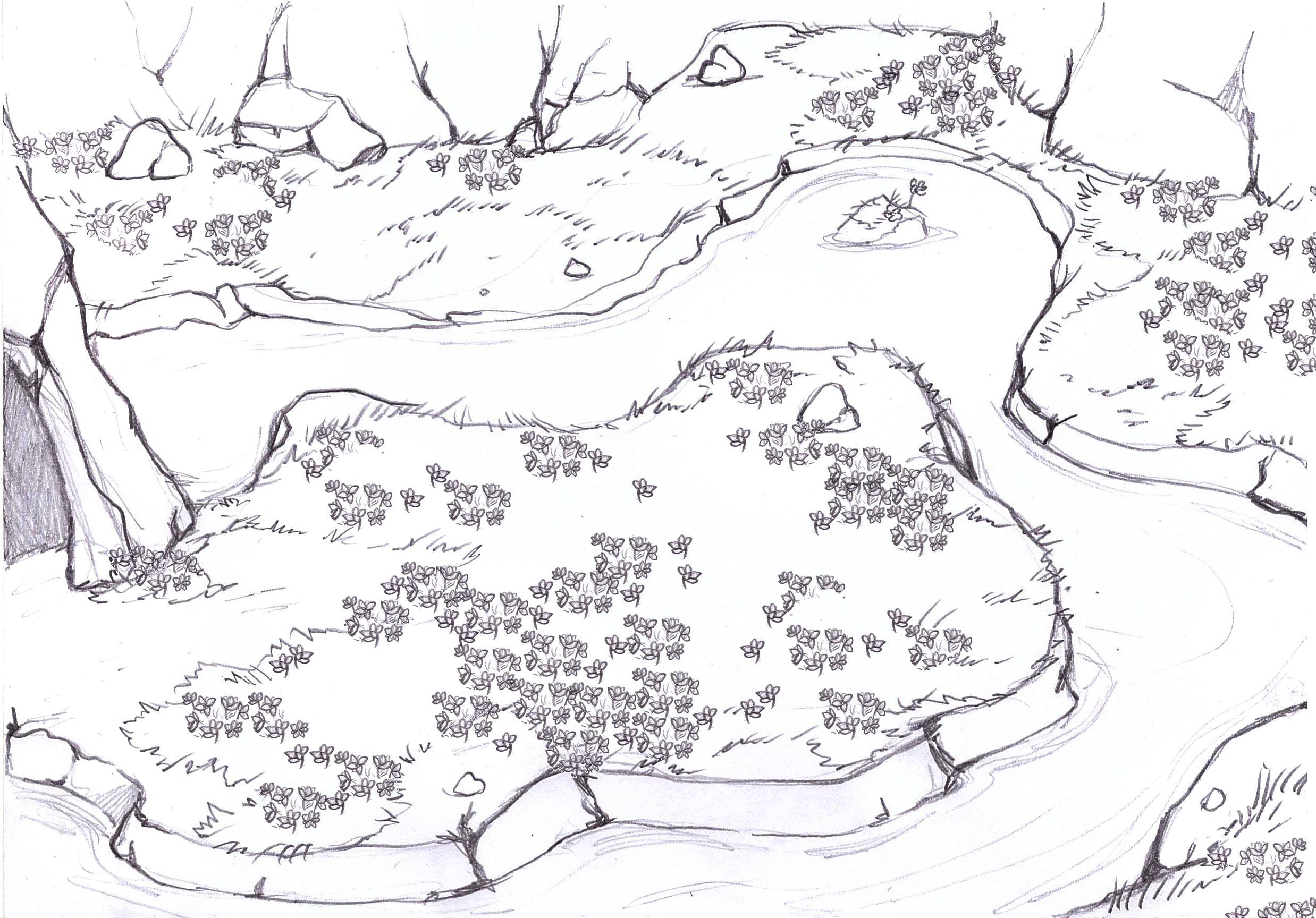 Inside the cave, you'll reach special rooms. They're filled with resources buried long ago when the earth formed, or with stories from other humans that explored the caves before you.

Once again, it will be up to you to discover the tools you want to use. Once discovered, you'll gather the materials and develop more ideas on how to use them.

These are some of the resources you'll need to upgrade the tools.

We wanted to talk about one of the starting tools, the handaxe. You might have seen it in some of our previous posts or tweets.

It appears to be just a rock, but it's not any rock. It has years of perfecting the art of chipping flakes to make it a pointed tool, without breaking it in the process. The other end should be blunt and relatively thick so we can hold it firmly.

Although it's not very strong, it lets you do a wide variety of tasks. From breaking small twigs and preparing soil, to fishing in shallow waters and extracting materials from soft ores.

Once you get your home, it's time to make it yours! How about a stone table here, with a rug underneath?. You can even get some help from your friends!

Living in the stone age doesn't mean you need to be all ragged and dirty (unless that's what you like). Customize your character by choosing a preferred body type, skin tone, eye color, hair color and style, clothes and shoes.

This month we've added some new clothes and colors, and will continue to do so. We also plan to add accessories!

There's nothing in the Clan more precious than knowledge. It's what drives the Clan forward by discovering and inventing stuff. 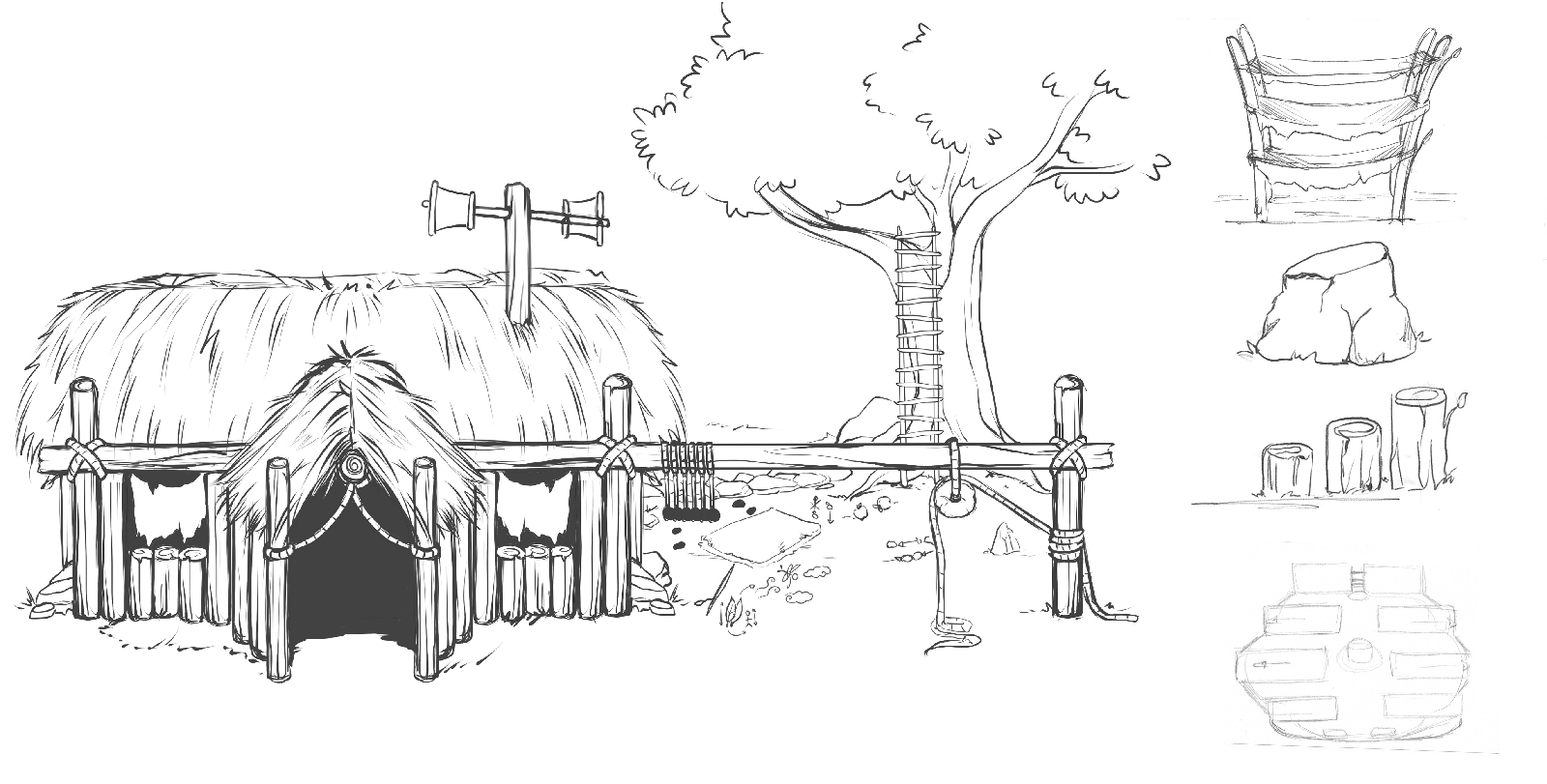 One of the buildings you can build is the library. This is where Garrek spends most of his time. He's always talking about weird things, like why things fall to the floor instead of going up. He also likes mixing materials and experimenting with ropes and rocks. 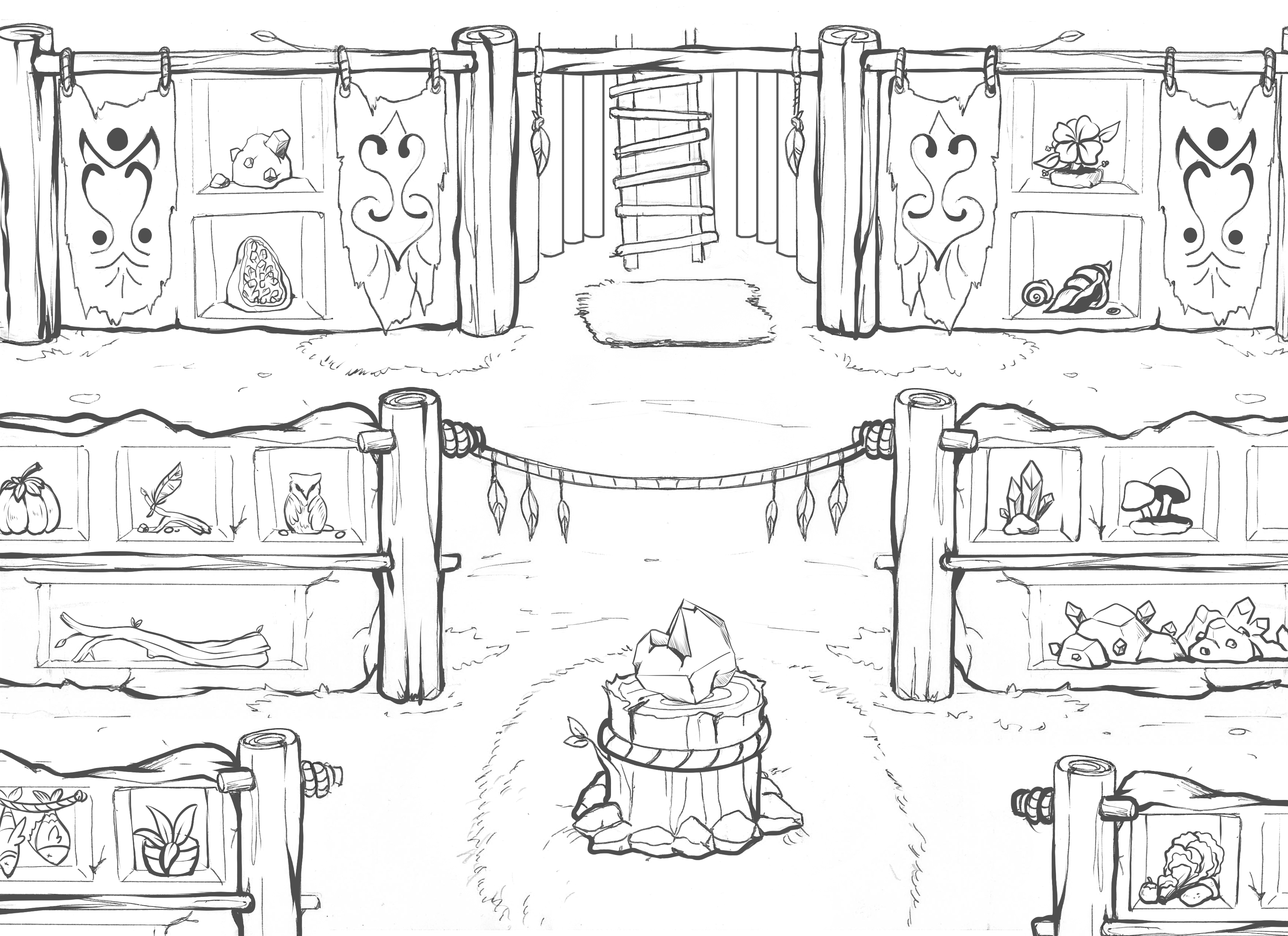 By bringing him things that you collect in the wild, new plants and their produce, and anything else that exists in the world, the Clan's knowledge will increase. In the library, you can display any items you want and preserve them in amber stone for posterity.

The power of the sun

Another building we developed this month is the sundial. It might seem a bit advanced for the time but, in some way or another, using the sun's shadows was probably one of the first ways we had to track time.

When you build it, time in the world will be more accurate so you don't miss that NPC you were hoping to give a flower to.

A way to share resources, or just to clear your bag after collecting sooo many rocks. Drop it to the floor, so someone else can pick it up. If you leave it overnight, wild animals take them away so make sure to collect anything you need.

This has been something we've wanted to do for a while. Join us on discord to perform a ritual

, harness the power of fire

and profess your wildest love