Post news RSS RoboPass Season 2 Out Now! Cosmetics From The Past!

RoboPass Season 2 has just launched! we bring back several items from the past in cosmetic form!

RoboPass Season 2 is now live! Progress through 30 Grades to unlock awesome cosmetic items. This season is very much focused on several parts which have been present in Robocraft before, including the bunny pilot seat, jammers, radars and retro cubes!

The Retro MothershipSome veterans may remember this mothership bay from 2014! We have brought it back as an unlockable bay skin and edit area. Here is the classic old bay skin. 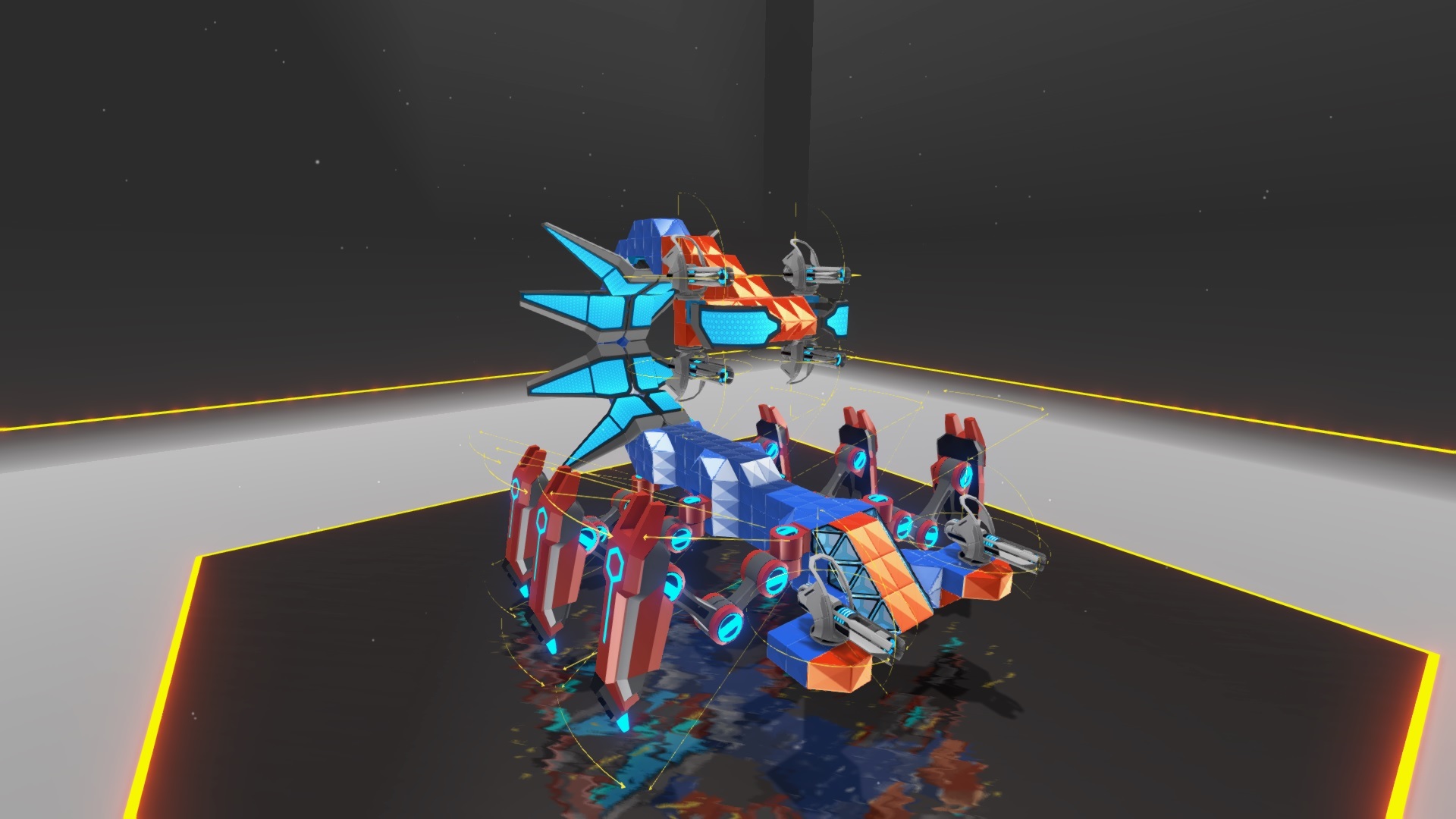 And here is the classic retro edit area

Over the past week we’ve revealed a bunch of unlockable cosmetic items here are just a few highlights:

EmotigramsWe also announced an entirely brand new feature, the emotigrams, which provides a different way to communicate with team mates and the enemy.

RoboPass will last three months and end on July the 1st at 11:00 UTC+0. This should give players plenty of time to progress through all the grades before RoboPass season 2 ends

RoboPassThis version of RoboPass is free for all players. They will be able to progress as standard through all grades but will only be able to unlock the following items for free.

At any time, players of RoboPass will be able to purchase RoboPass Plus and their progress through the grades will be transferred to unlock any items they would have done up to their current grade

RoboPass plusAvailable for $9.99 (or $4.99 for Premium For Life owners), RoboPass Plus owners will earn EXP to progress through all grades, they will unlock the items listed above from the free version and an additional number of cosmetics listed below:

Best of luck progressing through all the grades and unlocking all of these cosmetic items! This build also contains some significant changes to weapon and movement part balancing so we’ll be very interested in seeing what you think of these changes too!

See you on the battlefield

Balance changes
We've made a bunch of changes in regards to balance. Most of the changes have been done to weapon and movement parts based upon the community feedback polls we've been running. Other changes have been made to make it easier to experiment with F=MA using light and heavy cubes by bringing their tier down to match that of medium cubes. This mean your light robot won't be forced into higher tiers anymore. As well as all of this, we've made changes to increase the TTK (Time to Kill) which has addressed two requests from the community provided to us in the additional feedback section; Increase TTK and Give cubes more health."