Contains #screenshotsaturday awesomeness and more! Here's an overview on what we have been working on since the last update, and more important, some updates about release schedule.

Now that Hyperdrive Massacre is on the market (btw check it out, it's sales time!) here at 34BigThings we can focus on Redout a bit more.

In the past weeks, we have published some interesting screenshotsaturday updates that should give a good idea of the level of quality we are aiming for. So let us take you from the outskirts of New Cairo to the snows of Alaska, ending the tour on a post-apocalyptic Italian Coastline. 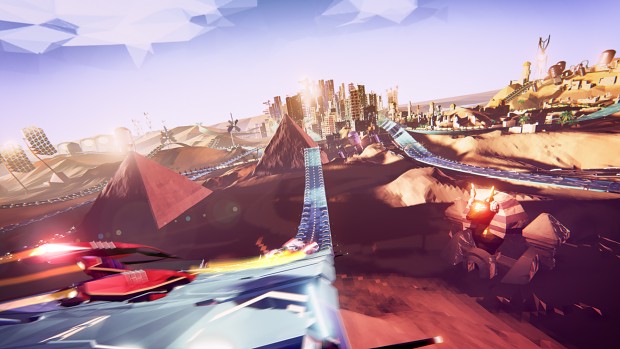 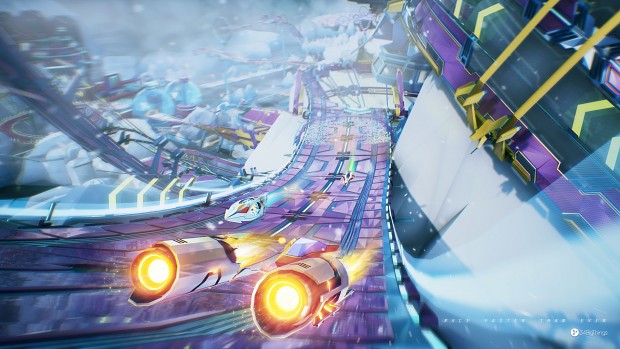 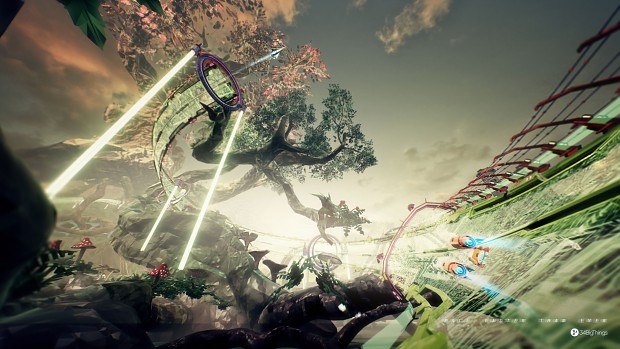 Besides low-poly environments and awesome lighting, we have also been concepting and modeling the vehicles: you can see some in the screenshots above and we'll take some time to show you each racecraft in details later on. By the way, if you're wondering in why we chose a low-poly art style for Redout, here's our answer.

We have worked on the AI as well: at the moment, we normally test the game racing against 11 computer-driven opponents. There's also progress to report on in-game menus, in-game cameras and career flow, but especially graphic effects such as kinetic lines, high-speed vignetting, and FOV kicks. We don't want to spoil the WOW! effect with mere screenshots, so you'll have to wait for a video :)

Redout will not be on the market before Christmas. There's more than one reason to this, but the most important one is that we don't want to rush this game out of the door. It takes time, love and effort, to get to a level where the entire game looks like the above screenshots. While we are obviously sorry to postpone once more the launch date, we feel that's for the better. Early 2016 is a safe assumption at this point.

Hope you'll stick with us in the meantime! We'll try to post more frequent updates from here on. If you want to be absolutely sure you are up-to-date, I'd suggest you follow us on Twitter and Facebook.