A new octree system is in the works for terrain! Also, we've upgraded our forums! Check there for more frequent development updates.

It's come to my attention that some of you want the development team to post more often regarding development updates on the forums!

As such, although we'll still be posting the development journals on IndieDB, we're going to be posting stuff like screenshots, quick recaps, or test footage more frequently on the forums. Unlike the development journals, which are post weekly and generally cover "major" changes or updates, these posts on the forums will be more like daily updates covering minor changes or work towards a major change.

However, we'd also like you to join us!
Register here: Warofthevoxels.com

And, to accommodate this change, we've also upgraded our forum software to Xenforo! Take a look: 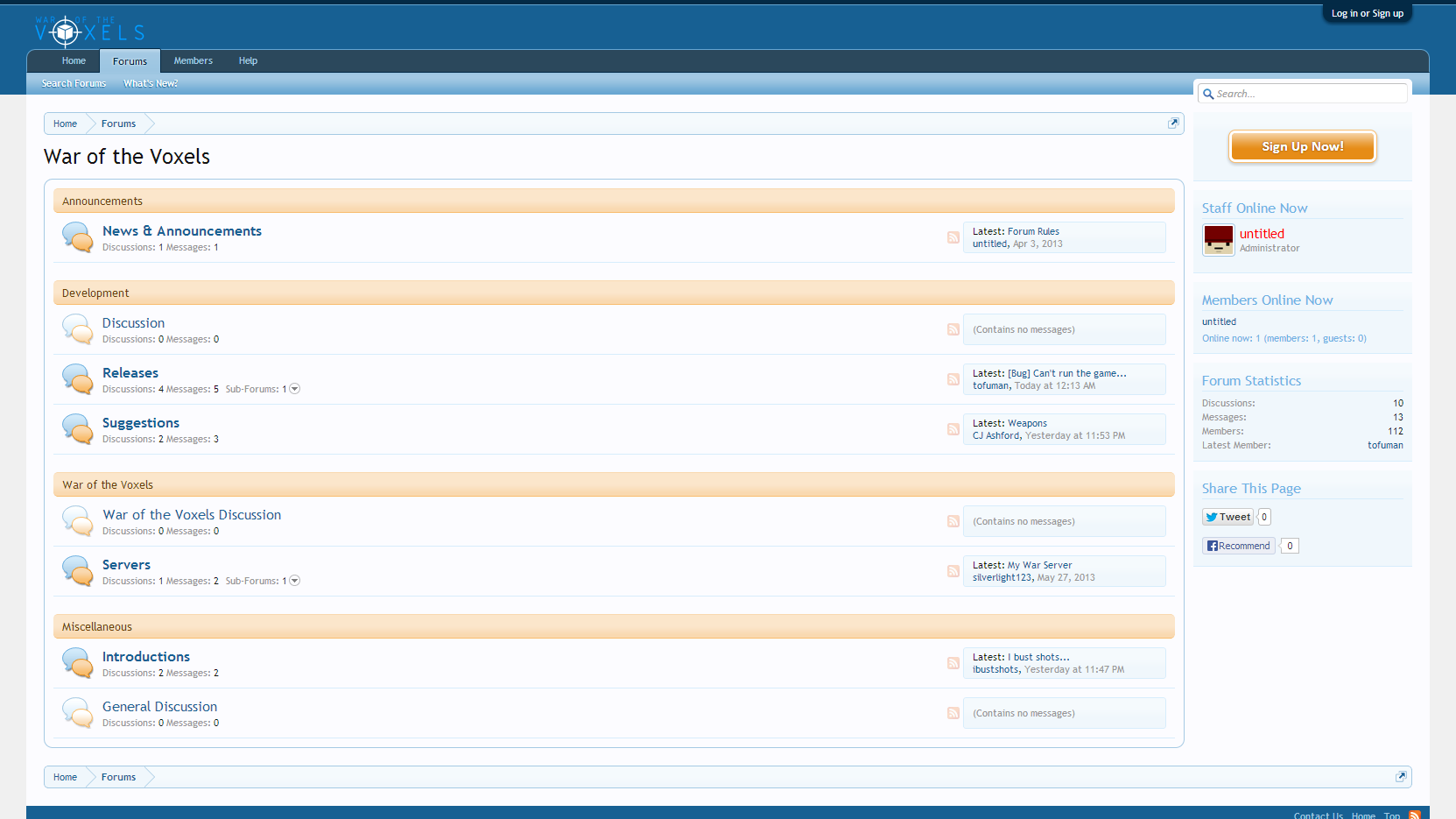 And now, a quick update on what's been going on development-wise today:
Today, the octree code was added in to the codebase. What we plan to do with this octree system is to implement LOD (level of detail), so we can increase our render distance. What LOD basically is is a system of reducing graphical quality where it's not needed (i.e. far distance), while increasing it in places where it is needed (i.e. close distance). 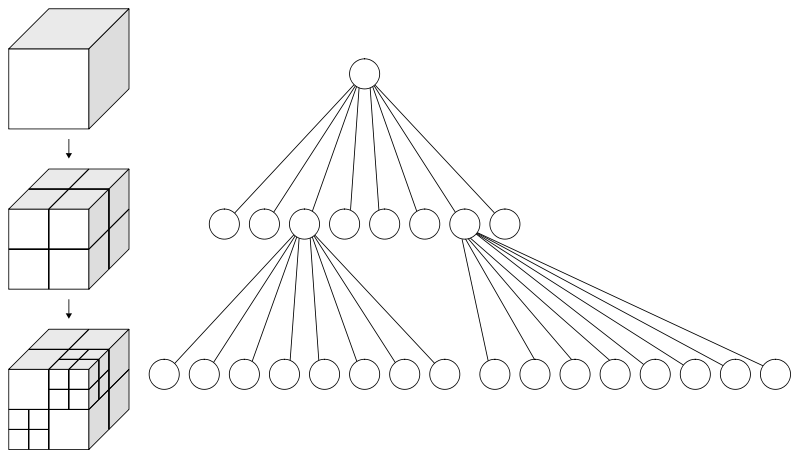 Applying this to LOD, at closer distances, the terrain will be rendered with 100% quality, while at farther distances, we collapse groups of cubes into a larger cube (going from 8 cubes to 1 larger cube). This reduces triangle count, which means we can put more triangles somewhere else! (farther render distance).

Now, the octree code isn't really done yet, so I can't show you any screenshots, but I assure you, it's getting there! You can expect a screenshot of it tomorrow or the day after on the forums, though. ;)