What inspired and influenced me to make Wonhon: A Vengeful Spirit? 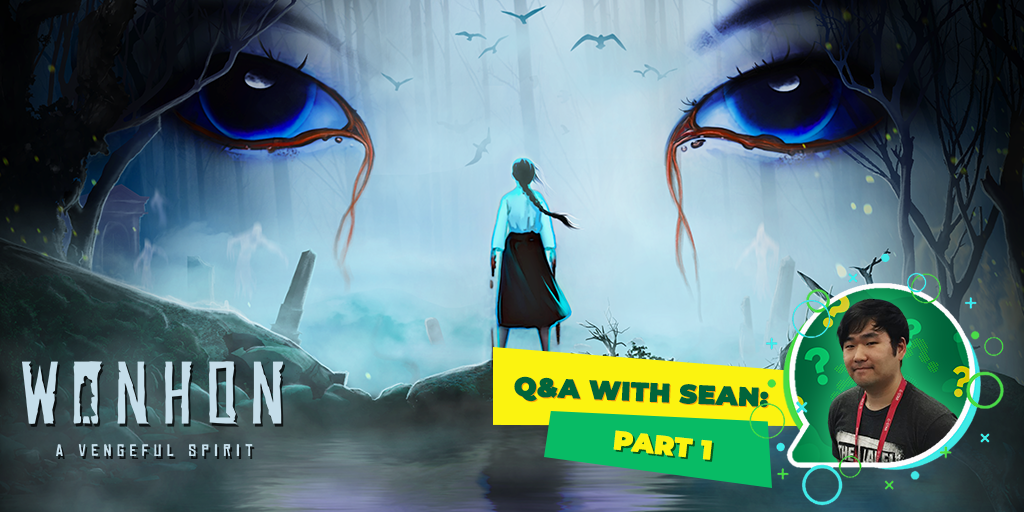 Many of you are interested in various questions regarding the game, development, and our talented solo dev Sean and his accomplished path! That's why we decided to collect the best questions for Sean, the answers to which we will post for you!

Q1: Have you made this masterpiece game completely on your own?
I had some help from my friends - Gab Lim on music, Alex Park on story, and the publisher Super.com on many elements - but I did all of the art, design, and programming so it’s about 95% me.

Q2: What's the proudest feature/thing you've added or worked on in the game? Anything specific that gave you a lot of trouble?
I’m most proud of the graphics related effects I’ve added to the game, like GPU particle effects, weather effects, shaders, and compute shader stuff. I learned most of those things from scratch throughout development, so it was very exciting to figure these things out and then put them into the game. The thing that gave me a lot of trouble were controls and usability related issues. These things take a lot of time and QA effort to resolve, so it’s been challenging to figure out.

Q3: How long is the game? And also can we play after finishing the game?
It depends on the player’s skill, but I think it’ll be around 4-7 hours for most people. There are hidden secrets, game modes and you can challenge your timed records, so players can enjoy the game even after finishing the main story.

Q4: Did COVID influence you or the development in any way?
Being a solo developer, I wasn’t impacted as greatly as bigger teams have been due to restrictions forcing people to work from home. However, all of the video game conferences and trade shows being cancelled or switching to online was a big change, as I relied on player and developer feedback heavily in previous games I worked on. Also, the constant fear and uncertainty of the pandemic early on probably had an impact on my psyche.

Q5: What do you think, if you had a team, how much would the development time be reduced, and what features would you be able to implement?
Making this exact game with a bigger team - maybe the development time could’ve been reduced by 30%. Games take some time to cook, so it’s really hard to estimate.

Q6: What or who inspired or influenced you to make this game?
Many elements of Korean culture influenced me - old architecture, early 20th century history, miniature models of old Korean cities at museums, Korean folklore and horror, etc.

Q7: Why was backstab abandoned in the final version? I saw in Devlogs that you originally conceived this feature.
This mechanic is still in the game, but you may have to do some work to find it.

Q8: In your opinion, what is the best modelled area in the game?
I like the areas outside of main missions. The graveyard has a comfy feeling for me, having spent so much time there. And there are other relaxing areas later on in the game that I really enjoy being in.

Q9: Do you have time to play games, or do you prefer to take a break from development in other ways? If by others, then by what?
I play many games, sometimes to relax and other times to learn from other developers. Outside of games, I like to exercise, play music, or watch horror movies to take a break.

Q10: In terms of replayability, how many different endings will there be/are there?
The main story has one ending, but there are many secrets and game modes for replayability.

This concludes the first part of the questions, and we will see you in the next one!
For more on Wonhon, follow the game on social media on the following channels.