I'm rethinking the High Score system for post-beta Hyper Gauntlet and would love your feedback on it.

The current state of the high score system in Hyper Gauntlet is simple at best. When you begin the game, you're asked your name if you've not entered one before. This name is then tied with your machine and sent to the server along with your scores every time you game over. Right now you can have as many high score entries as you want, and in fact you can pick whichever name you want - even if it's the same as somebody else. Additionally the display only shows the top 25 high scores of all time, and since you can have as many high scores as you want on there, it's possible for the same person to completely fill the leader board.

So to recap: Any username you want, as many high scores as you can get, but you can only see the top 25 high scores of all time (which could well be set by the same person).

My proposed system uses a ranking system denoted by medals. The top scoring player gets a gold medal and presumably the love and respect of their peers. The next five players (2-6) get silver. The next 25 (7-32) get bronze. Emerald goes to the scores between 33 and 128, Topaz to ranks 129 and 754 and a "At Least You Tried" participation ribbon to any scorers after that. Each player will only have one score in the high score table - their best score ever. The goal will then be not to beat others, but to beat yourself (but also others).To further foster competition, I'll also show your ranking in the corner, with a count for how many points lie between your best score and the lowest score of the next medal up. If you're lucky enough to have gold, then you'll see how many points above the next best person you are. 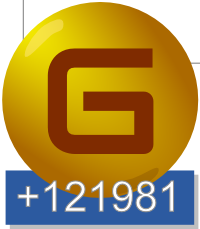 This will bring about some changes to the high score boards. Most notably, there will now be tabbed high score boards that show the scores for each medal type. The default view will be whichever medal you're at, along with whoever's numero uno next to it. It will also auto-scroll to view your score, and the ones above and below. Since we'll now have formal user accounts, the screen will also let you search to find a friend by name and view their top score and ranking, and will also let you save their names as friends to keep track of (and build a friends-only leader board).

Here's a mock-up of the idea.

Additionally, once sufficient number of players (at least 500) have submitted high scores, I'll activate a hall-of-fame area. The hall of fame will list all the players since the activation point who have made it to the gold medal, the score they got, and the date they got the score. If Hyper Gauntlet gets Greenlit then you can bet getting into the hall of fame will be an achievement.Not only that, but I will keep a local record of the majority of your high scores. As you play, indicators will fly past the screen to tell you how far away you are from your 5th best score, for example. Once you've beaten that score, the same view will show you how far away you are from world best, or regional best. If you want an idea how this might work, pick up Trackmania sometime, or the excellently addictive iOS game "7".

I'm not sure if I'll ask you to enter a location or not at login, but it's definitely a consideration for now. Additionally you'll be shown how you're doing against all other accounts you've designated as friends or family, and they'll be notified when you've beaten their score, similar to how Audiosurf does it. To improve this further, you can also nominate a "nemesis" - a player with whom you're in constant competition. The nemesis system will then be used to prioritize their scores and metrics against yours, so you can see how well you're doing against them.

What do you think? Worth the extra hassle for everybody, or just a gimmick you won't really interact with? Tell me your opinions in the comments!