As always, implementing new features leads to more bugs. So, this week I spent a lot of time on fixing bugs from previously made systems. On the other hand, Andrew worked on various visual improvements. 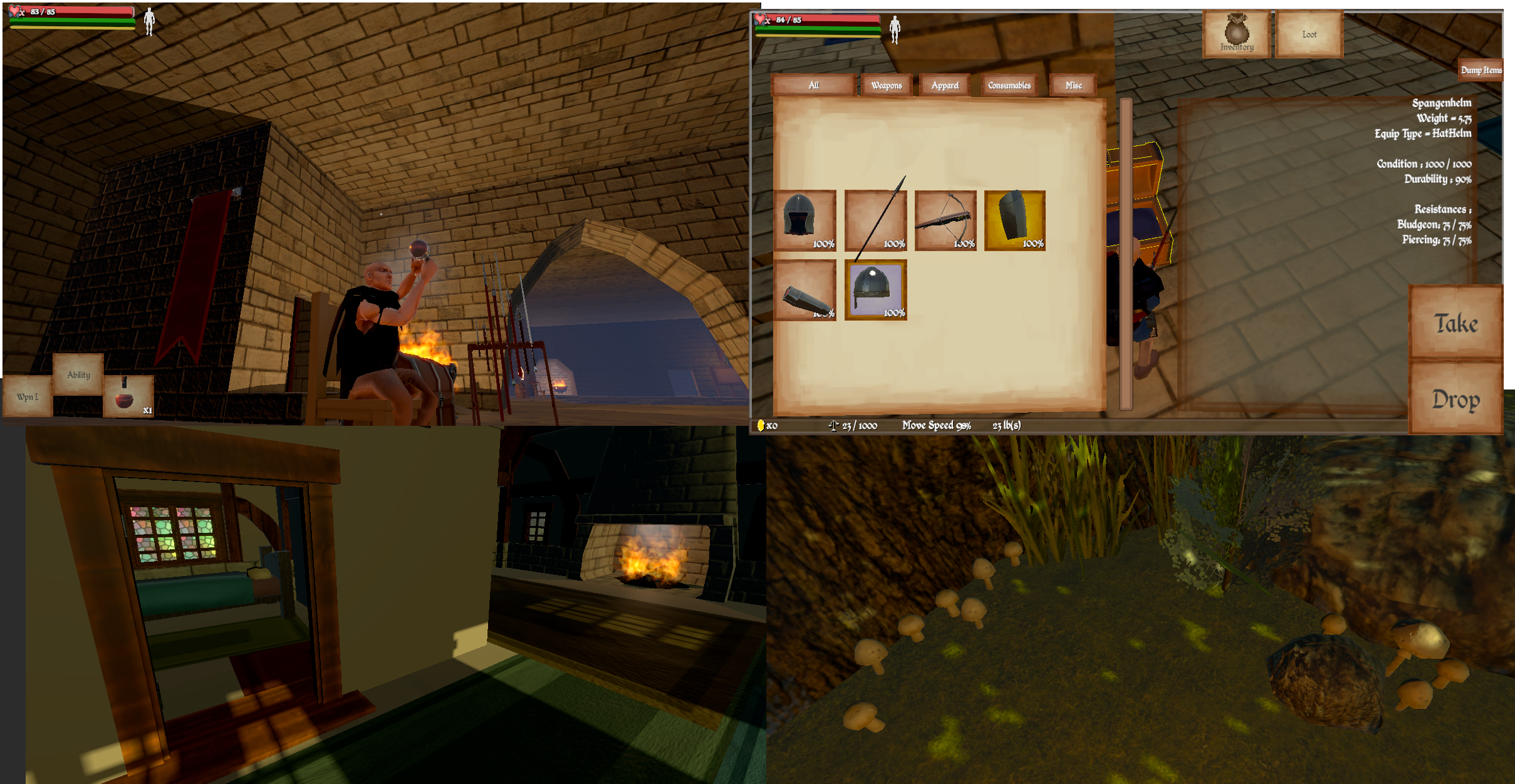 • Worked on the surrounding border in the Homestead, placing many props. Thus, creating a more immersive environment.

• New items: Mushrooms! One poisonous variety, one not. Can you tell which is which?

• You now begin in the underworks, when entering the Grand Arena scene.

• Rolling will now eject characters sitting on your shoulders, mounted.

• Implemented a simple scaling system for enemies based on the amount of local players.

• Fixed bug where in the loot menu, and looking inside the loot container, selecting the 'drop' command would not update the UI. The dropped item would remain visible in the inventory menu even though it was discarded.

• The dialog box now closes on a level load.

• Player's cursors, ability to interact with objects, are now disabled when they are incapacitated.

• The Water Cave scene is no longer in sandbox mode by default. If all players are defeated, the scene will restart.

• Only positive added effects will cause your character to sparkle now.

• Upon death, all of your added effects will now be removed.

In closing, here's some gameplay screens from this week.