Good reviews, bad reviews, and development marches on. Feedback is definitely always welcome. Knowing what people like and dislike go a long way to improving the game play.

The Greenlight marches on. CounterAttack has gone up and down on Greenlight. We peaked at #91 but fell back down to #100. Getting to the top 100 was very exciting, but there is still a long way to go.

The demo has been available for a few days now, and the game is getting a bit more notice. The analytics show there are about 5-8 new users trying the demo every day. Not huge numbers, but we're starting to get more feedback. We're also getting some reviews. 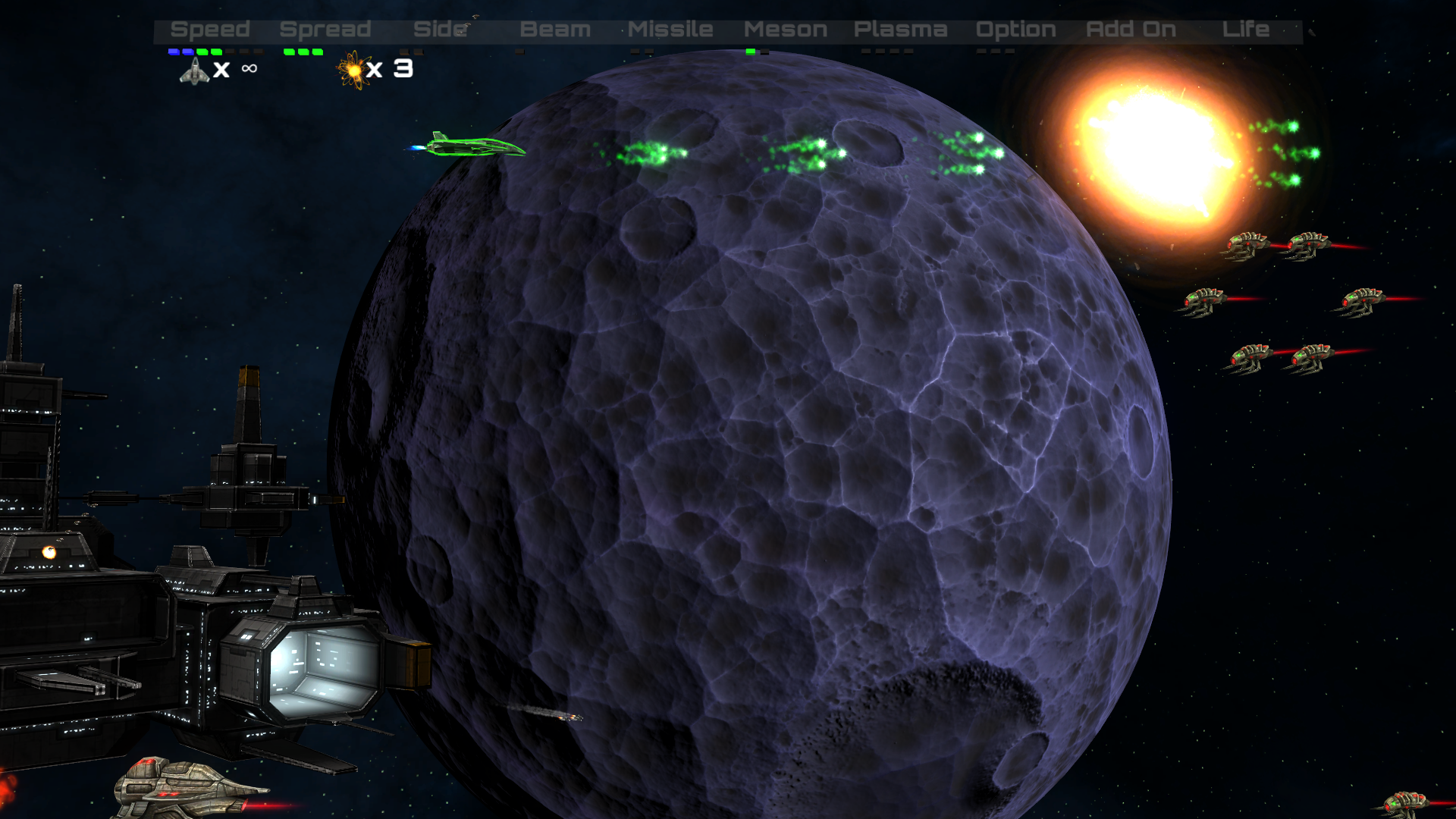 One of the reviews from WeiseGamer was great, I feel like he 'got' pretty much everything that we're trying to do. Not everybody loves shoot 'em up games, and not everybody loves multiplayer games. While CounterAttack has a single player mode the game play really shines in multiplayer.

Weise gamer did have a dev build with most of the content which may have influenced the better review then some of the others. We were also contacted by somebody via steam saying that they've been playing the demo every day and can't wait for it to be released. They suggested we provide an option for people to buy the full game before the steam release. We may look into The GOG Game Marketplace for this.

Sometimes it gets a little crazy 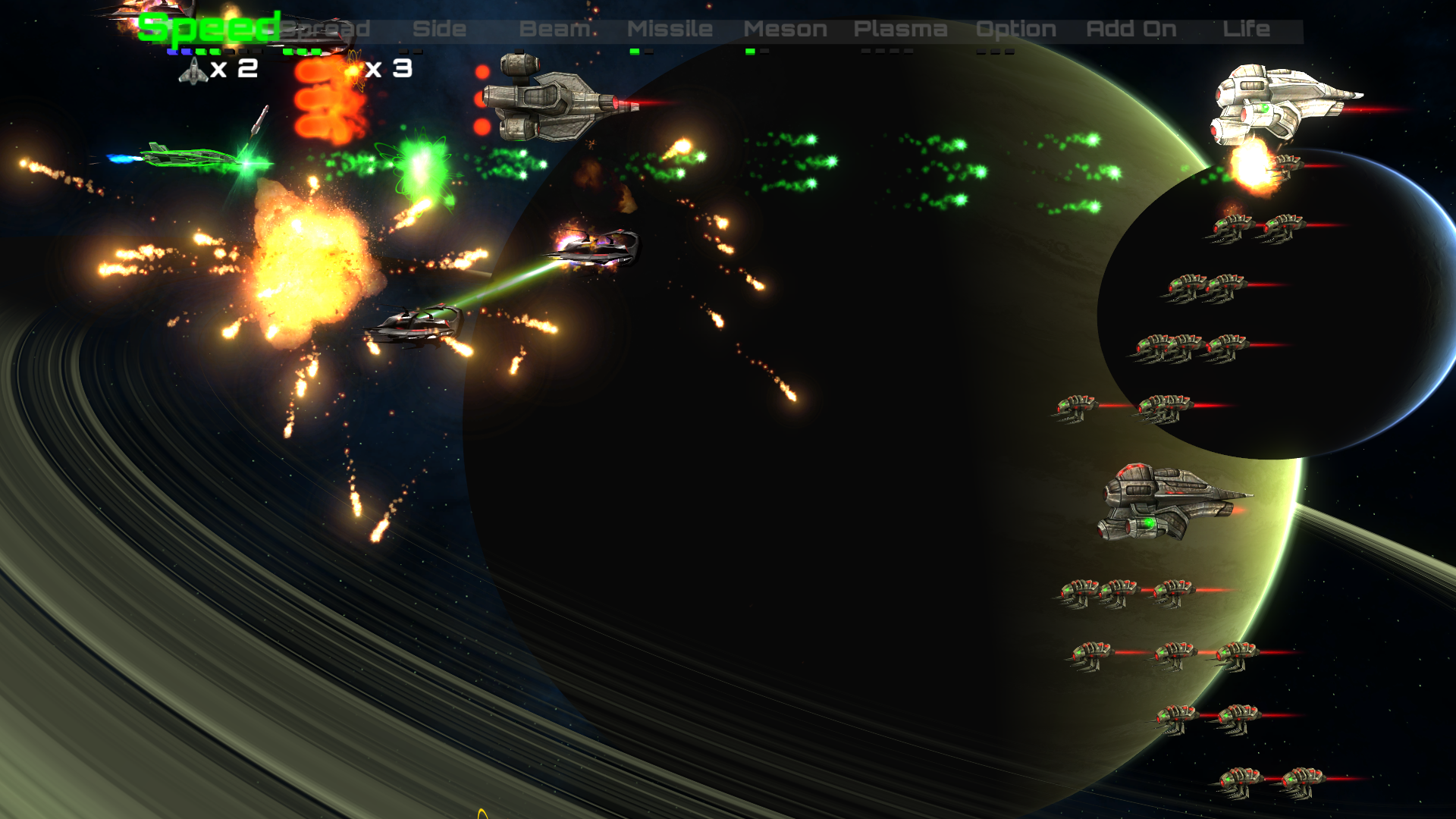 In another review we received a lot of feedback. Good and bad. They complimented the graphics but didn't love the music. They thought the game felt polished but was too punishing. They liked the look but not the hardcore arcade (read difficult with no save points) game play.

Friendly ships helping the players out 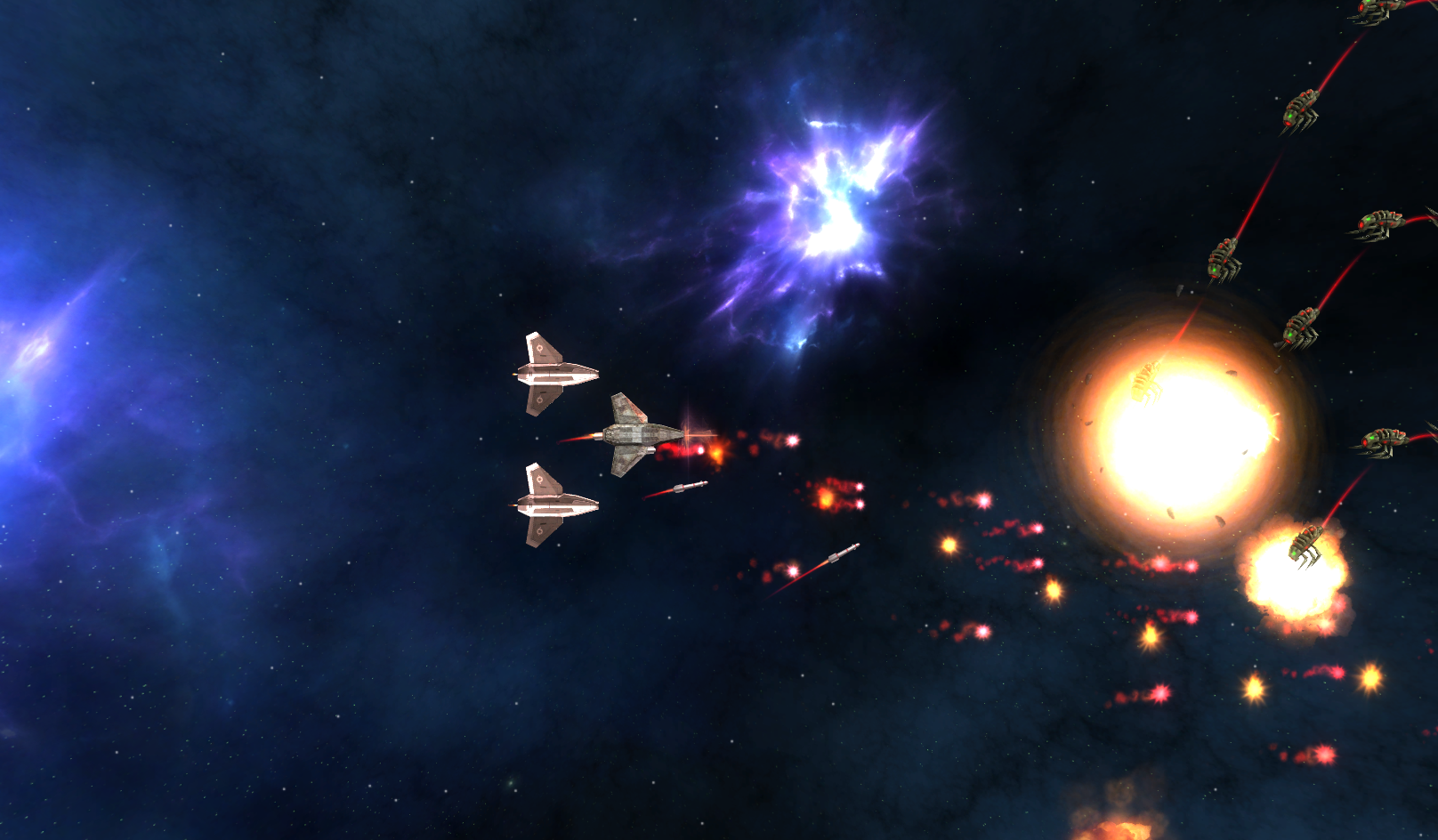 It's possible the reviewer was frustrated since they didn't feel as if their ship was powerful. They weren't using their powerups or ultimates very often and as such became under powered quickly. A primary mechanic in CounterAttack are the upgrades - collect them and use them. By saving them the player misses out on collecting more since they can't destroy as many enemies. We're planning on tweaking the first few levels to make this easier to learn, as it currently stands it doesn't appear to be obvious enough.

The new characters received a bit of love as well. Here is the current iteration of Carl's ultimate ability where he calls in asteroids to smash whatever's in front of him.

The demo has been updated! The most recent Windows, Mac, and Linux builds have been uploaded to indiedb. Mostly bugfixes but there are also changes based off of all the awesome feedback. The default firerate is faster, but the bullets do less damage. The demo end boss is a little harder - you can't hide behind him as easily. Bullets should die better now on 1080p screens, before they poped out right before they hit the edge. A few other minor small tweak as well.

Some new background effects in the demo

How long should a game last? At the moment there is no save feature. It may be added at some point, but at the moment it's all or nothing. There are about 18 levels completed, some more completed than others. It isn't practical to play them all in one sitting. Currently there is a branching system, an easy and hard path. It's mostly hidden and automatically happens. One of the next steps is to create a proper map so the players can easily choose their path.

The Boss of Planet Moore 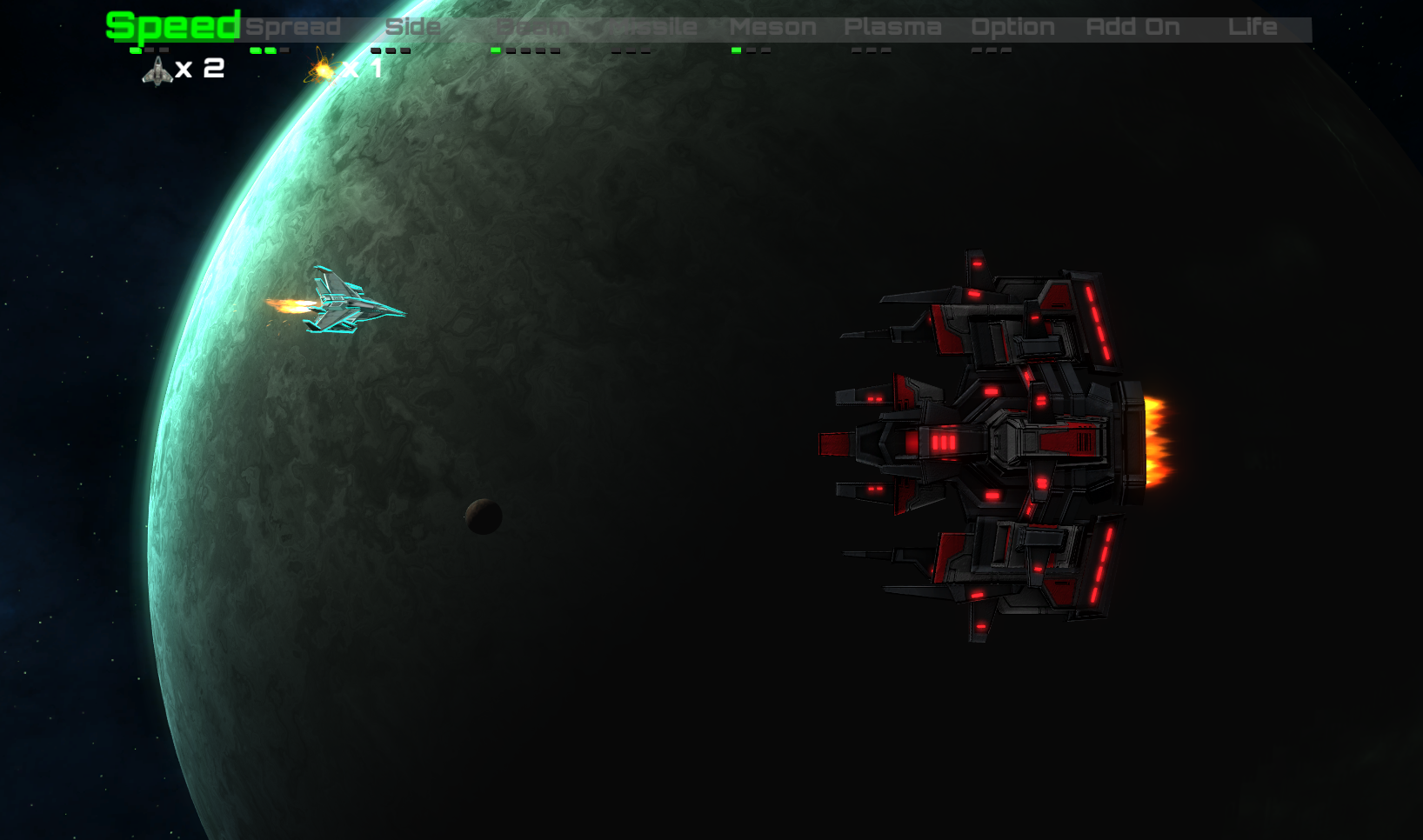 So what's next? We have a huge list of feedback and bugs to work on. The goal is to make the game as fun as possibly for as many people as possible without compromising the difficulty or arcade gameplay. The game may be masocore but it's a great time with friends.