The third level for Orange Moon, 2d action platformer with puzzles and RPG elements is now live at Dbetelgeuse.itch.io. Game updated to v0.0.1.2 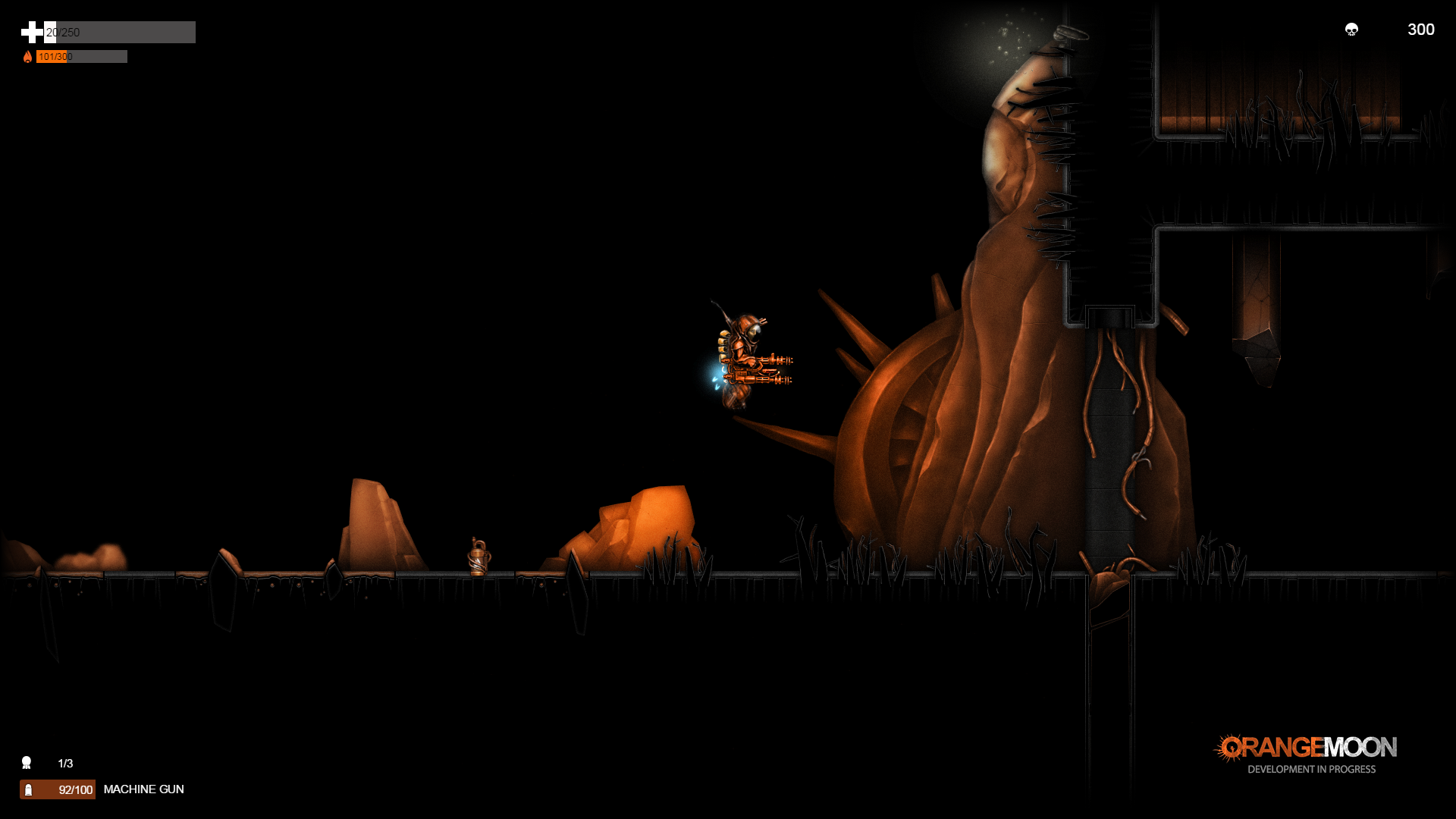 Updated demo is planned to be uploaded to IndieDB and itch.io in the next few weeks. 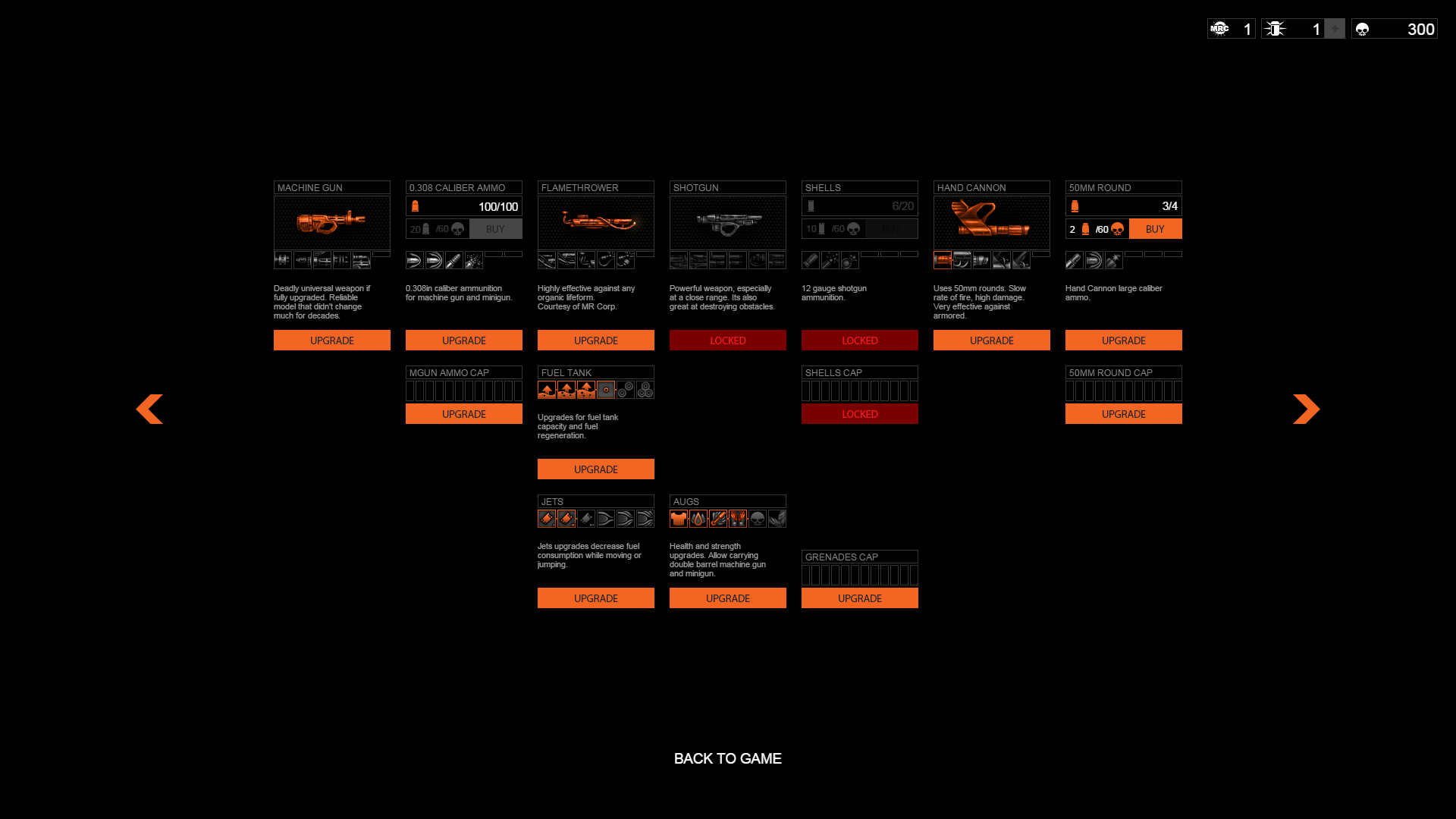 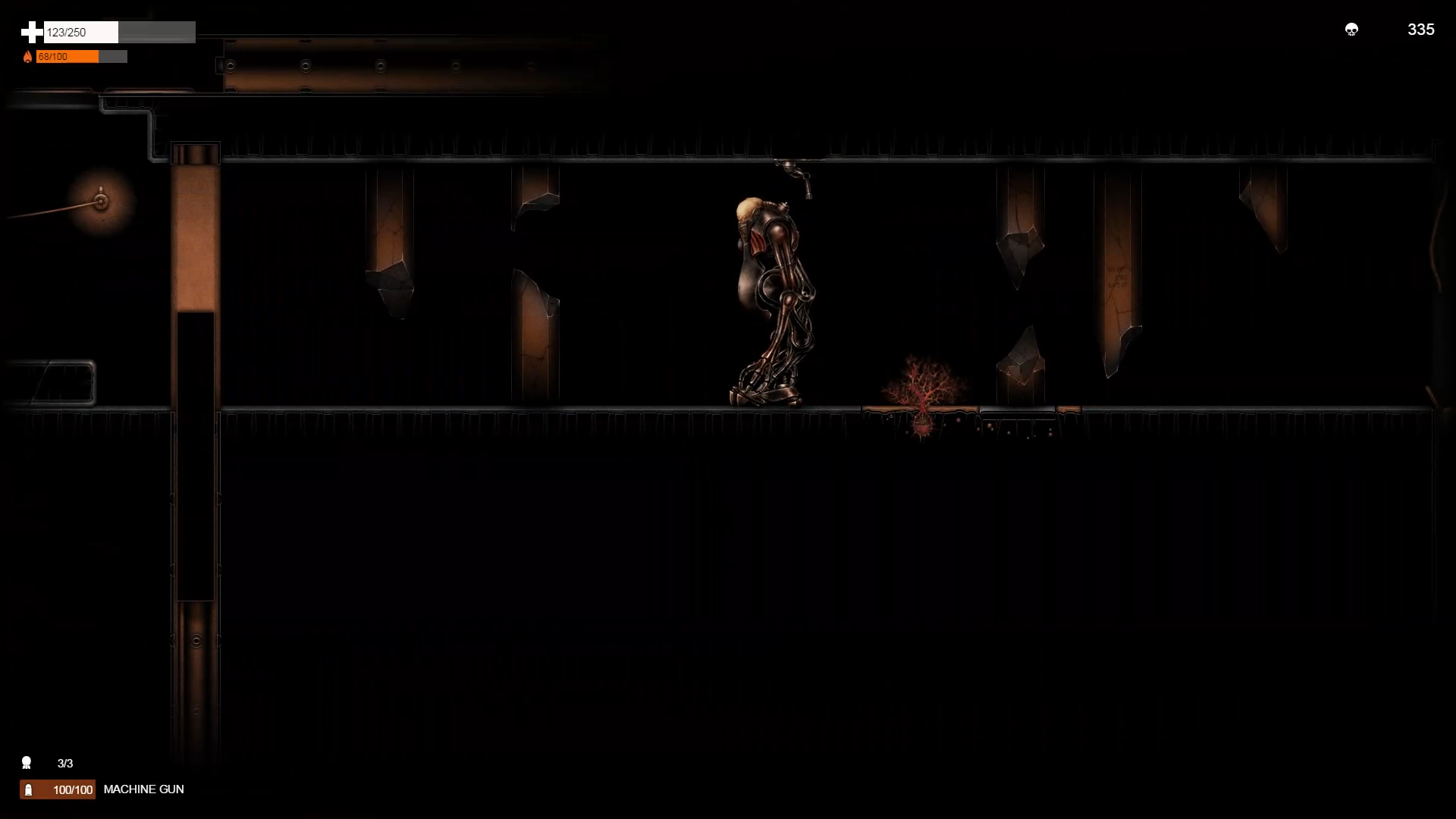 To unlock the new hand cannon weapon, you'll need to find 10 resources and deploy beacons. There are only 12 resources on three levels, and you have to choose between shotgun and hand cannon. Shotgun requires 5 points to unlock. 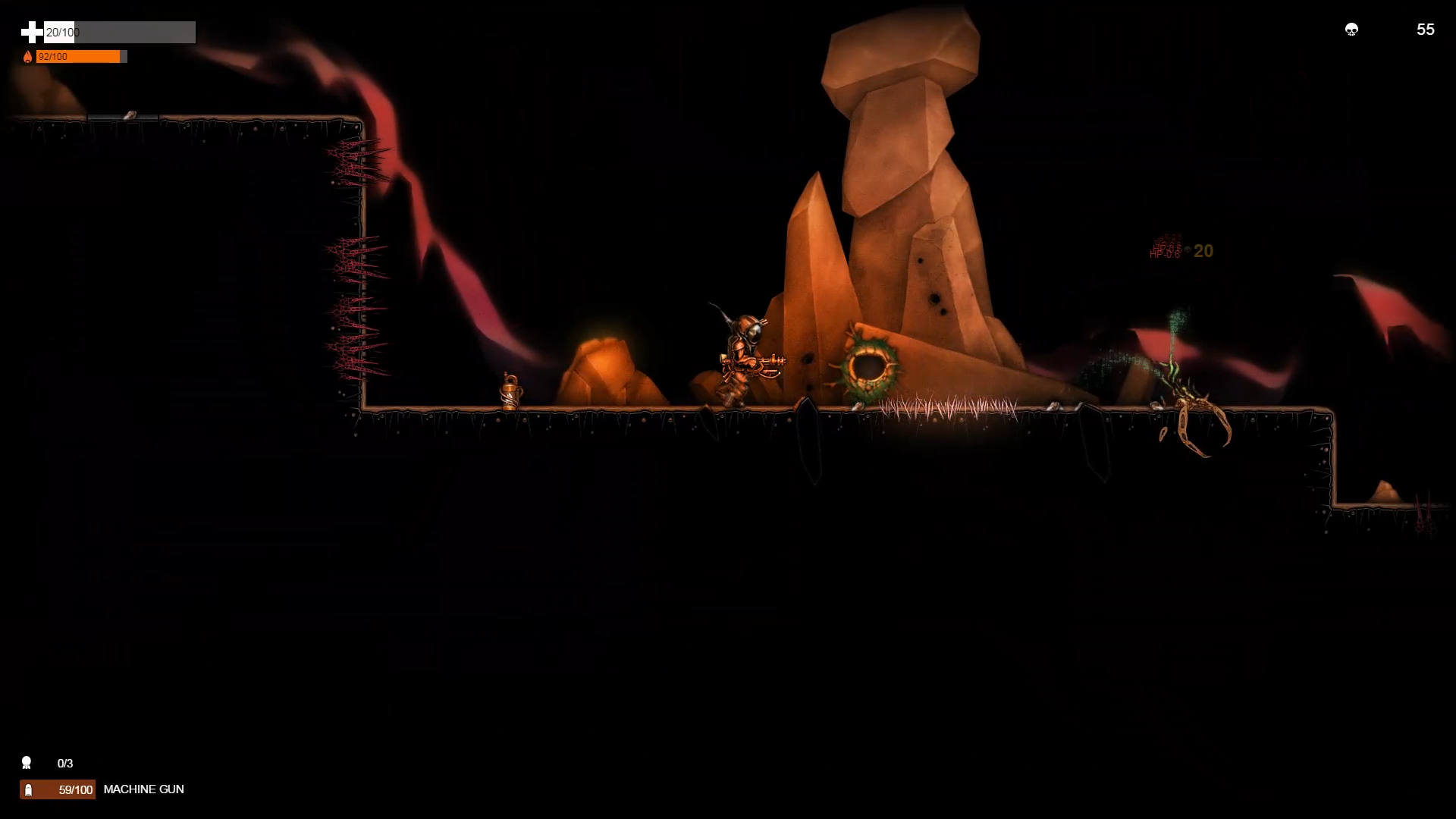 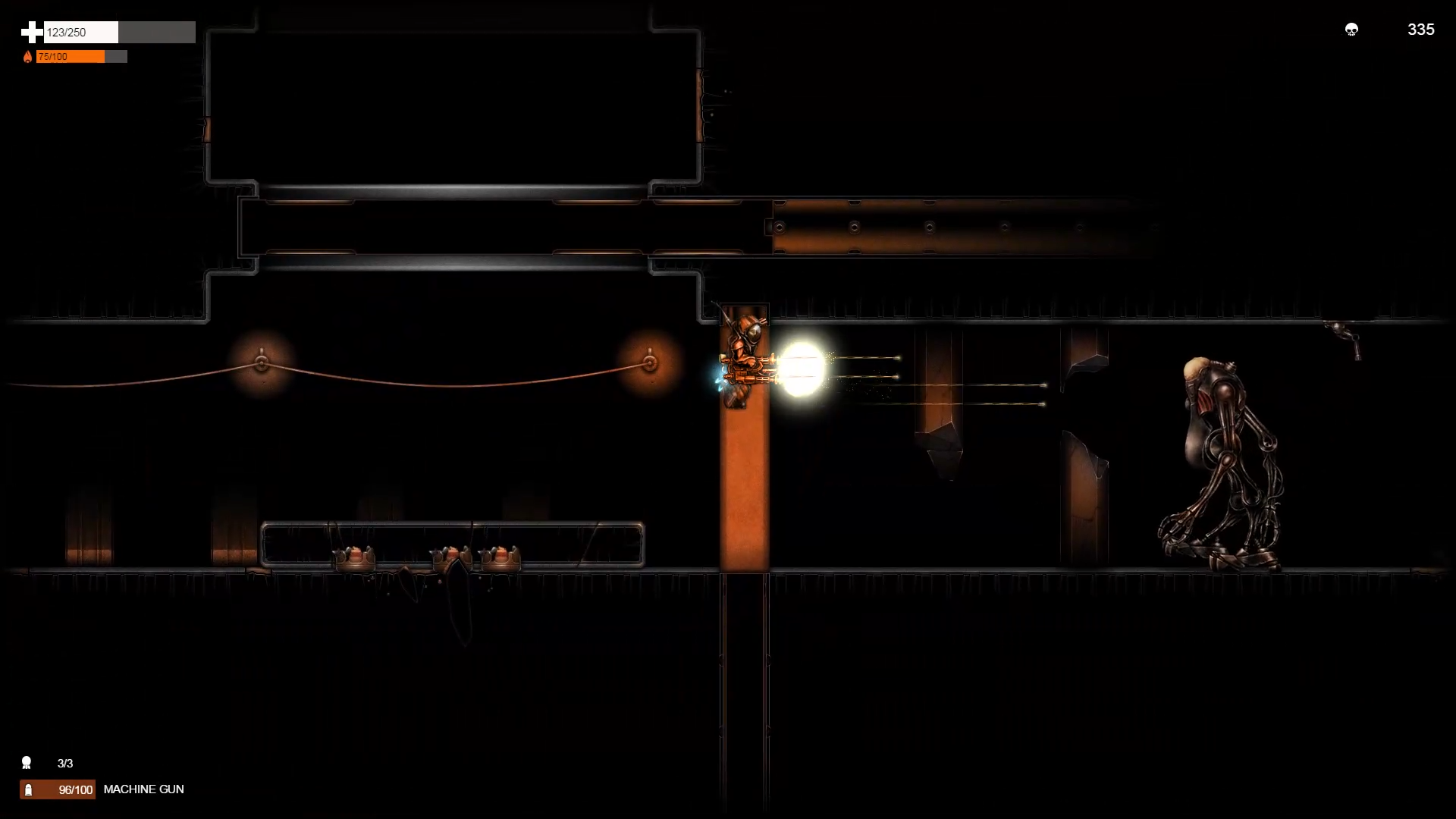 The new Loader miniboss - abandoned biomechanoid, was used as an auxiliary in mining operations. Wide range melee, uses flamethrower at range. Heavy armored and slow moving. Head of Loader is unprotected, making it but vulnerable to damage.