Find your way through landscapes of Orange Moon, full of dangerous native life forms, raiders, remnants of alien civilization and harsh environments. Search for a new life and mineral samples, deploy beacons for mining drones, and find ancient alien artifacts that will help you in your exploration of Orange Moon. Augment your explorer to make him suitable for upcoming challenges, upgrade weapons and ammunition with alien technologies and materials you'll find in your journey.

Orange moon is full of life, from carnivorous plants to intelligent robotic mining equipment. Each enemy type requires different approach to be dealt with. Most enemies can be killed with different types of weapons, but only one is most efficient against each given monster. Some types of monsters are even immune to particular damage and using weapon with that damage would be a waste of precious ammunition.

The game starts with three weapons available and each of which can be used simultaneously. These are machine gun, flamethrower and grenade launcher.

Machine gun is a universal weapon that uses .308 ammo, but does little damage to certain enemies unless upgraded.

Flamethrower is good for dealing with organic lifeforms and pretty useful as a shielding from the swarms of enemies.

Grenade launcher does a lot of damage, very efficient against armored enemies, but requires experience to use, the ammunition is scarce and heavy to carry.

Shotgun, powerful at close to medium range against groups of enemies, can be unlocked with the in game resource - Moon Resources Corp. points (MRC points). It also can be used to break through the weakened structures.

Three more weapons and ammo for them will be available to unlock with resource points in game - hand cannon, minigun and rocket launcher.

Every weapon, its ammunition and astronaut equipment has up to 6 upgrades, 3 upgrades minimum. This brings amount of upgrades for only weapons and ammo to more than 50. Carrying capacity of ammunition can also be upgraded and will have 12 levels each.

Astronaut has 18 equipment upgrades - fuel tank, jets, and augmentations. These upgrades will reduce fuel consumption, movement efficiency and resistance against certain enemies and environments, and unlock ability to carry heavy weaponry, such as minigun, hand cannon and upgraded machine gun. 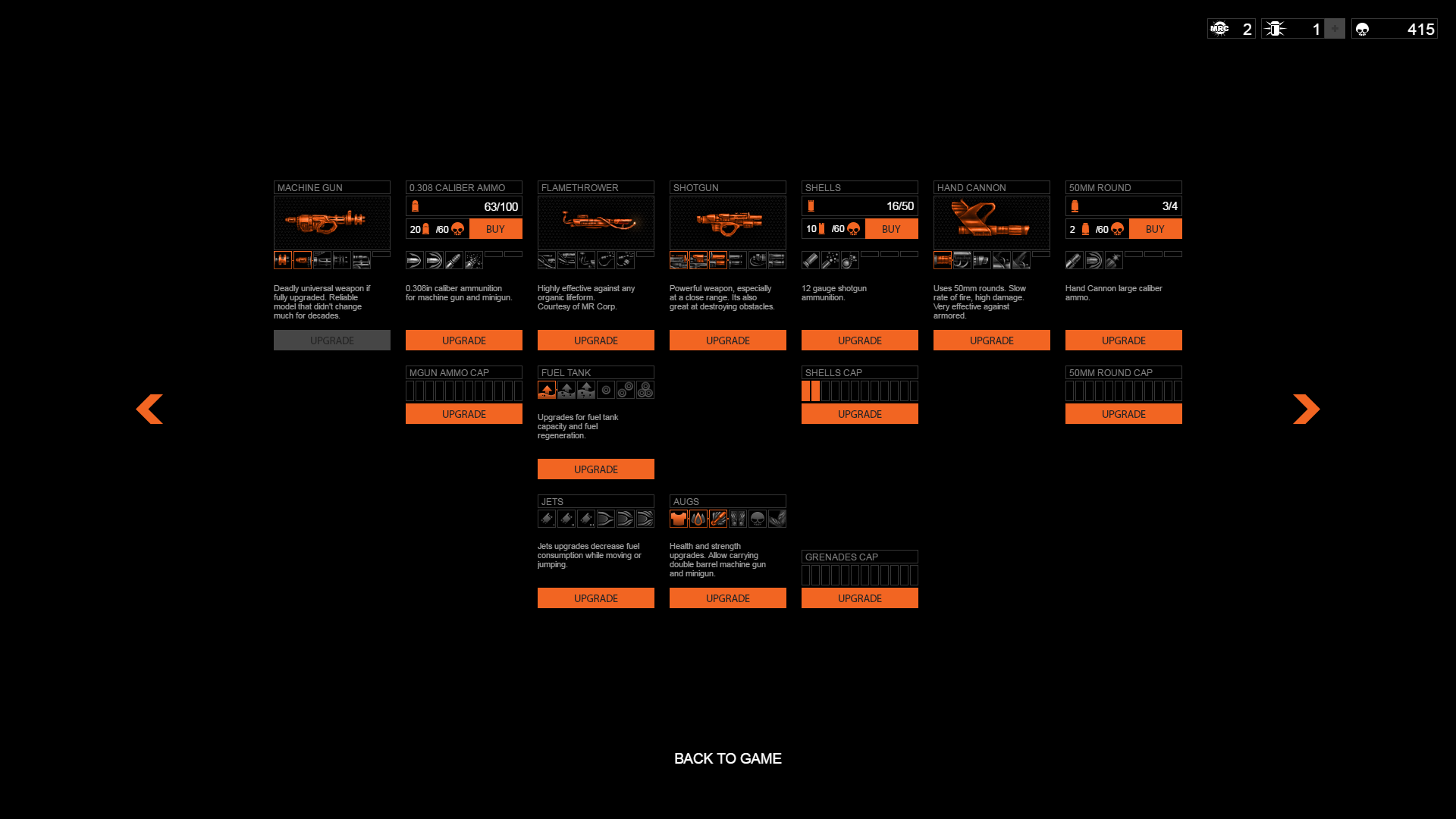 Every level will have from 1 to 3 puzzles to solve in order to progress through the game or find goodies. Player will have drones which help explore the surrounding, to collect item required to solve puzzle from inaccessible to player areas, access switches behind obstacles, lure key monster etc. 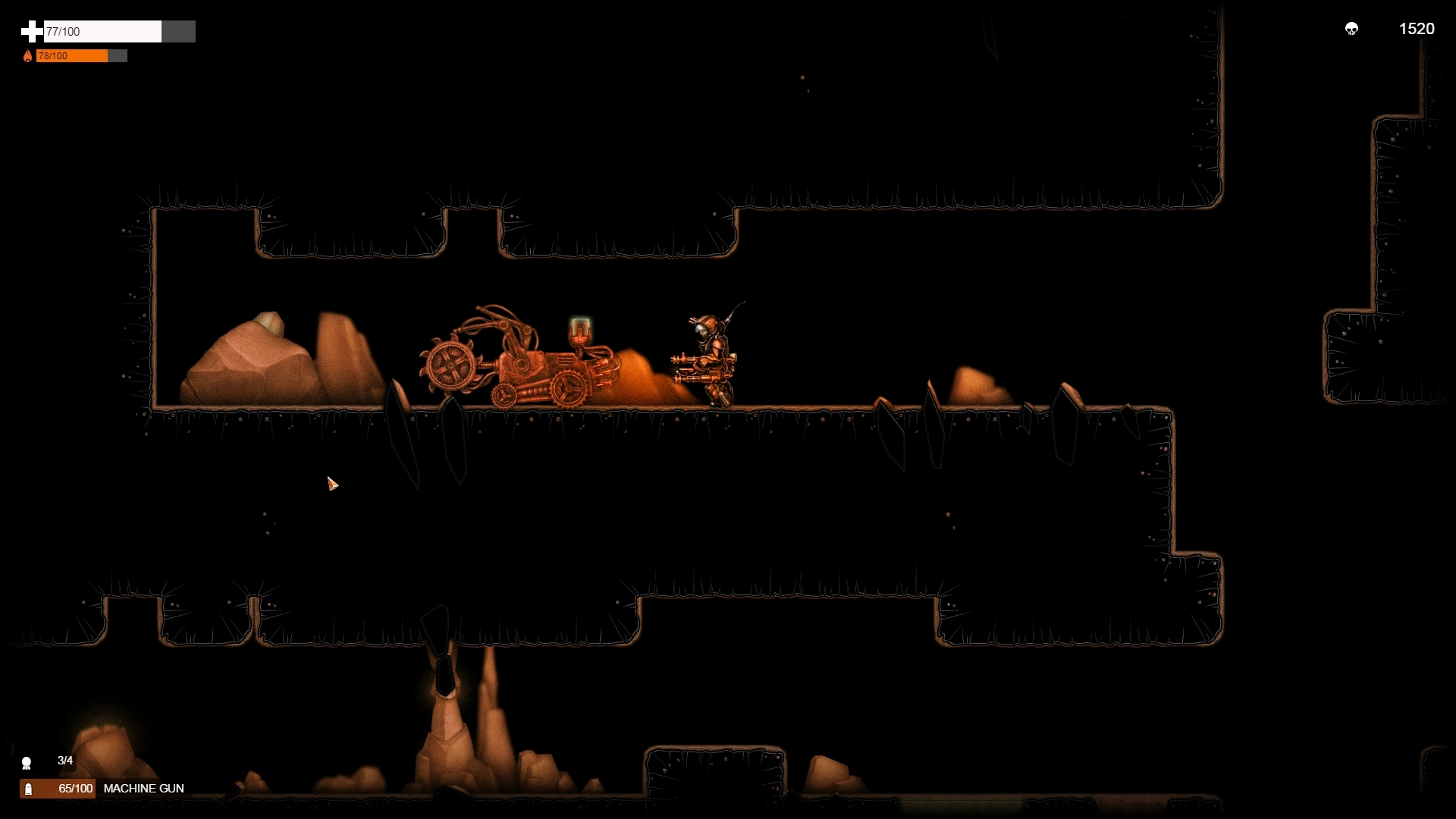 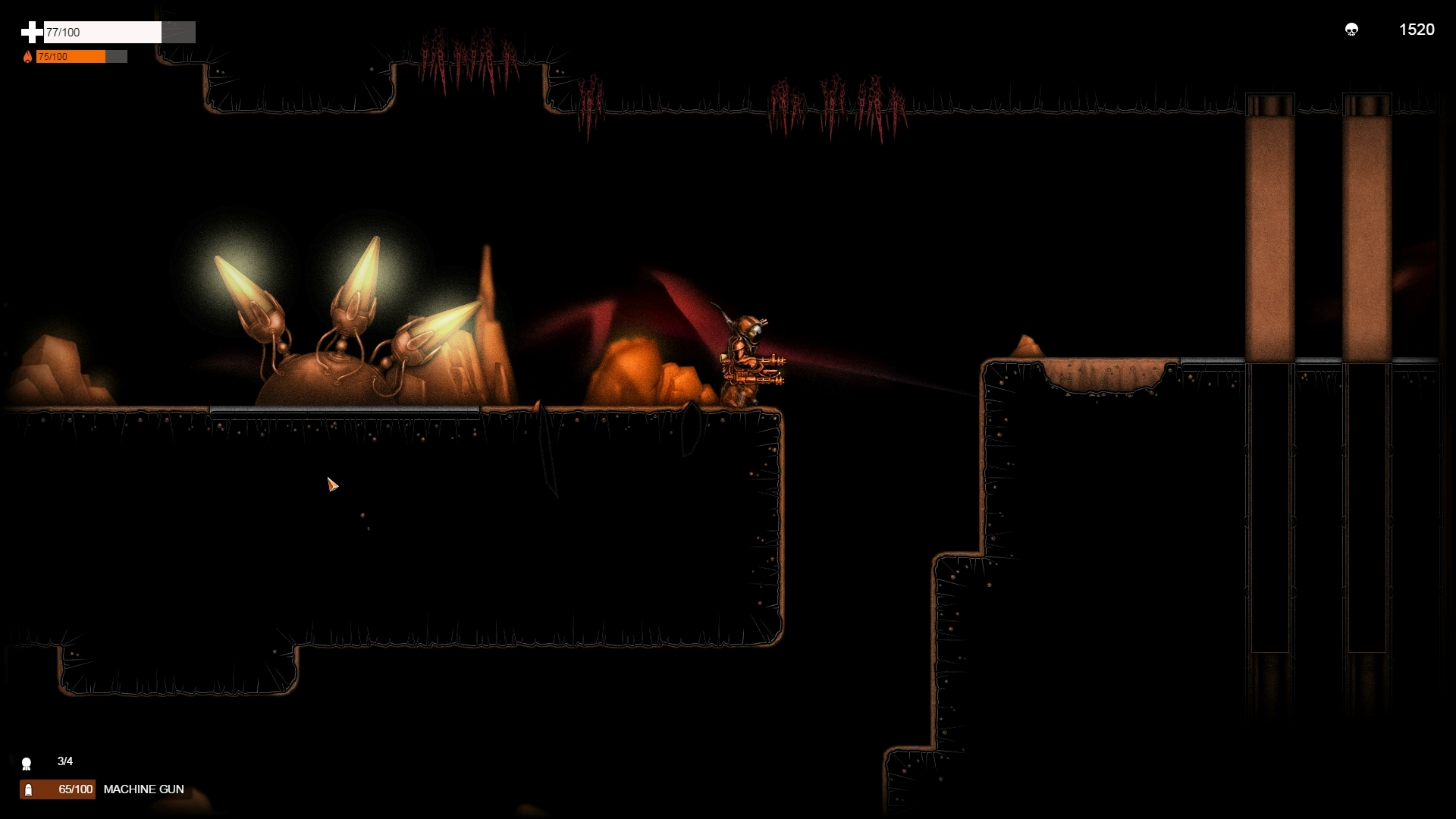 There was a bug, which is fixed with this version, with a 3 switch puzzle when the switches were activated too fast, it was much harder to solve the puzzle and open the gate on 4th level.

The game performance is increased by optimizing protagonist’s number of animation frames and reducing the number of collision polygons of numerous game objects. This will free up some resources used to calculate physics. 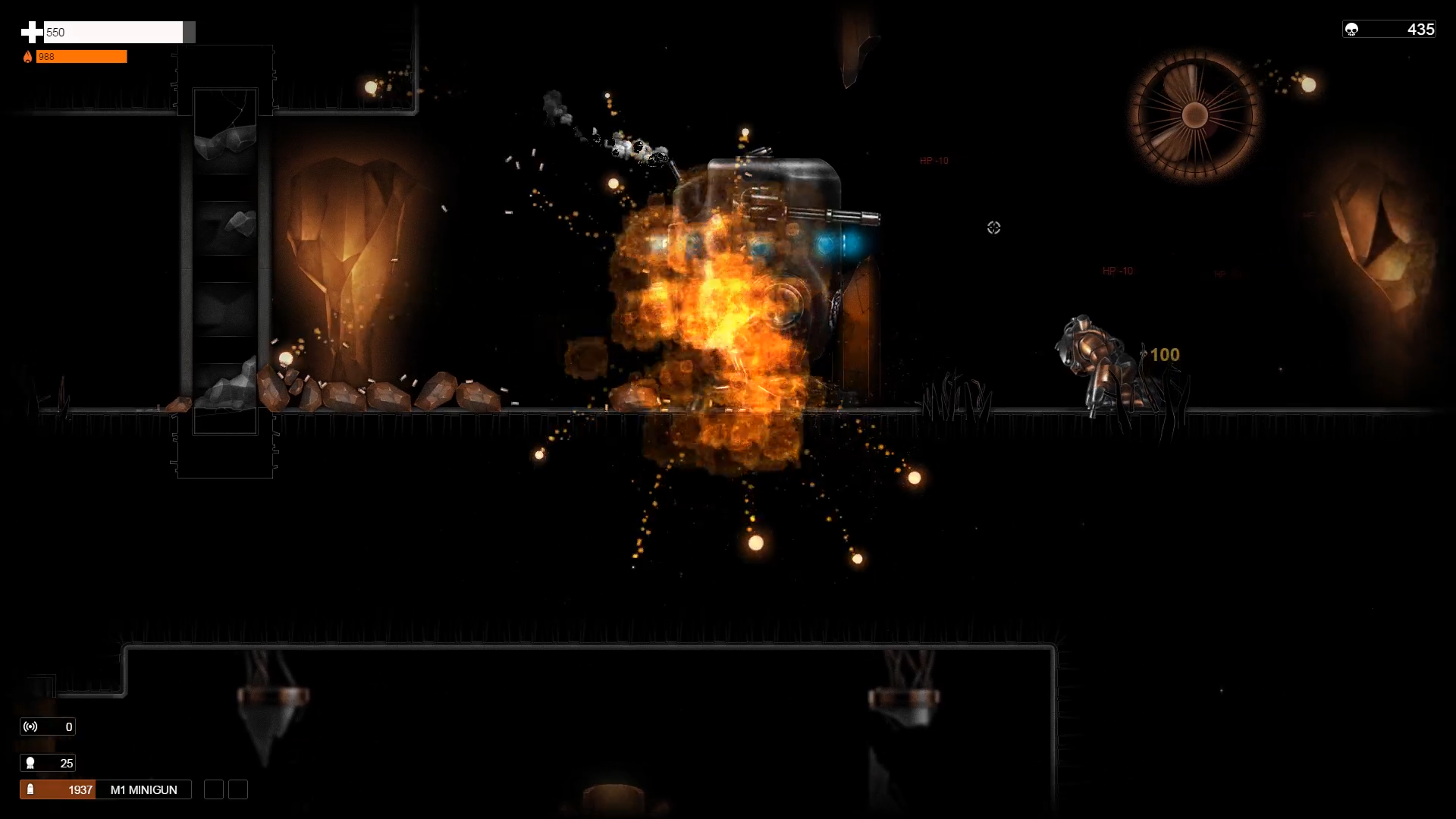 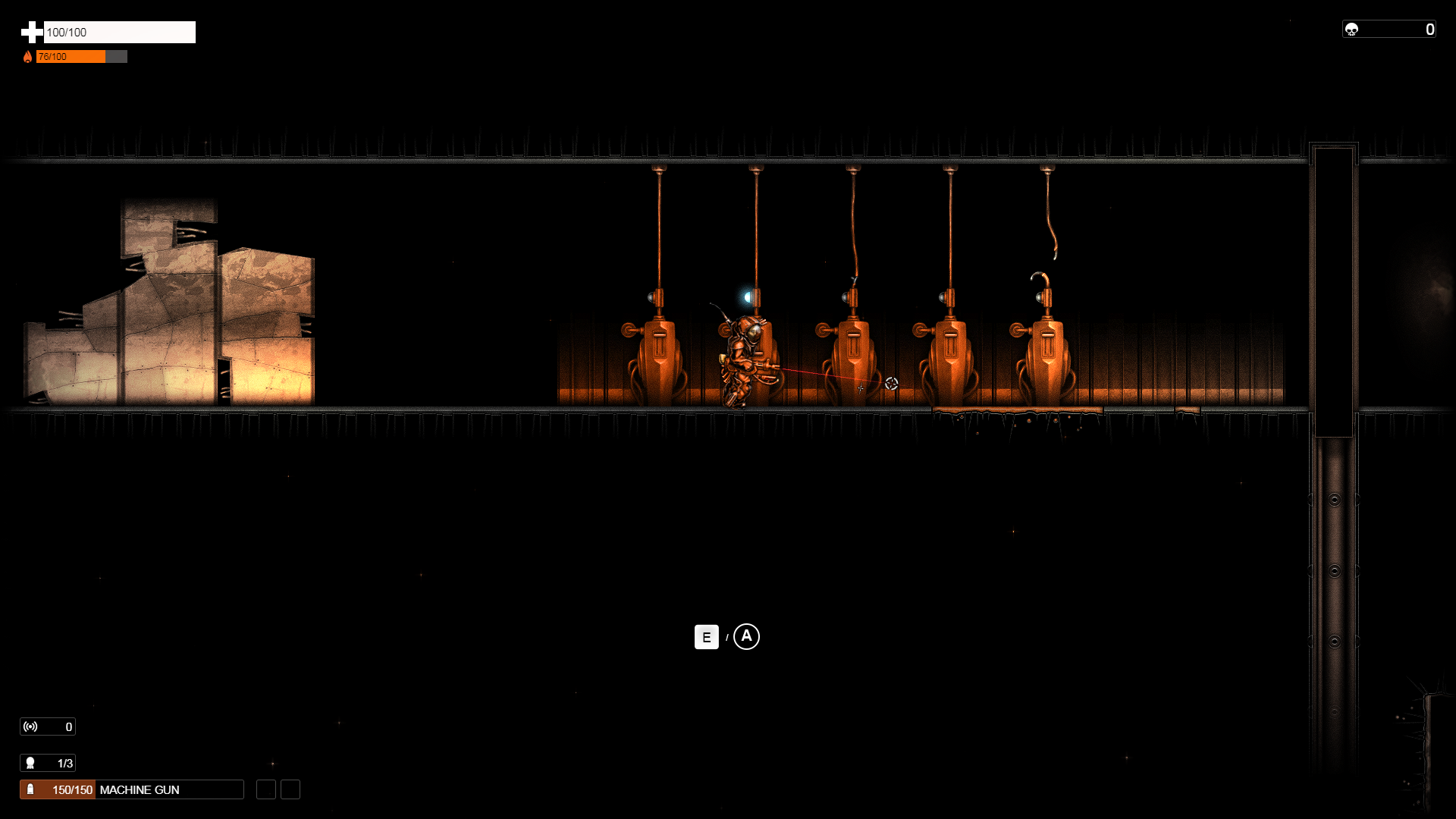 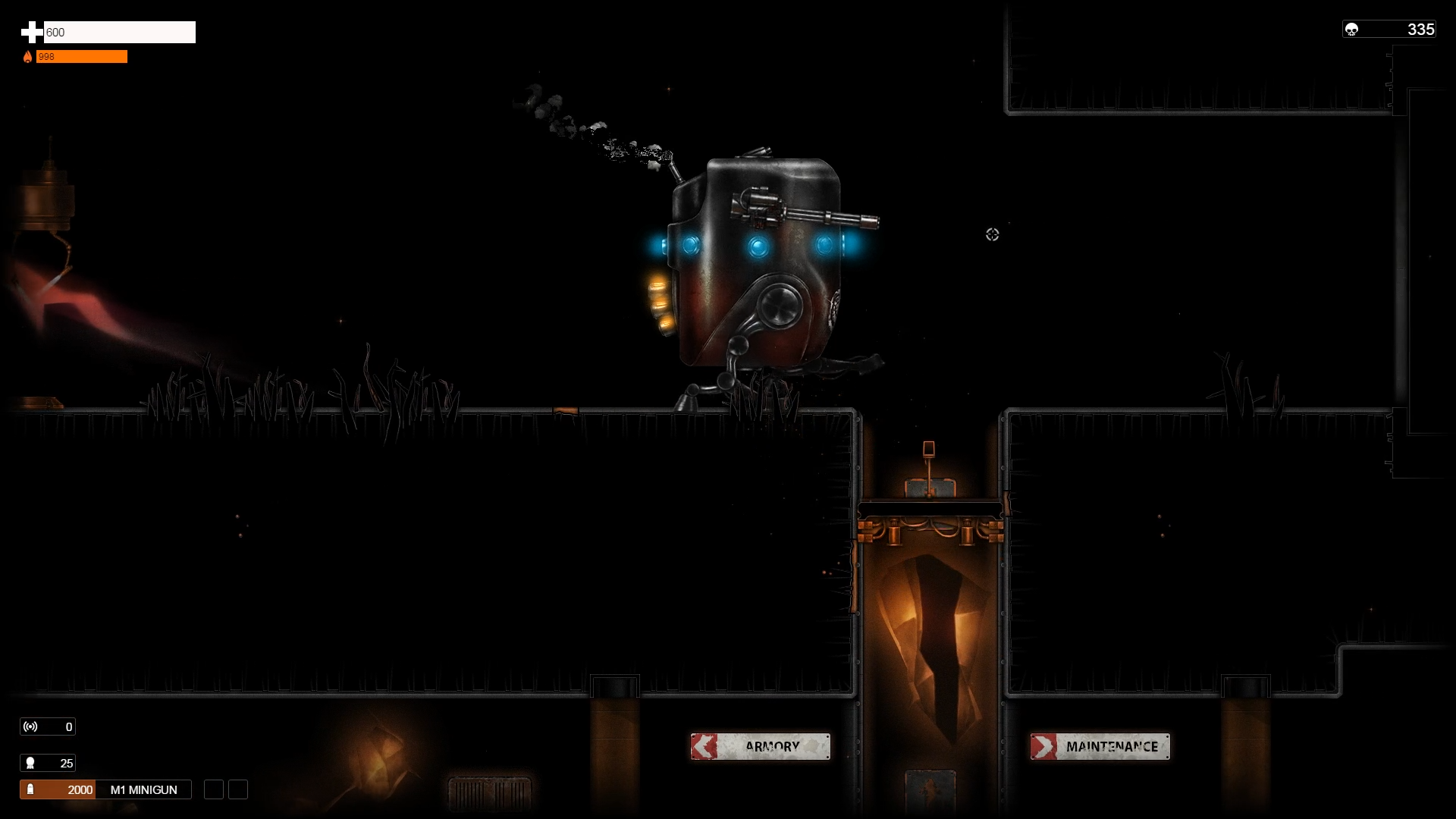 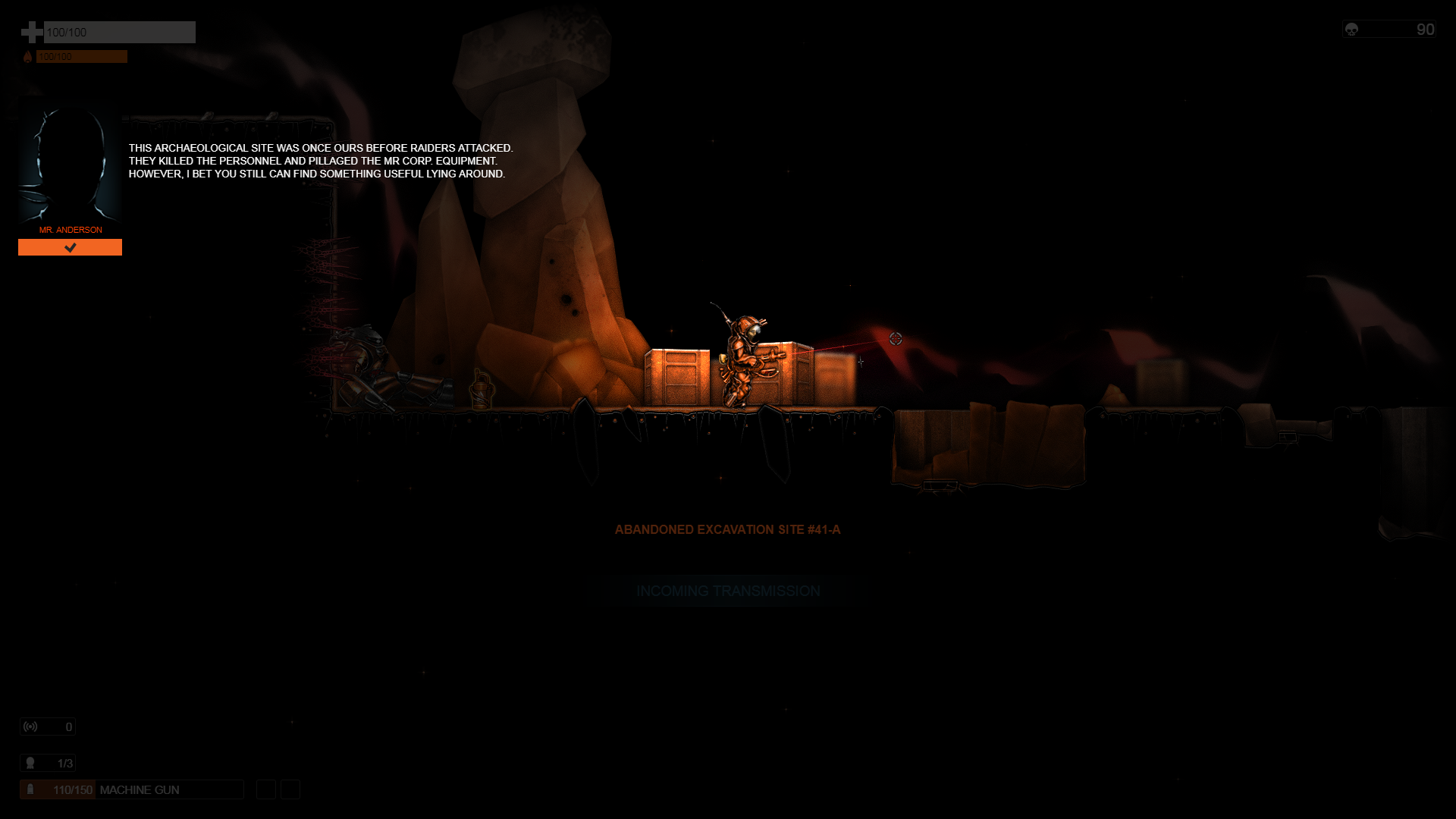 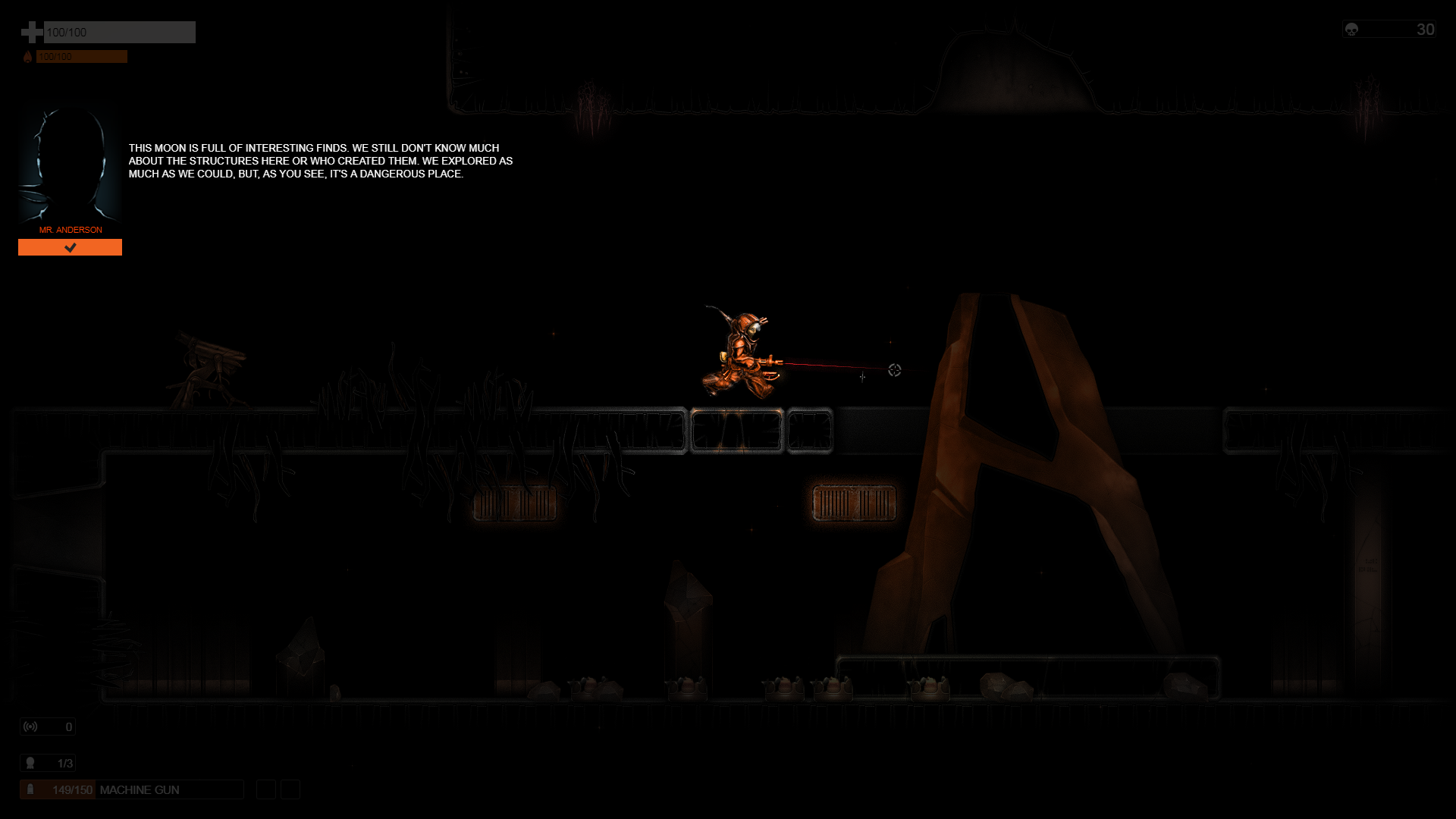 Orange Moon is a surreal 2D action-platformer with RPG elements and complex puzzles. Take on the role of an explorer as you discover the mysterious world of Orange Moon – filled with hostile native life forms and harsh, treacherous environments. To increase your chances of survival, choose from a variety of weapons, equipment, and upgrades to aid your dangerous exploration. Can you uncover all of Orange Moon's secrets?

Game would not start first time under Windows 7 fixed. Astronaut getting through the terrain when using Turbo Jets. Contract terminated.

Orange Moon v1.4.0.01 demo download for Windows 7/8/10. In this demo you can play third level of Orange Moon and unlock and upgrade each weapon available...

Looks awesome, loved the demo. Really looking forward to it!

We are playing your Demo, the game is cool but we think the trailer does not do you justice! :)

Not that the teaser trailer was bad or anything, it's just a lot more atmospheric when playing it.The art style comes out more too. Perhaps a small intro/teaser to the story would have been nice, set the tone. Good work!

Thank you for suggestion. I agree, the story trailer would be great to have. Ill look into it when I have finished what planned first.

i love your art style keep it up its looks grate!!