We talk about the development of the Open World design of Foxhole.

Previously, we talked about things that were heavily work in progress that won't be ready for awhile. Today, we're going to be discussing features that you will be seeing very soon. We will be outlining our plan to transition from the combat focused prototype to new prototype that will contain gameplay elements that are more representative of the core concept of Foxhole.

All features discussed here are subject to change at any time during development.

Transition to the Open World

Over the next 1-2 months, we will be transitioning from the "Combat Prototype" to what we are internally referring to as the "Open World Prototype". This will be an iterative process where you will see more open world features added with each update.

Here are some things to expect from the process:

As mentioned earlier, this expansion will happen in stages. In a near future update, we will be expanding the playable area to small portion of the open world. This will be roughly 6 times larger than what's available in the Combat Prototype in terms of surface area.

Here is screenshot of a new small town that will be part of the new playable area. 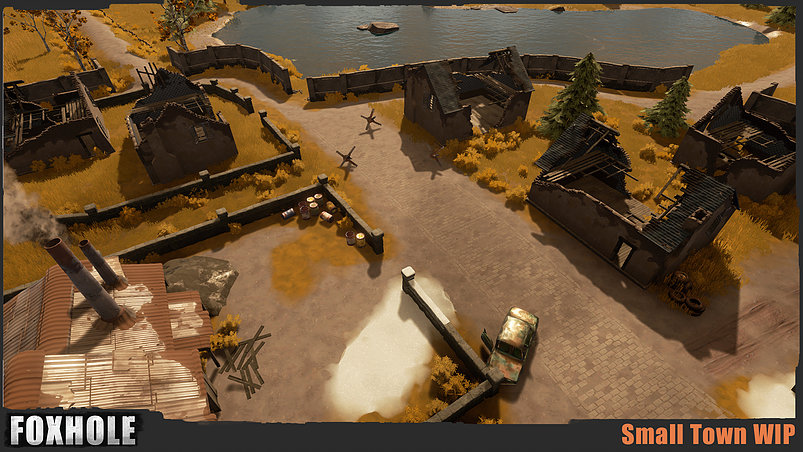 Here is an aerial view of a WIP version of the new playable area. 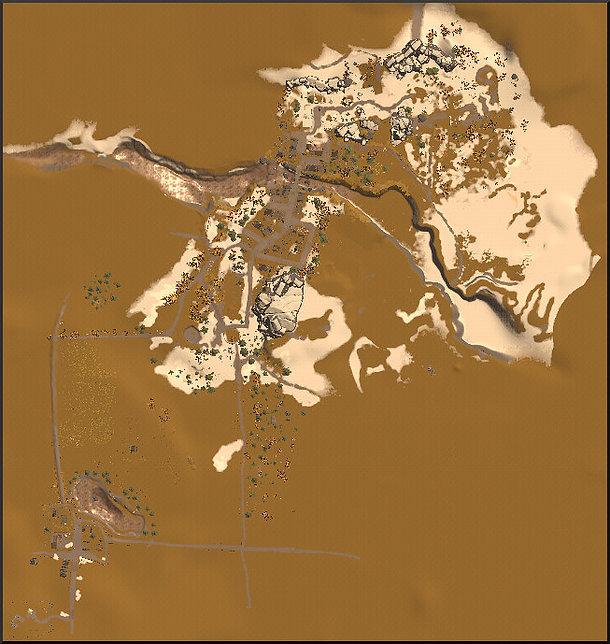 We like to plan out our world using physical models to help us get a good idea of layout and relative positions. 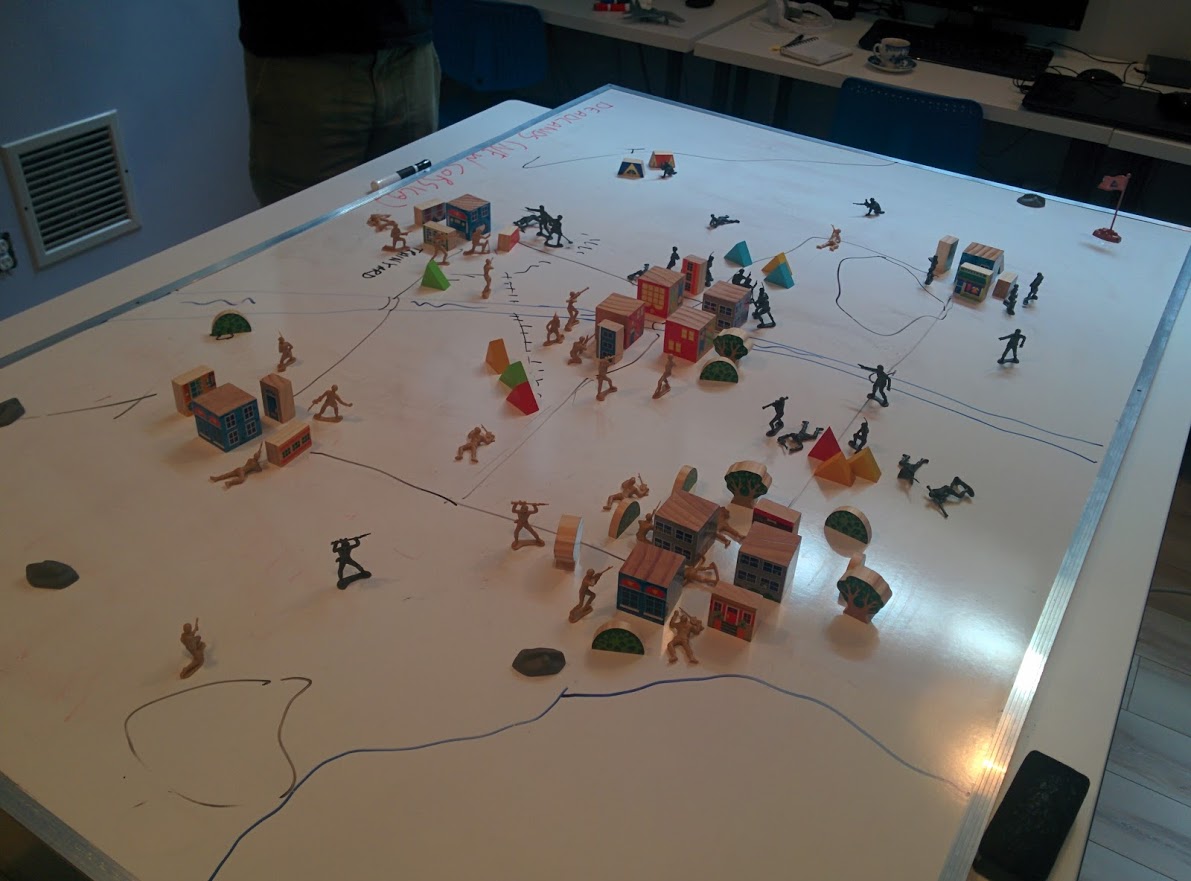 This will be a new buildable structure that will serve two purposes. Firstly, you will be able to spawn at your campsite, allowing you to establish a front line that is far away from your Outpost. Secondly, your campsite will also allow you to stash items away that will be persist between play sessions. You will only be able to build one campsite at a time. 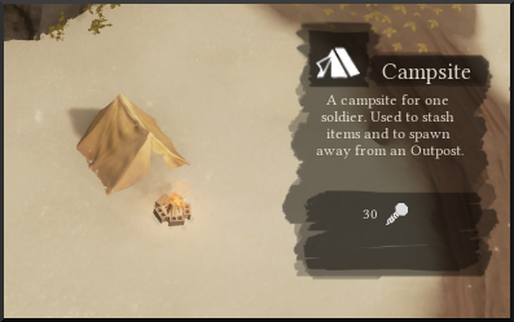 This will be a category of structures that players can build to fortify an area when there are no online players nearby to help defend. The first passive defense structure in the game will be a new version of the Foxhole. 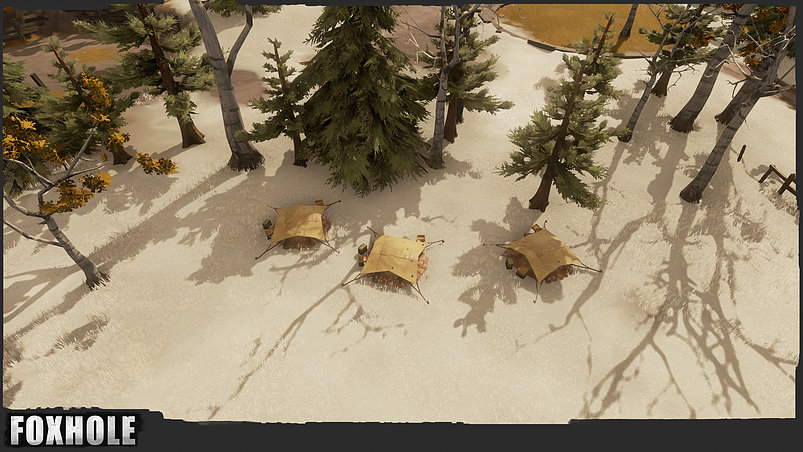 We plan to develop passive defenses in two phases.

In the first phase, they will be fully automated, meaning you can build it and they will fire by themselves without any additional player interactions. They will also have unlimited ammo. However, this is a stand in solution that we hope to replace when our player population grows.

Once there are enough players in the world, we want to remove the automation and require that players occupy passive defenses in order for them to work. Specifically, we want players to man these defenses when they log out of the game, so that they effectively feel like their in-game character is still in the world, defending a base or the front line. As much as possible we want all aspects of the game to feel player driven and we feel that if there is a soldier inside a Foxhole firing at enemies, that soldier should to some degree have been directed by a player (vs being a "magical" NPC that appears). We also want to make passive defenses have limited ammo eventually, requiring players to use a supply line to keep them in operation.

We will be introducing resource generation and weapon production. 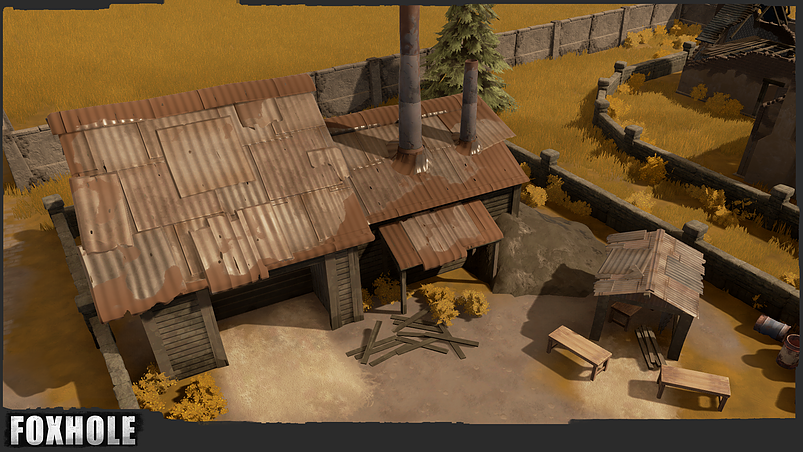 This is where players will produce all their weapons (other than starting gear) and ammo. These structures will also be found in the world. Building materials will be required to make weapons and multiple items can be queued up for production.

If you haven't tried Foxhole yet, play it now on Steam here.