The radio is flickering back to life. As we’ve indicated on the Public Test Build status thread on the forums – the long awaited R build is currently in testing and receiving positive feedback. There are various loose ends that need to be tied up, but thankfully the zomboid infection is coming back out of incubation.

We’re not the only apocalyptic automaton plague around though, you know, so we wanted to take a few moments to flag up some Kickstarter projects we believe Project Zomboid fans might fancy biting chunks from. We’re acutely aware that our game wouldn’t exist without the trust and generosity of you guys – so wherever we see other crowd-funded zombie games we want to spread the love. First up is Dead State. 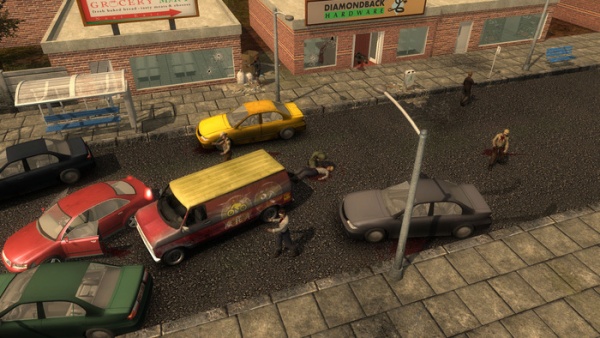 This is a turn-based zombie RPG, and it’s headed up by Brian Mitsoda who previously was a designer and writer on Troika’s utterly fabulous Vampire: The Masquerade – Bloodlines. The town of Splendid in Texas shares the same mentality as our own Knox County in Kentucky, in Dead State people are just as important/dangerous as the zombies, but the turn-based combat seems to give it an entirely different flavour. Original Fallout-style gunplay mixed in with a Romero zombie apocalypse? Count us in! We’re hugely excited about playing Dead State, so consider yourself prodded in the direction of its Kickstarter page. 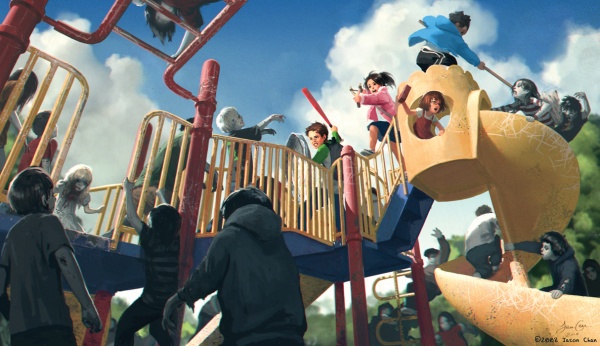 It’s an online action game featuring a bunch of kids pummelling the recently deceased who’ve shown up in their school. Imagine Left 4 Dead with the Goonies as lead characters – it’s all very silly, a far cry from the desperation of PZ and Dead State, but is perhaps worth a look. You can find its Kickstarter page beneath these very words.

Finally, a little love for The Dead Linger – a project that’s already found Kickstart support. The guys at Sandswept have got big, big plans – and it's going to be great to see them come to fruition.

Well, that’s enough waving of non-PZ flags for now. As R is rolled out we’re going to get back to a semi-regular series of Community of the Dead blogs, alongside the appearance of a new regular we’ll be calling Modding of the Damned. While the kinks are knocked out of the released ‘R’ in preparation for the official release on our site and Desura we’ll also be doing community q&as for our English-speaking and international audiences.

So watch this space, but don’t watch it too hard – otherwise someone might climb through the window and bite you. Back to survivin’...

Can't wait until the next PZ update =D!

same here! love this game so much :) i want to see it get really big and see all the new stuff coming in :)

the pic with the kids is epic... and yes looks nice. tracking.

Best luck to them ! They are on a good way.

when is the official update actually coming out?

They haven't stated yet. We're all hoping it's released within the next two weeks.

Is zombie playground going to be on desura?

Thank you for letting me know about Zombie Playground. The spin on the zombie franchise is surely worth a look. Kudos for supporting other developers through your fame :).