Hi Sailors! Welcome to our first monthly roundup! Sorry for the delay as we had a lot to digest from our last test session (coupled with our biggest post ever). So, lets get started with it

Hi Sailors! Welcome to our first monthly roundup! Sorry for the delay as we had a lot to digest from our last test session (coupled with our biggest post ever). So, lets get started with it

Another test, another set of feedbacks! Keeping up with the previous test, we scheduled a new test using our latest build (AL 0.2010j), this time we had a group fully composed of first timers!

We were able to collect lots of feedback on their first impressions which gave us a lot of insight of where and what we should be improving. We are already planning to sneak in multiple improvements to ease the learning curve of the players.

Last but not least, we are proud to say that this was our first test including our patrons! Thank you so much to everyone that participated!

In our latest build (AL 0.2010j), we updated our encyclopedia visuals to better match the current aesthetics. The search bar was also improved as we now have keywords for each article, making it even easier to find articles related to what you are looking for. 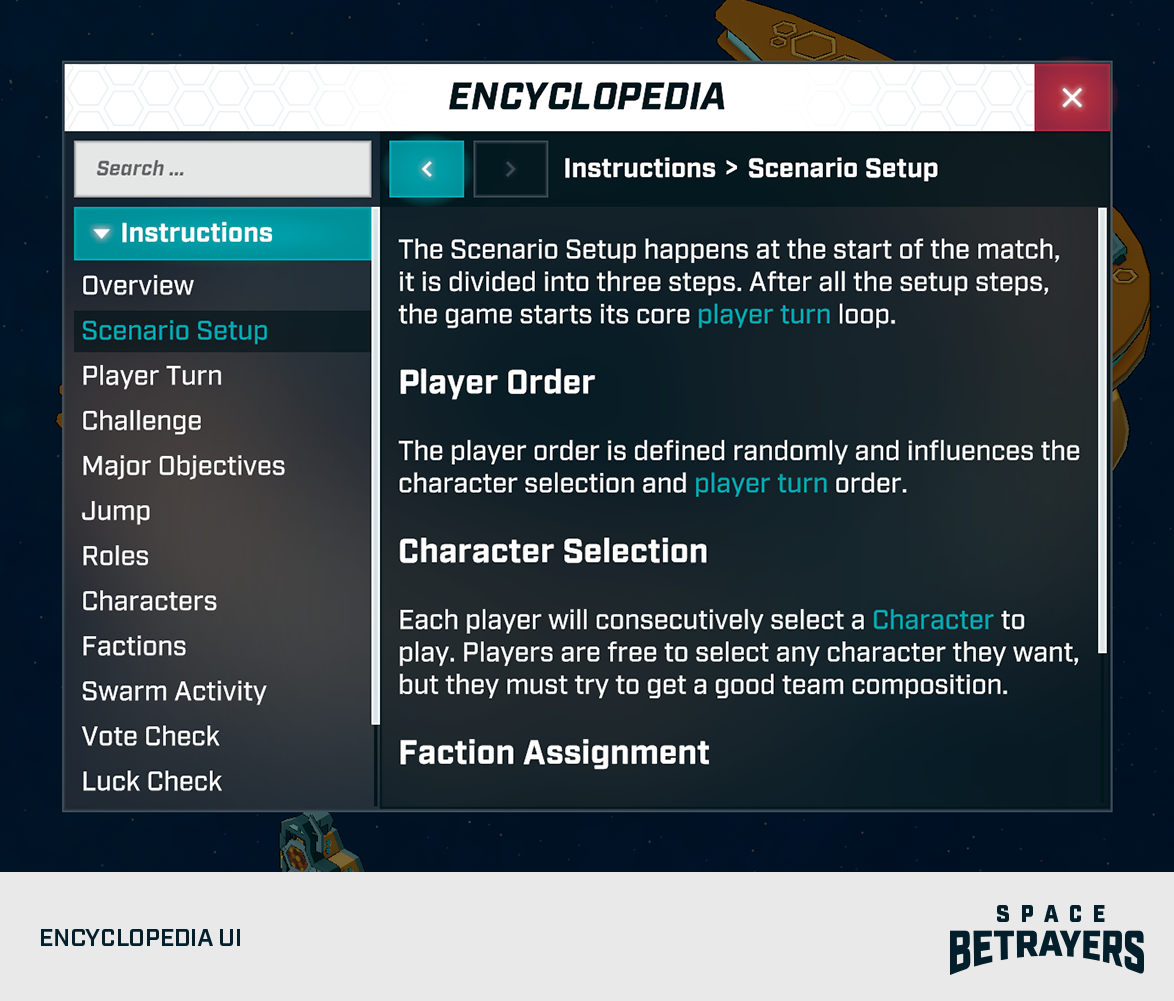 The encyclopedia is still a work in progress and in the future we will be adding new content and improving the explanation of the game mechanics. We also have plans to add images and improve the visual hierarchy of each article.

Aside from the previously listed new encyclopedia visuals, this build added some missing features to the character selection and fixed all known bugs from the last build. You can read the full changelog on our Discord.

The Jump Map is one of the most important screens in the entire game and is certainly lacking some love right now. The Jump Map shows how close the Sailors are from completing their objective and it should be inside the Sailors head at all times during the whole match. Right now, during the whole match, the only player that needs to check that screen is the Admiral, and that only happens when he activates the jump. We think that all players should be aware of how close they are to the end of the match and that they should keep track of how the Admiral is doing his work. 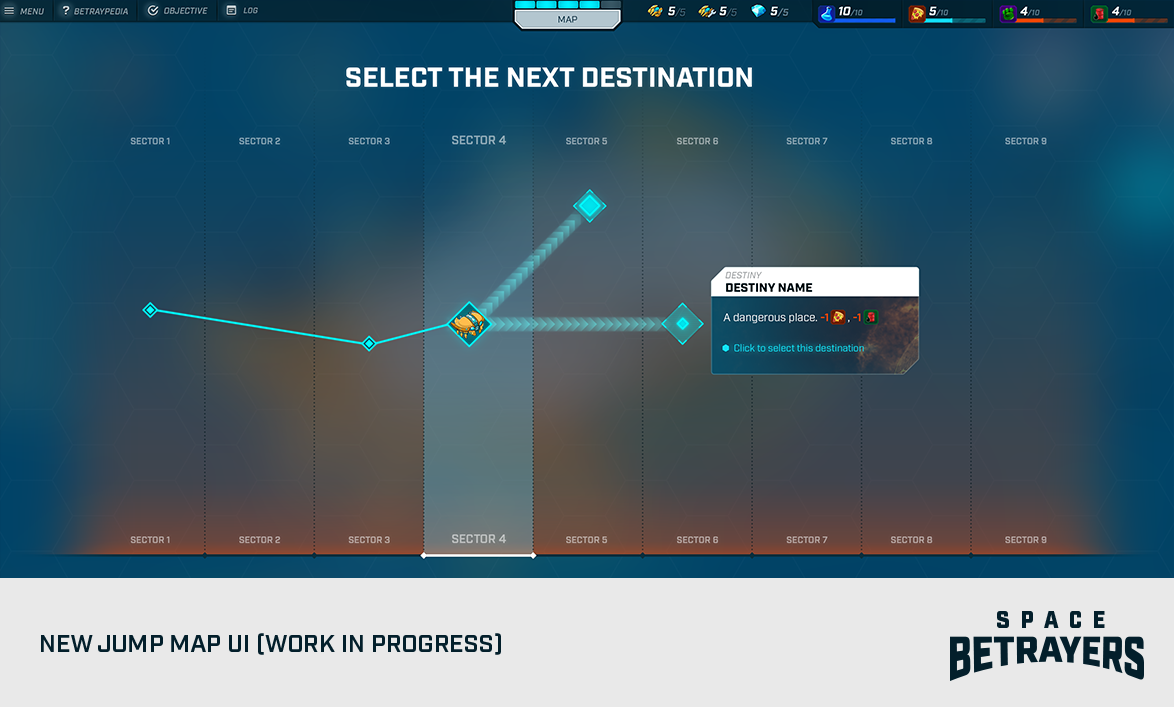 With that said, there is already a big update on the works, improving how the game shows and handles the jump sequence. This change should greatly impact how the players view their objectives and priorities.

There is also a new planned feature, the event log! This feature will enable players to view all previous events in an ordered way, helping them remember what happened during the match (maybe even catch someone lying in the process). 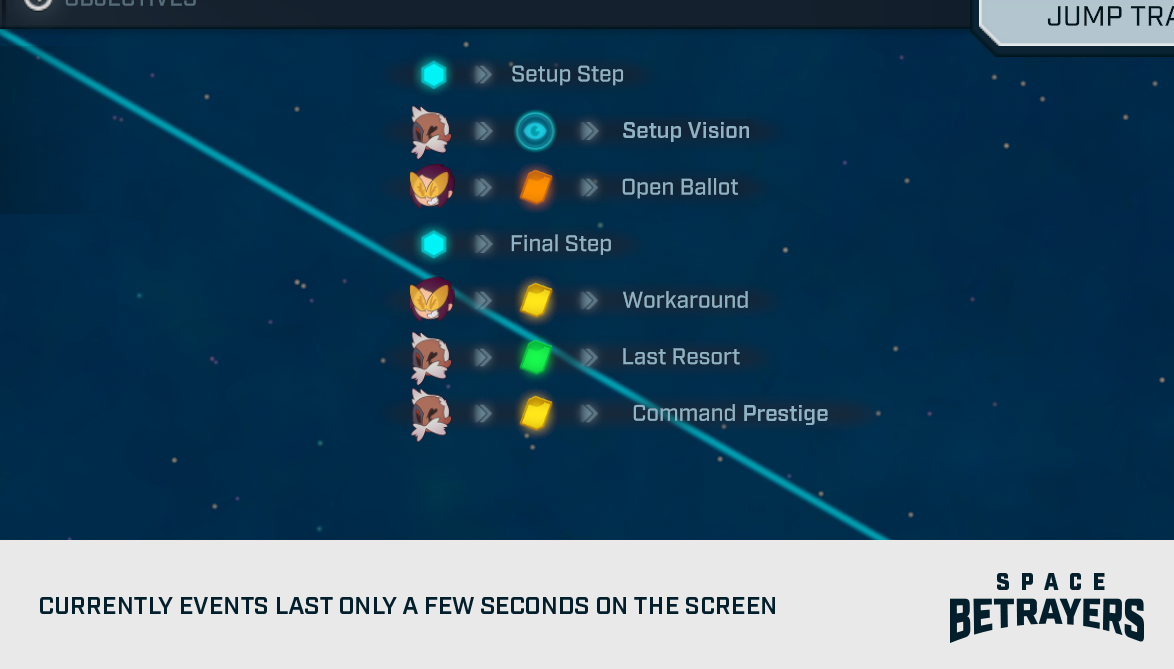