Here we are for our second monthly roundup! Today we will be talking about our progress during the last couple of weeks and some of the new stuff we have planned for this month.

Hi Sailors! Here we are for our second monthly roundup! Today we will be talking about our progress during the last couple of weeks and some of the new stuff we have planned for this month. 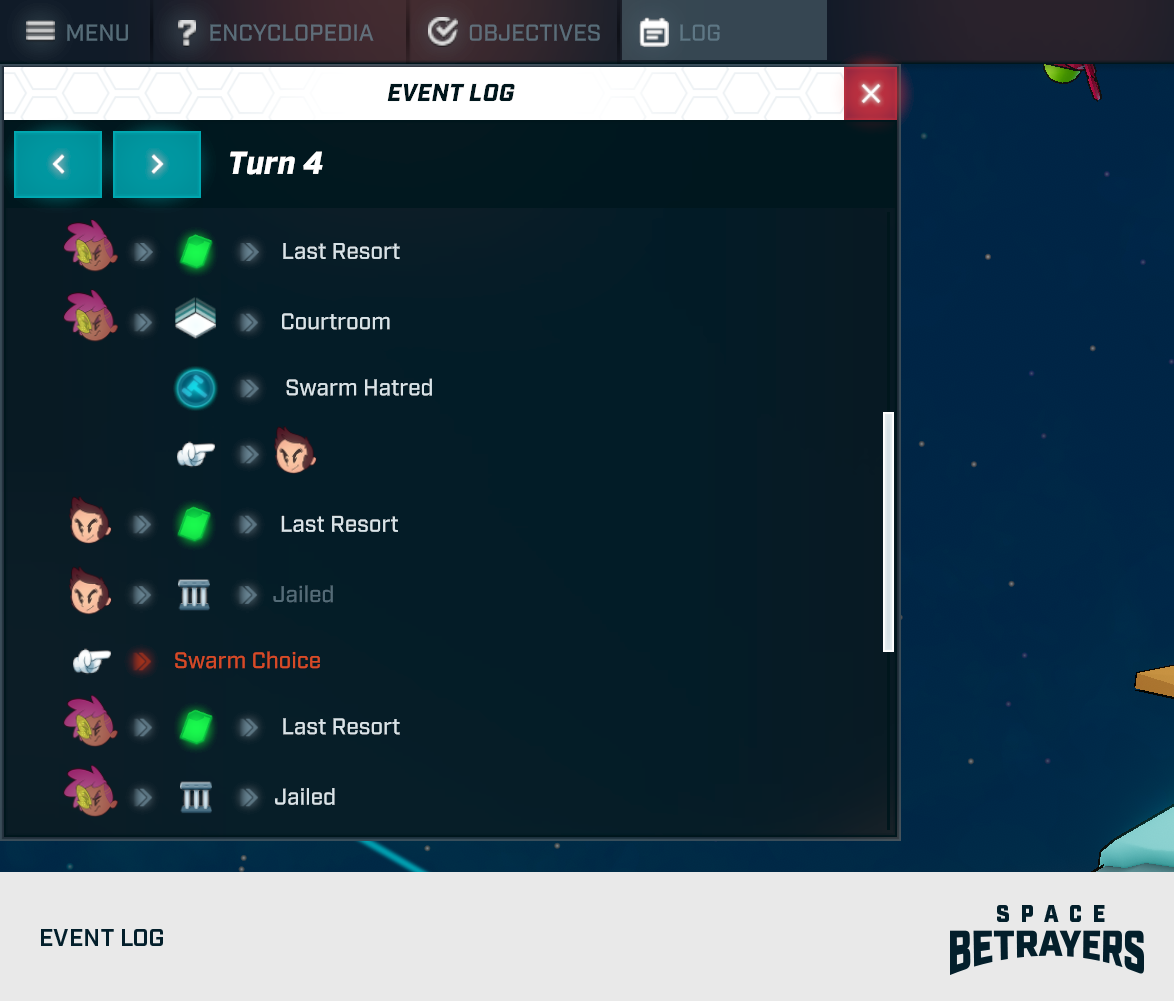 Aside from the temporary visuals, the event log is now fully functional. This window will also show some extra info that is not shown on the normal event list. Players should now be able to view the complete history of previous events and actions. 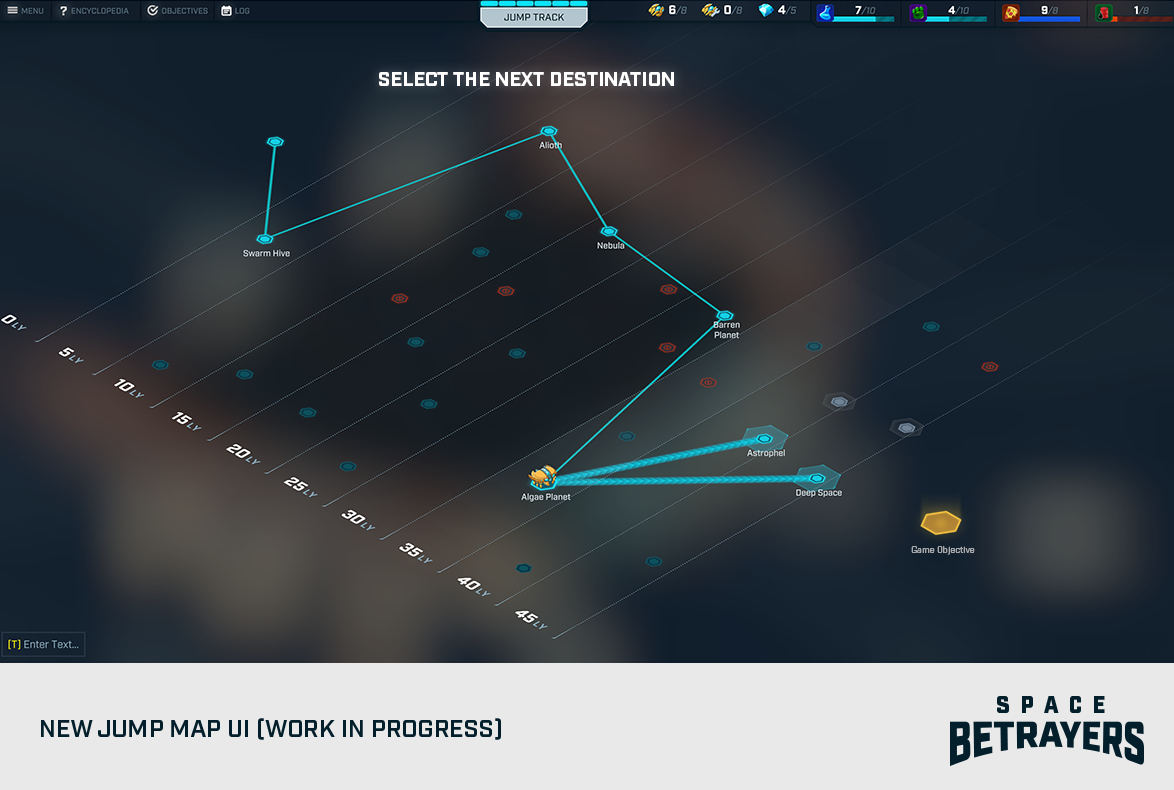 We are really happy with the results here! We are still fine tuning the art and animations but it’s already a huge improvement over the old map and how we handled the jump sequence. This change was really complex as we had to make changes on how the destination was chosen, coupled with changes on how the Scout Destination Skill Card interacted with the map. The jump map is not yet complete but it is already usable.

A new build is on the rise! We are getting ready to drop our next alpha release next Friday (11/12). This build will contain both not only the Event Log and the Jump Map but also new destinations, lots of bug fixes and improvements collected during our last round of tests. We are scheduling to test this build before Christmas. Don’t forget to join our Discord to check the complete changelog when the build is out!

Our first version of our new jump flow is almost complete and our next step will be to test it with our players to see what needs to be iterated.

Meanwhile, we have planned some improvements on the labeling of our action button and the addition of an extra label near the action button to help the players understand what they should do. This is a simple, but big, change that we want to make while we are still ironing out the jump map.

Finally, we still want to do a round of improvements on the Vote Check flow but as our first improvement we are improving some of the feedback on the skill cards. One common issue players have during their first matches is understanding what they can do during each step of the Vote Check. 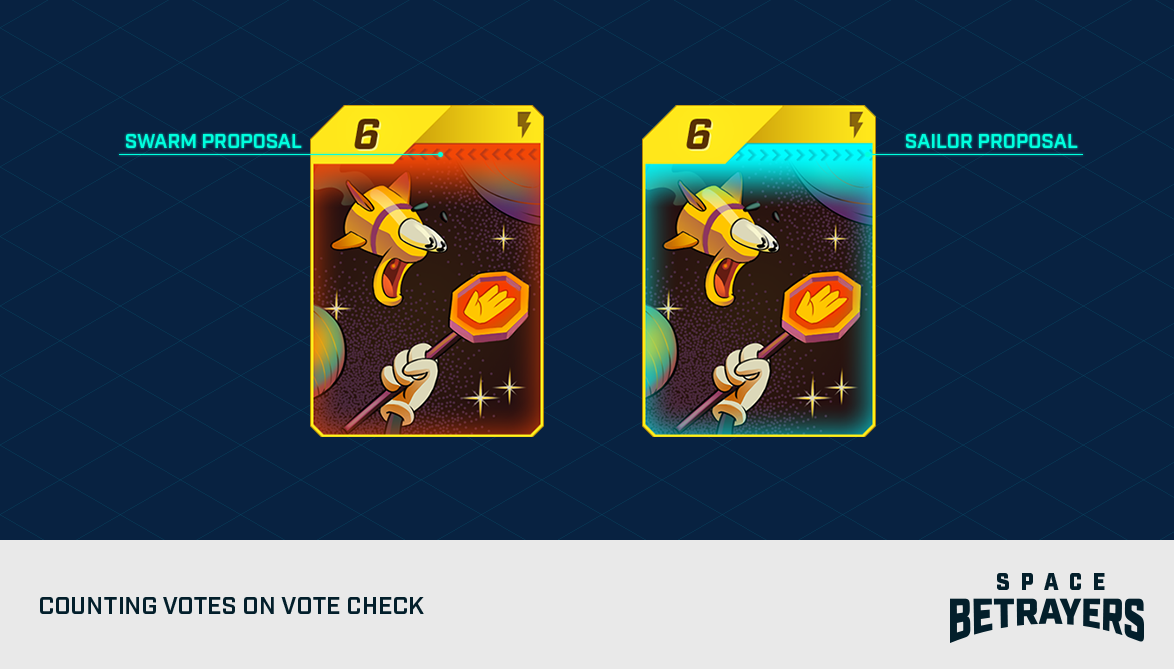 As shown above, we will be adding some extra feedback (and animations too) to better show how each card will behave during the vote step. The arrows and colors will appear during the vote step to point out which side they will count. We hope that, at least for now, this should be enough to help players understand how their cards will react during this step.

Since these are considerably smaller tasks our next post about our progress should happen a bit sooner.