Hello everyone! I hope the beginning of your week is going well. I have another update for you and we are going to talk about some gameplay mechanics… in detail. In particular, I want to talk about the product slotting module that is in the game now. This has changed the way you create products a bit and I want to share that with you right now.

Hello everyone! I hope the beginning of your week is going well. I have another update for you and we are going to talk about some gameplay mechanics… in detail. In particular, I want to talk about the product slotting module that is in the game now. This has changed the way you create products a bit and I want to share that with you right now. I will warn you however, that this will be very detailed and if you don’t like numbers or understanding some of the inner workings of the game, you probably do not want to read any further. Of course, I hope you choose to read. Also, everything mentioned here is subject to change, however at this point we’re nailing down final implementations.

Slotting your products is essentially you putting the inner pieces of each product type together. From CPU’s to Consoles, you will be able to decide what goes into each of them. As usual let’s discuss the Central Processing Units. Of course in the real world, the parts that make up a CPU are many, however we have narrowed them down into five key parts; Cores, Clock speed, cache, memory and bandwidth. These five things make up the CPU and you will be able to slot them however you want within your products. As discussed in last week’s video, you will be able to unlock better CPU architecture as the game progresses to increase the slots available throughout the game.

The more slots you have available, the more you can slot and the more options you have when it comes to getting everything you want into your design. Let’s talk about each part that makes up the CPU: 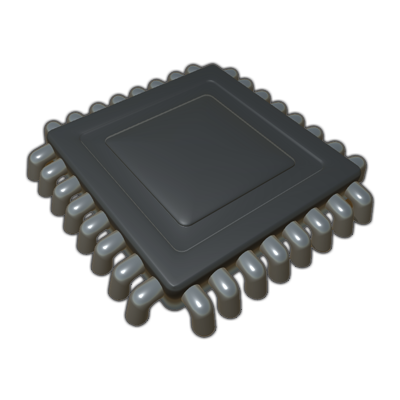 1. CoresThe cores hold the power or potential of the CPU. In the game, IPC or Instructions per Cycle is the value that represents the potential or power of the CPU. The more instructions that can be ran per cycle (per tick), the more powerful the core. The IPC is the base value of power in each core. There is also Hyperthreading where each core can split its focus to allow for multitasking (allow the running of multiple instructions simultaneously). Without enabling hyperthreading, the IPC full potential goes toward one application thread at a time. So to share an example to better explain this: In the game, each application (in-game) that can be run on a computer (in-game) uses a thread or sometimes multiple threads (multithreading in software applications). These threads need to run at a speed and frequency in order for the application to run optimally. Every software application (in-game) that you the player can create will have a final value that represents the required threading value upon completion. This will be determined by your software engineers’ ability to code multithreading in applications. This value is measured against the Computers/Consoles CPU and GPU threading grade/value in order to determine how effective that Computer/Console is at running that application.

There are three types of research available to you for increasing the power of the core. 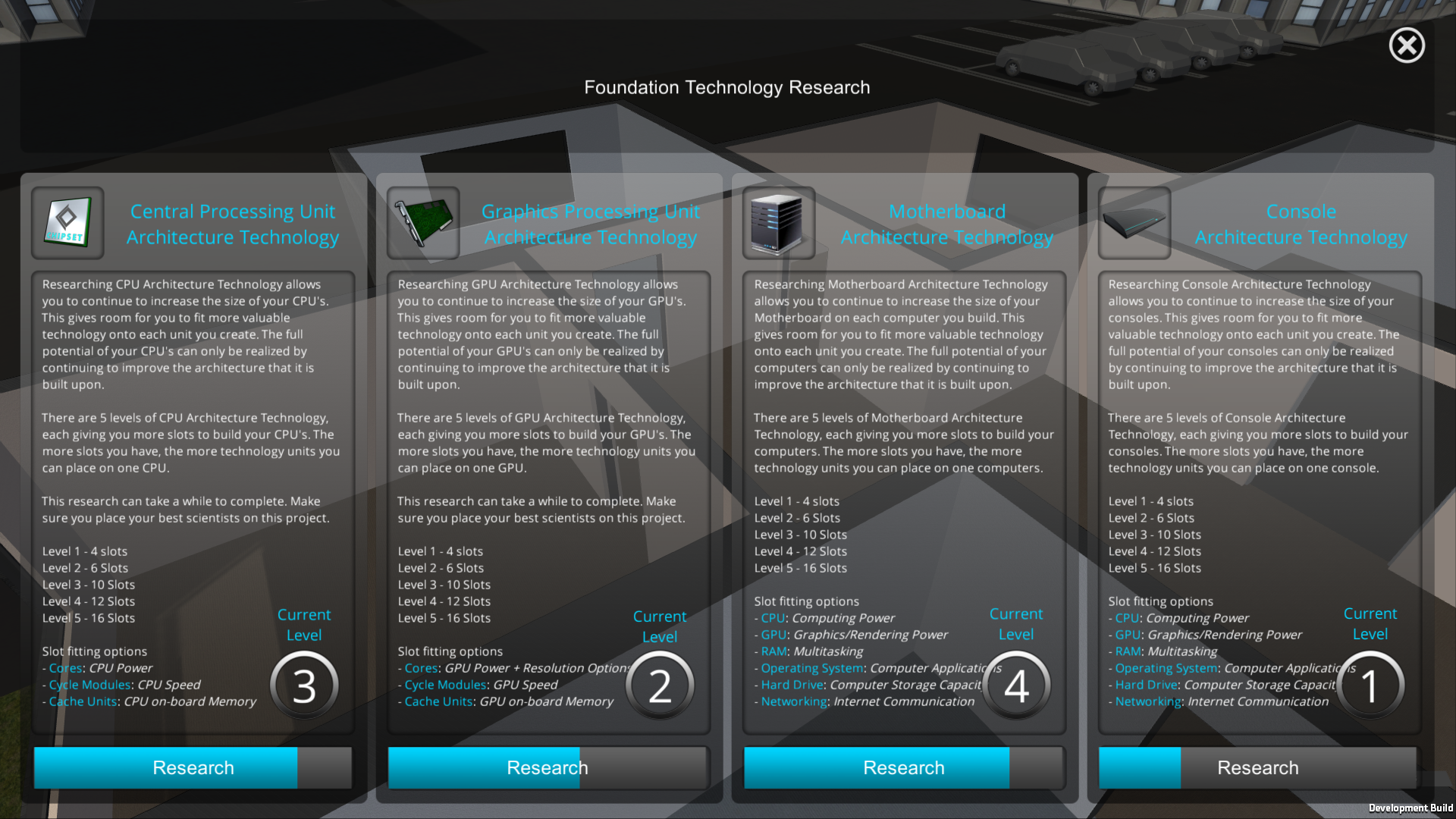 • Hyperthreading Technology This allows you to increase the power of enabling hyperthreading on each core. As you gain levels in this technology, you will increase the ability of each thread to increase its maximum instructions value. I won’t spoil which customers will benefit from this the most in different situations, but I am sure you can imagine the possibilities. You will have to weigh the importance of progressing this technology over the others.

• Instructions per Cycle Technology This boosts the instructions per cycle max on each core. The higher you research this, the more powerful each of your cores will become. As the game progresses your competition increases and you will need to remain competitive.

• Cores Capacity Slotting technology This technology allows you to increase how many cores you can fit into one slot. So this can help you maximize each slots

2. Clock SpeedClock speed has everything to do with how fast your CPU can run its cycles. The faster the more powerful, depending on a few other factors. Speed is tricky in the game because depending on the latest Computers, Console, application and gaming standards. Although the CPU companies dictate the progression of technology, they are graded by the latest products that need to be run using the CPU. So speed can be fast for one application or game and for another, completely slow and inefficient. So when building your CPU’s, depending on your target demographic, you may want to slot based on information pertaining to the types of applications/games that demographic wants to run.

Clock speed increases the frequency at which your CPU can fire instructions to the PC or Console. However, the overall CPU clock speed is dependent on a number of factors including cores, bandwidth and caching. More on that below. The instruction power on the cores can only be as effective depending on how fast they can be fired off. The clock speed is dependent on how much data can travel per second. Caching allows speed to potentially double or triple due to slower distance required to travel to get data. I know it sounds incredibly technical—and it is, however for gameplay sake, things are simplified. There will be feedback presented to the player to simplify the product creation process.

3. CachingAs mentioned briefly above, caching is all about memory capacity in much closer proximity to the CPU, as it is onboard the CPU. This dramatically decreases the distance that data needs to travel from other storage on the Motherboard. So gameplay wise, this will also increase the speed of the CPU. Without caching, your CPU speed efforts will be significantly diminished.

4. MemoryThis is the amount of memory available in cache. Again, depending on the demands of the applications that need to be run, the standard number will be different depending on the current generation of technology in the game world.

5. BandwidthThis is the highway of the CPU where data travels and bottlenecks are entirely possible. In many ways, this is the backbone of the CPU’s potential. Once again, depending on the current generation of technology in the game, the standard bandwidth will change and increase the game progresses.

So now you can see that the game is going to be very detailed. This is really just a small amount of details regarding the inner workings of the product creation functionality. When you play, you will see that every product that you can make in the game has a direct impact on each other in some way or another.

For upcoming updates, let me know if you would like to learn more about the inner workings of the products and some gameplay aspects of the game. Thanks for reading and I will see you soon!

Its comming along nicely :) Cant wait untill I can try it.
Keep up the great work :D