The Factions and Flags patch is finally live! This patch adds the much-requested MP Faction system, a very QoL improving flag system, and a sweet change to the map generator. Lets get into it!

The Factions and Flags patch is finally live! This patch adds the much-requested MP Faction system, a very QoL improving flag system, and a sweet change to the map generator. Lets get into it!

If this game interests you check out the Steam Page! Its part of the Steam Summer Sale!

Factions are clans that players can form in multiplayer. 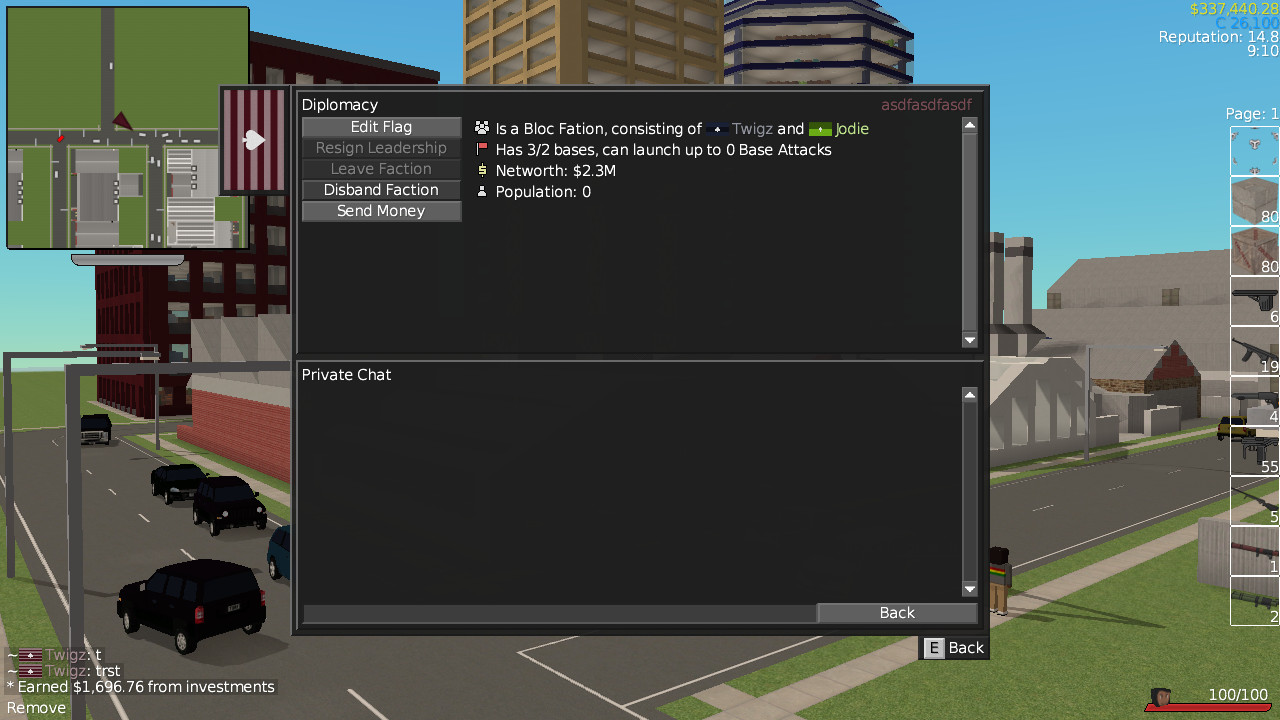 Individuals that are part of a faction are no longer independent and can no longer engage in diplomacy. Joining a faction will void any alliances, guarantees and warnings that you have. Instead, the faction itself can ally/guarantee/warn outside forces.

Factions have 3 tiers of membership. Normal members (can't do diplomacy), trustees (can do diplomacy), and leaders (can make trustees and more leaders, and can disband the faction).

Finally, faction members can do all the stuff that allies can do. So they can heal/respawn at friendly bases, do Co-Op missions together.

When you're playing a game with a lot of Gangs it can get confusing as to who is who. So I've added a Flag system to the game. When you first join a game you will be assigned a random flag.

In most places where your name is displayed your flag will be displayed alongside it. To make diplomacy easier I've made it so that when you click on a flag icon on the map it'll open up the relevant player's diplomacy screen. 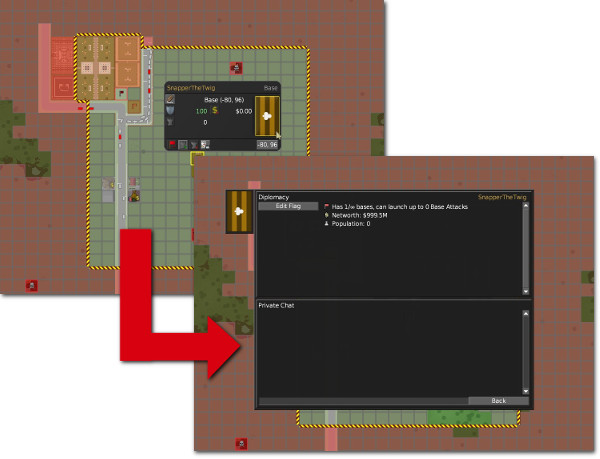 The game has a full on flag editor. You can add up to 32 layers with lots of flag elements and emblems to chose. You can recolour and reposition them to your liking. You can also mark elements as "always vertical" so they don't get rotated when the flag is rotated and you can even enable "left canton mode", so the flag is flipped when its hanged vertically, so flags like the US Flag can be hanged correctly. 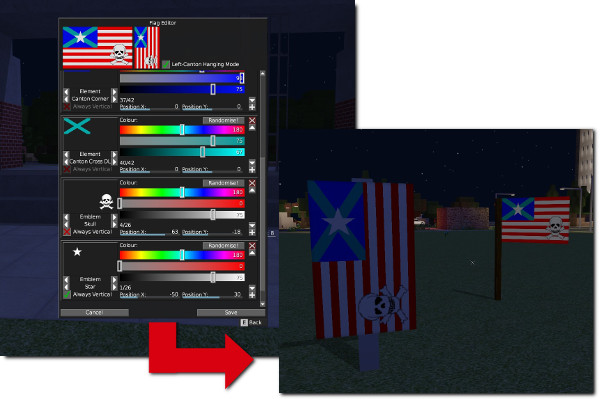 Flags are moddable up the wazoo. You can add more flag layers/emblems by defining a mods/YOUR_MOD/textures/flags/flaglayers.txt file and throwing in some textures. This won't change the client's checksum, multiplayer clients with different mod-flags are able to play together (uninstalled flag parts won't be visible, but MP sessions will work). If players have the same mod-flag-parts installed they will able to see them.

Finally I've added a heap of decorative flag blocks for you to place around your bases and other holdings. 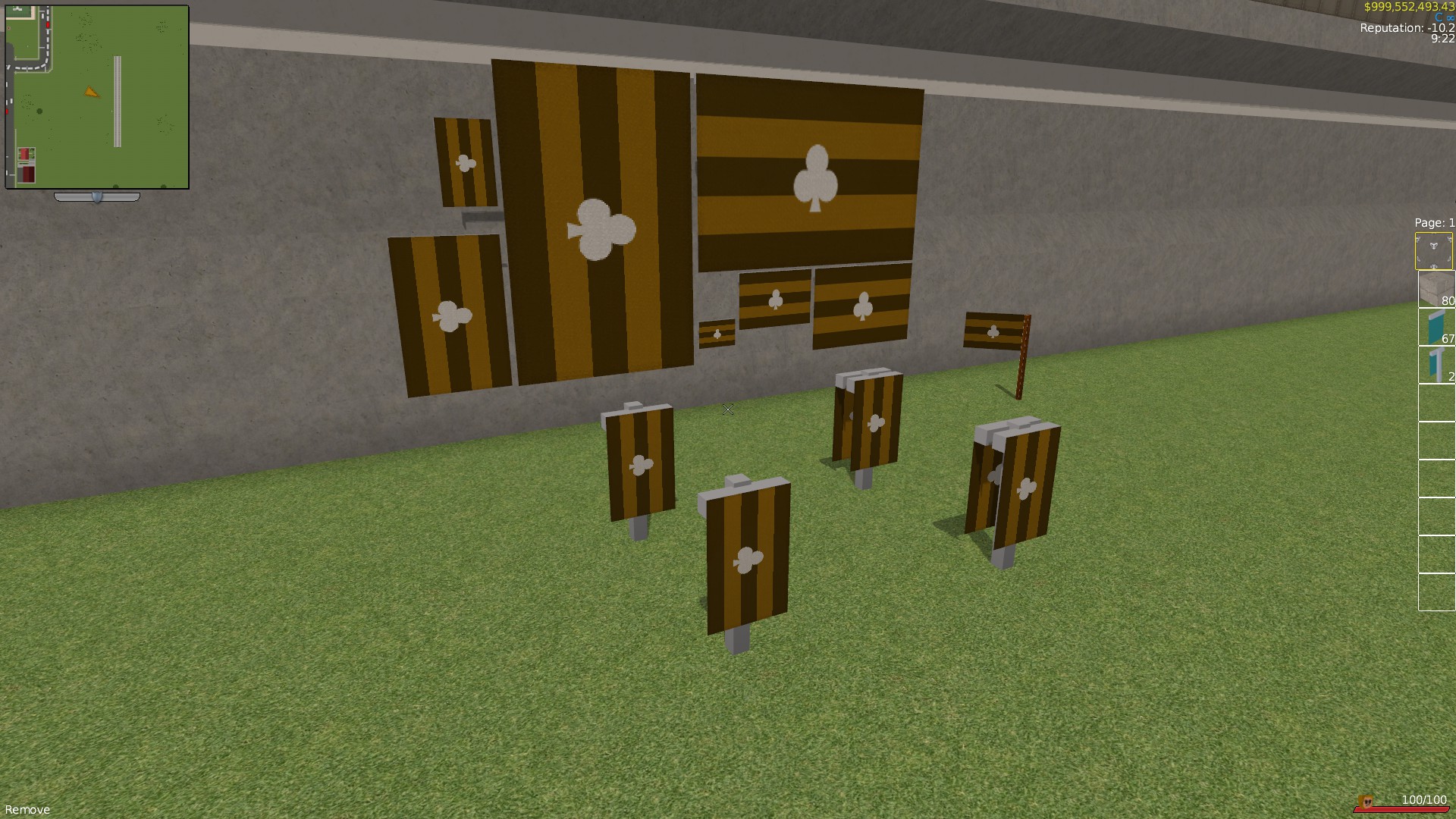 Control Points were earmarked for this patch, but I released it early (a month ago). For the uninitiated, Control Points are a cross between Bandit Bases and Special (Reward) Buildings. If you can capture one, you get bonuses. A crucial change in this update is that if a player who is a member of faction captures a Control Point, then the Control Point becomes owned by the faction itself, and ALL members get the bonus.

As a last minute change to the map generator I've added an option to make maps islands and 2 sliders to adjust the amount of water and hills areas on the map. Below is an example of a map with the water cranked right up 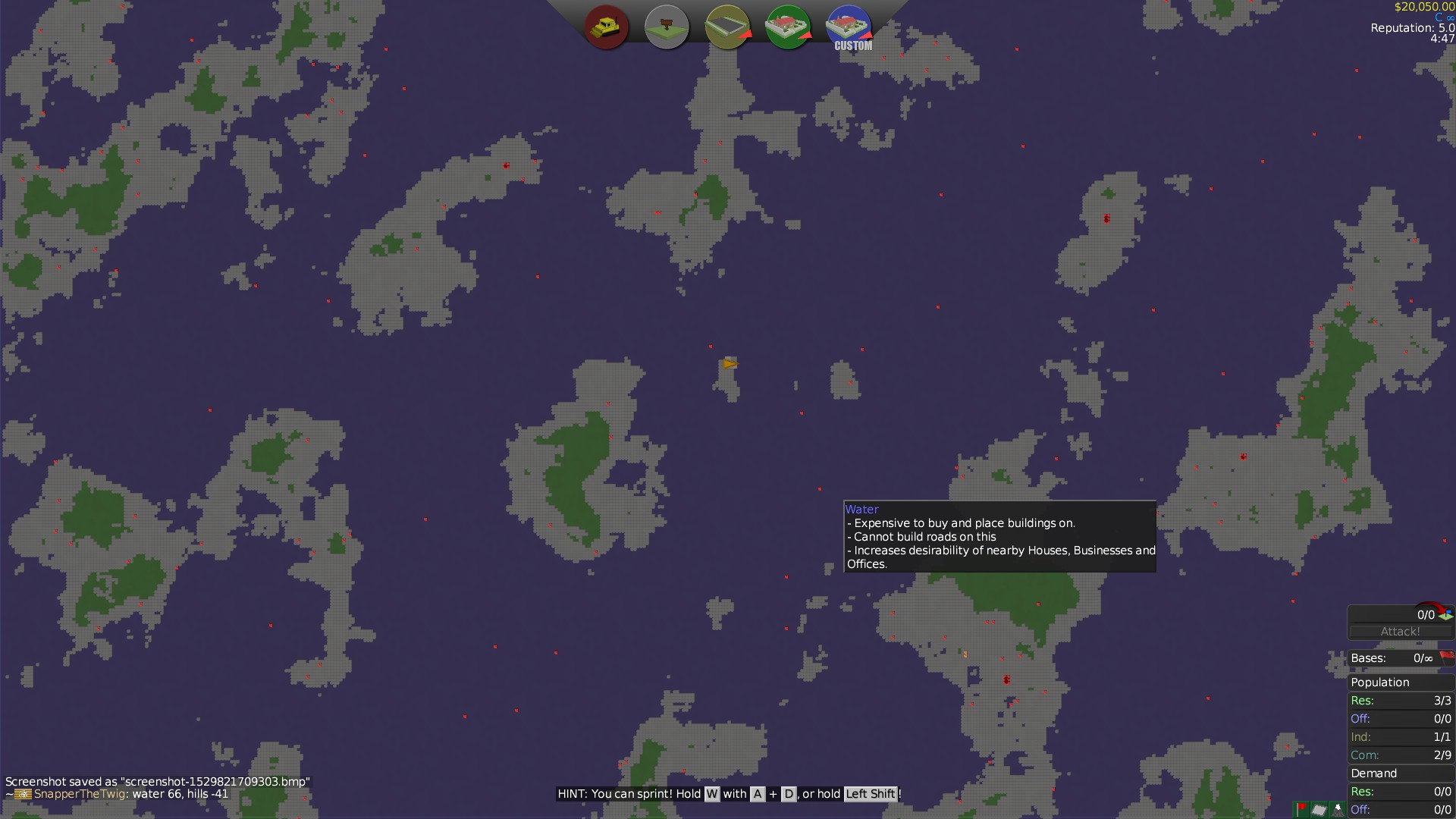 This has definitely been the best city-building server the game has seen, but its time to move onto a new map. I've just replaced the server with a larger, archipelago map. Should be interesting to see what you guys do with it! 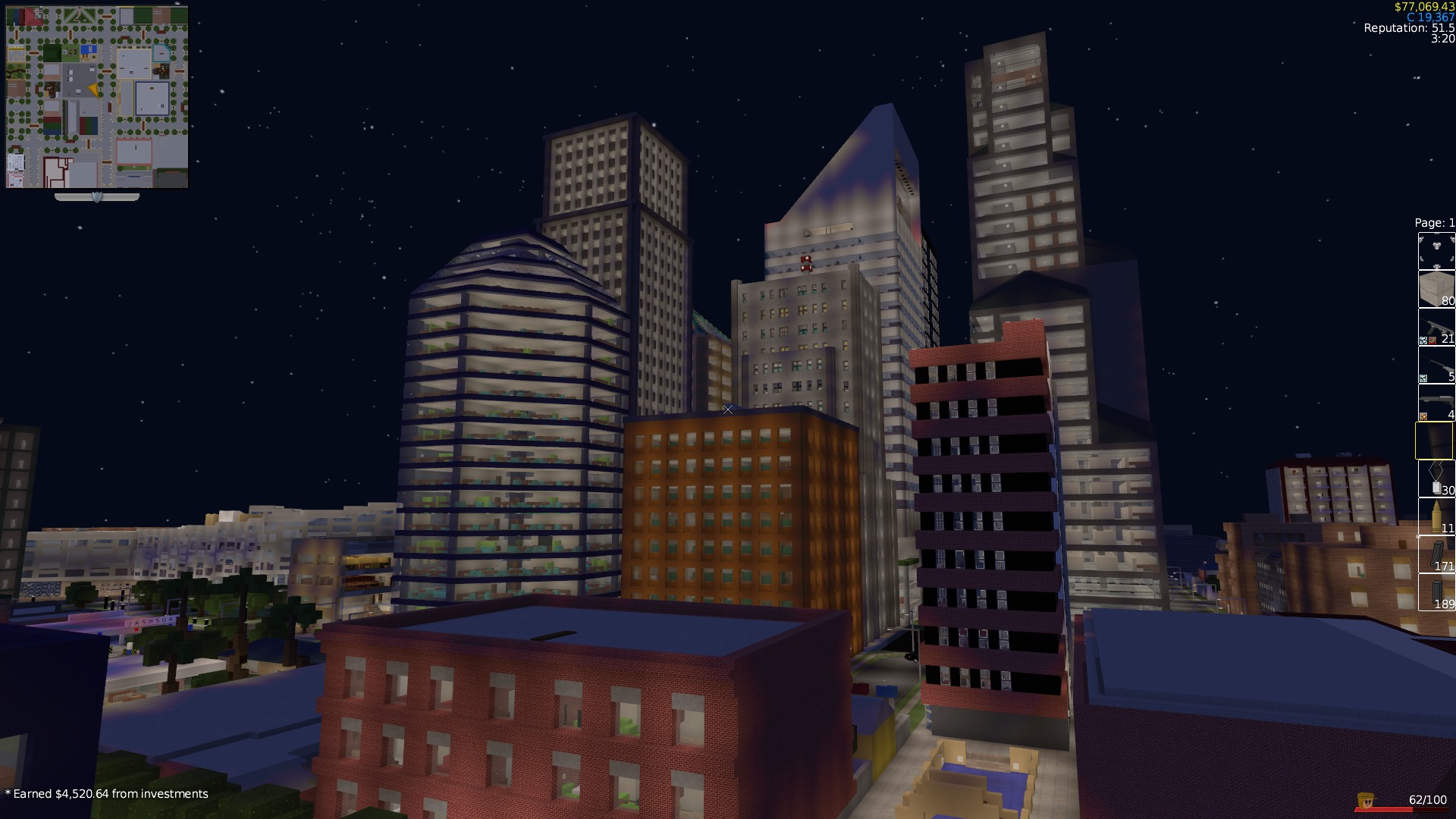