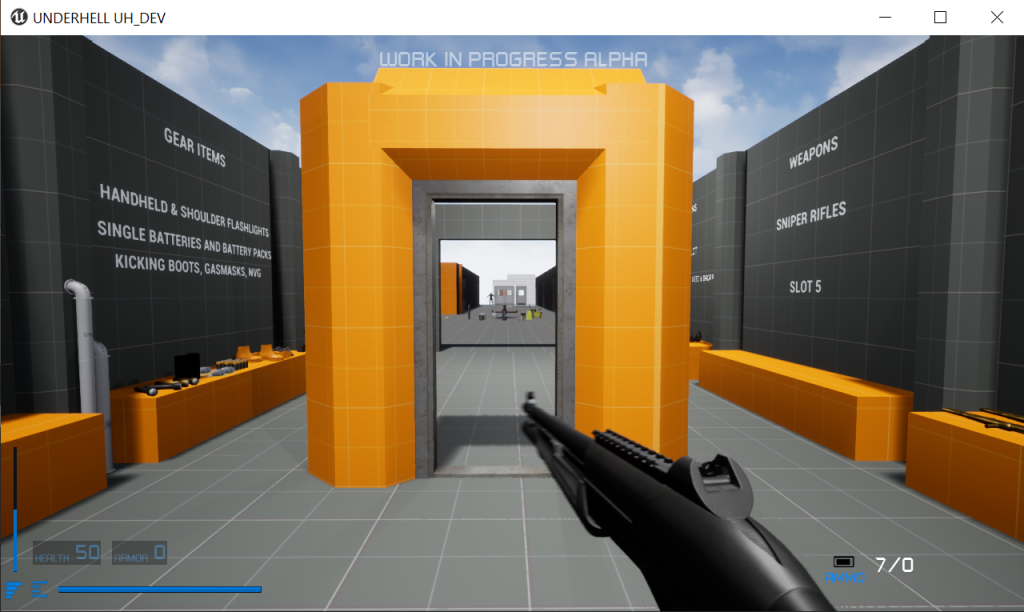 Jake has no hands! I didn’t come to this decision lightly but after wrestling with stock animations from multiple authors, I had nothing but animation problems. I was attempting to setup an IK system so that the hands could grab each of these guns at the right location but even with some success, it still looked bad and they would constantly fight with each other. It needs revisiting but I think this can wait until a little later on in development.

I know that the system underneath is working as intended, the only issue is that visually the hands are either floating, clipping into the gun or have rotated beyond science. This is why I have decided to leave the system as it is for now, knowing that we can change it later.

My inspiration for this comes from ‘The Long Dark‘ (An excellent Survival game – you should play it) originally launched in early access with no hands. I remember the days lighting my way through mine shafts with only floating matches – and it was still the most immersed I’ve been in a game in a long time. 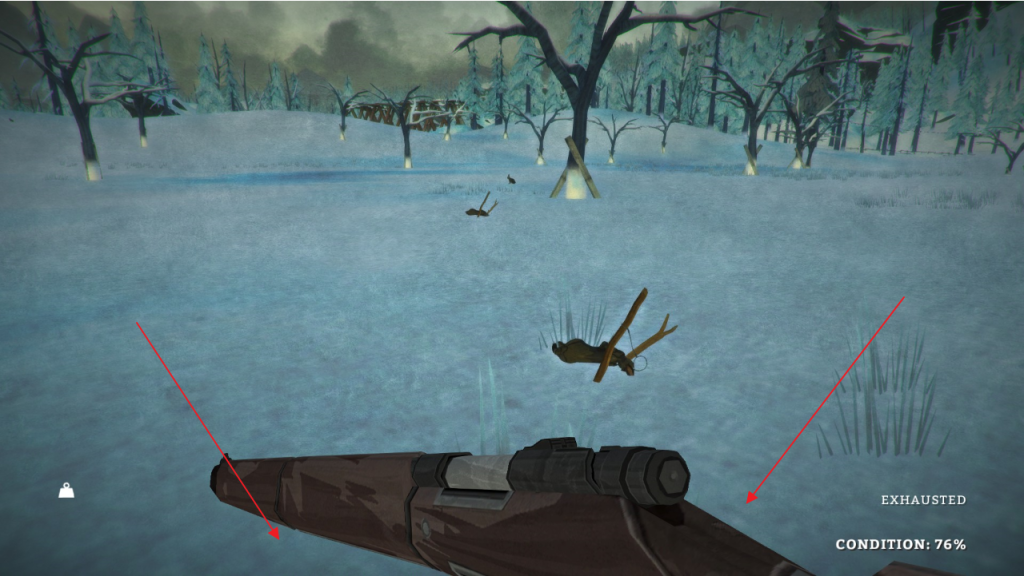 Now that I don’t have to worry about hands for the time being, I’ve been able to put a lot more work into the weapons, configuring their resting positions, ironsight positions and general weight / feel. Guns now tilt slightly as you move around the world and they start to feel a lot better because of it. I don’t have to worry about a lot of things, such as arms clipping into the camera.

I also approached the initial weapon system with very little UE4 animation experience. I have now changed all weapons to use a pose & additive system, meaning that I only need a single frame of animation for a gun before I can layer in and blend breathing, sprinting & walking animations. This means that instead of adding a weapon and needing 5 or 6 new animations for it, I will only need one or two. This will drastically help if I need to create these myself or at least give myself a good idea of what I need from an animator. I can also share animations between guns if the hands are in a similar pose, this means the same running animation can be used for multiple pistols and I don’t have to create an animation for each one. As I slowly build up a library of generic animations it should be much more fun adding a new weapon to the game. I love data driven systems, so exposing all of these properties in the editor is very satisfying for me.

This system will also allow me to adjust the strength of these animations with values or curves, so we can even see if when you are low on endurance – if the sprinting animation should become more sluggish or if you should take a fraction of a second longer to raise your weapon. This is still all subject to play testing of course so don’t worry if you think this might sound bad.

In other news, work has continued to help add melee weapons to the AI characters. I also abandoned another blog post which I may still revive, but the general idea was regarding level design / detail and texturing. I’ve been attempting to work on lighting and also using Quixel Mixer/Bridge to try to add a few more textures to the scenes as I understand it can be hard to get excited when you see bright orange and grey textures all the time. I’ll post some progress on that when I get time but I decided my focus needed to be more on gameplay rather than graphics at the moment.

Thanks and see you next time!