Update on the current and past status of Fenrir Studios.

Posted by WhiteKnightEternal on Jan 26th, 2016

I am Isaac Cudd, the Assistant Producer here at Fenrir Studios. I first want to start off with how much we appreciate the support of those who are interested in our game, and have been for a long while. I apologize for our long term silence regarding our game, but want to let you know, that your continued support helps with the morale of our team, and we are taking steps to keep those interested in our project up to speed with our current situation as we continue on with our ambitious project, and the difficulties that present itself to us. It is our belief here at Fenrir Studios that transparency and honesty is the best policy, and so I'd like to help those interested in our game understand the difficulties and complications we've experienced throughout the past few years.

Fenrir Studios has always intended, and still intends for Dark Storm: Ascension to be a high quality game for an Indie Team. What we didn't realize, is just how hard this was going to be. Developing a game, the intricacies between the different parts, and the complexities of making it all work together smoothly is much more difficult than people realize. Over 2 years ago, we were a small team of inexperienced people wanting to be game designers, and took on a project that in reality was over our heads. None of us realized just how difficult and complex it can truly be, especially when you have a small team of people who have never created a game in their life. Back then for instance, I had no experience, and was a simple programmer at best. At this moment in time the story was not fleshed out, or completed, and while we had the general idea of the direction we wanted the game to go, there were still many tweaks and changes necessary. The team was not structured, and we were by all intents and purposes "winging it".

Working off of a royalty contract system, nobody gets paid until the game is done. While this system is nice for small teams such as ours just starting out with zero income, despite our vision, and goals, our lack of experience only enhanced the difficulty of keeping people on the team for long periods of time. Our ability to create new assets in a timely fashion, learning how to develop a game from the ground up, and how to put it all together properly was a time consuming process, filled with many pitfalls, problems, and errors. This was compounded by the fact that we were originally creating the game in UDK, which had much of its code locked, or very little proper documentation on it. The first year was really a "Dark Storm" for the Fenrir Team, as we got pushed and shoved around by reality and the situation we were in. By the end of the first year, we had fleshed out the story, characters, and levels, and while we were still plagued by people dropping, difficulties in hiring, and still learning the intricacies of game development, things were for the most part, starting to pick up.

The second year proved to be many ups and downs. A few good calls, and a few bad calls from inexperience. Our first step of the year was getting a new writer to help make the story flush, full, and adding more meat to the bone of the story. We made new passes on the levels, and decided that we'd just need to scrap a few sections of our game and simply re do them. Hammering through the obstacles that were presented to us in the UDK engine, by both inexperience, and lack of documentation, or more usually a combination of the two. We began to pick up the pace, and much of the levels were getting a simple pass done and completed. Through this time, parts of the story were being updated, changed, and presented.

It was at some point of the second year, we realized that the story was not taking the direction we originally asked, or directed the writer to take. This presented the major complications of that year. Half the team liked the new version, half the team liked the old version. This ultimately deadlocked the team, and slowed our continued development to a crawl as our weekly meetings turned into disagreements rather than fixes, and pushing the development ahead. This created a dilemma, that no matter which story we choose ultimately, several people would be dropping from the team. It was finally decided after a few more months that we'd simply stick with the old story. Unfortunately this also caused several key members from dropping on the team, and the continuation of the story to once again be re written. Having lost several key members, most notably our writer, and main voice actress, we were once again hurting. 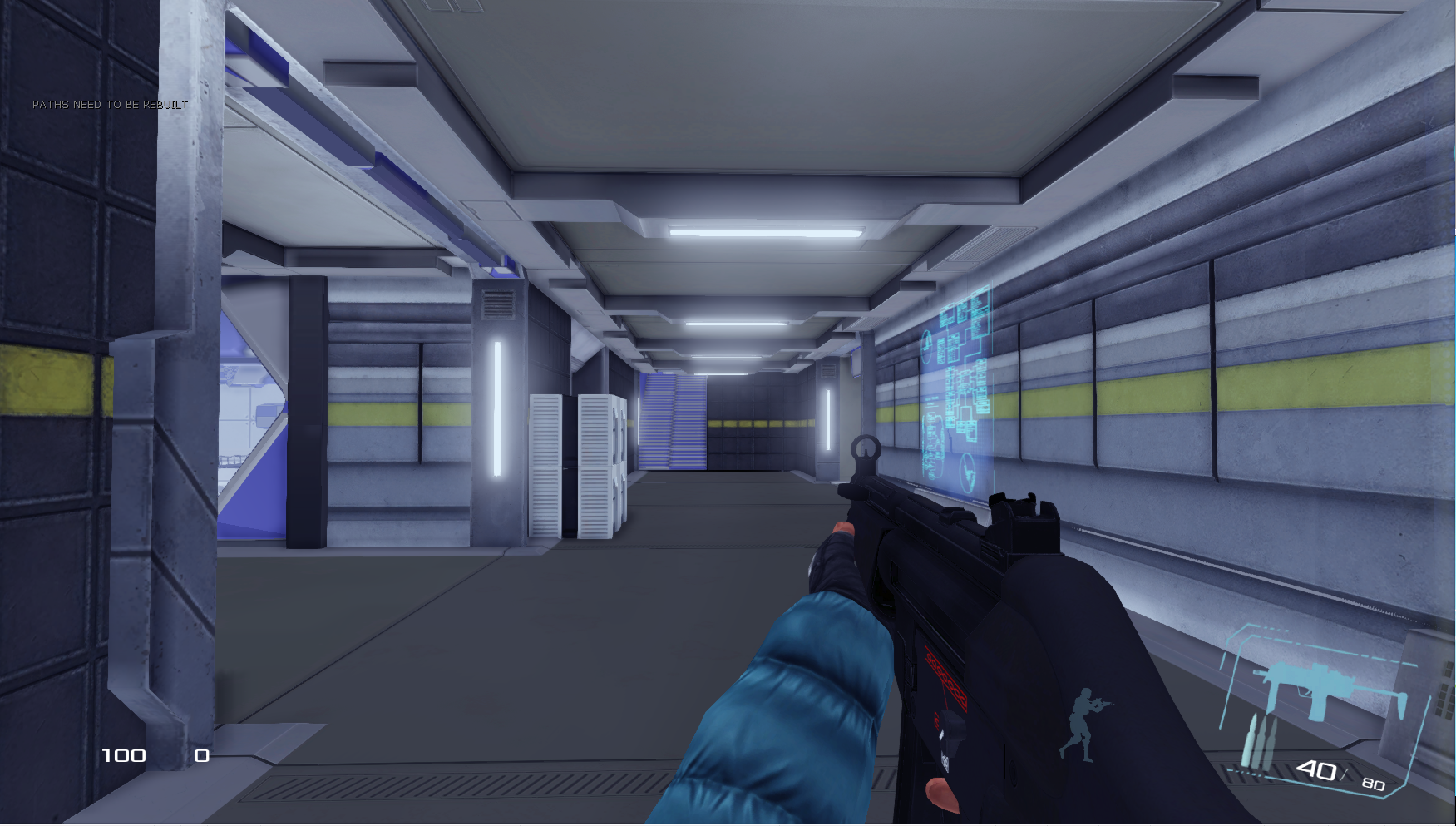 Heading into the third year, we learned much from our mistakes, but once again inexperience, and the difficulties of a non funded Indie Team struck again. The first most notable situation early in the year was learning that UDK was no longer going to be supported coming into the next year. This once again was a massive decision to be made on the team. As it meant re learning a new engine all over again, re making and altering our assets to work with a new engine, and the new unknown difficulties that presented itself to a team who was learning everything as they go. In the end, we ultimately decided that it was an option which needed to be done. We began transitioning our game into Unreal 4. The biggest focus of the 3rd year was the transition. This gave new unique problems for our team, the un orthodox fixes, and workarounds we did in UDK to by pass or go around the locked coding, and lack of documentation was a large obstacle.

It was also during this year, that we decided a kick starter is a must. The difficulties of getting people to stay on the team, and the frequency they'd drop was weighing our team down. Our lack of proper marketing and getting our name out was another issue we were well aware of. Those who followed Dark Storm know, that the kick starter did not succeed, and had the unintended consequences of making yet more of our key members leave once again rather than than the intended effects of keeping them on longer. The game had been in an awkward state of completion for 3 years. It was because of this the key members of the team at the time got together and had a serious discussion of why that was, what we are doing wrong, and really sat down and figured out what our next best steps should be, as we were obviously doing something wrong.

Our final conclusion was simple, yet effective. We simply did not have the proper organization required to take on the tasks we were wanting to complete. We needed a Project Manager. While we have had weekly meetings since the very first year, they were simply not enough. This simple realization would lead to a very big impact on the team. I took the role, and organized the team into divisions. The two main owners being the Producers, with each of the main members of our team with the most experience having been with us since the beginning, taking the reigns as Division Leads of their respected divisions, while my own place in the team was moved to Assistant Producer. After this, we worked out a road map for each month of what we could realistically get done month by month up to our release date. After this we familiarized ourselves with the tools necessary to get this done. We began utilizing Trello, and other various tools to keep everyone in touch 24/7, and keep track of the progress of each area of the game month by month. This had wondrous results. The speed and progress of our development going into 2016 is faster, and thanks to the new Unreal 4 Engine, our assets, and mechanics are looking better than ever. We are for the first time, realistically aiming for a release date towards the end of the year, with the release of the stand alone Dark Storm VR Missions just around the corner. While we still have a lot of work to do, our team is dedicated, renewed with energy, and organized to take on the task, story, and vision we had over 3 years ago.

Those at Fenrir Studios wish to thank those who supported us through all these years. 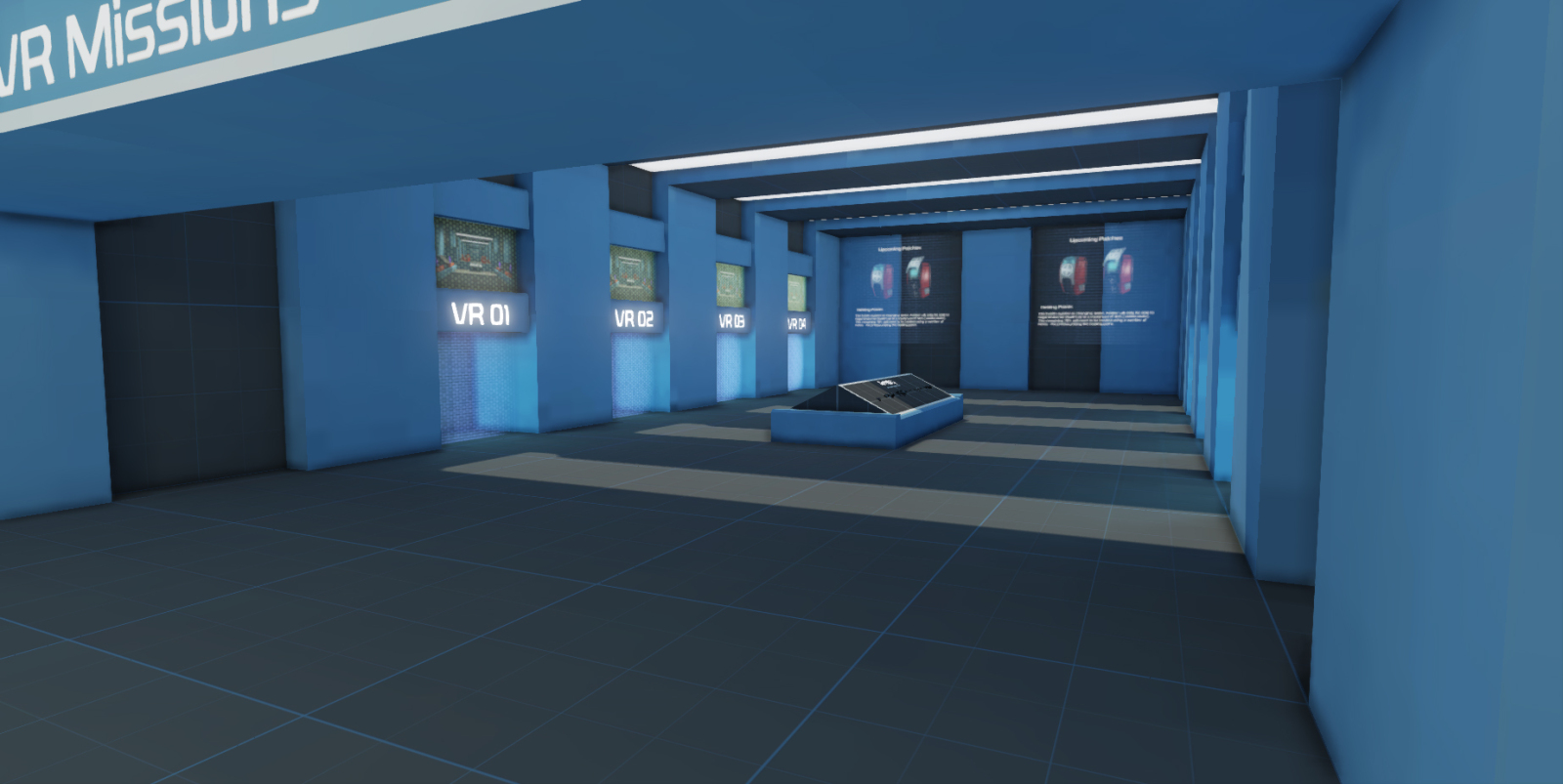 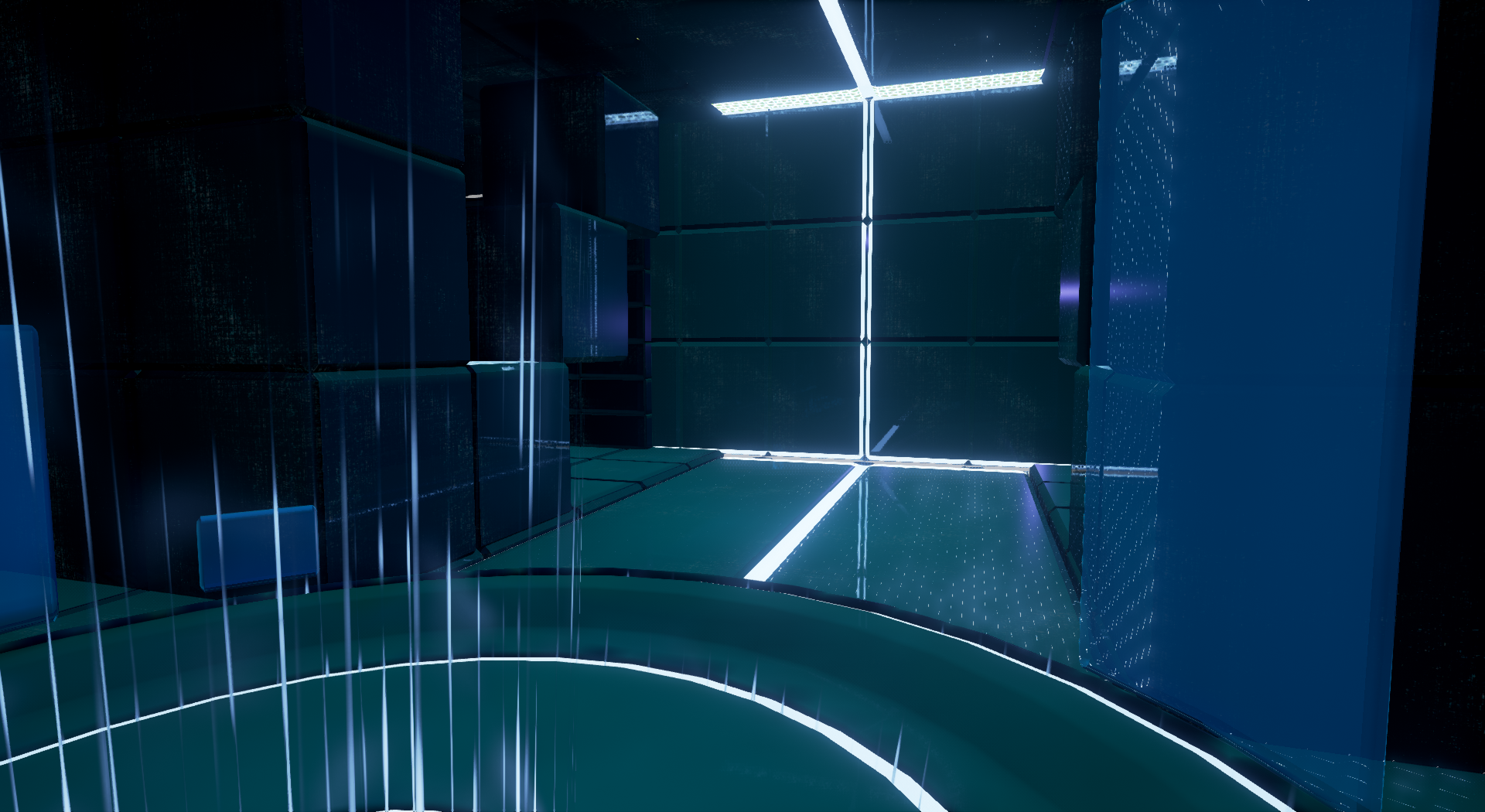 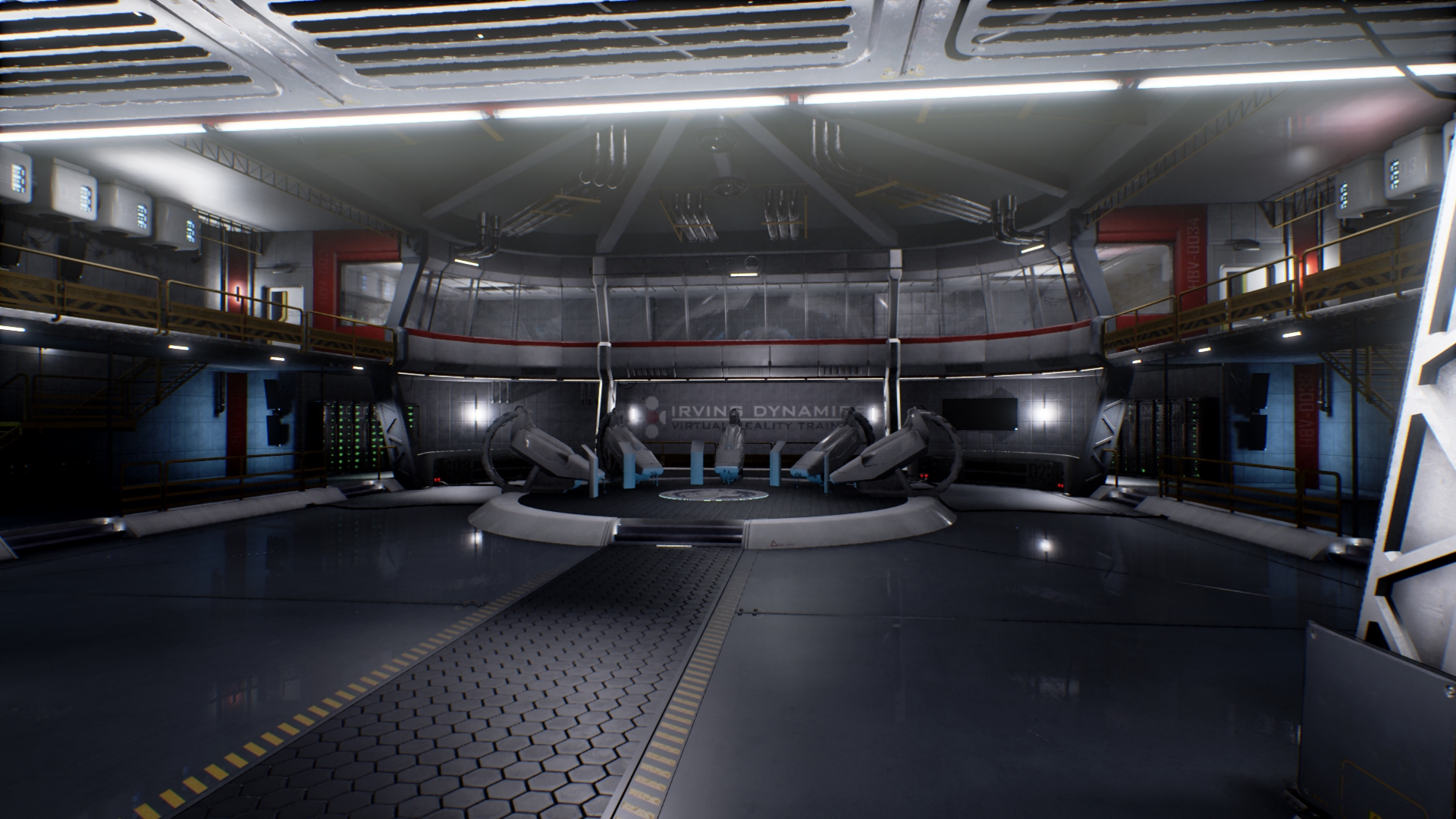 Thanks for the update guys.
Been looking forward to this for a long time!

Don't let your dreams be dreams! ;)

A great look into the development process for a brand new indie team. As someone who's been following you since sometime in 2010 or 2011, I'm really excited to hear that you're so close to completion!

It's fantastic to see this come such a long way. I look forward to the finished product :)