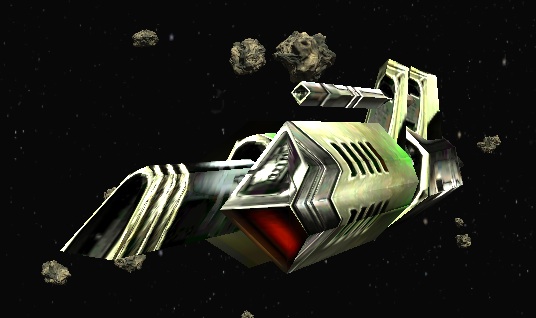 There are many different weapons available in Pulsar. Depending on the ship, a different number of weapons mounts allow you to configure your ship the way you want it. You can double up on the same weapon for double the fire power, or choose different types of weapons and toggle the active weapon for optimal tactical game play. In Domination not all weapons are available at level 1. Some weapons become available as the team reaches new levels. The weapons can also be upgraded with different levels. Some weapons upgrades increase damage output, or decrease energy consumption, or improve refire rate. Other upgrades offer improved generators or offer larger ammo clips. The following is an overview of the weapons in Pulsar.

Laser
Extremely high rate of fire energy weapon. Uses a small amount of energy for each shot and generates little damage, but due to the high fire rate, can be a deadly weapon. Can be defeated with smart maneuvering. Shields can absorb much of the impact.

Pulse Cannon
Medium rate of fire energy weapon. Uses a medium amount of energy for each shot and generates medium damage. Fairly fast refire rate makes it dangerous but uses up energy faster than lasers and can run out of energy leaving you vulnerable while the energy recharges. Can be defeated with smart maneuvering. Shields can absorb much of the impact. Depleats shields faster than laser.

Particle Beam
Deadliest of all energy weapons. The particle beam is a continuous flow of energy quickly draining shields and burning through armor. However, it’ll drain a ships energy just as quickly leaving you vulnerable. Ship Energy powers shields, engines and weapons, so run out of energy and you’re a sitting duck. Use sparingly, or install on capital ships as a defensive turret. 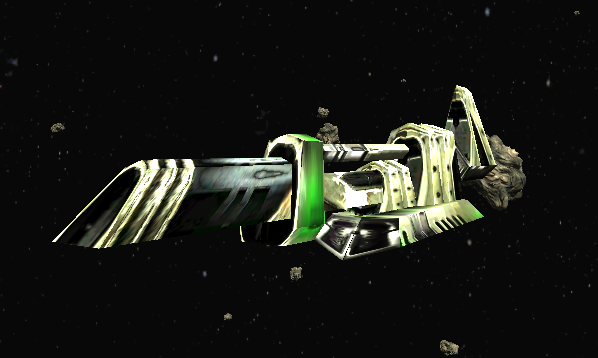 Machine Gun/Heavy Projectile
Provides Medium damage (more than the laser) but is only good at short range. Is extremely fast moving projectile and easy to hit target. Not affected by any counter measures. Is a dumb fire weapon landing wherever the reticle is pointed. Shoots through shields attacking the hull directly.

Heavy Cannon
Similar to the Machine Gun, only this is a slower moving projectile with an explosive warhead so when it hits it inflicts significant damage. Is a dumb fire weapon. It can be defeated with smart maneuvering. Shoots through shields attacking the hull directly.

Homing Missiles
Medium damage but highly accurate tracking missile. It can be defeated with smart maneuvering and counter measures

Missile Volley
Low damage, but with 3-5 missiles in a volley can provide medium to heavy damage if they all hit. Is guided but can be defeated with smart maneuvering and counter measures

Nuke
The only weapon that can destroy an enemy base is the NUKE. You must reach a science level of 10 before the NUKE is available. Once reached, you need enough resources to build the NUKE. Depending on the enemy base defenses it can take several NUKE’s to destroy a base. Only the Bomber can carry a NUKE. Once fired, the NUKE is a slow flying projectile that can be destroyed while in flight, eliminating the threat. 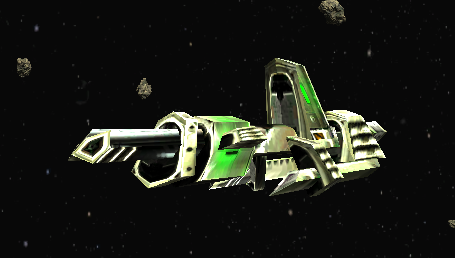