Heathen Engineering’s Terran released a big patch today introducing programmable parts, new ship hulls and the return of missile weapons. The patch also includes an engine update which should improve the experience across the board but in particular improvements for the Linux platform.

Heathen Engineering’s Terran June 2016 update to v1.0.20160612.3 brings a lot of updates and new features to Terran. The patch notes can be found on Steam as usual and has the expected list of changes, additions and known issues but also a new area labelled ‘Up Coming Changes’ and for the first time talk about Phase 2 of the Early Access. 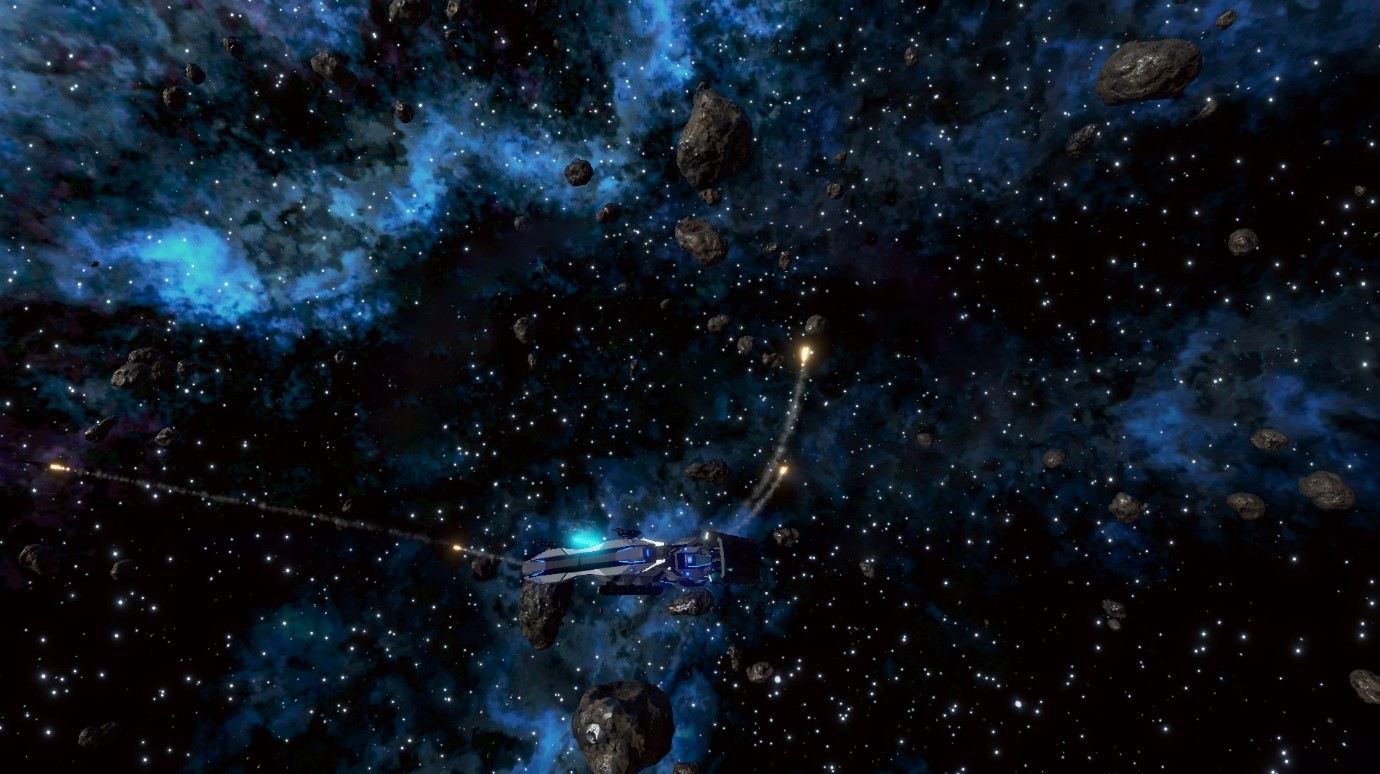 The big new feature addition this patch is ‘Programmable Parts’; in short your ships can now reconfigure in flight, so transforming ships for all. The programmable parts tool lets you pick a trigger event such as ‘With Thrust’ or ‘On Defensive Stance’ and will execute program steps over time or in the case of the ‘with’ triggers with the trigger in question’s value such as your throttle. The position and rotation of parts can be changed during step transitions and the new part parenting features makes it easy to group parts together for complex transformations.

In Heathen Engineering’s Terran the configuration of your ship actually has a big impact on combat effectiveness. Since all of the projectiles are physically simulated; your ship’s silhouette factors in to how easy you are to hit especially relevant since combat distances in Terran are measured in kilometres. The placement of turrets is of course a big factor in ship combat as turrets need line of site but also have to track so moving your turrets to sit along the axis of movement helps to minimise the need to track and improves relative targeting speed. 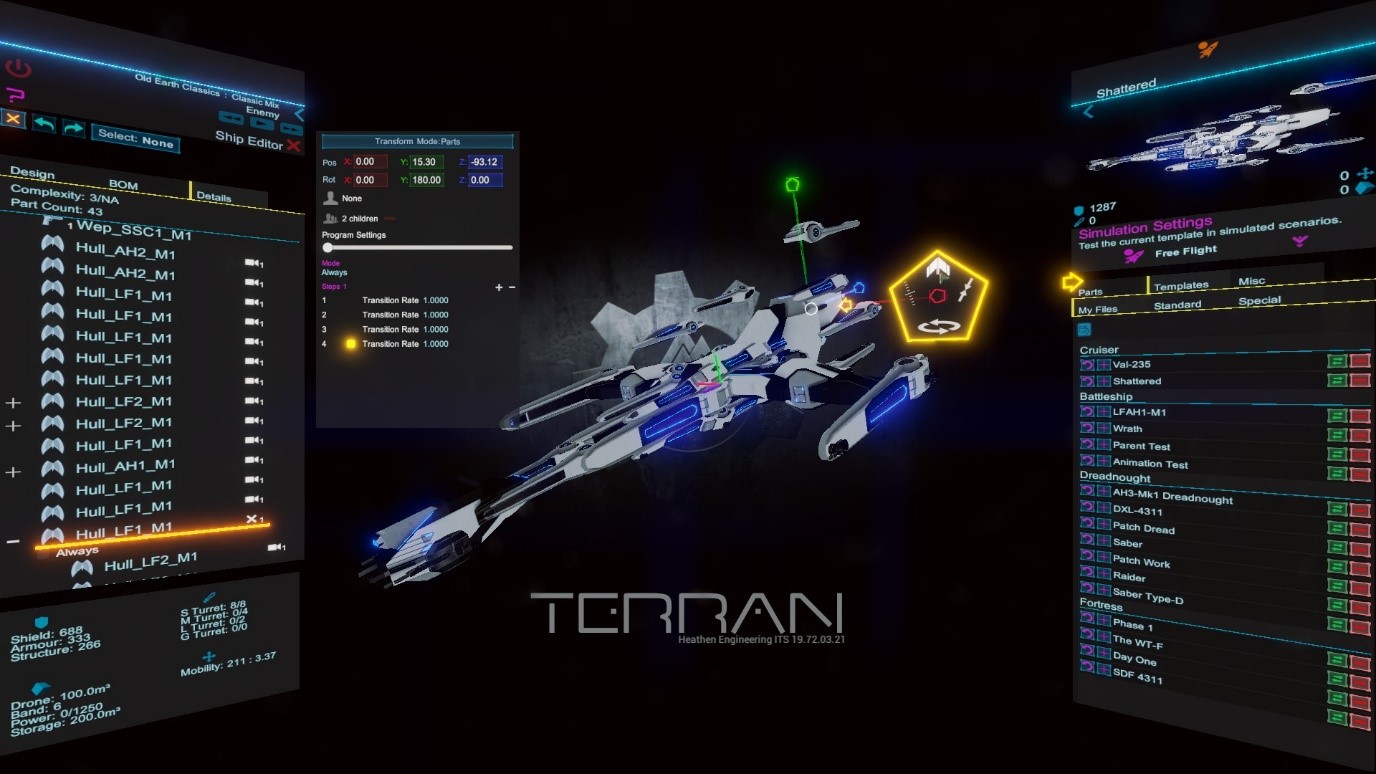 In addition to the new editor features we also get the new ‘ship stances’ the classic ‘Offensive’, ‘Balanced’ and ‘Defensive’ stances; which work how you might expect to strengthen one aspect of the ship at a cost to the other. While simple this can have a big impact on survivability letting you pull down a particularly troublesome target faster or harden up your defences while you reposition for an attack run.

A host of new ship components has also been included in this patch including the return of missile weapons which have been re-tuned to deliver even more punishing damage to armour and structure but little impact on shielding. The new ‘general’ hull components add this patch; including the new shield, armour, structure and thrust cores help fine tune your ships core stats and are handy, low profile parts to use as pivot points in the new programmable parts feature. 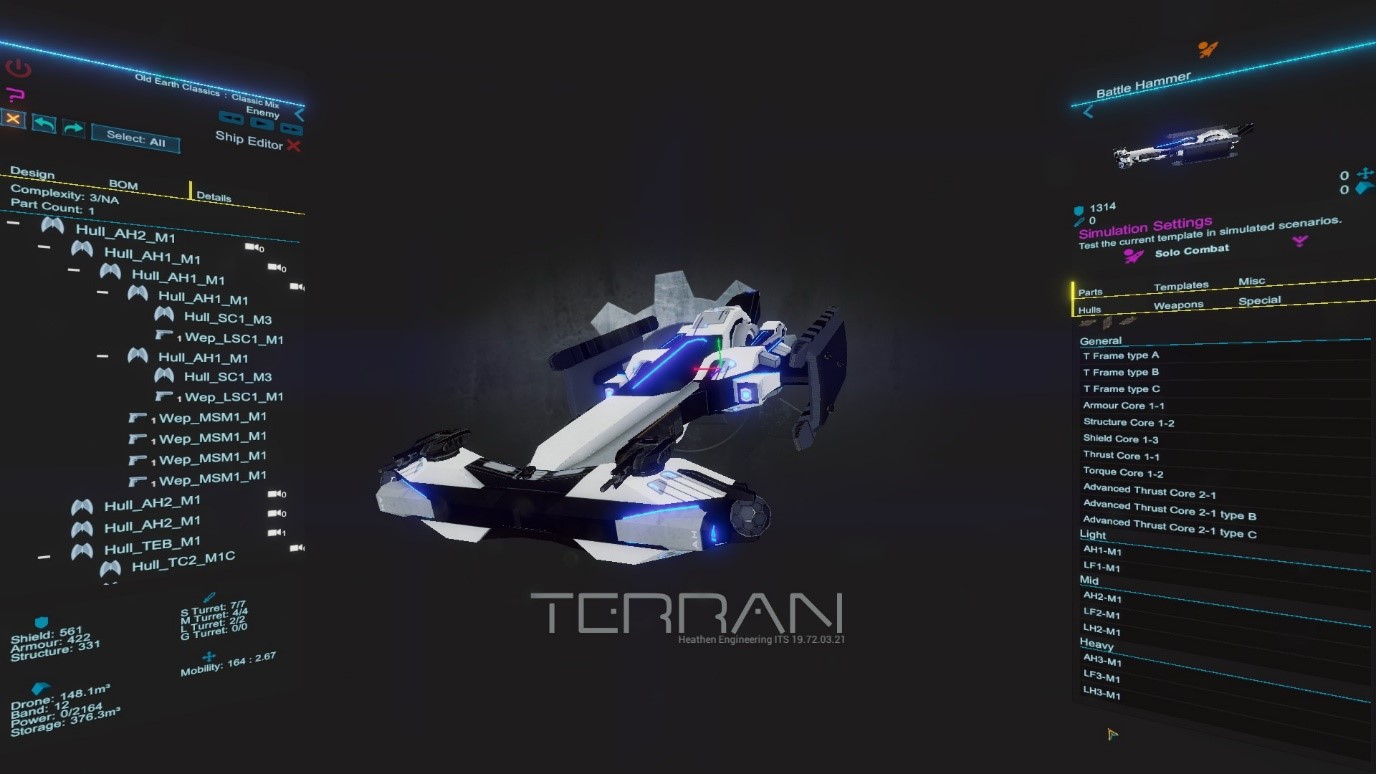 Behind the scenes the game’s underlying engine has also received a notable update with this patch with visible improvements to the look of the game and best of all better performance across all platforms. The update announcement points out that there will be additional updates to the engine which should bring further enhancements to performance and overall quality.

The closing section of the June patch gives a taste of updates to come with notes on an upcoming set of general use ship components, more weapons and a new training mission simulation for the Ship Editor replacing the current ‘Free Flight’ mission. Now is a great time to join Terran’s Early Access, community feedback thus far has been responsible for some of the best changes to the game and the biggest parts are yet to come. 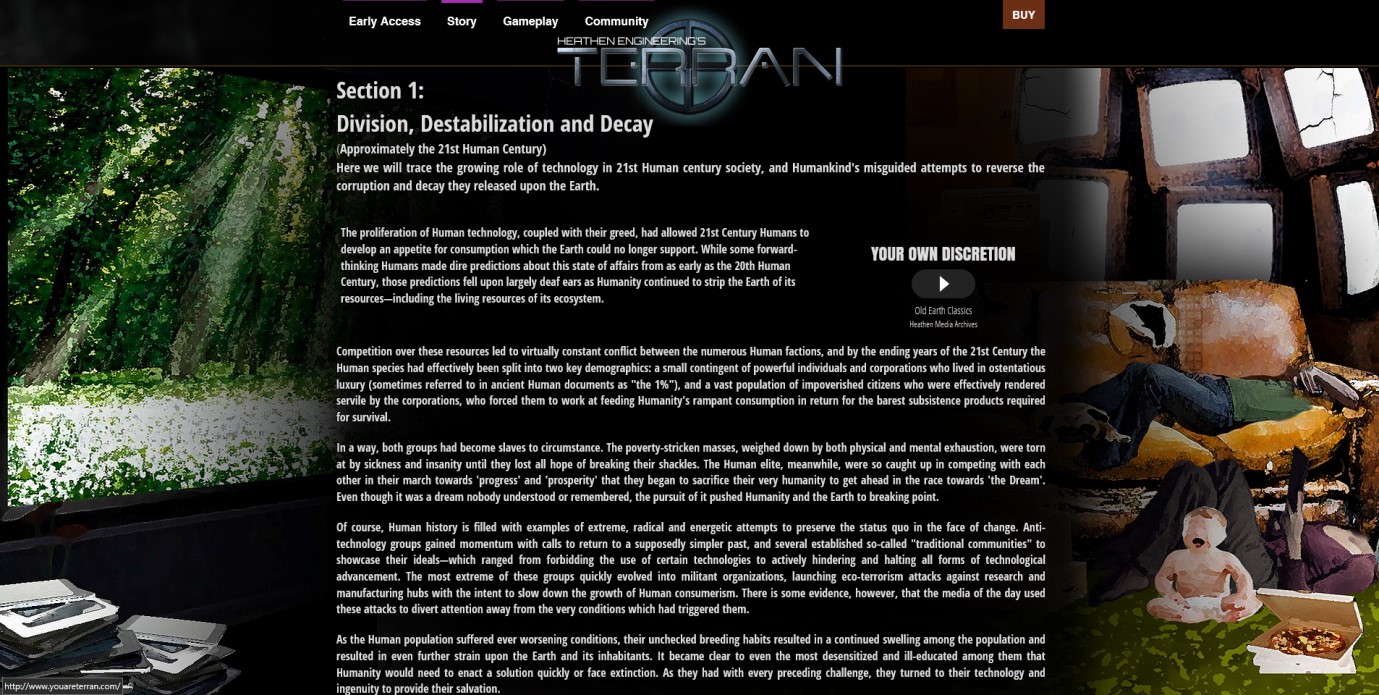 You can learn more about Heathen Engineering’s Terran on the YouAreTerran.com web site and of course on Terran’s Community Hub on Steam.