Got base? we showcase some of the leading community members builds after our recent server fixes. We've also got a recap on what we're working on right now.

This week we’re saying a huge hello to Gronkh and #LaFamilia for showing Eden Star some huge love last weekend! 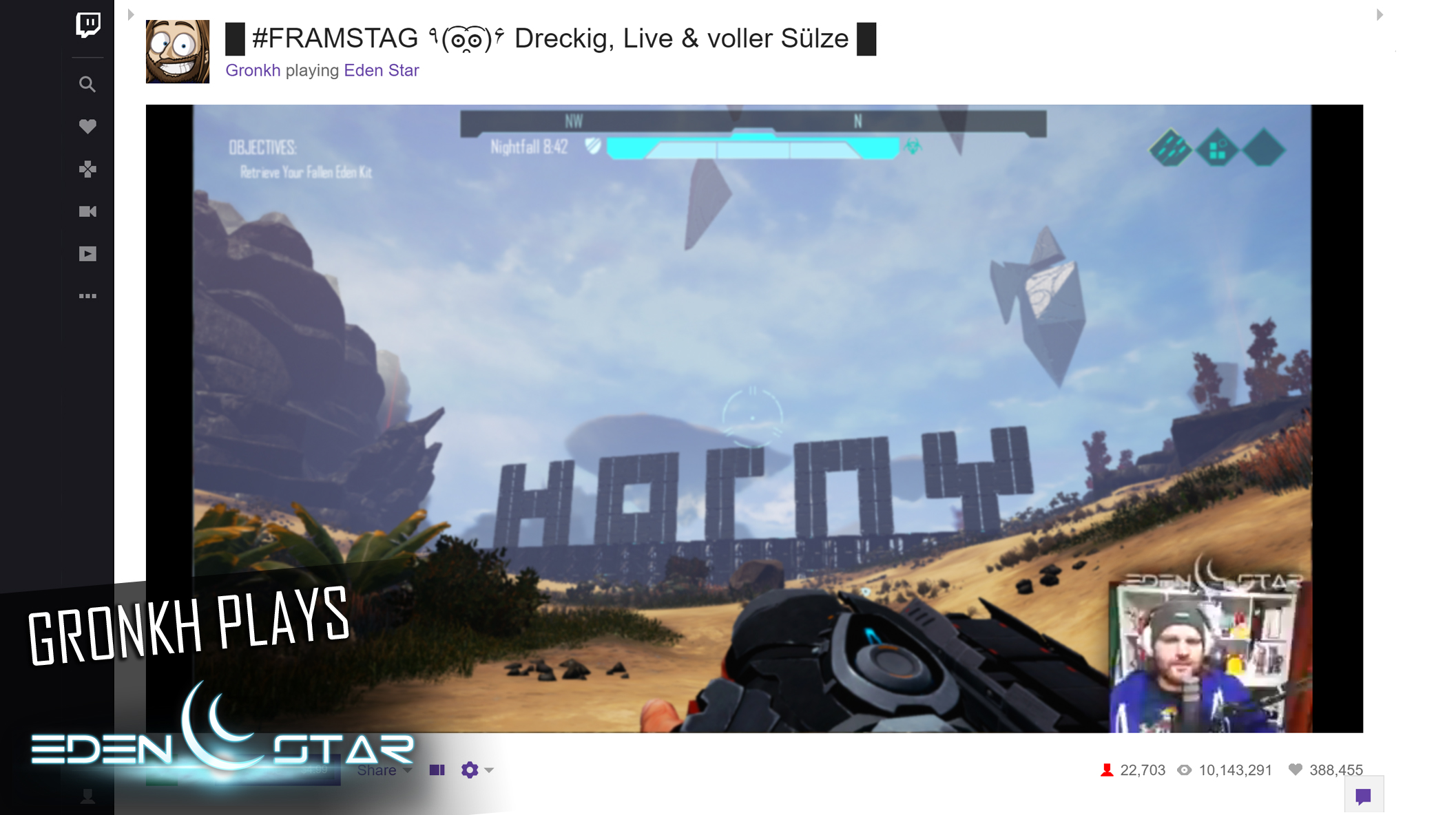 It’s humbling to see so many people all add us to Twitter (from 600-4000+ followers in the space of a few hours!), Facebook and also who have become Pioneers by supporting development of the game - so a huge thank you!

What an awesome guy and amazing community :)

We tried to show our appreciation by giving away steam keys and attempted to get back to as many of the questions on twitter as possible. Please keep giving us your feedback as we’re still very interested in hearing back from you at this stage of development.

Check out Gronkh and please show some love here :: Twitch.tv

Today, as well as the usual development update we’d like to take the time to highlight some of the awesome bases created by you guys over the past few weeks: 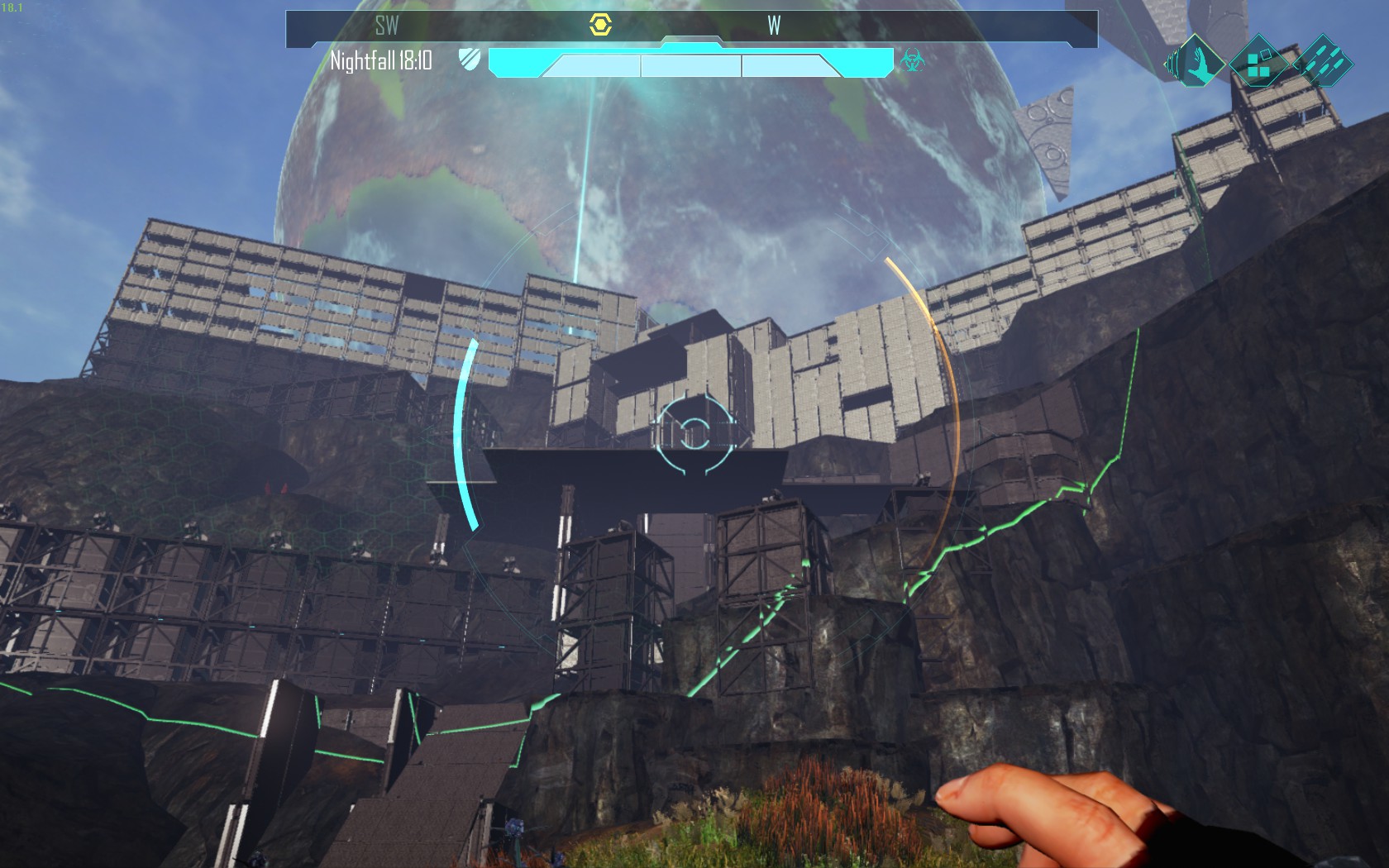 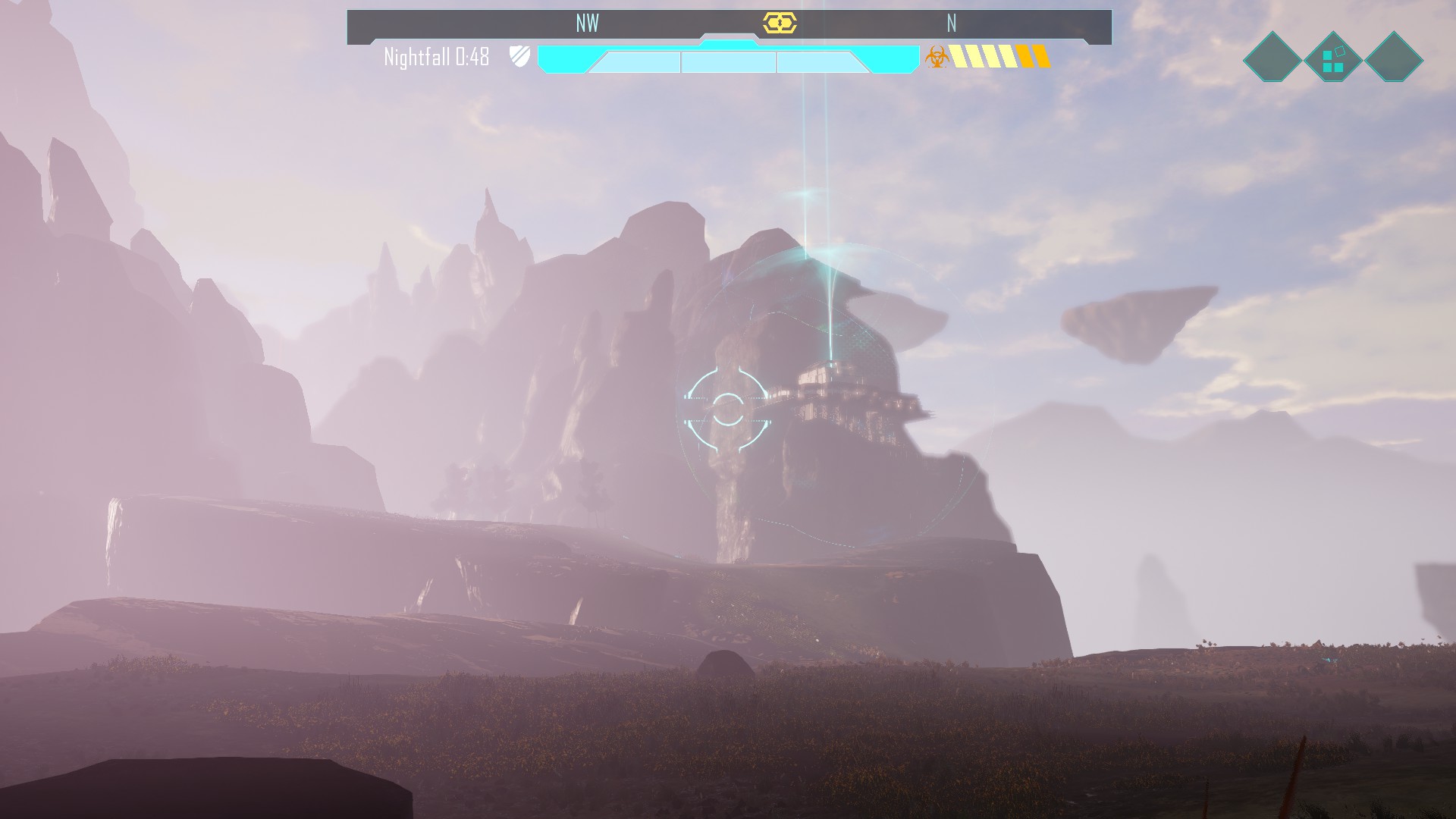 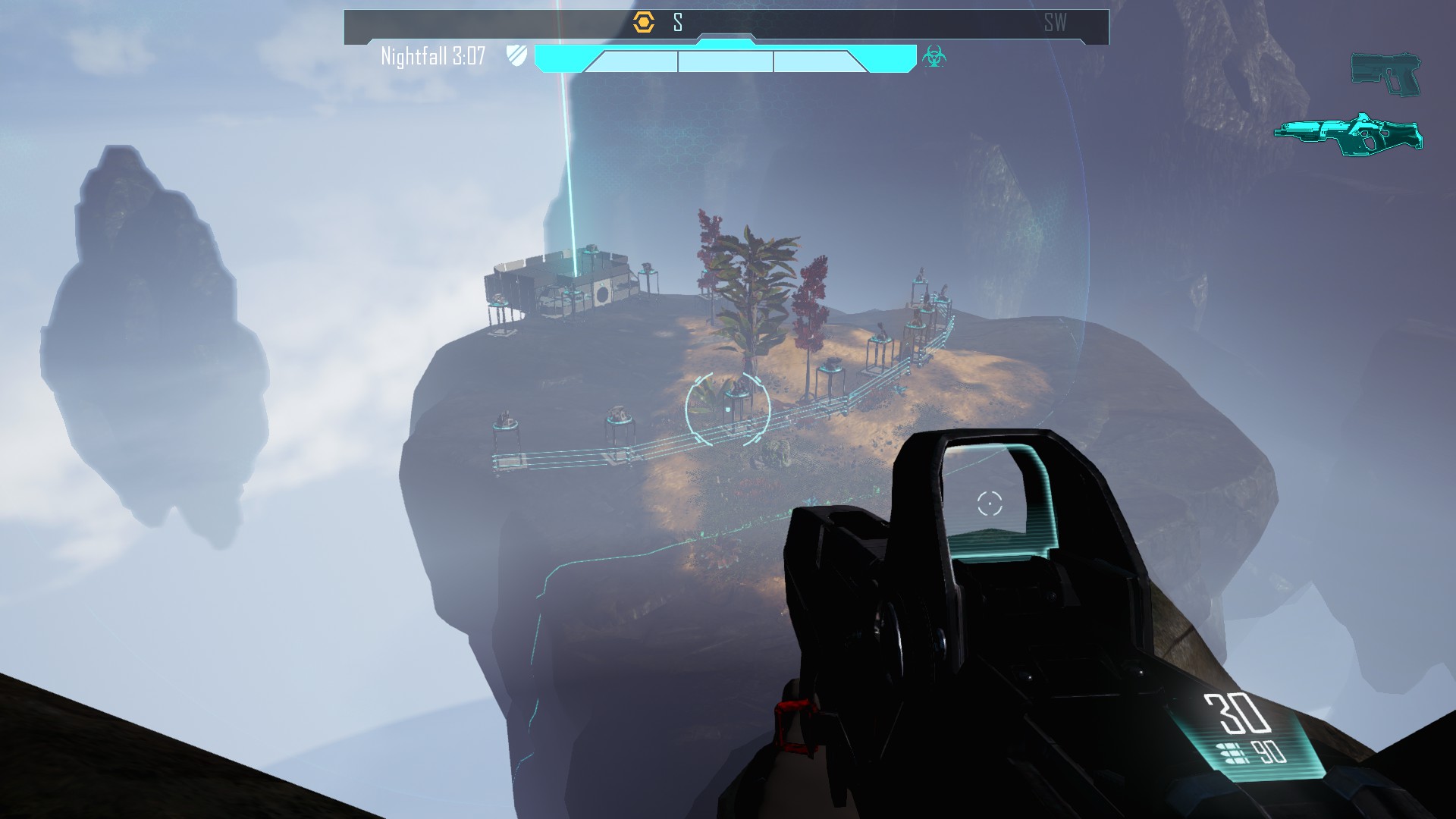 Special mention goes out to community member Big Bad Wolf for his experimentation with the building mechanic.

He made a whole mechanical island 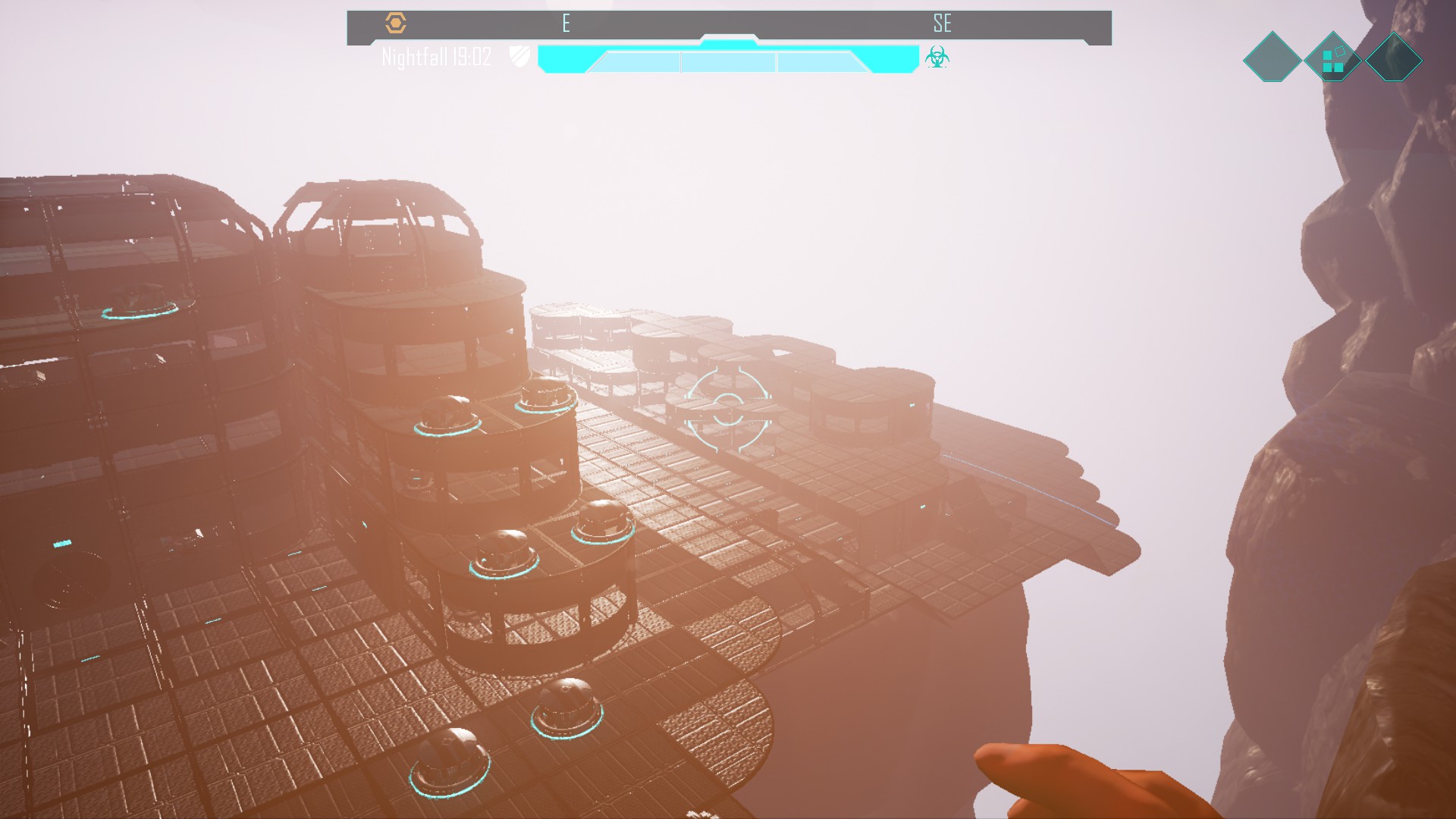 Experimented with a tower defence maze 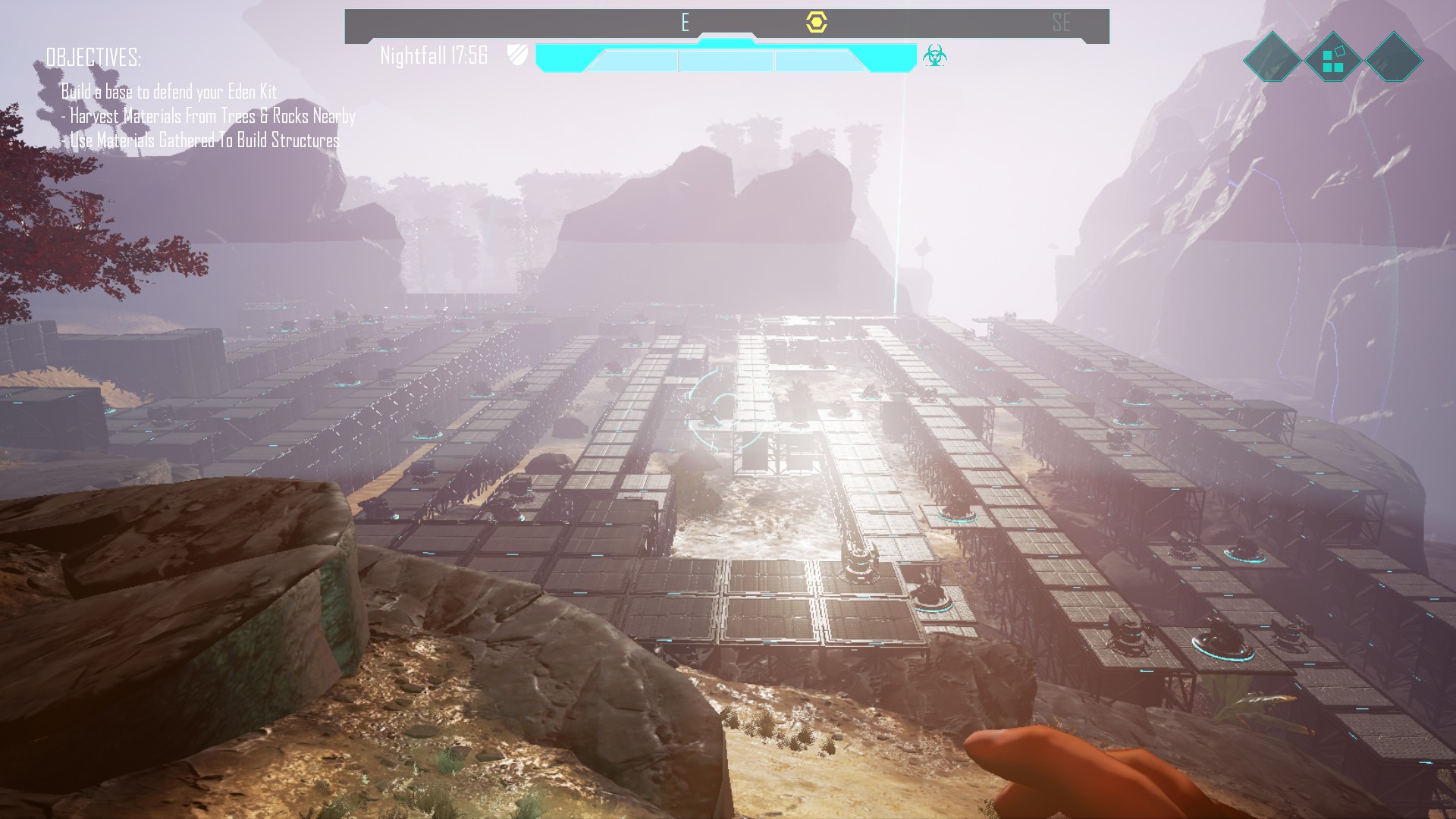 And is looking to set up a city with other players! 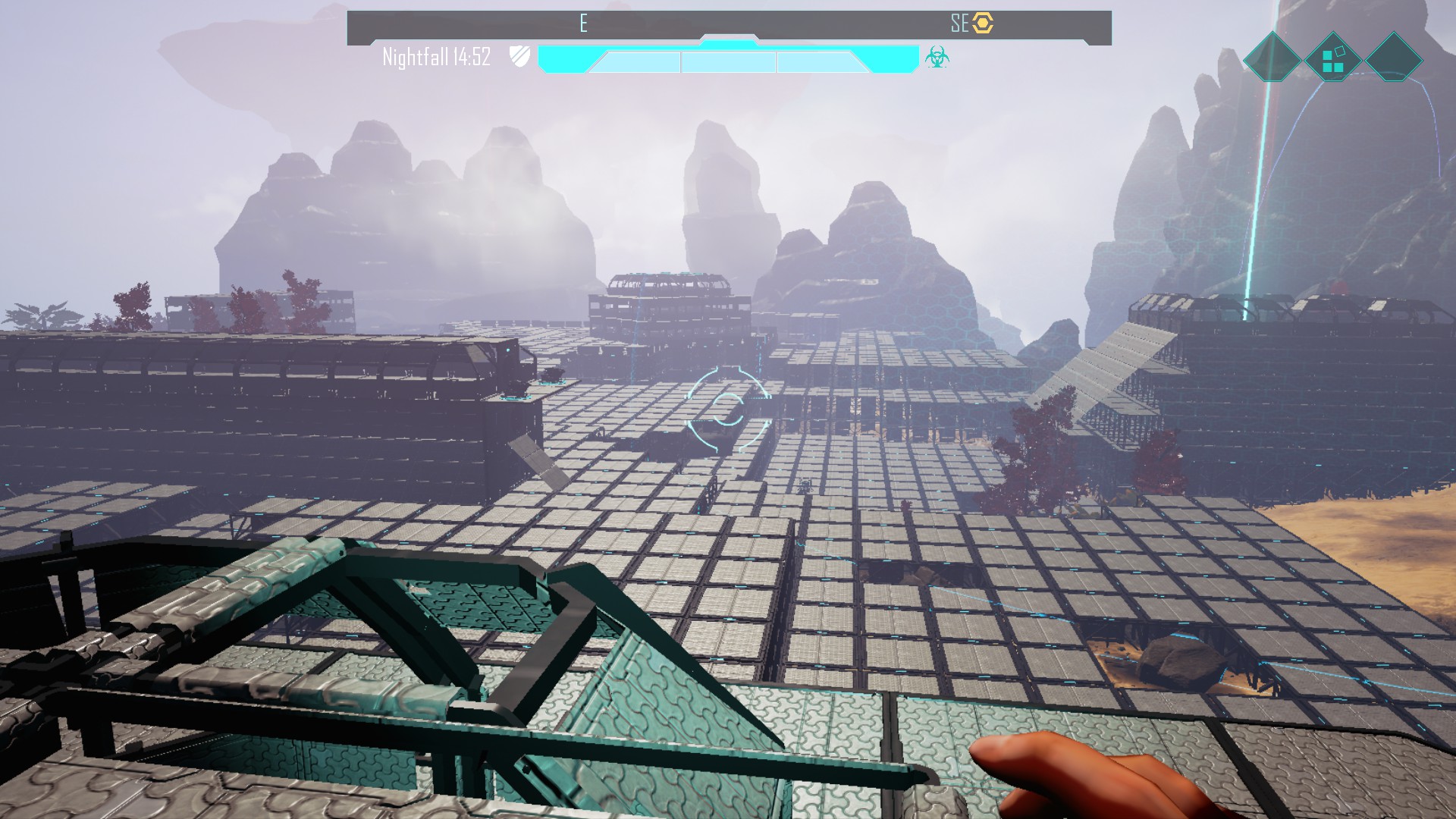 This week we have been continuing work on features for future updates, here is what the team have been working on:

MOAR DESIGNS! I’ve been working through some of the designs with the team and also trying to sort a load of the financials whilst also keeping on top of the next steps of production. I’ll update the trello boards tonight and we should also have an idea as to what’s happening for the next update including;

Next - onto the story and survival mechanics…

Currently been working through Utilities. I’ve put together a weapons rack which is effectively a display cabinet for your arsenal (It’s much nicer than just viewing an icon for your weapon we think) Also put together a drop item for the player inventory, should you happen to die and want a chance to get your stuff back. This also opens up gameplay to others, allowing fellow pioneers to loot your body. Very fitting if you happen to be terrible at the game and die a lot.

Well this week I’ve managed to get a couple of days free to spend some time looking at issues that people have been having with turrets. It’s something I’ve been wanting to do for a while. Hopefully I have managed to track down all the various bugs. They do seem to be working a lot better now. I’ve also been reviewing the new Juggernaut AI planner to make sure it works fine, but we still have a couple of non AI issues to resolve before we can release this.

As well as bug squashing to the max this week I have been working with the Chris trying to optimise the new level. I have also been improving the foliage destruction replication system.

Got out of writing these for the last few weeks, but they’ve finally collared me. I’ve been optimising the game, clawing back every bit of server performance with an aim of being able to host more players on it. Multiple players simultaneously constructing buildings could cause a major performance hit, so we’ve dealt with that. These performance updates will be out next release. If you want to see what I’m currently working on during the week then follow my dev account on Twitter @FlixDevYves.

Looked into some issues with accessing the Eden Kits, and similarly inviting other players to your Colony using the onscreen prompt system. I also created UnDuplicator which checks for and removes duplicate assets from the map which will hopefully have minor optimising effects on performance and gameplay.

Is it Friday already? Huh, this week kept me busy since it has had a bit of everything for me. There was a lot of design work, mostly for the future of the weapons, the inventory, the crafting system and the lighting system. There were bugs to be fixed, with the map interface and the Eden Kits. There was pfx work for the upcoming “re-spawn pad” utility structures, and of course there was prototyping for the lights, pads, scanner, and other more secret, but equally exciting things.

This past week I have continued performances test on the new map with Trist in order to ascertain where the major hits are occurring. One major change is the way we setup our destructible rocks in the world, which although the new method we will be using will considerably improve the performance of the server, it has meant that all rocks have to be repainted back in the world. I have also completed designs for ingame map which will be implemented at a later date.

I started the week by finishing the conceptual work I was doing on the new Tab menus, before modeling an initial block out of the standing light. I’ve also started on the large amount of texture creation that needs doing for all the new icons and buttons required for the improved menu and inventory designs.

This week I have been working on setting up the Juggernaut attacks to deal damage and force to the player. Coming your way in future updates, a large, stomping, charging, headbutting, fire-breathing, armoured enemy xD. I have also started work on parry animations for the melee module, which should allow players to block incoming melee attacks with their own melee weapon once implemented.

This week I have been creating designs for the refinery (for all your material crushing needs) , the placeable light and a few small containers for the players to drop items in (because no one wants to have all their items spilt out on the floor). Onward to the next concepts!

This week I’ve been trying to stay on top of the increased social media traffic after a certain someone streamed Eden Star. Other than that I’ve been focusing on turret bug fixes and testing the optimisation of the build mechanic.

See you in the fray!
-Team Flix

Hey Team Flix, just wanna say keep up the good work! Been following you guys for a long time, and enjoy the updates a lot. One day when our local currency isn't in such a terrible state I'll buy a copy on steam. Hopefully sooner than later.

Thank you for the support guys :) we'll be putting out some rather large updates very early this year too which we're all very excited about!