Has anyone here ever participated in a real-life game jam before? We have a fairly popular one where I live in Manchester, most of the time they are short 8-hour jams but occasionally they do 24/48 hour ones too that coincide with the Ludum Dare competitions.

As a little reward and a break away from the giant project that is TinyKeep (how ironic, it's not Tiny at all...), last Sunday I attended one. It's nice to be able to create and finish a project in the space of a few hours and a great way to meet new people too, which is so important as I spend most of my time at home working by myself. I personally find jams creatively refreshing and I returned home with new motivation to continue working on TinyKeep. Even Jim, our soundtrack composer attended. He and his other student friends came up with a very impressive technical demo. 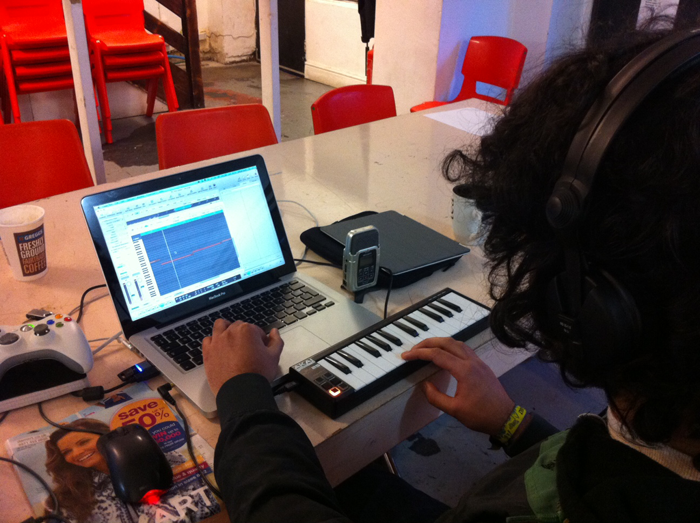 Jey (an audio designer I teamed up with) hard at work! At a Game Jam it's really important to come fully prepared, you don't want to be spending hours reinventing the wheel. Jey was no exception, he had plenty of sample libraries to hand and easily banged out a whole suite of sound effects and 2 songs on the day. With programming it's the same, make sure you come fully prepared with pre-written frameworks and libraries so you can hit the ground running.

The theme this month was Cows. So of course, we present to you Moo-tation Arena! A 3D local multiplayer battle game, the goal is to ram into the back or side of your opponent's cow. Collect enough glowing green gems and you will moo-tate into a giant green cow and will be invincible for all of 10 seconds! 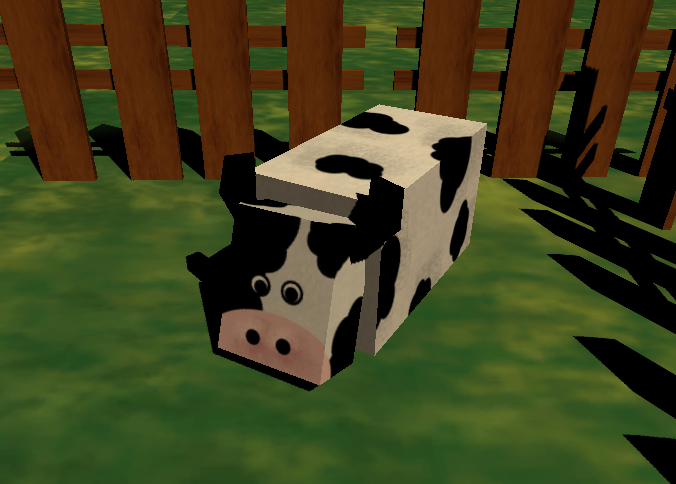 My first ever 3D model, I'm so proud! Not sure what Matthias would make of this one though... This one was quickly modelled in the GameDraw plugin for Unity, and was UV unwrapped and textured in the time it takes to make a cup of coffee. At a Game Jam, speed is the key!

Oh yeah, this is the game I was supposed to be making right? Well, don't panic! The past couple of weeks I've been very busy finishing off the zoning system by implementing locked doors and keys, as well as adding different room types and furniture. Oh and the automap now reveals corridors and rooms as you explore the dungeon. It's beginning to look and play more like a game now! 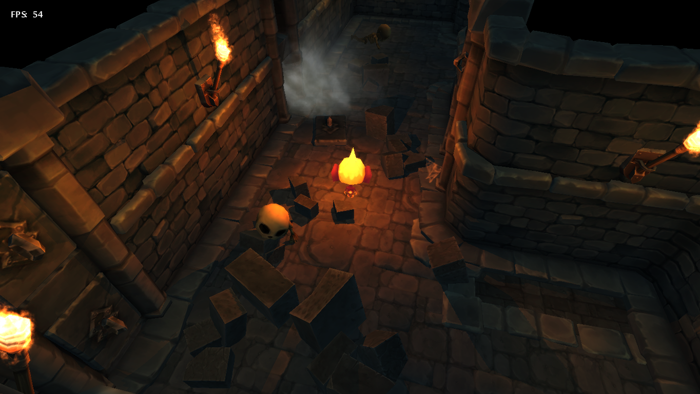 Corridors now contain rubble and dead skeletons, requiring a bit of skill to manouveur around them as you flee from impending enemies. It's the details that count... 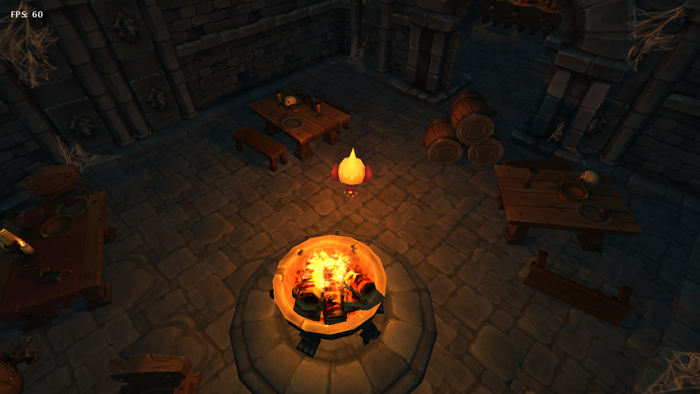 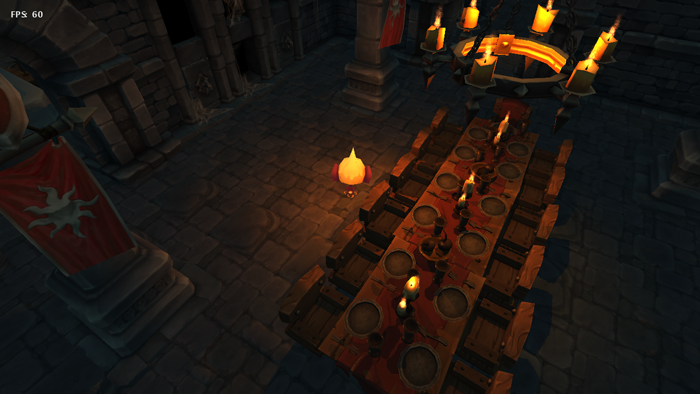 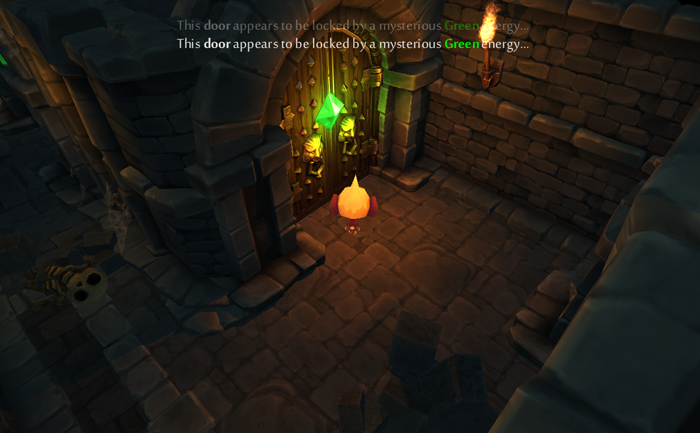 Failing to open a door that is protected by a mysterious energy. I experimented a little on different ways of showing how a door is locked, from full-on 3D padlock models to hovering billboard padlock icons. In the end we settled with setting a gemstone in the door, glowing with the colour of the key that opens it. I think it's a nice way to reinforce colour coded zones. And it shows off the nice lighting as well! 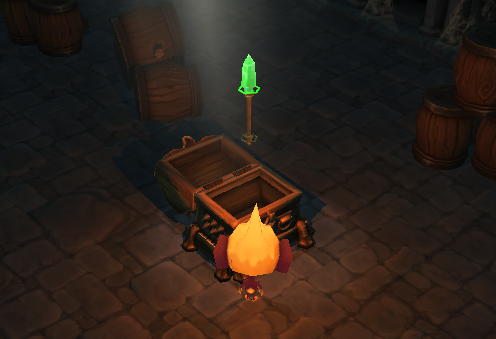 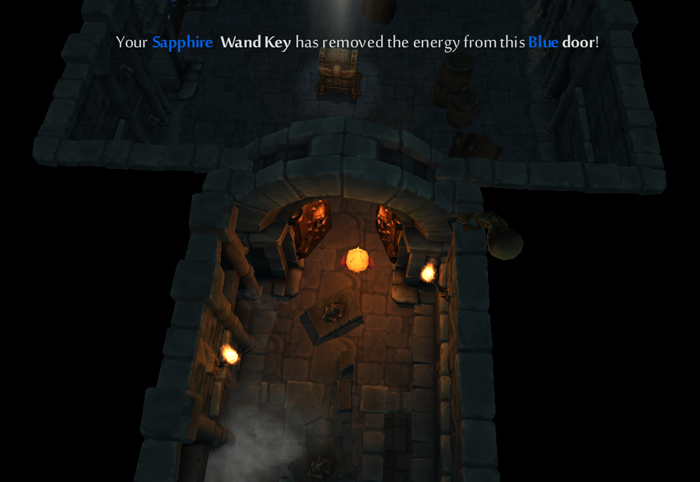 There will be 4 different magical gems for each of the zones in the game (Sapphire, Amethyst, Topaz and Emerald).

Thanks for taking the time to scroll through this huge list of images and screenshots! Here's a video showing very early footage of progress so far. Apologies in advance for the low quality, low framerate and lack of realtime shadows. I had to turn down all the effects to get my recording software to work nicely (my laptop is too slow for FRAPS to run in high quality). All in all this represents about 2 months of full time work on the game, so things are still a little rough around the edges.