Hi everyone, I'm Keith, one of the designers of Interstellar Space Genesis' first expansion, Natural Law. In today's diary, I have the honor of giving you a deeper dive into one of our two new races, the one that puts the "Natural" in Natural Law, the Palacean.

Hi everyone, I'm Keith, one of the designers of Interstellar Space Genesis' first expansion, Natural Law. In today's diary, I have the honor of giving you a deeper dive into one of our two new races, the one that puts the "Natural" in Natural Law, the Palacean.

THE RISE OF THE PALACEAN

The rise of the Palacean would never have occurred if not for the extraordinary environmental conditions present in their homeworld. As one of the galaxy's only naturally occurring tropical paradises, their homeworld's high humidity and welcoming environment allowed their race to break free from the shackles of the sea and ascend not only to the surface, but eventually, to the stars themselves.

The Palacean may represent them, but they do not make decisions for the Palacean Assembly on their own. The unique environment that granted them a better life also led to the rise of a wide variety of other sentient and highly intelligent flora and fauna. The Assembly have worked together in symbiotic harmony to create their utopia and it is universally agreed that every member is entitled to have their voice be heard.

Grateful for the gift nature has given them, the Palacean Assembly view their homeworld as nature's blueprint for the galaxy. Only by making every planet just as beautiful and wondrous can they achieve nature's mission.

Though they hold no ill-will towards other lifeforms, they view life which is incompatible with their mission as irrelevant and therefore ultimately marked for eventual extinction. This perspective may strike others as cold and self-centered, but among the Assembly the eradication of those in their way is nothing more than a matter of natural selection.

Their elected representative and primary ruler is Majiden, a highly regarded Palacean politician renowned for always considering the needs of the entire Assembly.

Their alternate ruler is Kotledon, an elder Palacean druid devoted to heeding nature's call. With his trusted companion and advisor perched by his side, he is ready to uphold nature's wishes, no matter the cost.

The Palacean fleet is inspired by their humble origins and portrays the beauty and elegance of the Palacean Assembly. 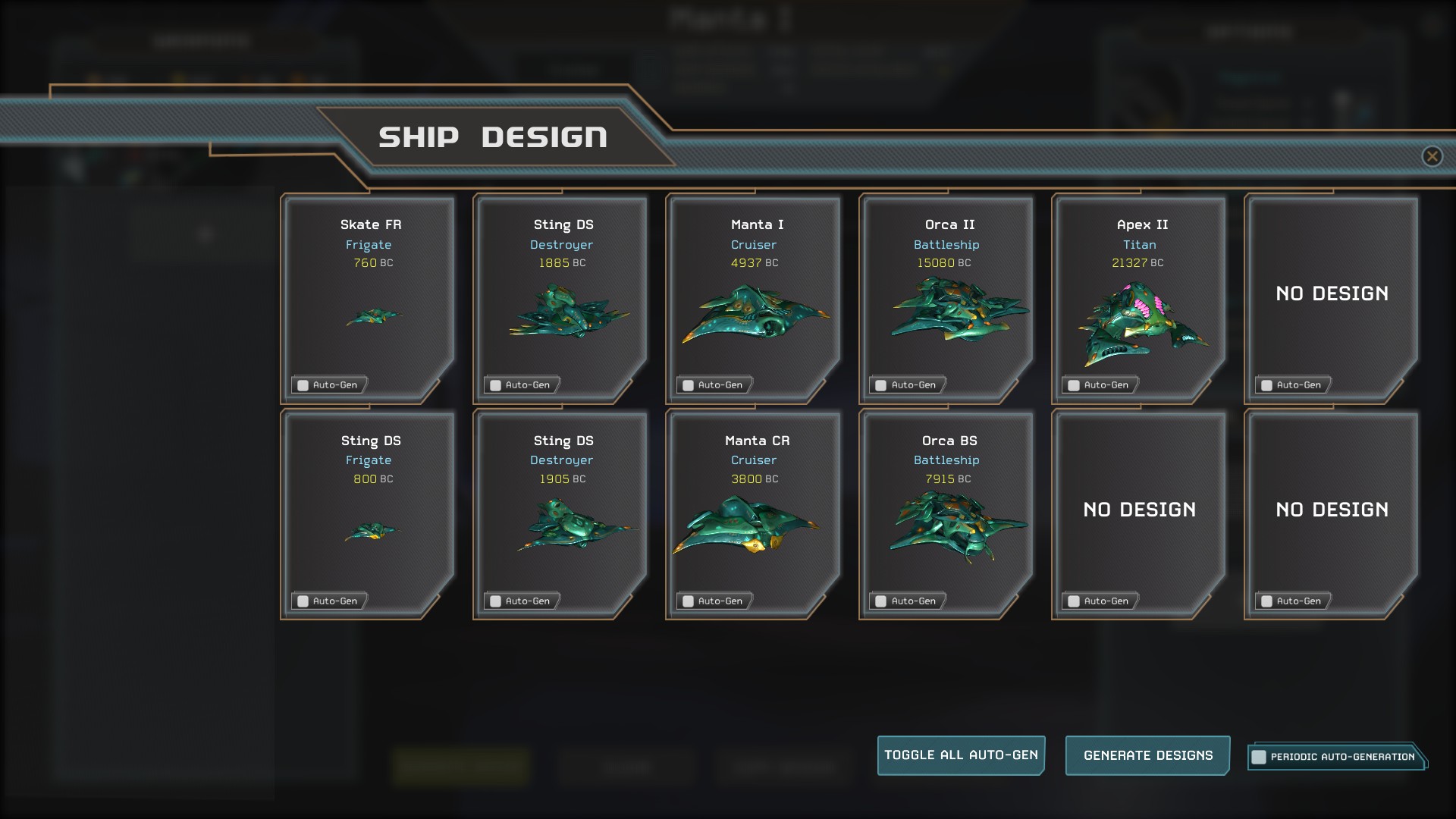 The pride of the fleet is their titan itself, the mighty Apex. It's a ship built for war, but one also built to house and protect the many living creatures and their families that live their lives in service to it. 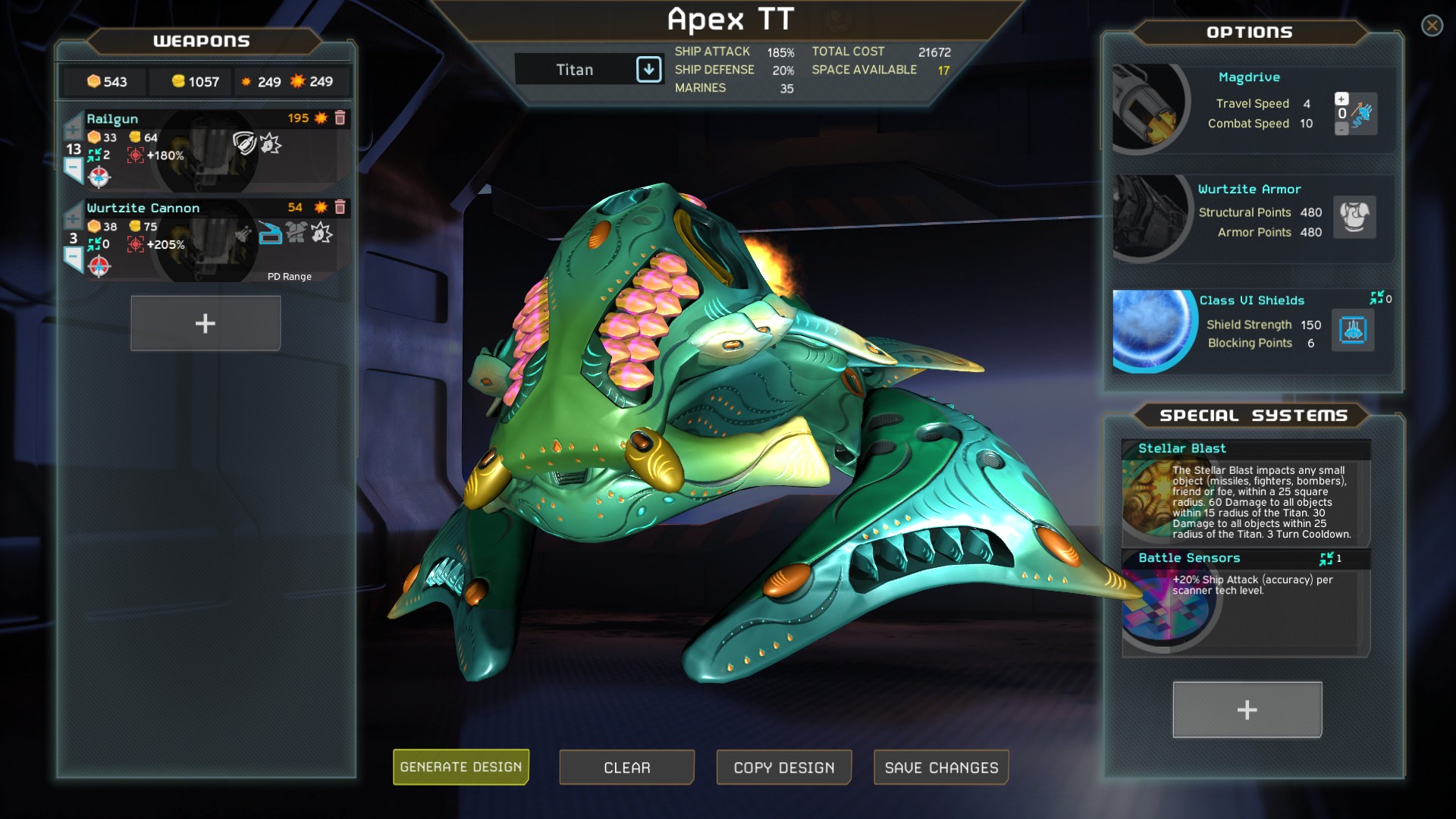 The Palacean have inspired two new tracks that are added with Natural Law.

"Metamorphic Journey", a galaxy map track, tells the story of the Palacean journey from their humble beginnings to their triumphant rise to the stars.

"Symbiotic Confluence", their diplomatic track, features a variety of instruments and voices representing the many voices of the Assembly each weighing in with their opinions.

The tropical paradise of the Palacean, Triobah, is a Gaia environment. It is a rare planet which through natural means has reached its ecological peak.

Ecocentric is a new trait which starts a race's homeworld at Eco level 3. This not only symbolizes a planet's natural support for life, but it also provides powerful early bonuses to morale and population growth.

Combined with the large size of their homeword, this trait lends support to the Palacean Assembly's ability to build a powerful tall empire early on.

The Palacean Assembly's use of organic and naturally occurring materials, as well as the help of their flora and fauna, allows their infrastructure deployment to be highly flexible.

Colonial Restructuring allows a colony to completely change its current infrastructure selections instantly. Unlocking this ability requires maxing out the infrastructure in any colony. It is then usable on any of your colonies, whether they currently have maxed infrastructure or not.

Unlocking this can require a bit of planning, as achieving maximum infrastructure on a medium or larger planet can be a bit of a challenge early on. Whereas many see tiny and small planets as low priority targets, a crafty Palacean often sees these as prime targets of opportunity to unlock this rather potent capability.

Such versatility makes those with this ability among the quickest to react to changing conditions across the galaxy. Whether in times of peace or times of war, there's no situation it isn't able to help handle.

If the Palacean Assembly are nature's chosen than strategic resources are nature's fruit. To feed their insatiable appetites, they have studied them and developed unique extraction techniques to periodically increase their yield.

Resource Surge allows extracting 50% more resources for a short period of time from all strategic resources.

While relatively easy to unlock by acquiring 2 of any specific strategic resource, the boost it provides is both powerful and versatile. Whether used to drive their economic engine or to boost their combat prowess, having this ability at the ready can ensure you are ready for any situation.

This ability can also be used in conjunction with the "Interstellar Geology" space culture for those that really want to maximize their total yield in pursuit of a strategic resource heavy strategy.

The enormous "Apex" titan of the Palacean is home to many living species of plant and animal alike. The bodily functions and processes of these creatures generate an immense amount of energy capable of powering all aspects of their ship. In addition, they've developed a method of tactically releasing the excess from the ship as a surprising natural defense mechanism.

Stellar Blast is an activated titan ability that unleashes a blast of energy powerful enough to spread across a vast distance from the ship. While this energy is completely ineffective against the hardened hulls of larger craft, it on the contrary devastatingly effective against all manner of missiles and small strike craft such as fighters and bombers.

While this blast is immensely powerful and certain to clear the immediate area of all but the most resilient small scale targets, one must remember that this build-up takes a few turns to recharge once used.

The Palacean may be a potent new race ready to terraform and uplift the entire galaxy, but they are not the only newcomers who want to make their presence known.

Stay tuned for our next dev diary, as the Cerixx Sentinels would like to have a word with you about the services they'll be providing, whether you asked for them or not...

In the meantime, check out the Interstellar Space: Genesis - Natural Law trailer and wishlist the expansion on Steam!

It looks great. Keep it up!