It's been a roller coaster! In this post, we go into detail as to what is actually included in the current version of the alpha and what's to come. 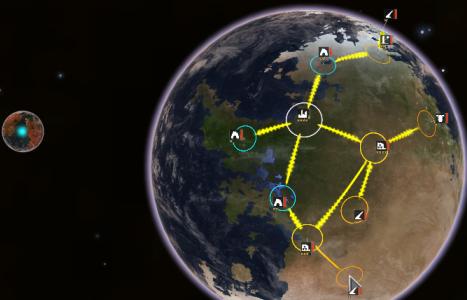 Hello, everyone! As you may have noticed, we've had some big things happening recently. We released a new alpha gameplay trailer, have been handing out alpha test codes to willing participants and even got featured on Rock, Paper, Shotgun! Feels good, man.

Today, we'll be going into more detail about the alpha (which you can get here, once you've pinged us about a code.)


So, what is actually included in the Windows alpha version? Well, the very basic gameplay is there, but being an alpha version, even that's not shaped to perfection yet. It is possible to finish a match and even have a bit of fun doing it! The proper feature list is:

These are the features you can test. We really welcome all kinds of comments, whether you think something would work better differently or that some features are unbalanced. It's very easy to change the basic values, such as weapon damage and planet speeds, but bigger changes take more time. 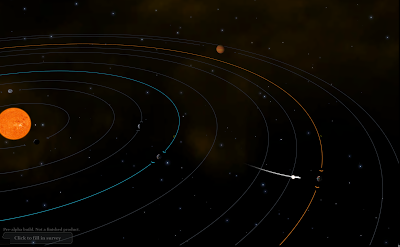 A big thing we want to get comments on is the targeting and firing of weapons. Is it fun? Does it work? All the values of the planetary system, from gravities to planet sizes, are easily fixable, so don't hesitate to give your thoughts!


We are planning on updating the alpha version periodically, so people can also test newer features. This will go on until we reach what we determine to be the beta-stage.
Some features to be expected sooner or later:

Happy testing everyone! Send us comments and we'll take your experiences into account when planning the next build!

If the planets are 3D this will be the best game I have seen on IndieDB.