Video game music can be a tricky thing to produce. In this post, we tell about our experiences with the creation of Interplanetary's music. 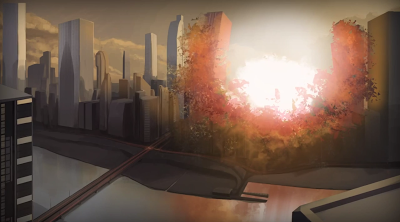 Sasu, here! The HQ of Team Jolly Roger has been quite busy recently. Closed alpha testing is supposed to start very soon and here we are, still implementing some features! I hope we can keep up with our secret timetable.

It's been very nice to hear people reacting positively to Interplanetary. We were pretty surprised to see it featured on a Japanese entertainment blog, Damonge News! Well, it's not like we mind negative reactions either; they can offer some interesting viewpoints. So comment, praise, criticize, whatever you feel like! We might even draft the most enthusiastic people for the alpha testing.

This time, the main subject of this blog post is something that's still very much a work-in-progress:

The Music of Interplanetary

We've been struggling with the music for some time. Everyone has been very busy in actually making the game playable, so inevitably, things that give the game flavor, such as music, have sometimes ended up taking the back seat.

Music in games is, however, a very important feature. It creates the mood, keeps things dynamic and can even guide the player. In Interplanetary, we need music mainly to give the player some kind of pace: different game states, such as building and action, will have their own kinds of music, showing player their progression and making the whole experience much more powerful. As important as good gameplay is, the feelings a game gives to the player, can be considered equally important.

We managed to grab a musician, Vince Parrish, to help us with the music creation. The problem was, we didn't have a clear consensus among the team on the exact feelings Interplanetary should give to the players. The way we decided to go about with this, was to create a short teaser trailer to get a sense of the atmosphere of Interplanetary. Vince was given only vague instructions, in addition to a mock-up teaser, so he had lots of freedoms with creating the music.

Vince's music hit exactly the right notes, but there was disagreement with the actual feeling of the music. This wasn't surprising, considering the lack of collaboration. At this point, we begun to discuss the music more. We changed things around slightly, and managed to create a somewhat satisfying teaser for Nordic Game.

As we explained in the last blog post, we decided to redo the teaser drastically after the convention. This time, we planned exactly what we wanted the teaser to communicate. We finished the video completely, with final graphics, and then started to draw an exact idea on what we wanted the music to sound like.

Within the team, we collected reference music to send to Vince. While going through Youtube, looking for ideas, we came across the soundtrack of Inglourious Basterds.


This gave us an idea. What if the music was very serious and warlike, but in an old-fashioned way? Interplanetary itself is a bit of a mishmash: traditional gameplay combines to create something new and realism collides with the kind of a ridiculous idea of interplanetary artillery war. The music could be old fashioned, but mixed with modern instruments. It could also be so serious that it can turn a bit humorous.

The new music was soon mixed and it fit the teaser perfectly.


With the teaser to guide us, we've started to produce music for the actual game. It'll be stylistically similar and fit the gameplay situations. We haven't yet decided if the music will change a lot dynamically; it would be really cool if it would fit the actions perfectly when the missiles fly towards the warring planets, but this would be difficult to do properly. Time will tell.

I hope this was an interesting look at our process. See you next time, and meanwhile, enjoy this unfinished concept piece of Planet Building music!

All will be revealed with a quick look at our IndieDB-page, which is very convenient, since here we are.