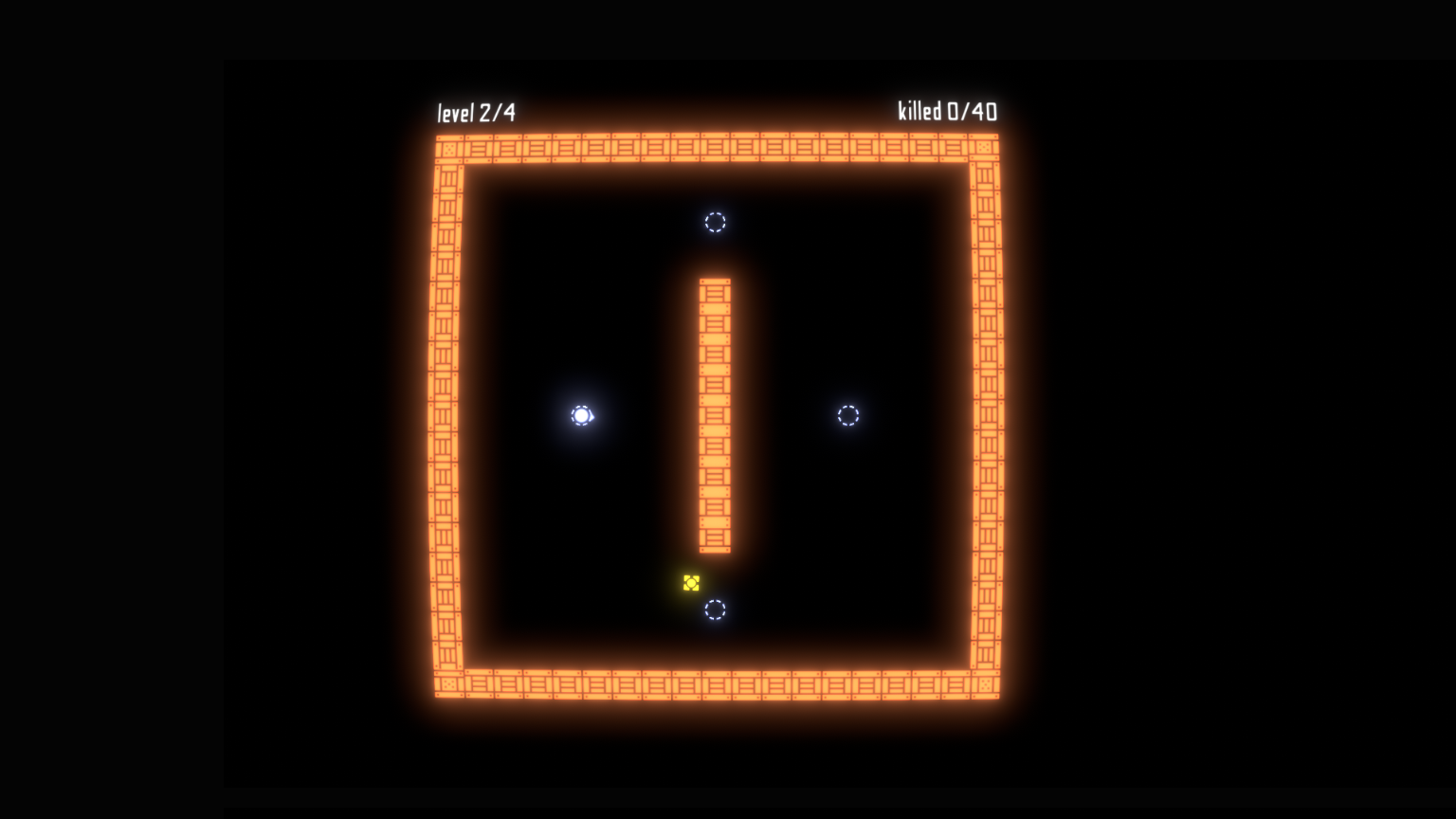 After a weeks of it's release and some feedback, certain gameplay issues came to light. In this update, the concept of gameplay has changed a bit, of course with some new content as well :)

Before this update, the gameplay concept was simple, in that you have to shoot enemies and if you miss, your bullets will forever ricochet off walls. That has not changed, as it is the core game concept. However, previous to this update, when enemies die, they either drop a mine or a confirm kill countdown at the location of death. This confirm kill concept wasn't easily understandable, and didn't serve it's purpose properly. One problem of gameplay was that of sitting in corners to survive. In this update, in every level there will be one or more key points, that will be clearly visible. These are timer spots, and serve to display a countdown, just like the confirm kill ones from the previous update, however they are activated at random, forcing the player to keep moving as he plays. This truly changes the goal of gameplay, as it is no longer to just kill enemies.