This is just bits and pieces from the level, so not to spoil secrets and too much other stuff.

Muzzleflashes and some weapon animations were missing in the video, but they have been added just recently.

Watch out for the fireballs from the lava.

Do you hit the blue button or the red button?

The game also has splitscreen mode from 2 to 4 players: 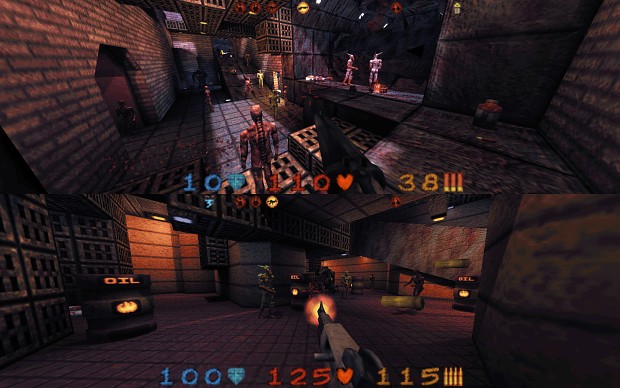 So far 2 player splitscreen cooperative has been pretty fun. Other game modes include survival against hordes of enemies and deathmatch against other players (maybe later AI players too). 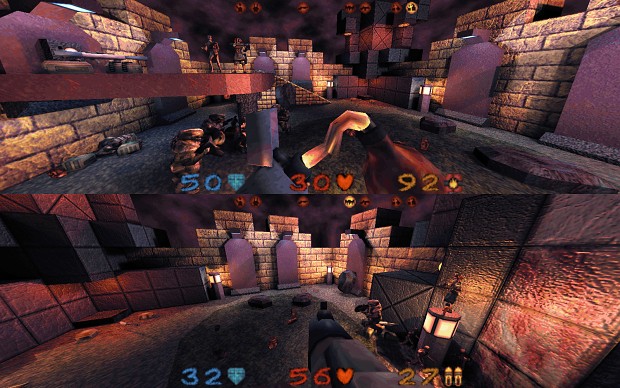 Another splitscreen shot, both players in the same area. Also want to continue this level.

Other things in the game:

Testing rain and thunder. Suppose there could be some indication where the lightning is going to strike, so player could have a skill based chance to dodge it. Player also had a lightning shield powerup that fires lightning at anyone attacking player. 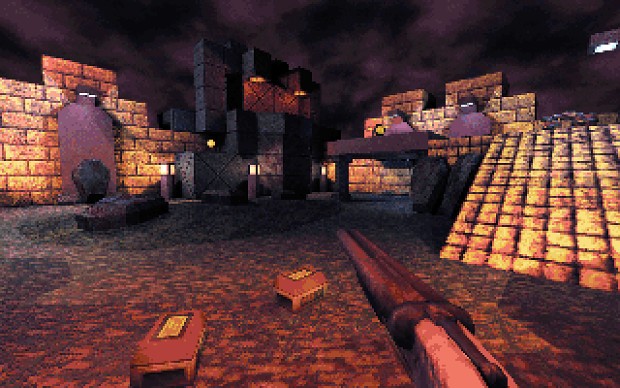 The game has a GLSL post processing shader that can be used to make it have a retro 320x200 resolution with 256 color palette. The palette may be on by default, while the resolution decrease is not.

Is it going to be a free total conversion or a commercial game?

Ideally I want to sell it, but not going to be too expensive, exact price is to be deciced later.