First person action fantasy horror with retro graphics. You're a demoness in Hell in a conquest for power over your rivals. The game runs on FTE engine.

Seems I continued with the scifi themed levels. They were easier to handle while still recovering from something very traumatic that also made me unable to work for some months. Suppose the scifi theme can become like one chapter / episode. Restored the original character textures and added some more characters from my older projects that I thought would fit in this.

The weapon set is now a mix of some older and newer weapon designs I've made. Also noticed that I've put so much monsters into the levels that using realtime lighting only makes the framerate drop in bigger areas. Lightmap + realtime dynamic lights is fine. 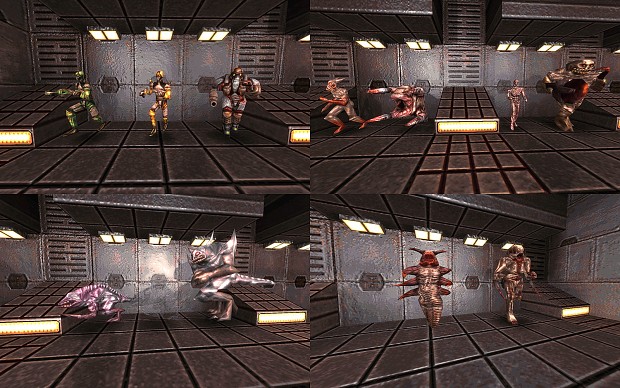 Monster gallery for viewing them. Going close enough, the monster animates, makes noises and there's information printed in the screen about the monster. Some question whether the monsters appear in the gallery after killing them once or are they there right from the start. 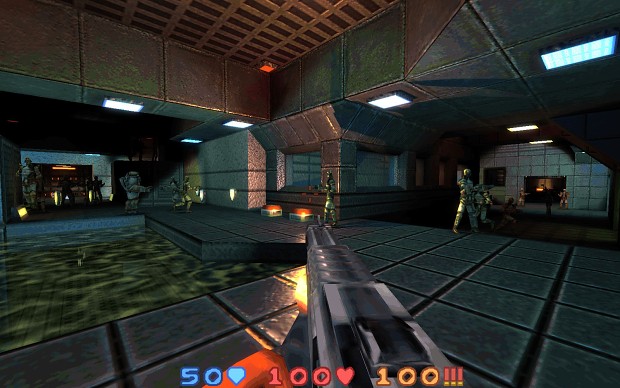 Toxic liquids, you should have a hazard suit before diving in there. 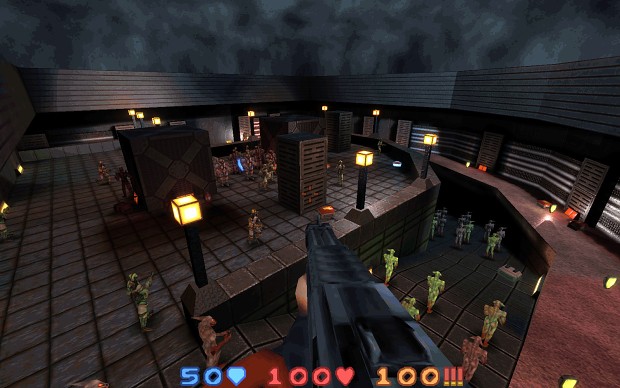 An outdoor yard, might add some beams/stuff going on at the top. 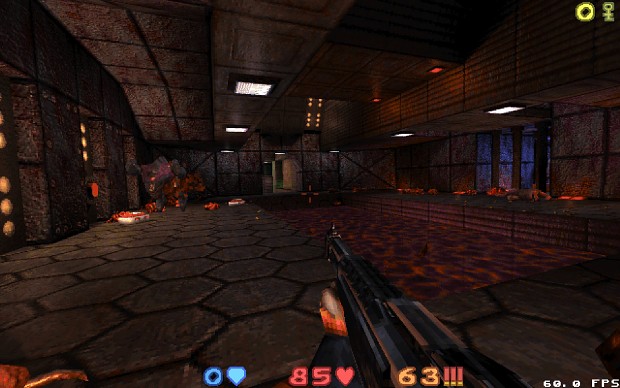 A blood processing area. Initially this shotgun was single barreled. 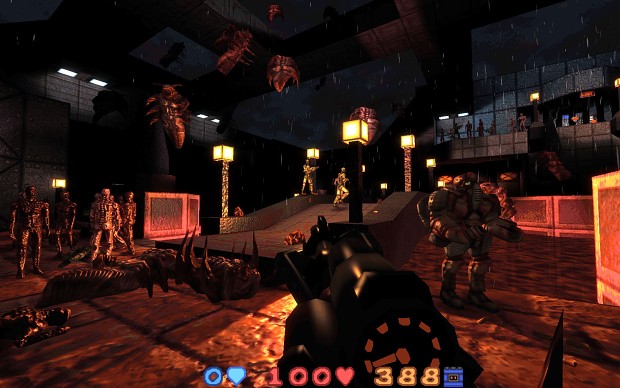 Some outdoor area with rain. Still need to think of something for the lightning strikes before using them, the light effect is fine, but the actual bolt that can hit & do damage is not. If the lightning is used, it can hit randomly anywhere in the area with the sky, then it's completely luck based if player gets hit or not, and for gameplay it would be better if it was skill based. So player need to know where the lightning is going to strike a few moments before it strikes.

Grenades exploding in the darkness. In the longer gameplay video, they're incendiary grenades, in this gif they're still regular explosions.

The game also has options for a retro look with square particles. Note the zombies in this gif weren't changed yet to the original decaying look, though suppose this version could be an alternate stronger zombie?

Text, languages, subtitles, and playing the game, new old graphics style. The game has a Finnish name too: Helvetin Asukki.

Going through a bloody gantlet and some artstyle changes.