It's a new year so time to take it up a notch. I've got some exciting news in this article. 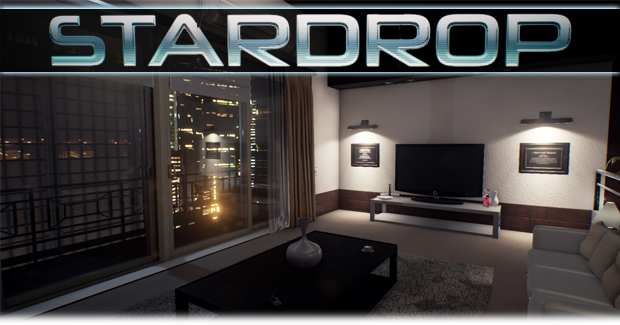 I've been searching for Environment Artists for quite some time. Good artists are hard to find but I'm incredibly excited to welcome aboard James Morgan. He's been around the block for quite some time and even though I just met him, he's incredibly friendly and very much involved. I'm looking forward to work with him from here on and am curious to see the awesome things he'll whip up for the game, which I'll be happy to share when the time's right.

Next up is Sensi. He dropped me a PM a short while ago wanting to Play Test the game. Now I get these requests more often but he somehow struck a chord with me. He's an active PT that has worked on multiple projects and he has already shown to be highly insightfull when it comes to anything Sci-Fi related. He should since he's incredibly into the genre. Ever since I met him he has shown nothing but support and enthusiasm for the game and I hope he'll have a good time with us.

Well... A lot actually. Most noticeably is the fact that the Demo portion of the game is fully playable from start to finish. In fact my wife played through it last night and while being incredibly sceptic, at the end of the demo she was like: "OMG, I knew it'd stop right here (the demo). Just as I was getting into it... I want to know what happens next...". I patted myslf on the back... okay, I didn't but I was happy she reacted that way, since that's usually the point of a demo. :)

It will take some time to finalize the demo though. Mainly because I need to flesh out some things. For instance I need to implement subtitles. I was not aware of how the system works inside UE4 and it's quite a hassle. I might ask help from one of my dev friends and see if there's a better solution we can make for ourselves. I tested the system out in the opening scene and this is what I got:

Another issue I had was with the current UI interfaces. I wanted to use the UMG Widgets that the UE4 Engine offers, but they're broken. I'm looking into alternatives but for now I have to make do. However, I am currently in the process of completely overhauling and standardizing a more universal look for the game's interfaces. I overhauled the Save Station UI and creating a general feel for other interfaces. You can see the new designs here:

Onto the last topic of my list. I will offer the players to visit Aryn's apartment at least once in the game. This is mainly to build on her character and provide a peek into her and her background. I have some ideas on what to do with it but in general it's just there to broaden the variety of environments the player will be able to visit. and not be stuck on space ships alone, even if for a brief moment.

Her apartment will be freely explorable at one point and the player can take his or her time to fully adventure through it. There will be small tidbits about Aryn and her past all throughout the place and the player will be able to exit at any time. But talk is cheap, so here's a peek into her apartment which will still need some more work in terms of content.

I'm now polishing the demo and am gearing up towards kickstarter project. In the next few weeks I will update more often and hopefully be able to spread the word. I want to be able to take my time and fully commit myself to this game. Having proper funding would increase the quality and quantity of the scope of the project. And to make sure that any potential backer knows what they're getting themselves into I will provide the full polished demo alongside the kickstarter itself. Now to be clear, the demo will be further polished and expanded upon during/after the kickstarter and integrated into the prologue itself but I will polish it as much as I can within my current capabilities. If people really like this game to succeed then I have faith that I will reach a broad enough audience. If not, then I will be just as happy and continue development and make do with what I have. As niche as it may turn out to be.

ahhh. Im new, this is source still? This a hl2 mod? Looks like a good game.

You have all information in the Summary ;), and yes that gonna be a good game ! =D

haha, nah it's on UE4. I just posted this on my old mod page for those who might be interested in what I'm currently doing. Sorry for the confusion. ;)

I thought it was Source myself. That's surprising.

here's the game's moddb page in case anyone else is wondering
Indiedb.com

Yeah, this was the last article I'm sharing with 1187. I just wanted to promote the game properly one last time on here. Peace out everyone.