Slightly belated, but a big hearty hello and the best wishes for a Happy New Year to all ye scoundrels out there! No, we were not left to rot in a dungeon. Unfortunately, we didn't spend our time drinking with Sgt. Heimer either... don’t think we could've survived that anyway. These past couple of months we've been working our fingers to the bone to finish Empires in Ruins.

Slightly belated, but a big hearty hello and the best wishes for a Happy New Year to all ye scoundrels out there!

No, we were not left to rot in a dungeon. Unfortunately, we didn't spend our time drinking with Sgt. Heimer either... don’t think we could've survived that anyway. These past couple of months we've been working our fingers to the bone to finish Empires in Ruins. 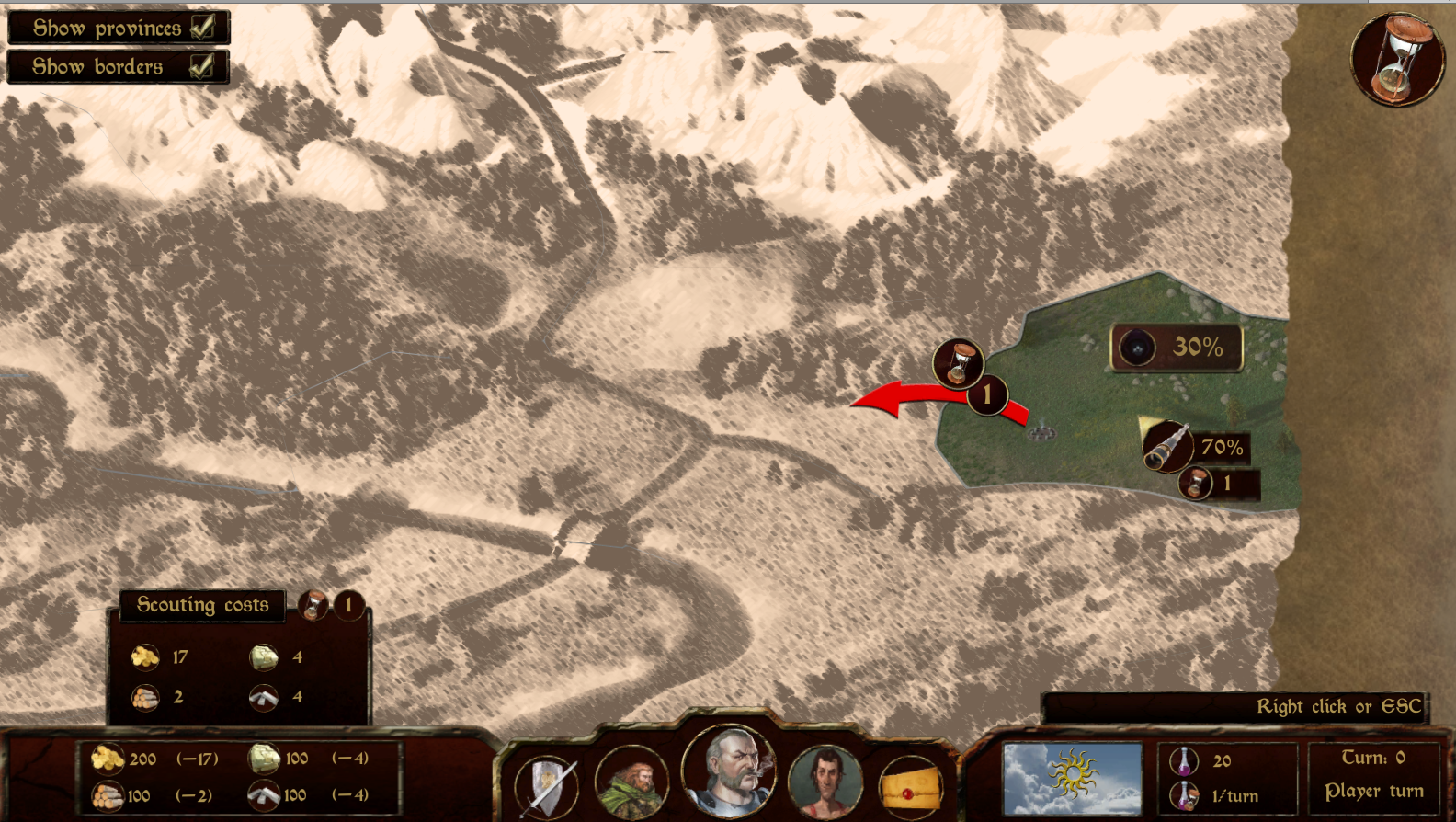 Development has been going better than expected, with many milestones crossed off and our calendar of "things to come" more spotted than a pox-ridden lass. "Nothing but the best for those willing to weather what looms in Koth’s shadows," we thought to ourselves and kept our heads down. But we felt it was high time we let you in on what we've done so far and we're willing to bet you a penny it'll all ring well with ya.

All this time, we've been tinkering with the game's backend, pondering about the plot and its twists, redoing the main map's 3D assets, testing and implementing dialogue systems, and recently started working on enemy units. If those ain't enough for you, fret not for we still have ponderous volumes of information, enough to scare the keenest of Koth's scholars off their tunics and that ain't a pretty sight, believe us. If we were to share all that with the likes of you, you'd go and doze off on us so we took it on ourselves to break it up in smaller bits.

These following weeks expect a number of posts detailing what we’ve improved, what comes next, and what you can do to see Sgt. Heimer’s army through its perilous and unwanted swing through Koth. The Sergeant thinks it's all bollocks, but you’ll want to keep these in your noggin if you want it to stay between your shoulders...

Seeing how this is this year's first post, why not also give you a little something to gnaw upon until our next post? 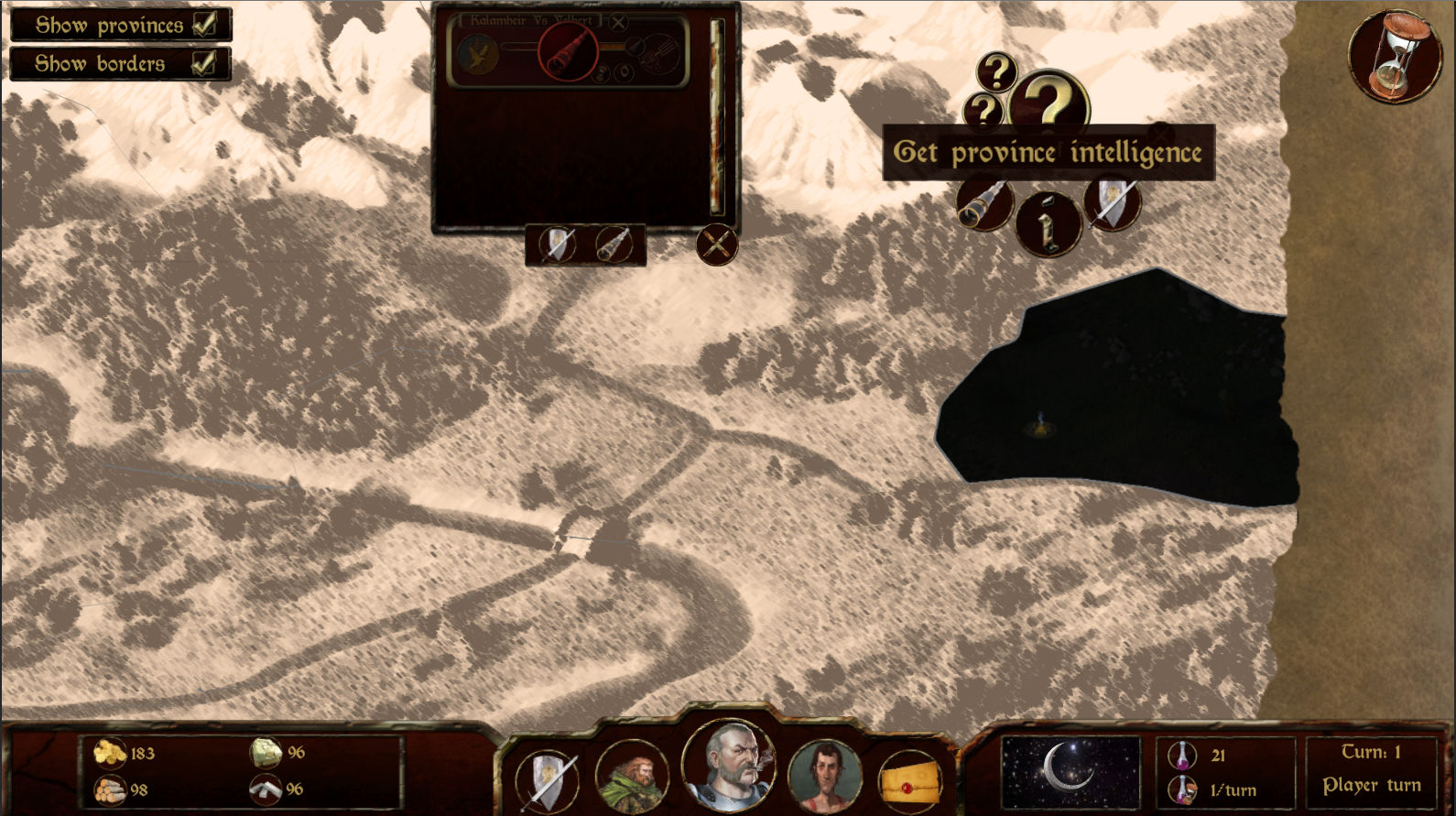 Interacting with the Main Map

"If yer gonna lead yer men to their graves, ya might as well send 'em in the right direction..."

The main map is where strategic decisions take place in Empires in Ruins. Visually, you get to start off with a hand drawn map resting on Sgt. Heimer’s campaign desk. Seeing how Sgt. Heimer could be piss drunk and not able to read the map, it'd be wise that you worked with it... As you explore new areas, you'll see that the map changes bit-by-bit into a more detailed 3D version that is colored and introduces animated features and other visual cues. We decided to go about this feature to further add to the experience of what's it like to go through the Empires in Ruins universe; areas you've explored and interacted with should feel as real to you as their own struggle with the corruption and adversity that are omnipresent in Koth. What we aim to accomplish is make you feel in complete control over the provinces you've ridden of rebel activity, and help you quickly plan your course of action for those that soon will be. 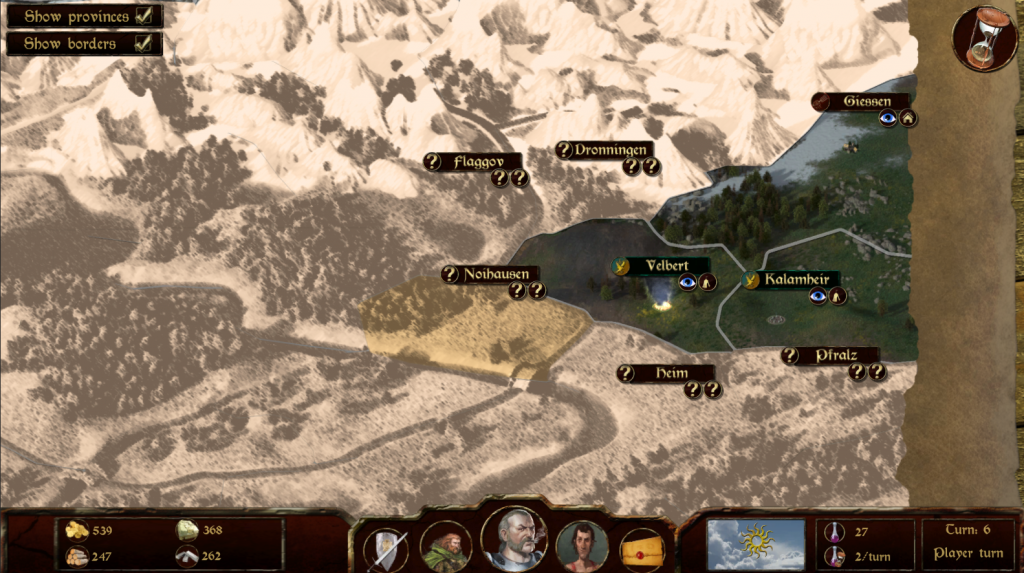 As the map turns more realistic, it will also visually display other elements and information. We implemented these to further immerse you in the game but also give you obvious cues of whatever needs immediate attention. Be it clouds adding to the aesthetics or a settlement literally burning to the ground due to rebel activity, more and more of these hints will make their way onto the map as we progress with development.

Through the main map, you will also be able to govern your reclaimed provinces as well as have access to a number of other tools - like the Scouts and Engineers tabs - all of which will be explained in detail later. In short, actions that you will be able to perform in the main map include, but are not limited to: 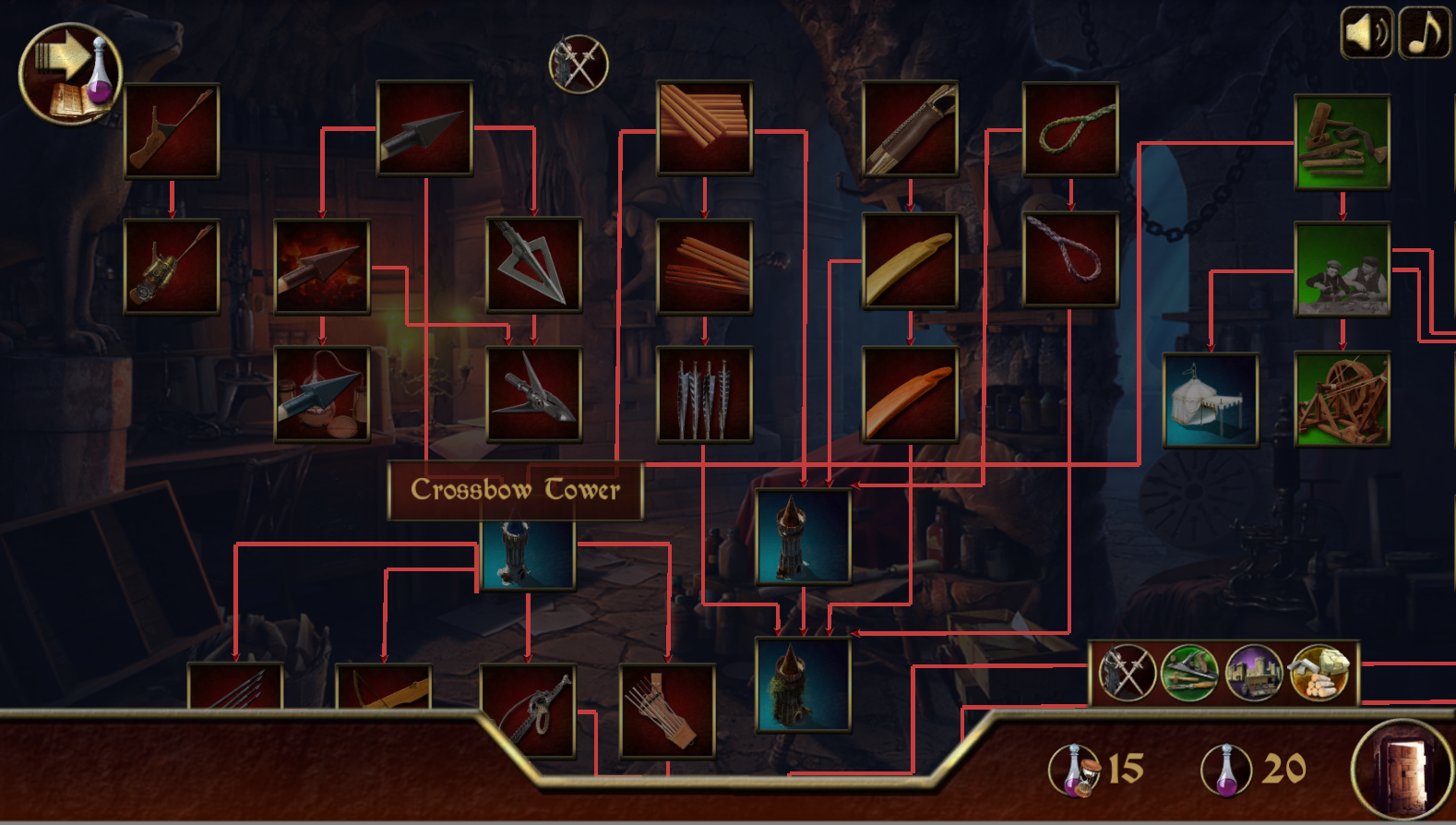 We hope this pretty much covers most of what we have to say about the main map for now. We will be giving you lots of heads up as new developments roll in. For now, stick around and stay lively, as you will read a thing or two about Alternative Missions and Settlements in our next post.

Oh... And while you wait for that, why don't ya earn yer keep ya poor sod! Sit that lazy behind of yours down and send us a comment or two about the map now that the two of you are so well acquainted!

We once told you, it might have take a while, but we were going big on it, and that's what we are doing ;) In the next weeks we are already preparing several posts like this one to start showing what's in the game, while preparing the way for some gameplay videos and the playable alpha that includes the main map and strategy part. Cheers!