I talk about my point and click adventure game Ghostdream, briefly describing the whole process of making it.

My name is Alex and I’m working on a point and click adventure game called “Ghostdream”. I’m nearly done, so it’s about time to return and analyze the whole process from where I am now. The contents would be:
>>Initial Concept
>>Graphics
>>Music
>>Story
>>Game-play
>>Extras

>>Initial Concept
I believe the idea is good if after an hour or two of thinking about it, I manage to express it in just one simple sentence. I can always develop it further later on, but in the very beginning it must be interesting enough for me in its simplest form. In this case I simply wanted to create “a world, only slightly visible through the darkness”. Not stylish black and white Limbo style, but a pretty colorful world, although covered in eternal darkness and so barely visible.

So the first thing I did was this room: 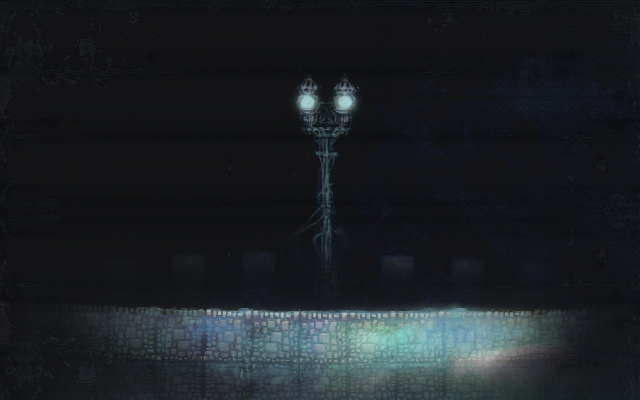 Success. It is more or less exactly what I was imagining.

Now I want to do something similar with the characters too – they must be barely seen, or not seen at all. Ghosts fit perfectly – you see only clothes, but not their bodies – they don’t exist and the clothes are simply their remaining memories, which might be imaginary: 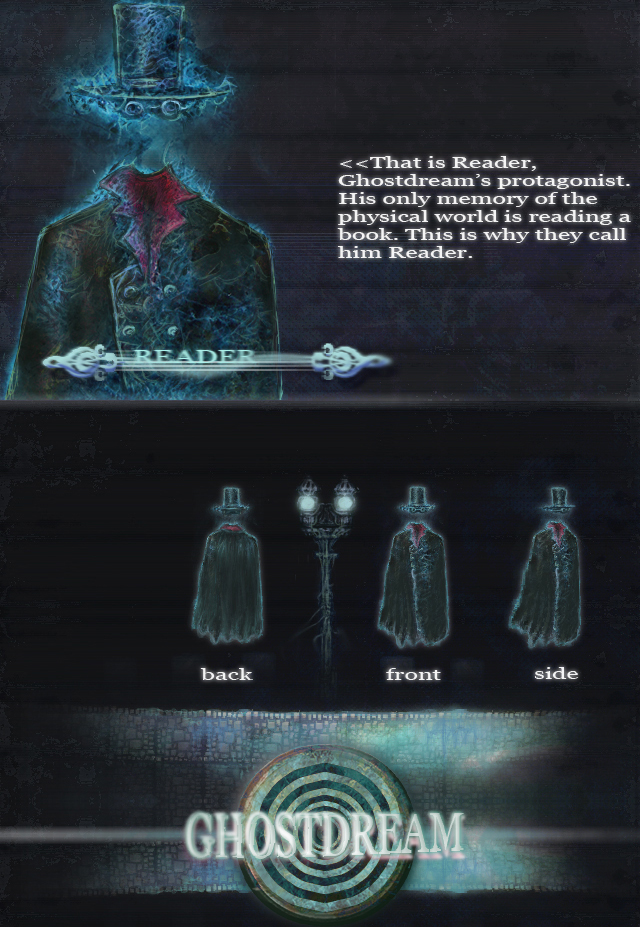 The world must have the same logic too – it’s there, but barely seen. This actually reminds me of nearly all of my dreams – when I awake I remember only few details – everything else feels like that eternal darkness I’m trying to portray. The atmosphere of dreams is something to always have in mind here – it will probably end up looking like some old surreal art, but that is only natural: 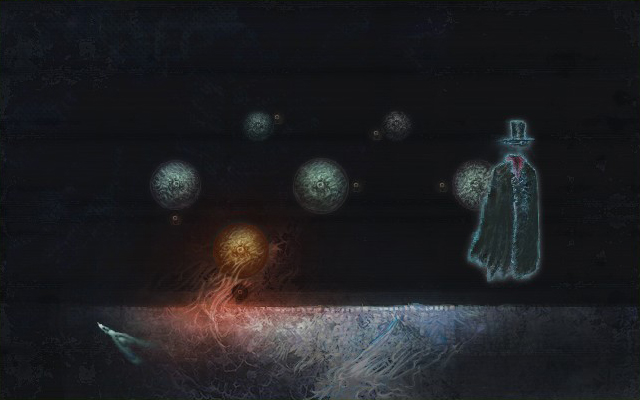 Success. It feels exactly like my dreams… and as expected it reminds surrealism. More than that… it IS surrealism. Fine with me - it’s been a while since my last experiment in this style…

So… we have “a world, only slightly visible through the darkness” + bodiless ghosts + surreal dreams. Nice combo. Interesting enough for me to dedicate some time of my life to it.

>>Graphics
Preferably at least 50% of every room must me dedicated to “eternal darkness”, even more if possible.
Everything must move chaotically all the time. Not a single moment without movement (excluding texts, which must be readable).
Resolution isn’t very big (640X400), so I can’t make it very detailed, but I can work much faster in a smaller resolution. Since I have no budget… “faster is better” – it isn’t even a choice, unfortunately… Still, some rooms have quite big objects in it, detailed enough: 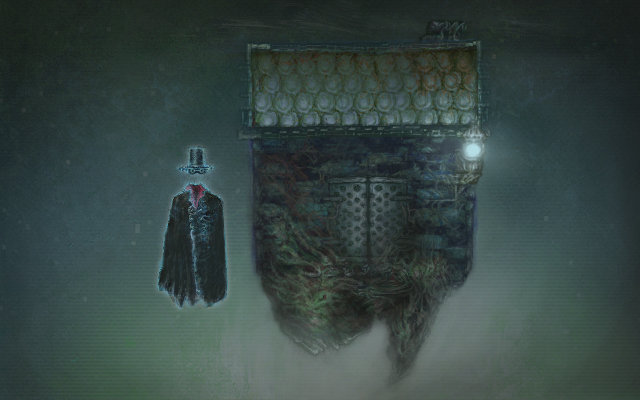 Success. The game looks exactly as I want it to look.

The only problem is monitor settings – depending on the display settings the game can look either extremely dark or too bright on the contrary. And I don’t want to start the game with the annoying “calibration settings”… people are not idiots, they can manage their own monitors without me telling them: 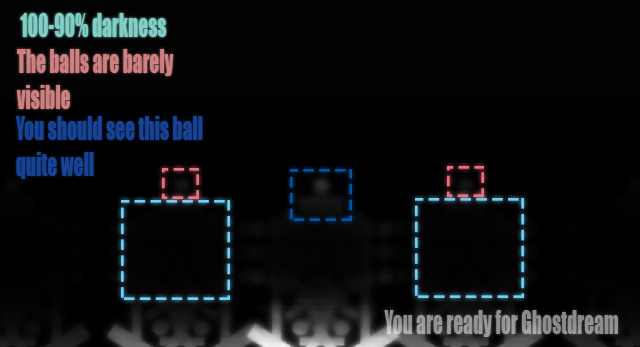 >>Music
Naturally it must be dark… and dark music is my thing. This is why I want to do something different this time. Dark only slightly, but by any means not scary. The spectrum of emotions associated with darkness is much wider than fear – it may also be sadness or even sexual desire. I am much more interested in sadness in this case. Blues is the answer. Classic Blues wouldn’t fit perfectly though – I need a different version of Blues, my own Blues, dark Blues, familiar yet different. Dark but not scary again. At any given moment I want to remind the player – it is dark, but it isn’t a horror game – nothing will appear here suddenly – if something frightens you it’s accidental. Music can serve me well for this matter – you always hear it.

Success. The soundtrack is big and quite rich both in arrangement and melody – I even have a fake chip-tune track for the sci-fi episode (you can have sci-fi dreams, so it works well as a part of the world).

My only problem as always is the sound quality – I’m using some old software and I have no money for professional mastering. I know it sounds exactly as I want it to sound on my equipment and I have no idea how it will sound elsewhere. That’s “hit or miss” unfortunately, but of course – headphones are recommended for this game (or any other game ever made).

It’s getting longer, than I anticipated. I’ll write “part 2” in a few days or never, depending on the feedback or the lack of it.
Good luck and have a nice day.

Very interesting idea. I also like your music. Keep it up!