New enemies and renewed gameplay. Warning: a lot of GIFs!

We want to remind you that Creach: The Depleted World has been Greenlit, so now we are preparing a playable build for the Early Access.

We also want to show you our progress.

Possessed by the Stone. These guys are just slaves of a huge power. They don't ever speak: they are not supposed to. Seems like they have a hive mind, so be careful, when you see more than one of the Possessed!

The second one is the rock crusher. It has everything that makes it deadly: strong legs to chase its victim, powerful jaws to grind everything from man's flesh to steel, rhino-like horn to kill with one strike... And it's all packed into a ferocious beast with tough skin!

Rock Crusher doesn't like the way you are looking at it.

Let's get to the key point of this update.

During our Greenlight campaign we received several complains on the gameplay. We appreciate your feedback! It helped us to concentrate on making the battles more dynamic. You can see the results for yourself:

Bandits are the most common enemies you will meet in Creach. Nevertheless, they are extremely dangerous... Well, as much as the others.

The years spent in various RPGs, probably, left a durable stereotype in your mind considering the archers. It says: archers are strong on the distance, but once you reach them, they are dead. Haha! In Creach you'll have to chase the bandit archer for some time in order to kill it; In the most cases you'll finish it with several arrows in your back.

There are also bandits with a melee weapon. They easily dodge your attacks, so prepare for challenging battles.

Spiders are the thing most of you don't like even in the real life. Just imagine them being huge and attacking you from the ceiling like this:

Estimate your chances of killing it with a morning newspaper - if it's not made of steel, you'll finish locked up in the bathroom and shaking with fear.

But don't worry: Sterk has a lot of weapons and knows how to use it.

Even so, he needs your help to pass through the lands of Creach. 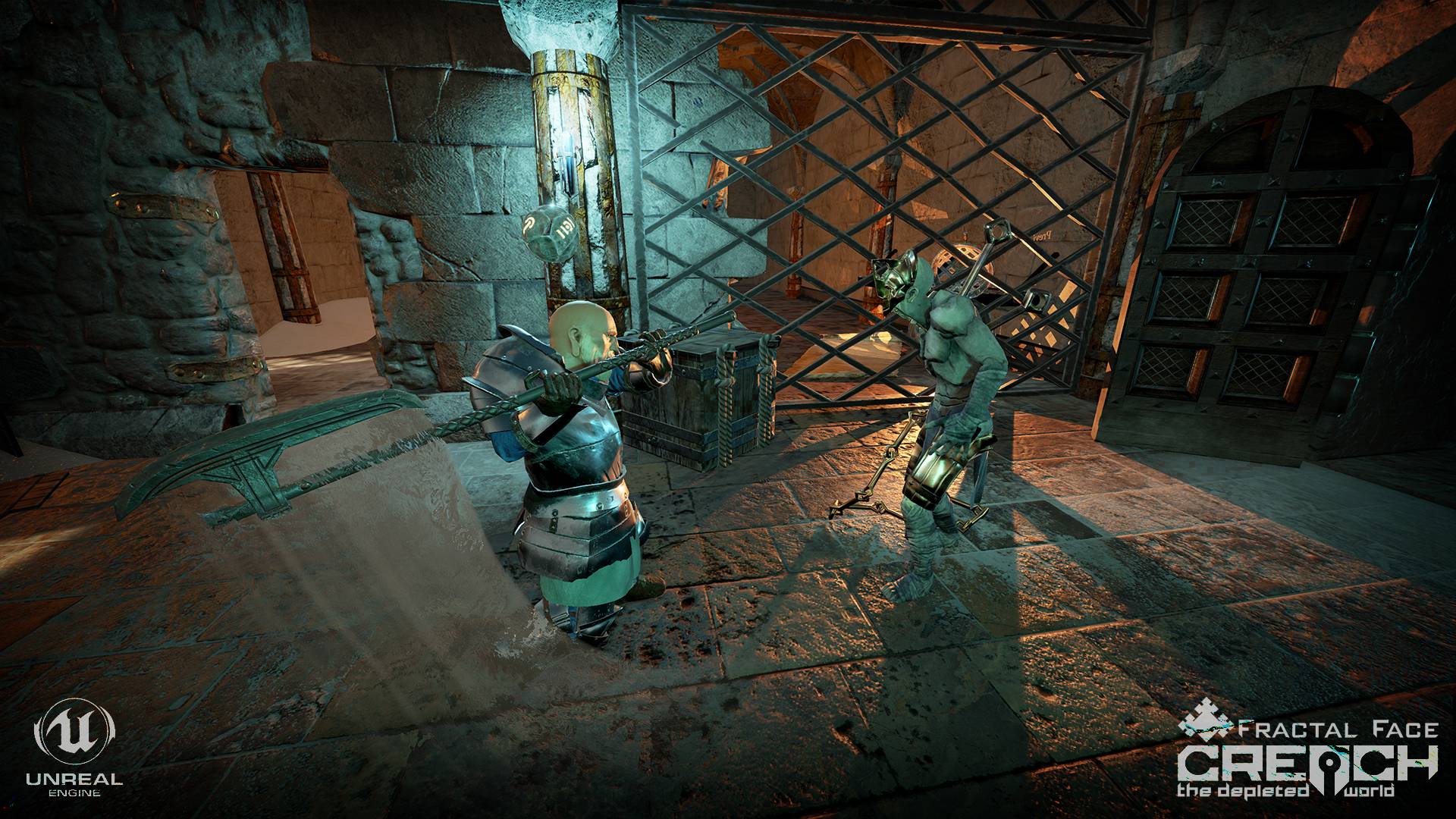 You may ask: why all enemies - even at the beginning of the game - are so hard to kill?

Well, those, who were easy to kill, are already dead. Creach is a rough world.

If you really like the game - tell your friends about it!

Nice update! Love the lighting, love the animation and of course love the enemies! Those spiders are frightening! Amazing job! I'm starting to wonder if Creach would be more immersive as a 3rd person games instead of a platform game.

Thank you!
Well, with the "crossroad" points the game's expanded into the third dimension, but basically it still remains a 2.5D side-scrolling game.

Thats cool, I totally respect that. Side scrolling definitely has its advantages. Specially since you can't see the back of all the assets. Makes modelling and lighting easier...

Thank you again! It's great that you support our game for all this time and leave your opinion and feedback, we really appreciate it!
About the easiness: that could be one of the reasons, but not the main one.
We started the game, because we wanted to bring something new into the side-scroller's gameplay and develop a completely full story inside the notorious 2.5D concept. That's an interesting experience.

I'm not too worried about an easy game. As long as its easier than Dark Souls Prepare to Die Edition

this looks pretty amazing for a 3D platformer! trackinggg~

Thank you! We appreciate your interest in the game! ;)

Btw, how much is this game going to cost in the future?

That's a good question!
Though we are still working on the pricing policy, I can tell you that the price is going to be reasonable.
During the Early Access, the game will cost a little, and we will make the price acceptable for the majority of players all over the world.