Alongside the DLC 2 for Dead In Vinland, we will release a free patch that will bring new features for the base game, including advanced difficulty options!

Hello survivors, time to talk about the 1.3 Patch!

We’re approaching release time! Let’s talk about the content of the FREE 1.3 patch coming live at the same time as the second DLC of Dead In Vinland. We are slowly coming to the end of what we possibly could implement into the game, so this patch should be the last major one.

Honestly we totally went over the budget we had in the first place… but well, we wanted to go as far as we could with the concept of Dead In Vinland. We hope that in the end, it will have a lasting effect on sales and that the game will eventually reach balance, but that’s the subject of another blog post that I will make for the 1-year anniversary of the game’s release.

But yeah, when I look at what is the game now and how it was when we first release it… There has been quite an amount of major improvements that I’m really proud of. After the 3rd DLC is released, I think I’ll be able to call it complete!

But enough of that, let’s look at the features… There are actually 3 new major free features included in the 1.3 patch:

Okay… Let’s get to the REAL THING. Dead In Vinland has A TON of parameters running in the engine that we set up. We can’t possibly make it moddable since it was not something we anticipated from the start. BUT with this, you’ll really be able to tailor your experience how you see it.

We added not all but a lot of parameters that you can fiddle with, making your game extra hard or extra easy. We tried to give you the freedom to go very extreme in the parameters, so it’s very experimental: don’t complain if you set-up some crazy things ^^

We thought it worked well with a new endless game mode, but you can also use this to make the story mode easier or harder with the patch. 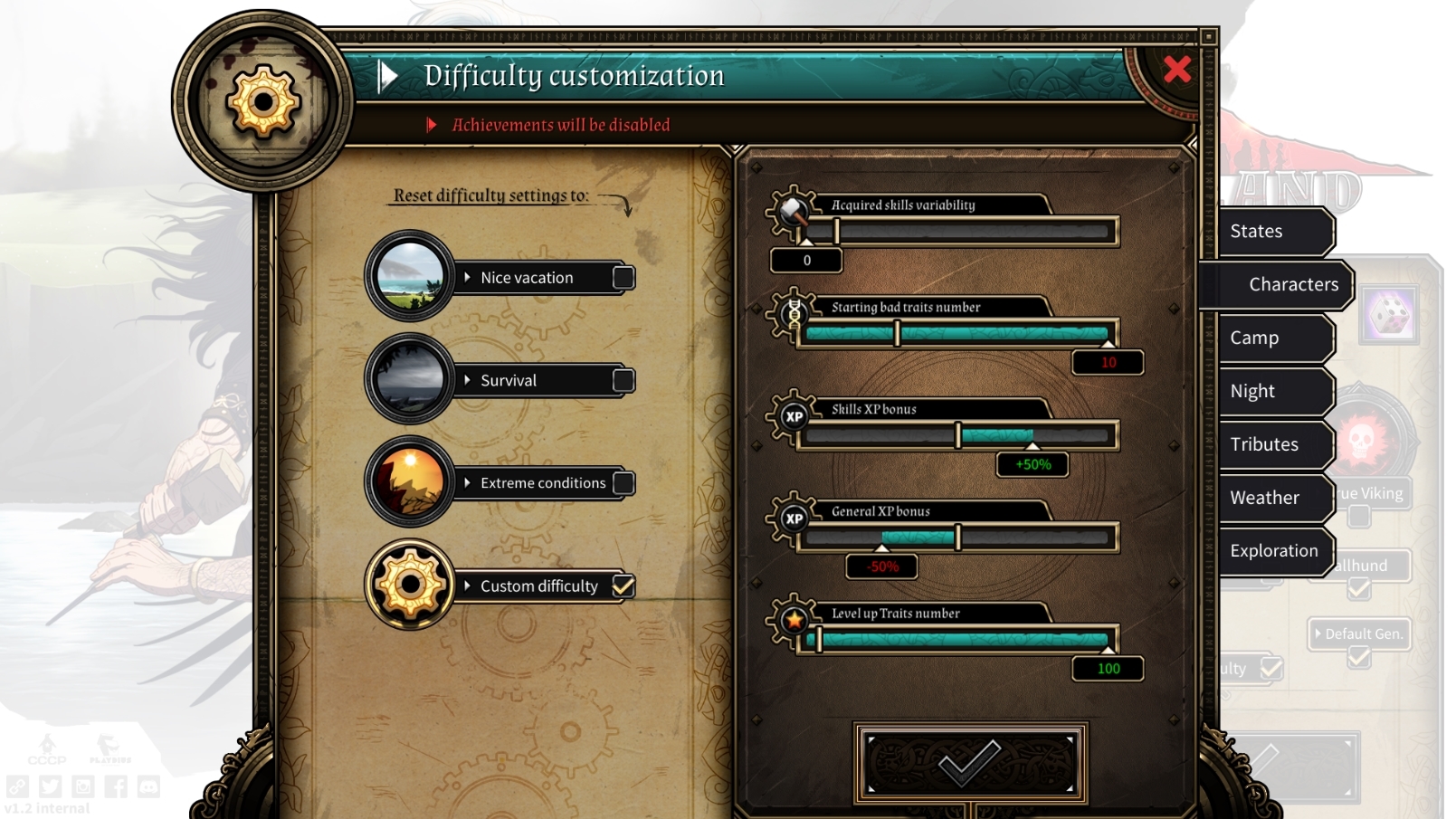 With that, you will be able to: 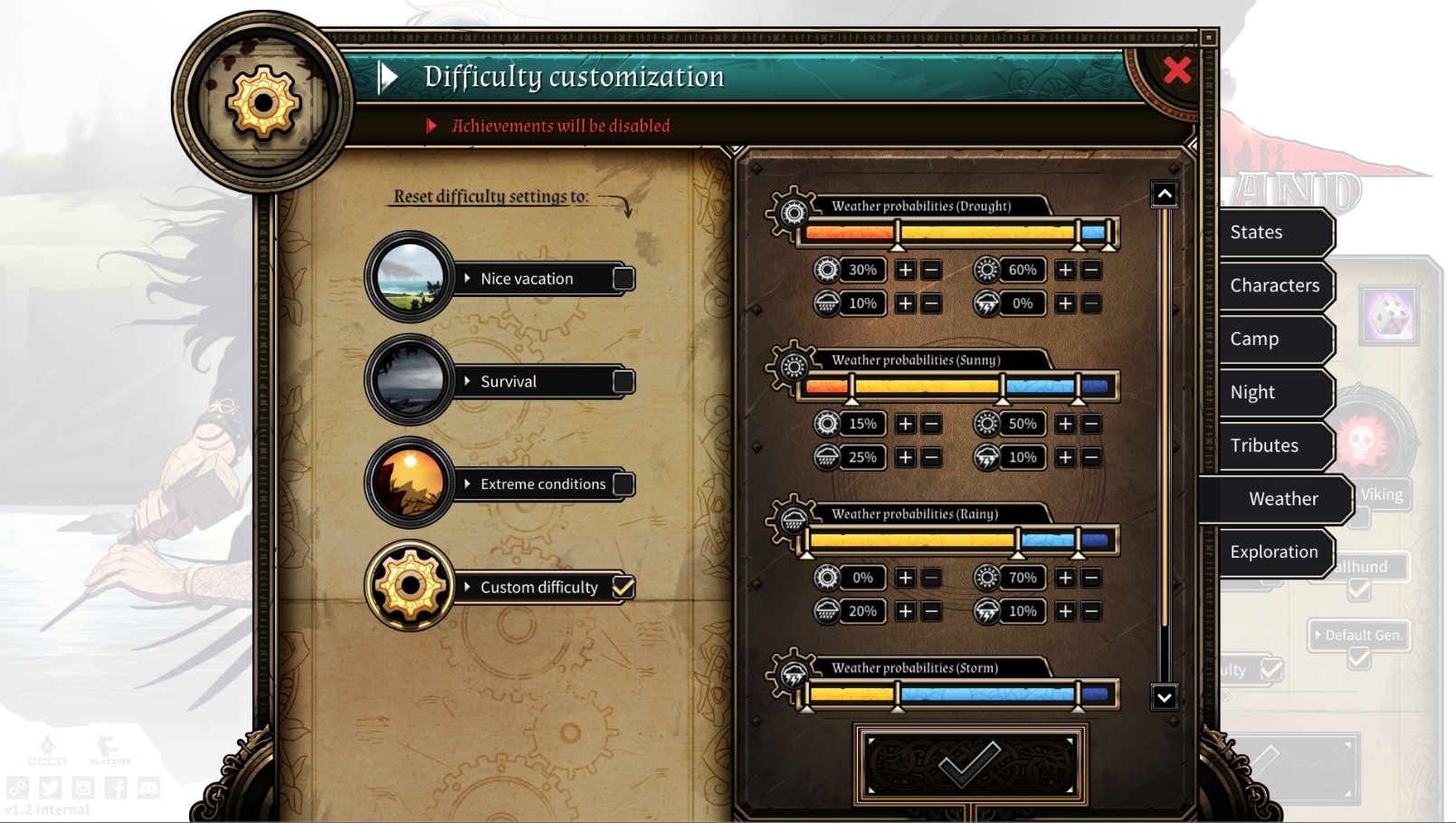 This is directly a consequence of the new customization options of the Battle Of The Heodenings mode that we included in the 2nd DLC, and this is something I wanted to change for a while. The Intelligence skill didn’t have much use, apart for the skillchecks in exploration mode (luckily, we used a lot of Intelligence skillchecks, so it was not a wasted skill). Now that you can freely distribute your skillpoints at character creation, we couldn’t allow ourselves to have a sub-par skill like that, that could easily been overlooked to max-out other skills.

So! Now Intelligence will give a bonus/malus on skills XP gains. The more a character is Intelligent, the more they will learn from their experiences and the faster they will get better at doing their activities. 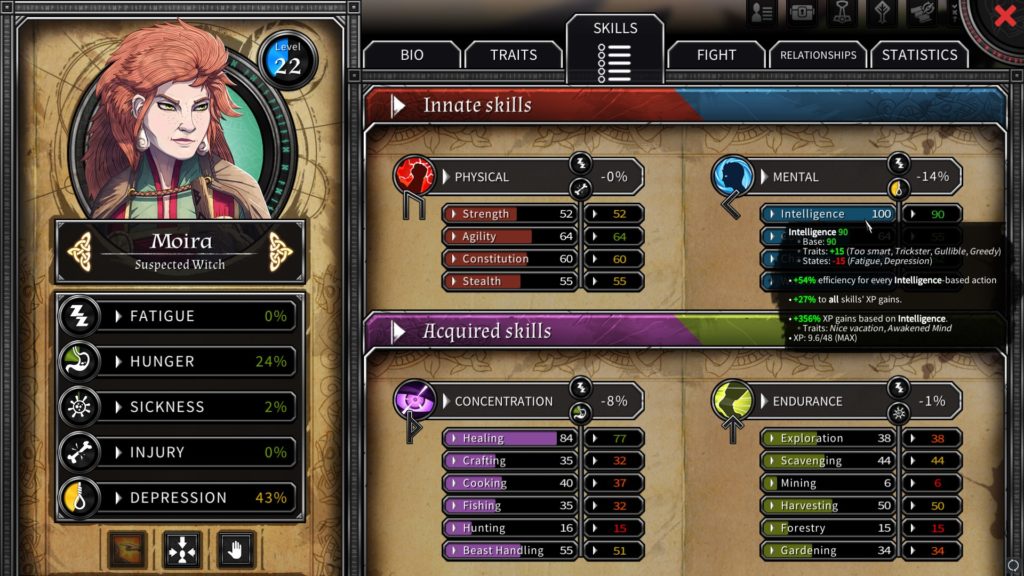 Since skills level-ups give general XP, Intelligent characters will also tend to progress their levels faster, learning useful Traits along the way. So yeah, it’s definitively a skill that has some value in it, and that could lead to some interesting XP focused builds.

Oooh… How I love this feature! To talk a bit about me, I have some kind of statistics fetish… When I see character statistics in a game, I can’t help but become instantly excited. I think I could buy a game just for a well-presented stat screen x)

I feel that many RPGs and tacticals are lacking a lot in character stats, that’s a shame because stats tell a lot of good stories that you can share and compare with other players. 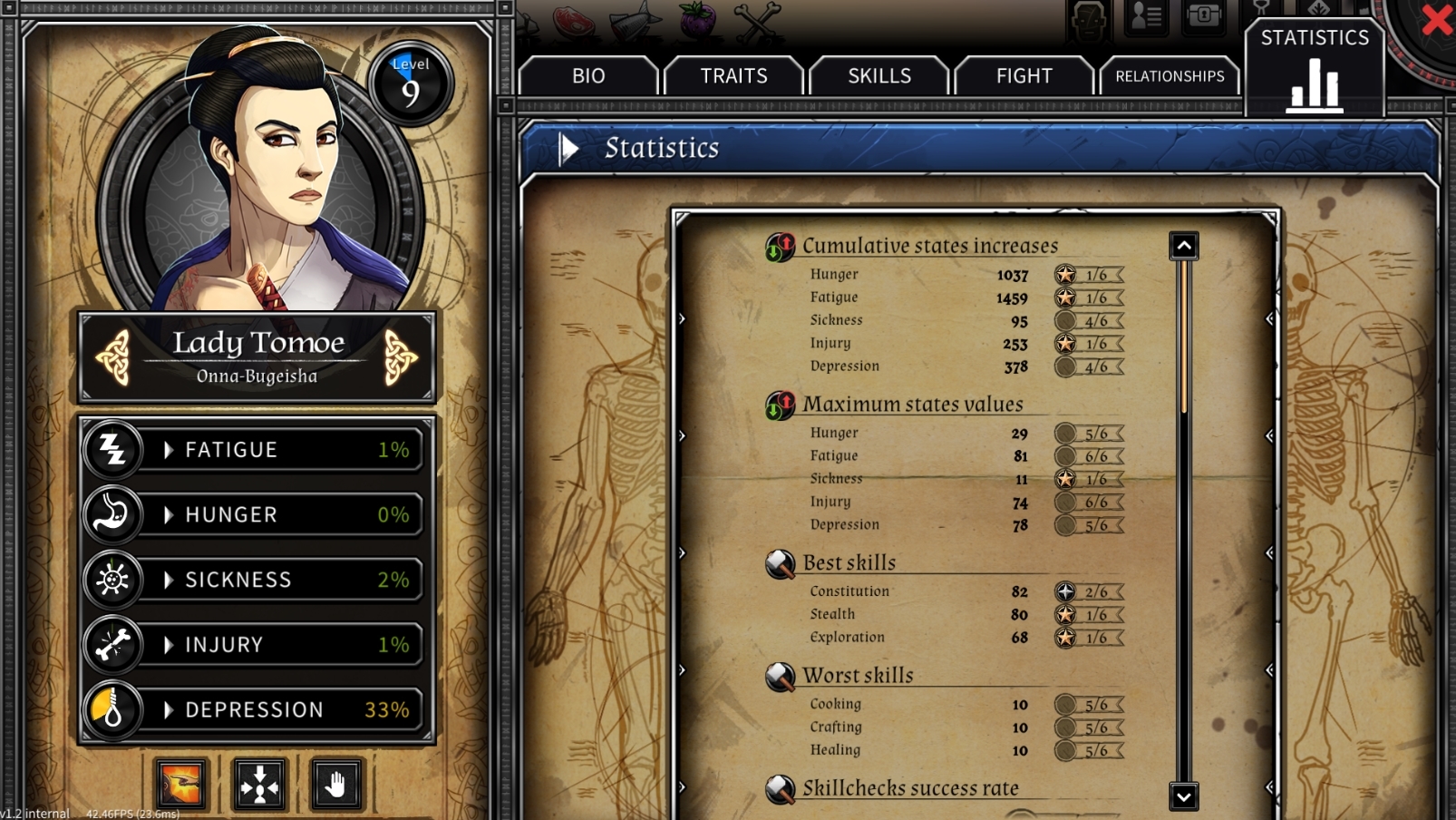 Look at this beauty!

Now you can easily check that Lady Tomoe nearly died of Fatigue, so you should take care of her! Poor Lady… Doing all the work by herself while the others have fun in the Tavern… No wonder she always looks so grumpy.

Phew! That’s all! As you can see, you clearly can make the game less RNG prone, or more, depending on your setup. We hope you’ll have fun playing with all these settings!

It’s a bit of an “expert” mode, so if you find some good set-ups, don’t hesitate to share them with other players!

We know it’s been a long time coming, but we finally has a release date! The second DLC for Dead In Vinland will be available on January 24th, so that’s next week!! 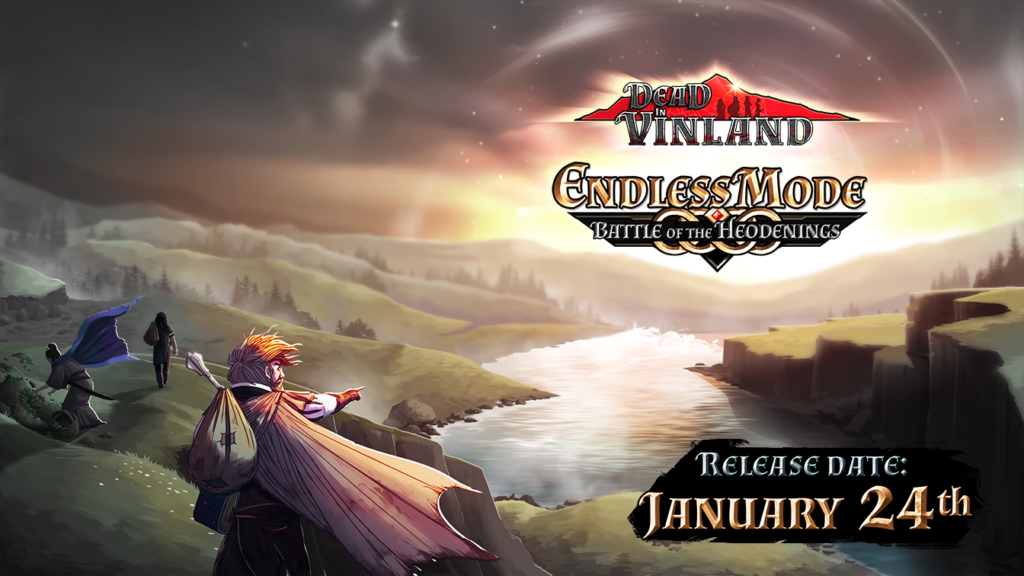 If you want to stay up to date with all the updates – be sure to follow us there: