Howdy, spellcasters! Fictorum is looking even better after another week’s worth of progress. In this update, we’ll be discussing two brand new manifest and piercing spell-shaping runes, progress on our Corrupted warrior, a recently created level, and new character titles available in our in-game history.

Posted by ScrapingBottomGames on Feb 22nd, 2016

Chip dug into two of the runes that have been on the list for a while. They are:

This rune functions differently depending on if the spell is a projectile or area spell.

The spell will pierce through structures and enemies, dealing damage to each one hit. Shaping towards this rune with a projectile spell will increase the maximum number of objects pierced.

Once the spell is cast, it will repeat at the furthest edge of the spell’s area of effect. Shaping towards the rune with an area spell with increase the number of subsequent casts.

This rune creates a magical manifestation of the element cast where the spell is cast. Shaping towards this rune will increase the lifetime of the manifestation. This functions differently depending on the spell school used:

A trail of fire is left in the spell’s wake, burning all that it touches.

Freezing wind and snow remain from the extreme cold of the spell, slowing all that cross through.

A volatile, crackling ball of electricity is formed, shooting small lightning bolts at enemies foolish enough to get close.

Azima has nearly finished the Corrupted warrior and we couldn’t be happier with her work. After some finishing touches, this cute little guy is ready to be rigged, animated, and fully implemented into our game.

We had mentioned in last week’s update that we have made serious progress on our in-game history. This week, we’ve carried that progress forward by fully implementing the majority of the titles we plan to use for alpha. The history will now award titles based on: 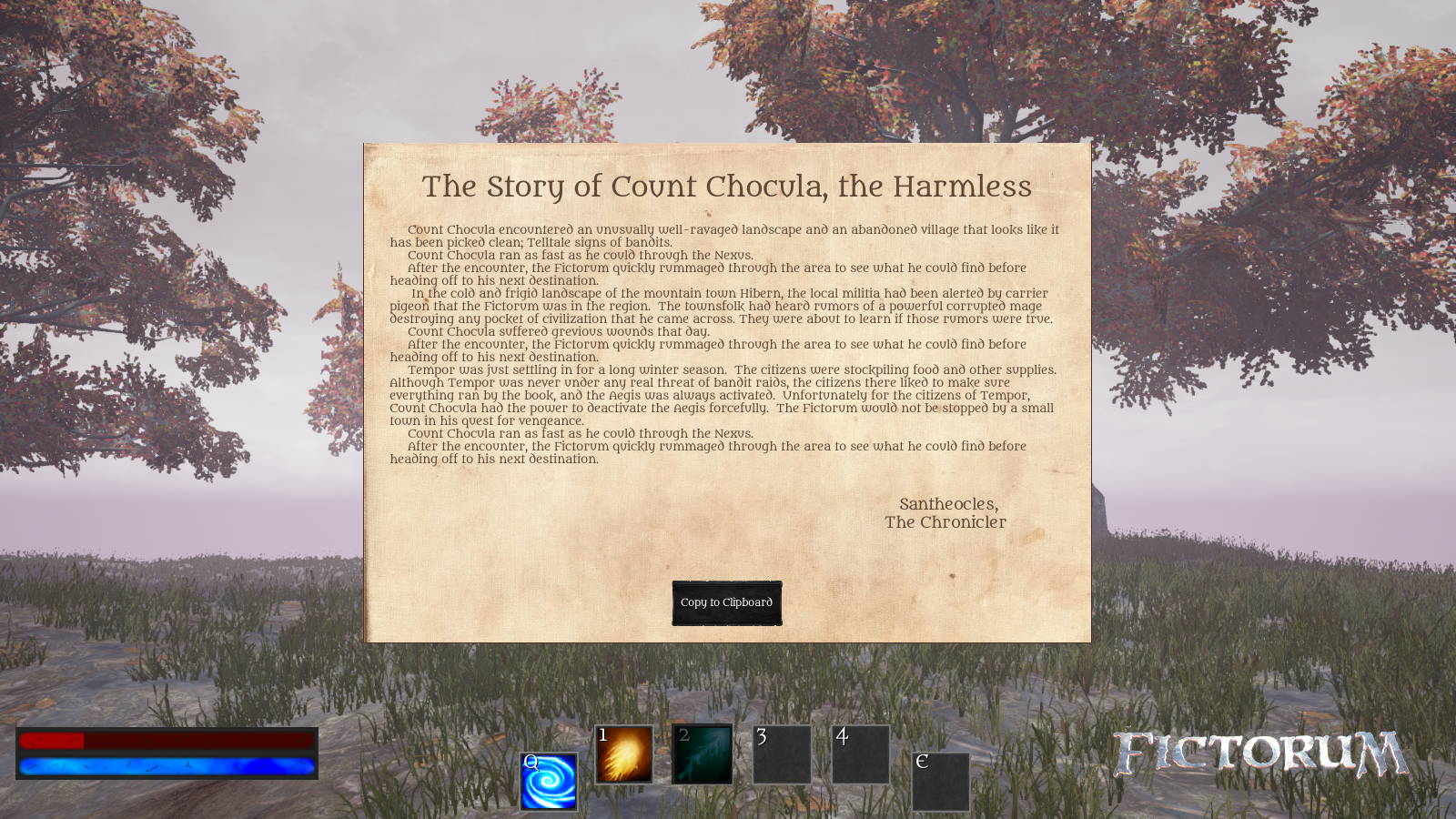 Greg cranked out a new level over the past week. This one sports tall ridges and verdant landscape

Here’s what we expect to get done over the next week: