Hi Sailors, it's that time of the month again! We spent the last couple of days improving the overall game feel and visuals, while also making a couple of new additions. 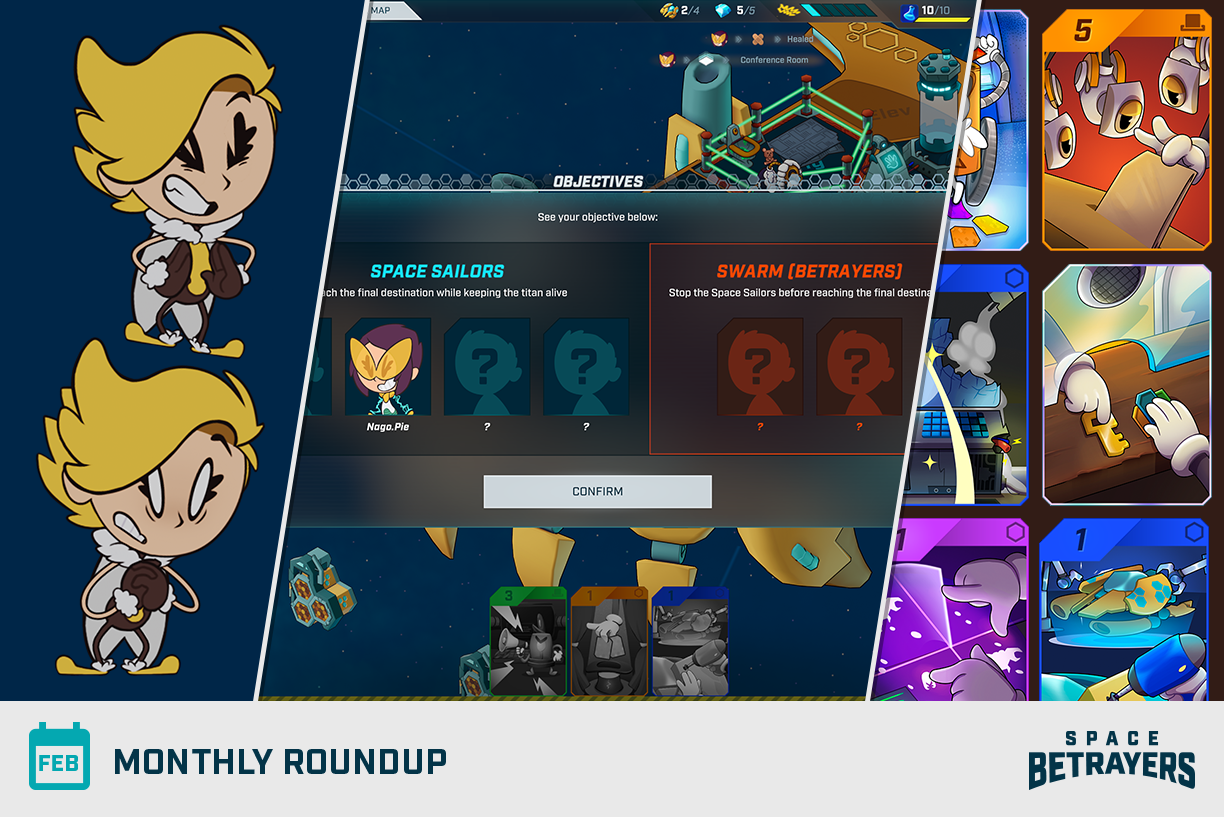 After a long time of work, all of the eight starting characters now have their basic animations. That said we can finally start to work on some new animations focused on more specific actions and moments.

Here is a small preview of two of these new animations:

The Star Relic model is almost done, there is still work to be done on the texture but its overall shape is done.

The Star Relic is an indestructible cube with powers and properties yet to be discovered. Its glow is a form of radiation that can be tracked down from very long distances. This radiation has a pattern that can look seemingly random but if properly harnessed can be used to calculate jump coordinates.

This is additional feedback of what and where a card will be played, used as an extra layer of feedback to help players quickly understand what his action will do.

Almost all interactions with the cards have been reworked to improve the overall feel on how easily the player can choose and interact with the cards.

In addition to these changes, the cards will now show some depth while rotating, making the card flip animations look better.

And finally, cards now rotate according to the pointer position, adding an extra layer of animation to the parallax effect.

Once again, we have some brand-new card artworks to show. 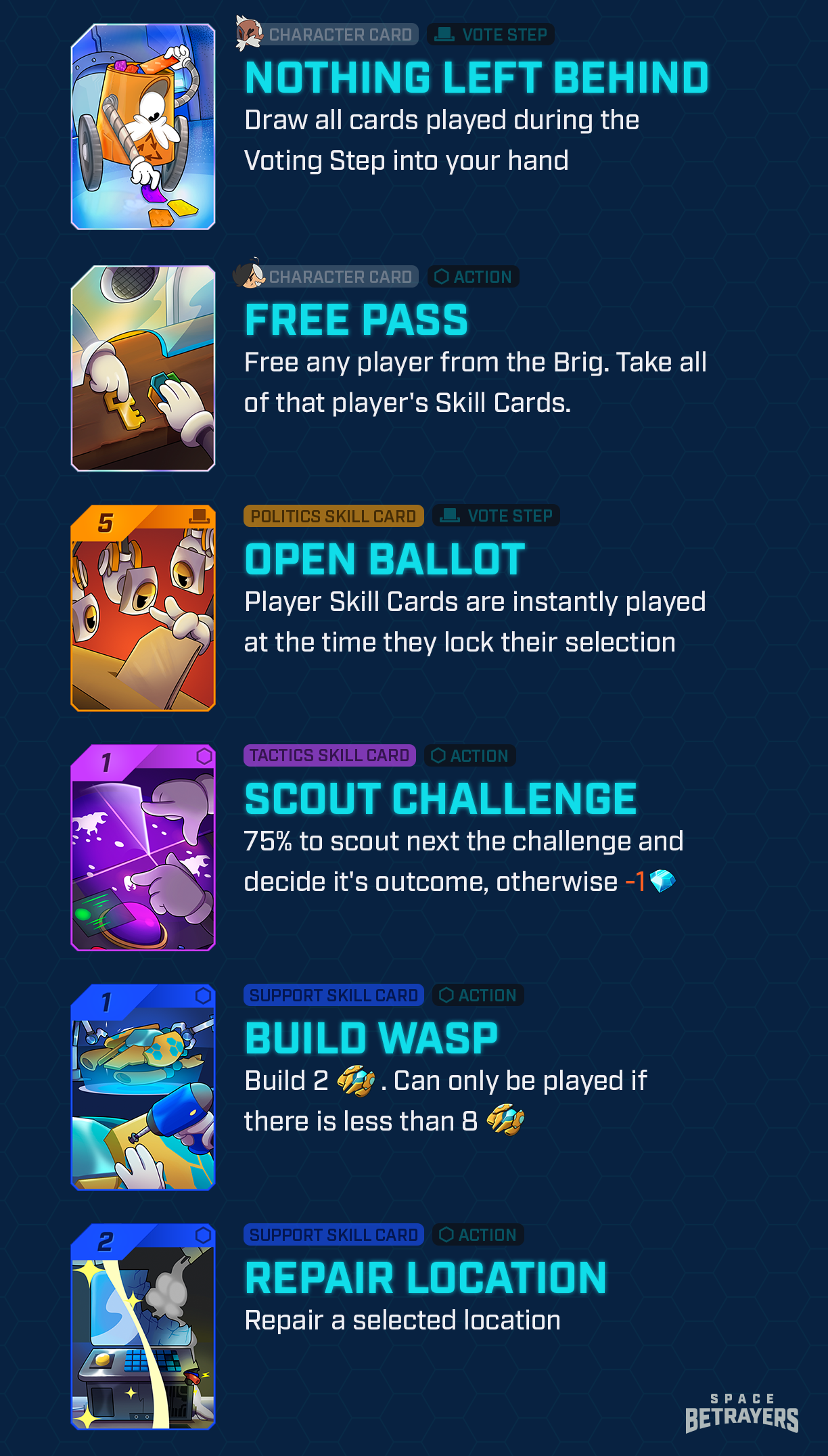 We also took some time to do some adjustments to the UI and improve our 4k support. 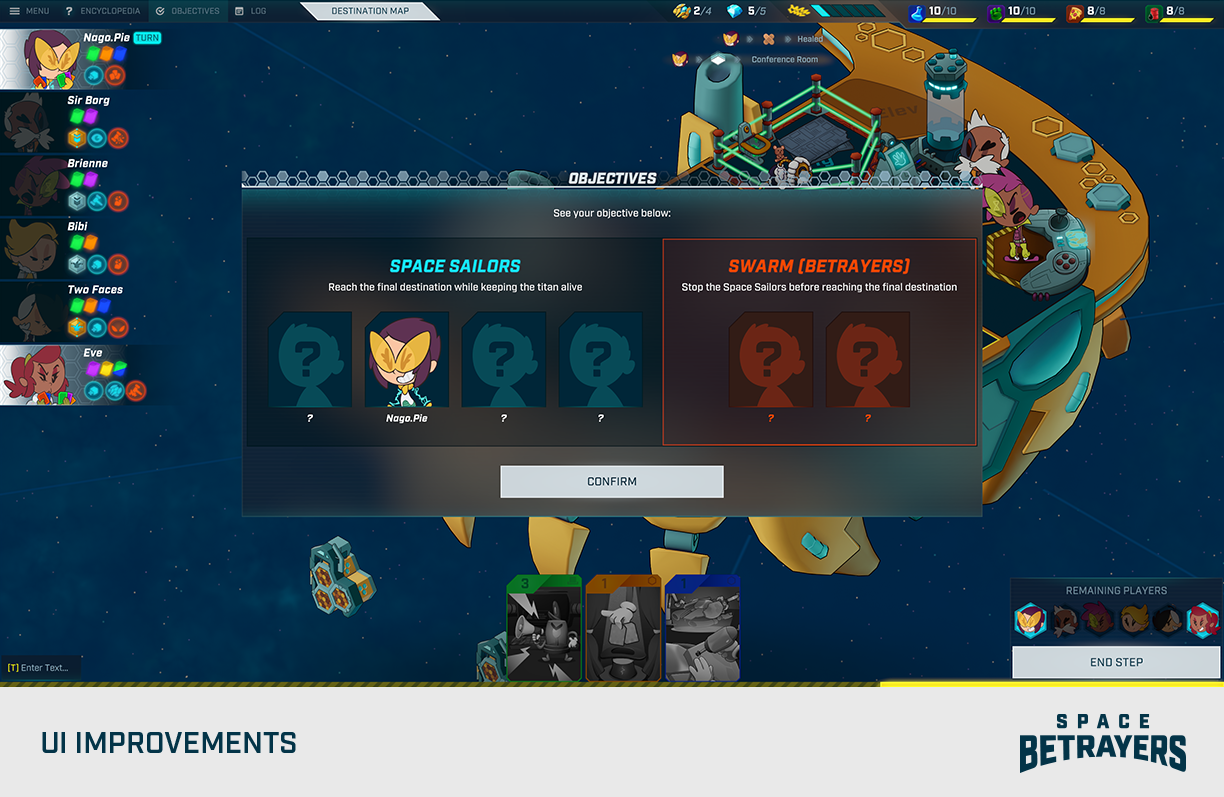