Hello !
My name is Tim and i'm responsible for enivronment art, level design, and a lot of the stuff that happens within UDK. Today i'd like to show you our new rock models.

My first attempt at making rocks was pretty basic:
Make a Sculpt in Mudbox, Decimate in Meshlab, then bake and use a tileable texture for diffuse.
Obviously my sculpting skills back then we're pretty much underdeveloped at best and i was just tranisitioning to udk from source, so i didnt really know what to do with the material editor either. 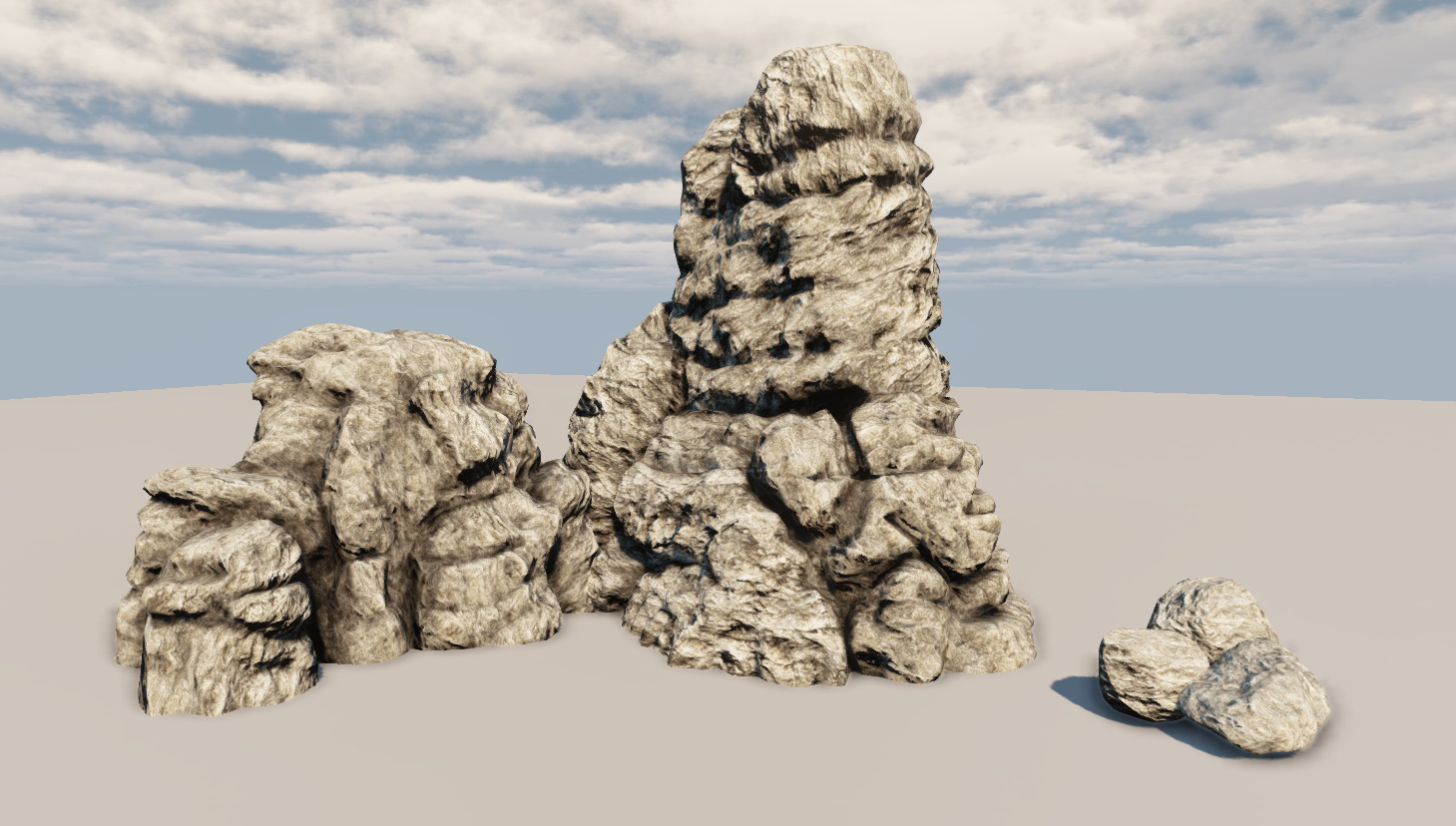 Since then some time has passed and i've learned a thing or two, but judge for yourself if you like the
new rockmodels better then the old ones. The following models all utilize the same master material shader and the same textures. 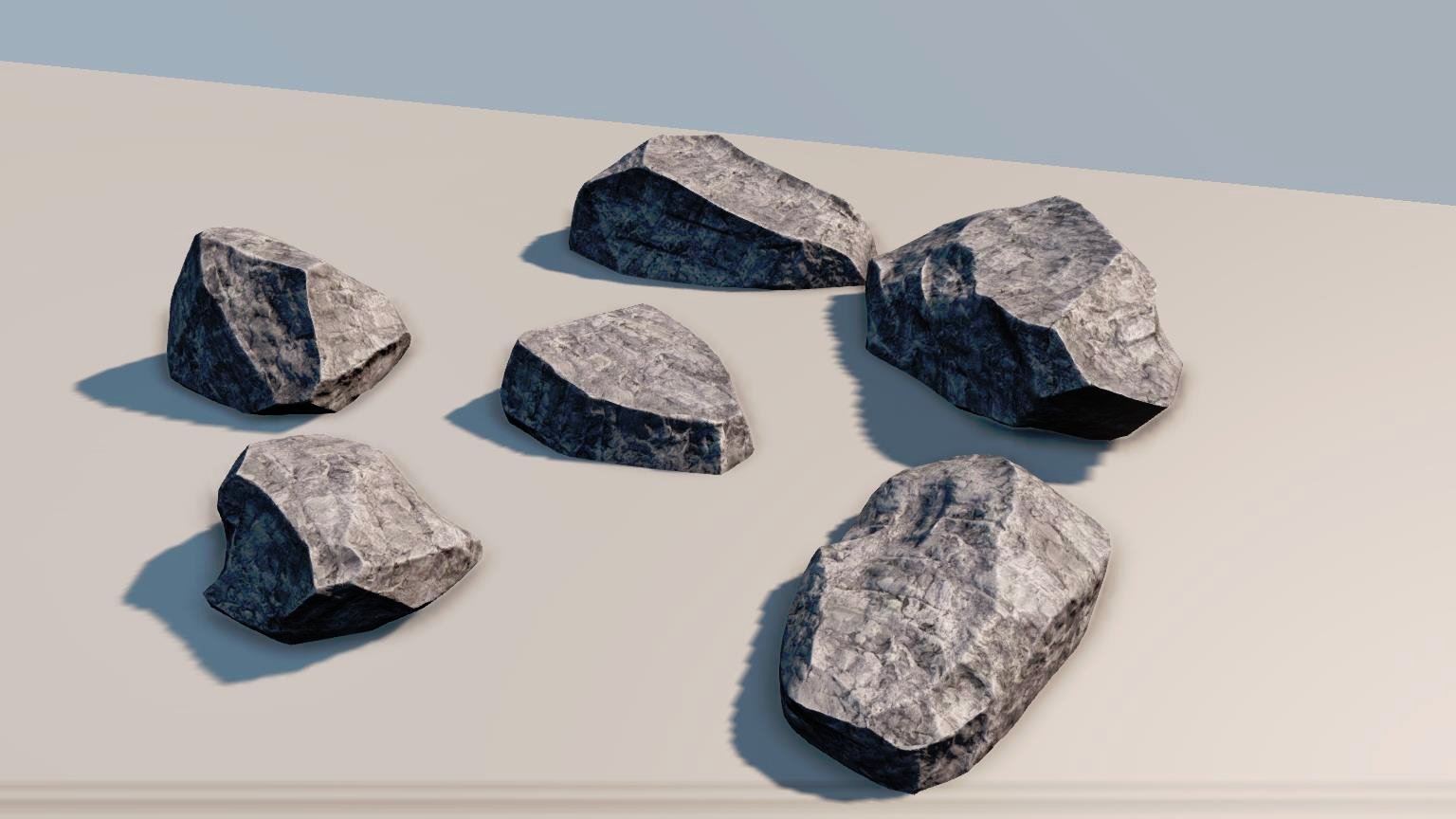 Small to medium size Stones. I tried to make them look interesting from every angle, so i can use them repeatedly over the level while eliminating the look of repitition by rotating, scaling and mirroring. The single Rock on the second Picture, was actually sculpted, baked and retopologized by our Concept Artist Hanschi.

Big Modular Cliff model, was designed to be repeated and combined in order to make large cliff groups as you can see on the next picture. This Model was a rather quick one to test the shader with, but i think i looks good anyway. 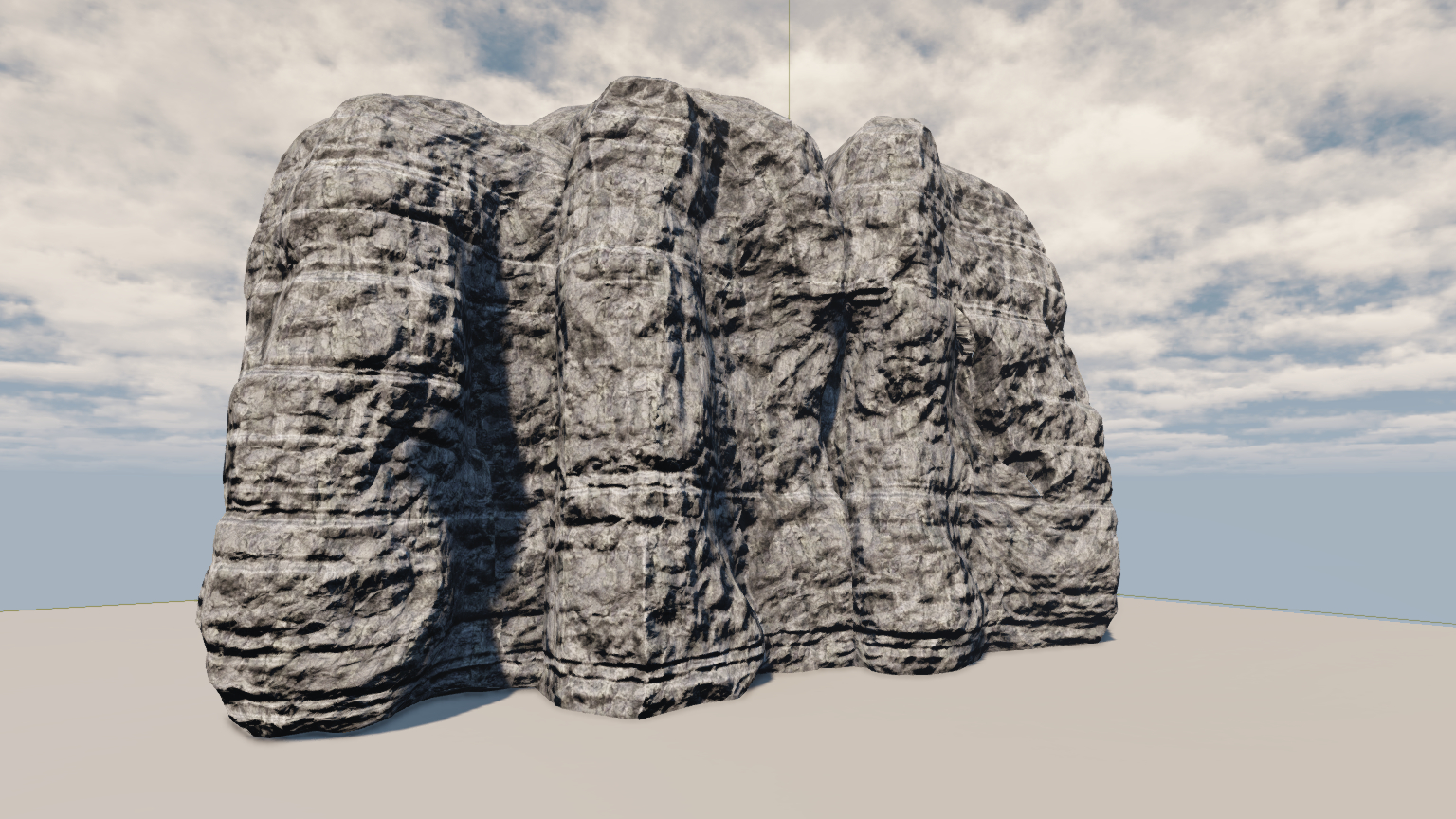 The rock shader features 1 baked normal map , and 2 detail normal maps which can be tiled individually and makes it easy to add small and big detail by generated normal maps and rather focus on the bigger shapes while sculpting.
Another thing I'm doing is mixing in an ambientocclusion/edgehiglight map with the diffuse, which really helps to define the model and break up the noticable tiling of the diffuse map.
The diffuse really is just a tileable texture but the advantage of this is that my shader automatically adjusts tiling in proportion to the scaling of the object in the world that this shader is applied to.

It's not perfect yet but i think i made some progress compared to the models i've created in the first place.
I hope this article hasn't been to technical for you, and if you have any questions just use the comment box and i'll answer them.

Last but not least a Screenshot from our Level featuring our rockmodels in action :)
Everything very "work in progress" of course 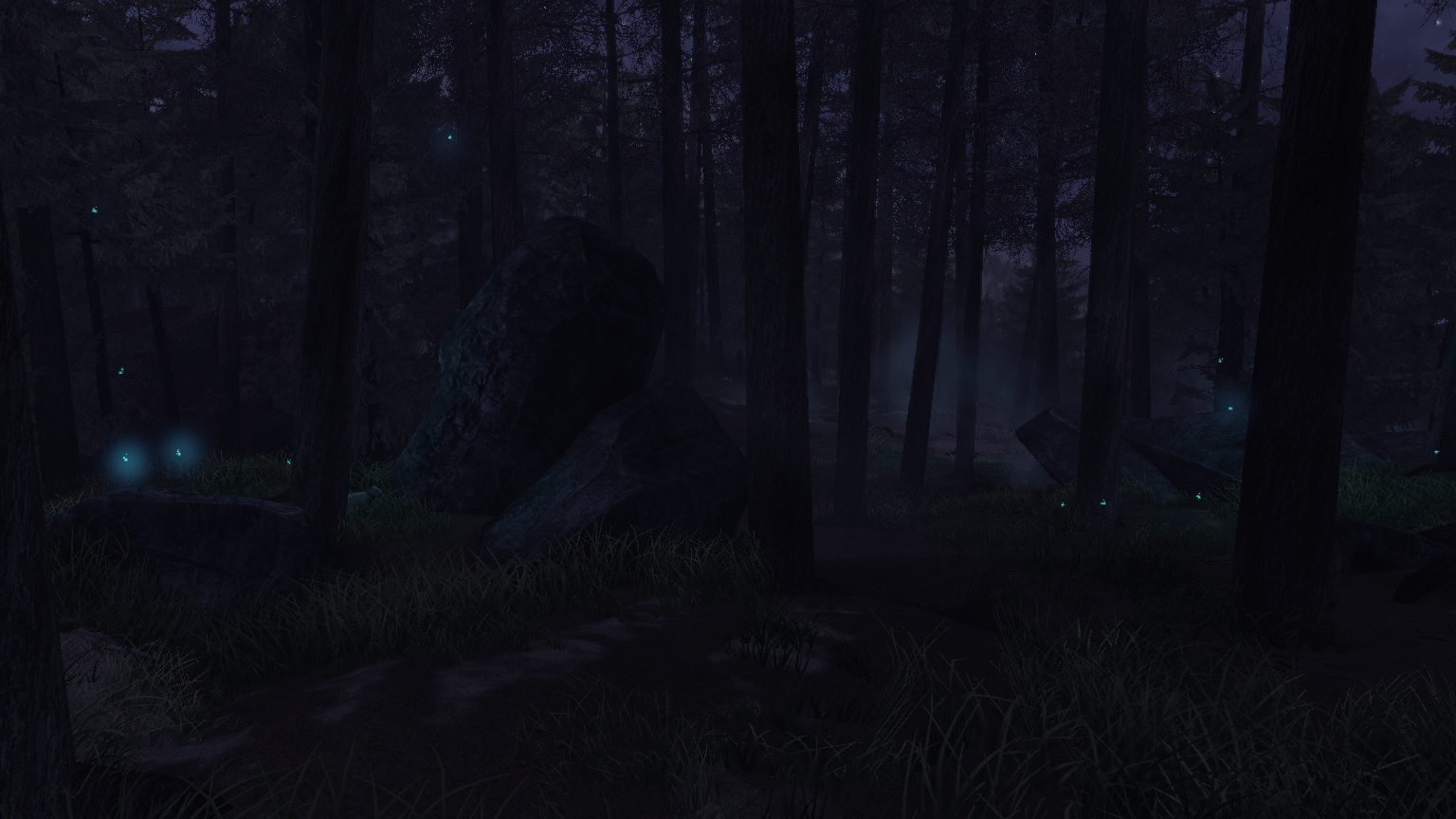 Looking good! I followed Wenda's tutorial for making rocks, too ^^

One thing though. The horizontal lines on the big rock - where do they come from? I'd expect this kind of line on a sedimentary rock near the coast. So rather on sandstone than on granite.

The smaller ones looks very good and clean. Using one master material on them is a smart move.

Screenshot: can't really see muuch, but it has a good atmosphere.

You might be right, these horizontal lines, might come out a little too strong. They're basically edge highlights that i mix in with the diffuse via my AO/EdgeHighlight-Map. Even Though they're not very noticable in the night lighting of our level, i will probably work on them some more in the near future.

It's a bit sad that you can't see that much on our screenshot, i already tweaked some values to get it brighter. But its always hard to make good night lighting. On different monitor setups the results can vary a lot!

We will probably make some kind of survey some time soon, to find a good solution for this problem.

i love those lines on the rocks, and its not true that they only are on rocks that are beside the see. Many rocks have them when they are deep in land. A left over from ages ago. i say, leave the lines in as they are, they give, to me, a realistic feel to it.

As always will people have different opinions, just make what you want and think is best. ofcourse listen to peoples comments, but don't change stuff just because someone thinks you should.