We start our marketing campaign and look into designing and modeling your first shop!

Marketing and your first shop

This week we've started the softest of launches, we in the long and short opened a Twitter account, in this week we've racked up a total of 64 followers.

We've so far found that gifs give a lot more impressions per tweet than anything else, but until we can (we hope we will be able to) gather up a few thousand followers it's difficult to see what this means.

So onto the content, this week I, Jona, started on the first shop, we're aiming for a Victorian style of architecture, combined with a semi-modern Mediterranean vibe.

Jona : The shop will be used a lot in marketing and as header for our Twitter, Facebook, IndieDB and webpage so it has to look good.

First up I drew a few thumbnails, here are the final three, big whop ain't it?

Next I blocked this up in 3ds max. making sure the main parts of the building were within range of credible scale.

Where do you place a door handle when the door has to be huge to account for the character's head accounting for 50% of the body volume? 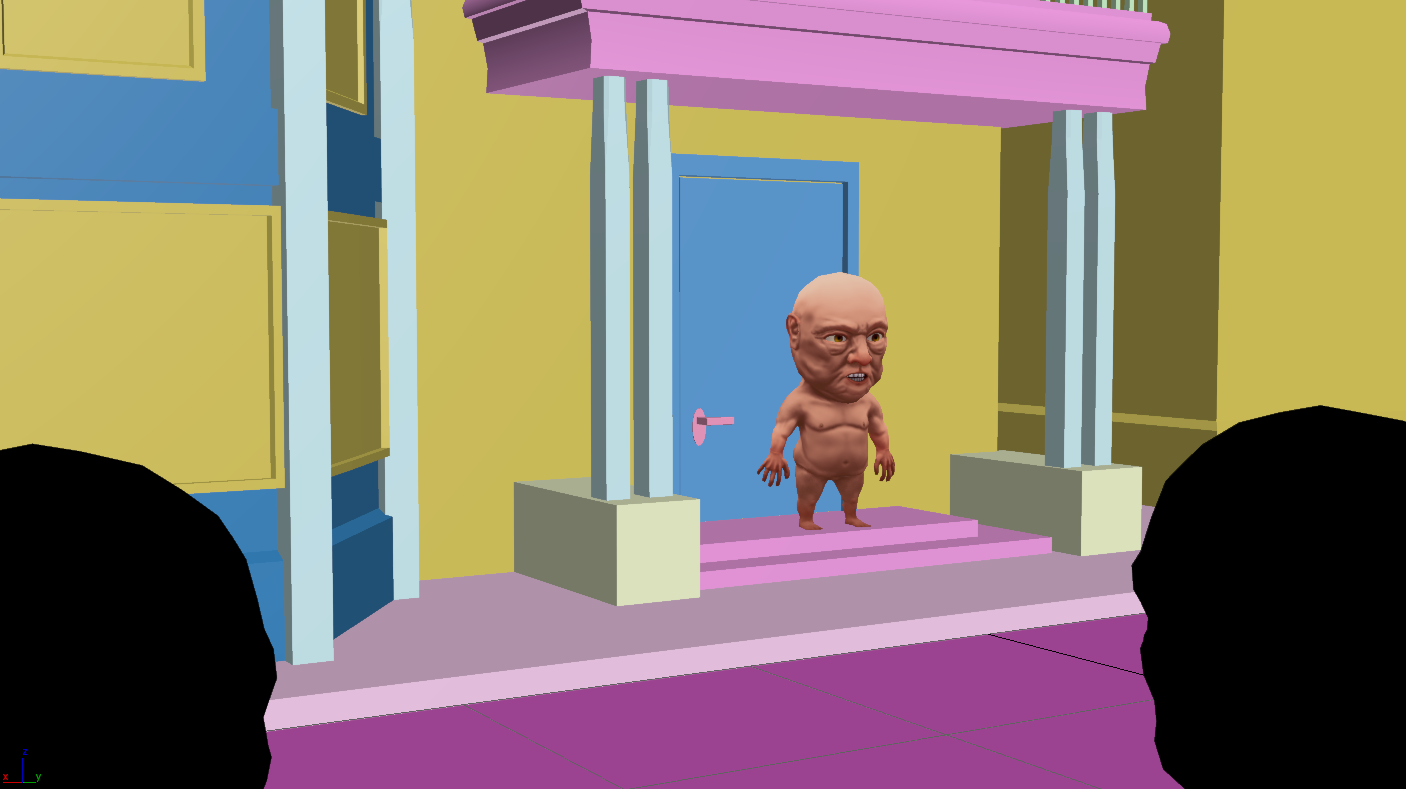 Blockout according to story board completed

While this is an important part of getting the game out there, with only one artist, we can't afford to waste too much time.

Therefor I decided to make modules which would be reusable over the course of the project, thus the breaking down of building components began.

Since geometry won't be an issue when it comes to performance using this art style, I am free to create chamfered borders to act as potential seam hiders. 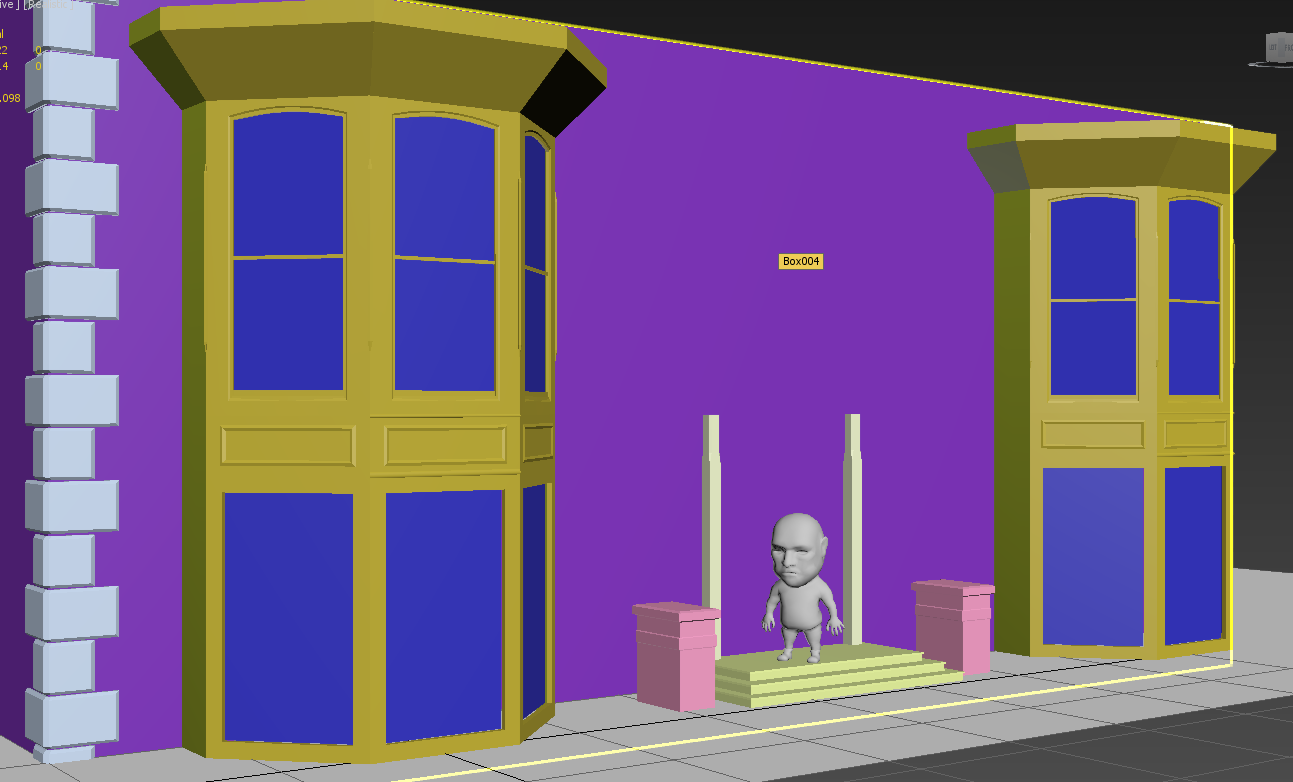 Using a character for scale

After creating the base building I threw on same basic materials to act as color place holders and material definition boundaries.

The building also looked quite dull at this moment, so I decided to add a tower in the middle, it may not be visible in the final shot but the final in game camera angle has yet to be set and it only took a few minutes anyway. 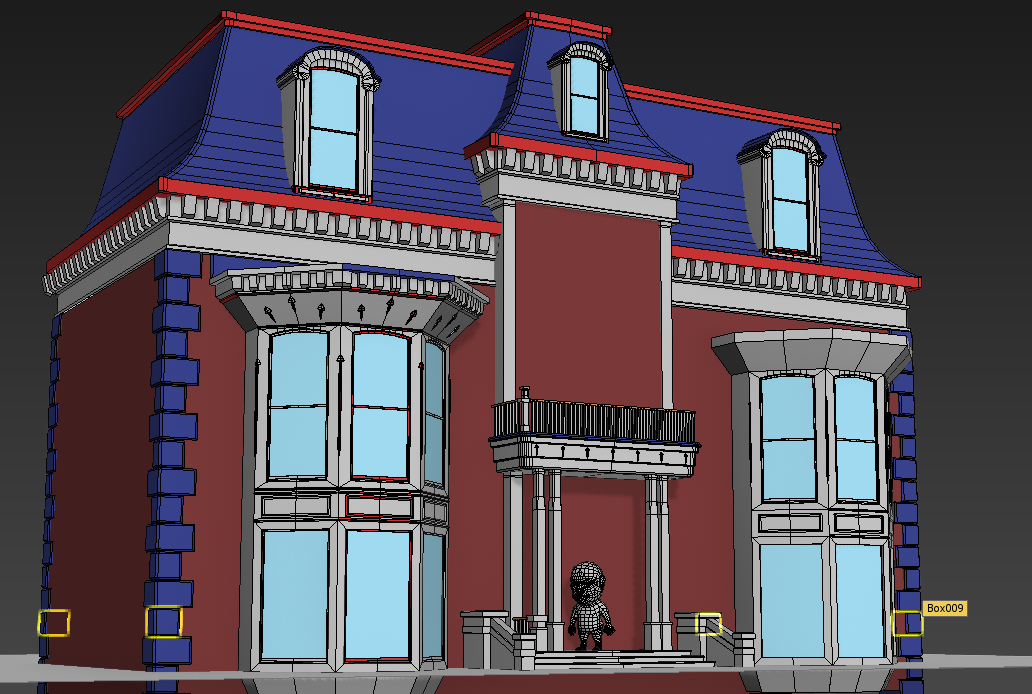 This is the design I settled on, a few changes will be made and more materials will be used than it has been divided into, next up is UV mapping. 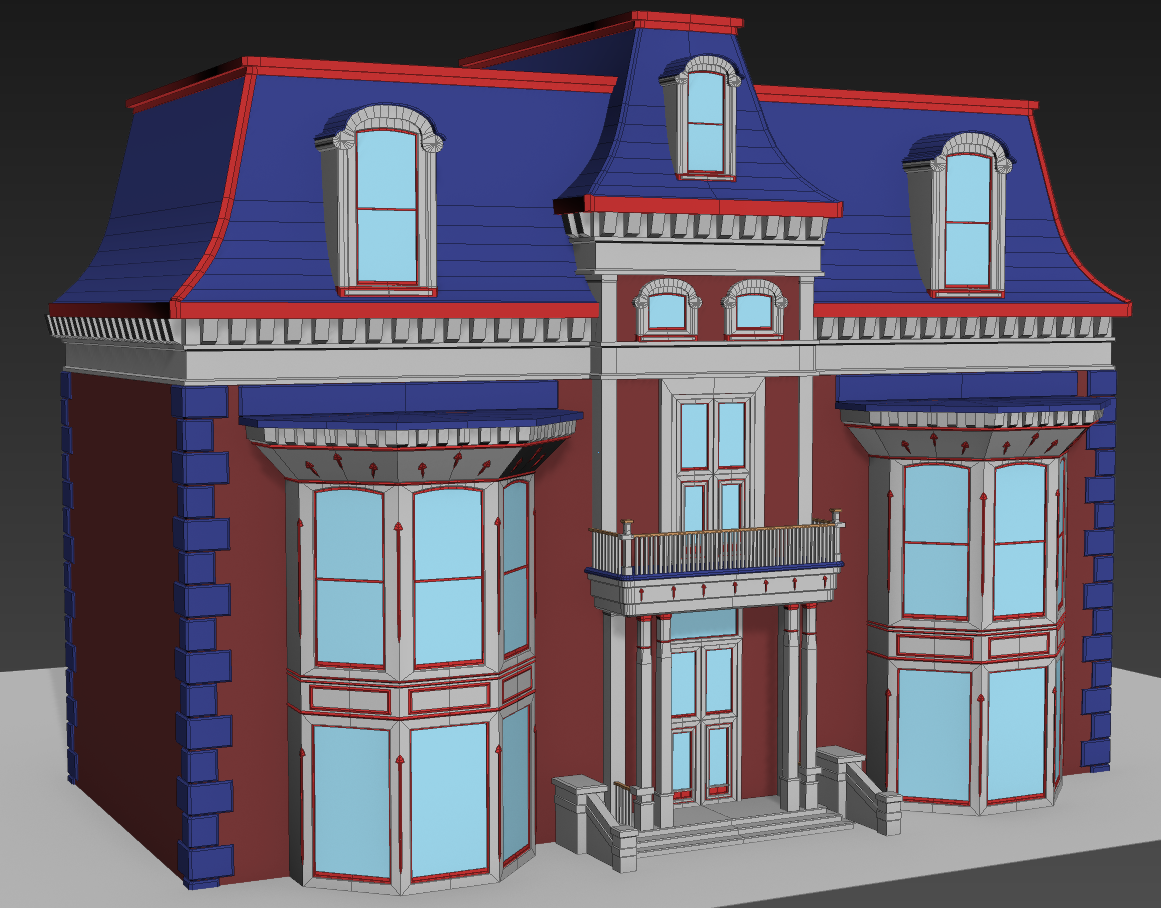 When it comes to UVing modular structures, the most important thing is that everything keeps the same texel density, otherwise, even with the nicest of textures, the asset will look unfinished, not to say ugly.

Also, follow us on social media (and here on IndieDB) so that you don't miss out on these posts!

With that we end our first indieDB development blog, we hope you've enjoyed it, another one will be coming in a week or two!