We are ready to present You the advanced NPC control system! With it's help you'll be able to give commands to specific squad members individually. This system will be useful for solving puzzles, taking the tactical advantage over the battlefield, lockpicking doors, safes, Combine consoles and much, much more. Thus said, Your companions will no longer be mere «cannon fodder», but Your comrades and squad mates.

Dear friends and fans of the Half-Life universe!

Today we will tell you about our new system of controlling friendly NPCs!

Perhaps, not everyone remembers the old system from Half-Life 2, so we'll start with talking about it. During the game the protagonist was always accompanied with two types of companions. The first type was the unkillable story characters that always were following the protagonist and sometimes were involved in scripted scenes, even if they were overwhelmed by enemies. The second type was the faceless dummies from the Resistance that were dying as fast as they were appearing. Both types of the followers were constantly jumping in front of the enemy's bullets and mostly couldn't navigate right during the level, and players couldn't even control them. The squad could recognize only two commands: «follow the player» and «go to a certain point». It was a very simple and thus a convenient system that has brought some diversity into the gameplay. However, knowing that the AI was not perfect and had it's fair share of problems at the time (we've already covered these problems), we couldn't leave the AI as it was. Another factor of the uselessness of the AI companions was that they were no more than the cannon fodder. 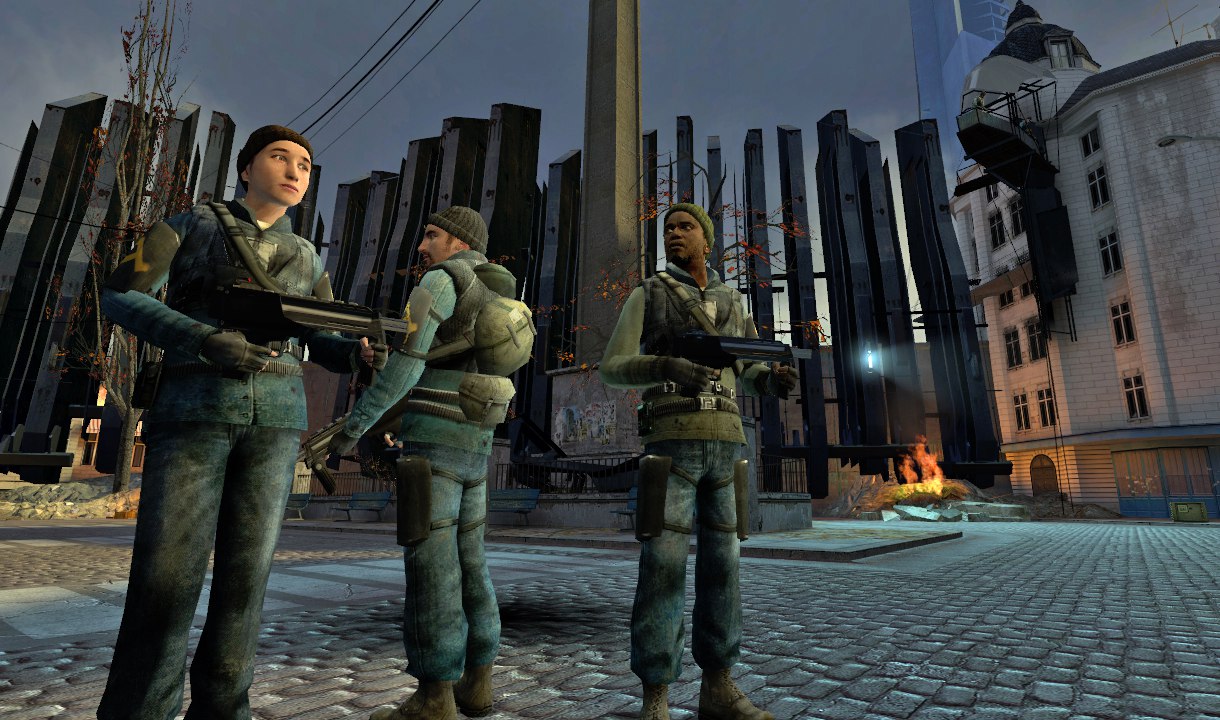 Taking everything said into account, we are ready to present You the advanced AI control system! With it's help you'll be able to give commands to specific squad members individually. This system will be useful for solving puzzles, taking the tactical advantage over the battlefield, lockpicking doors, safes, Combine consoles and much, much more. Thus said, Your companions will no longer be mere «cannon fodder», but Your comrades and squad mates. They will help You and do Your bidding and not just mindlessly run around You without minding the enemies and blowing up on their mines and dying by their bullets. 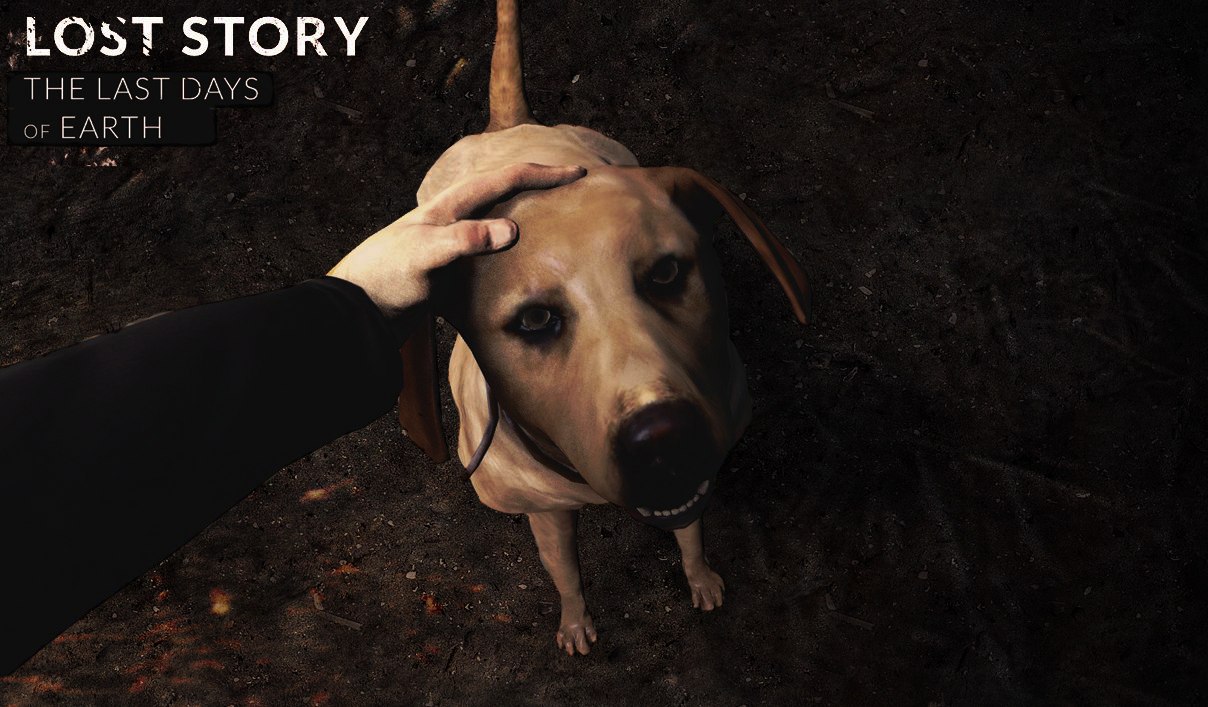 The system was initially created for controlling the dog follower. The main aspect of such system is solving puzzles by giving specific commands to Your allies to interact with certain objects on the level. After activating such «tactical mode» time would slow down and intractable objects would highlight for You. The system is context-based. To give an order for Your companion, simply aim at the specific object and click the LMB. The command mode would end automatically and Your companion will interact with selected object. For instance, if You'll choose the closed door, the companions will open in. If You'll choose the ladder, the companions will use it to climb up or down. If the companions are able to interact with certain objects in more than one way, then by clicking on the object a specific wheel menu with choices of action will appear. We liked the concept so much that we've decided to spread it for use on other friendly NPCs as well. 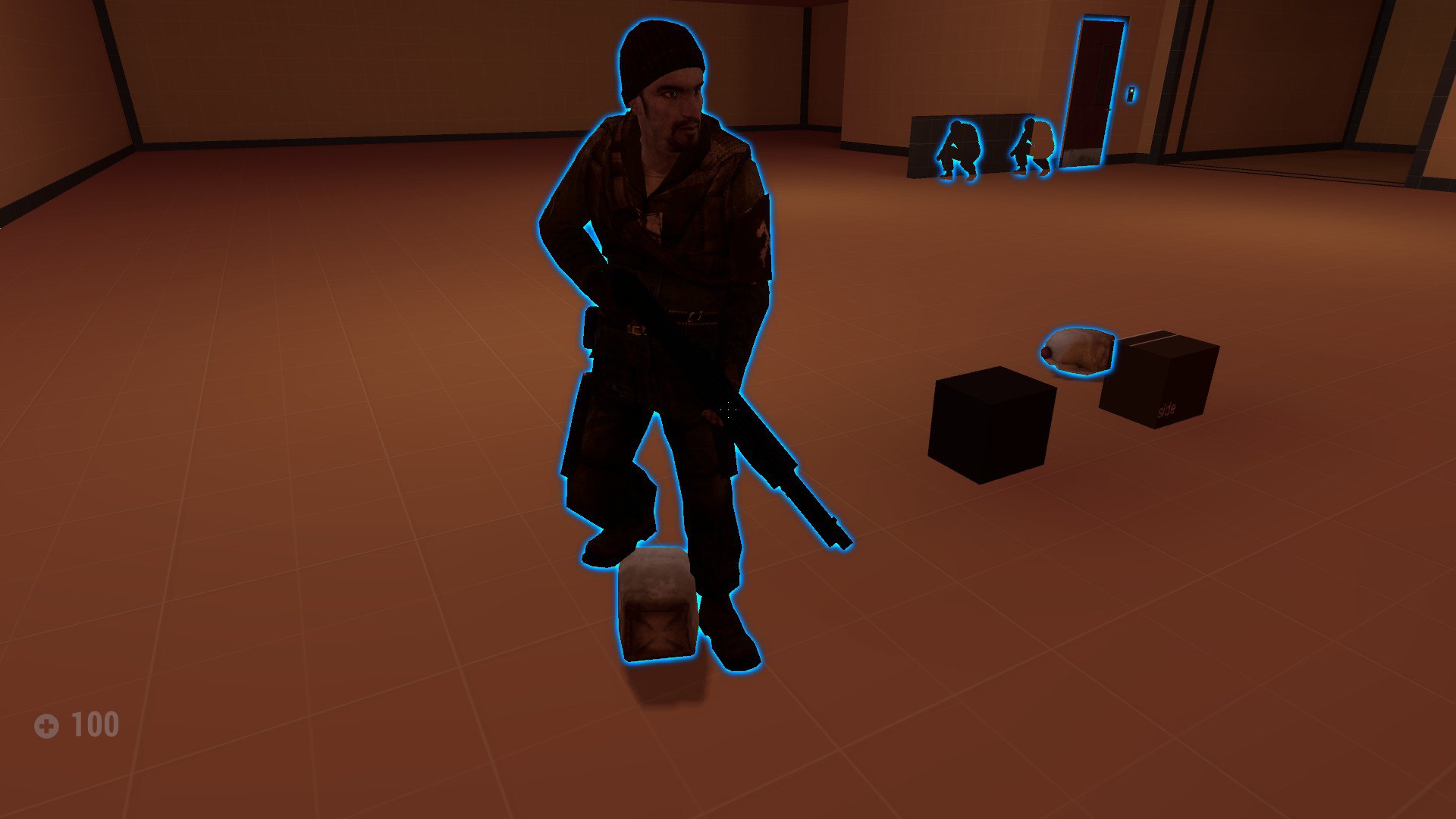 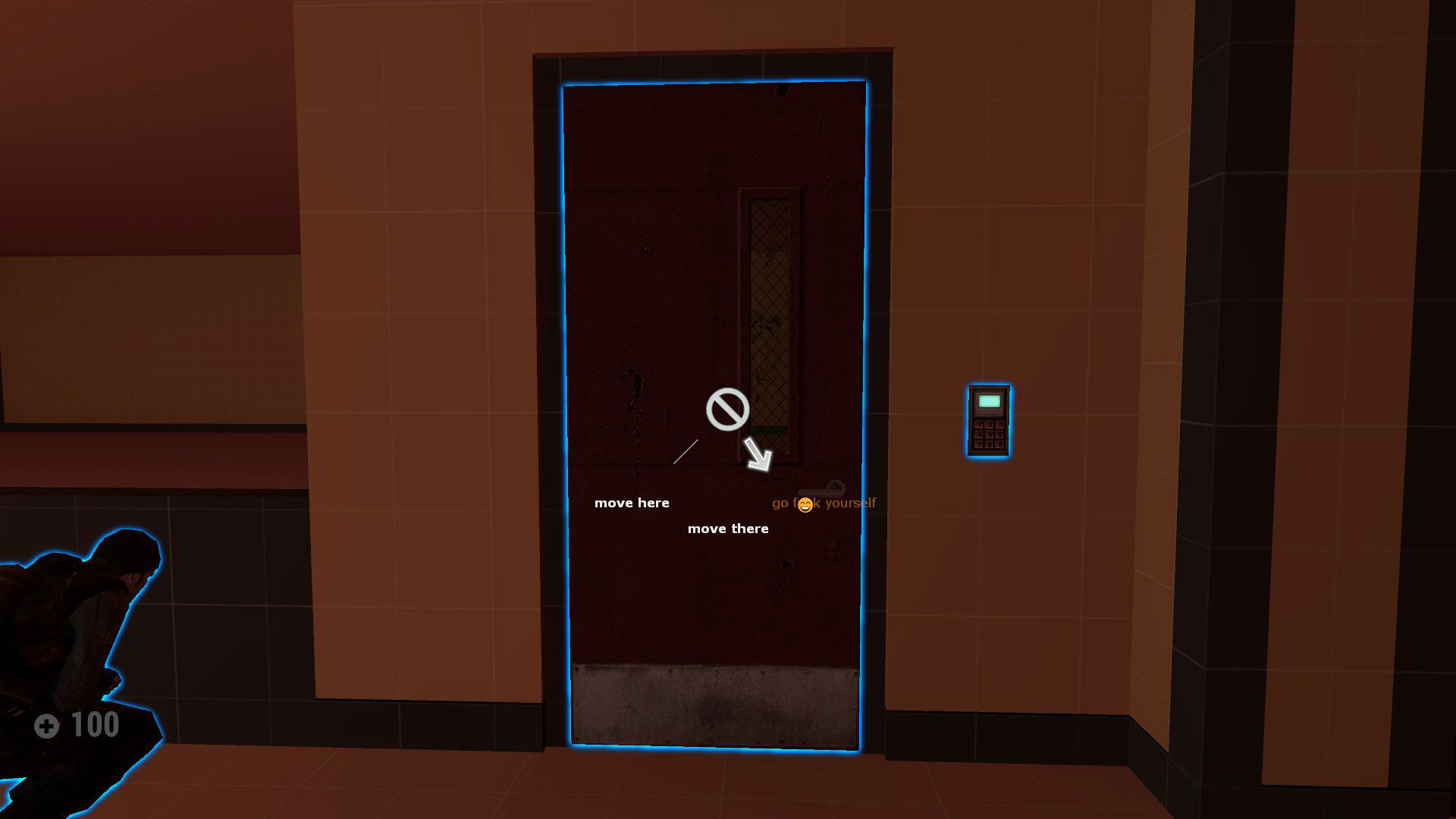 Aside from interacting with objects during the puzzles, Your comrades will be able to interact with the environment during the combat, for example You'll be able to mark cover points for Your companions or activate deadly traps for Your enemies. The standard HL2 commands remain here the same: «follow me», «go there» and «cancel last command». We really hope that this feature will expand the gameplay possibilities for the game universe as a whole. One thing we all should agree on is that companions are more memorable when they are useful and don't constantly jump in front of the bullets. :)

Here's a link to the demo video which depicts the command system on the test map:

As You can see, we've made a huge success in developing such mechanic despite such feature being unique for mods and games for the Half-Life universe. Of course similar systems exist in other games and they've been there for a long time already. We are studying the work of the other developers but we do not deny that we may have missed something. This is why we will be happy to know Your opinions and remarks concerning our work and additional actions that could be implemented in our system. :)

In conclusion we would like to bring You another exciting piece of news. We've prepared a small surprise for You! Specifically: a small video from the main menu of our game. You can also hear the main theme composed by our Alexey Khem (aka Alex Package). Rain makes everything better, enjoy Your meditation! :)

Next time we will share some information concerning a particular interesting topic which will be supported by an unusual for our format media-content. We hope that You'll enjoy our surprise. :)

And that is all for today! Don't forget to share Your opinion concerning our Dev.Logs and the development of the project. Your opinion is very valuable for us and motivates us!

Your frozen hedgehogs in shades from
Rock Path Collective